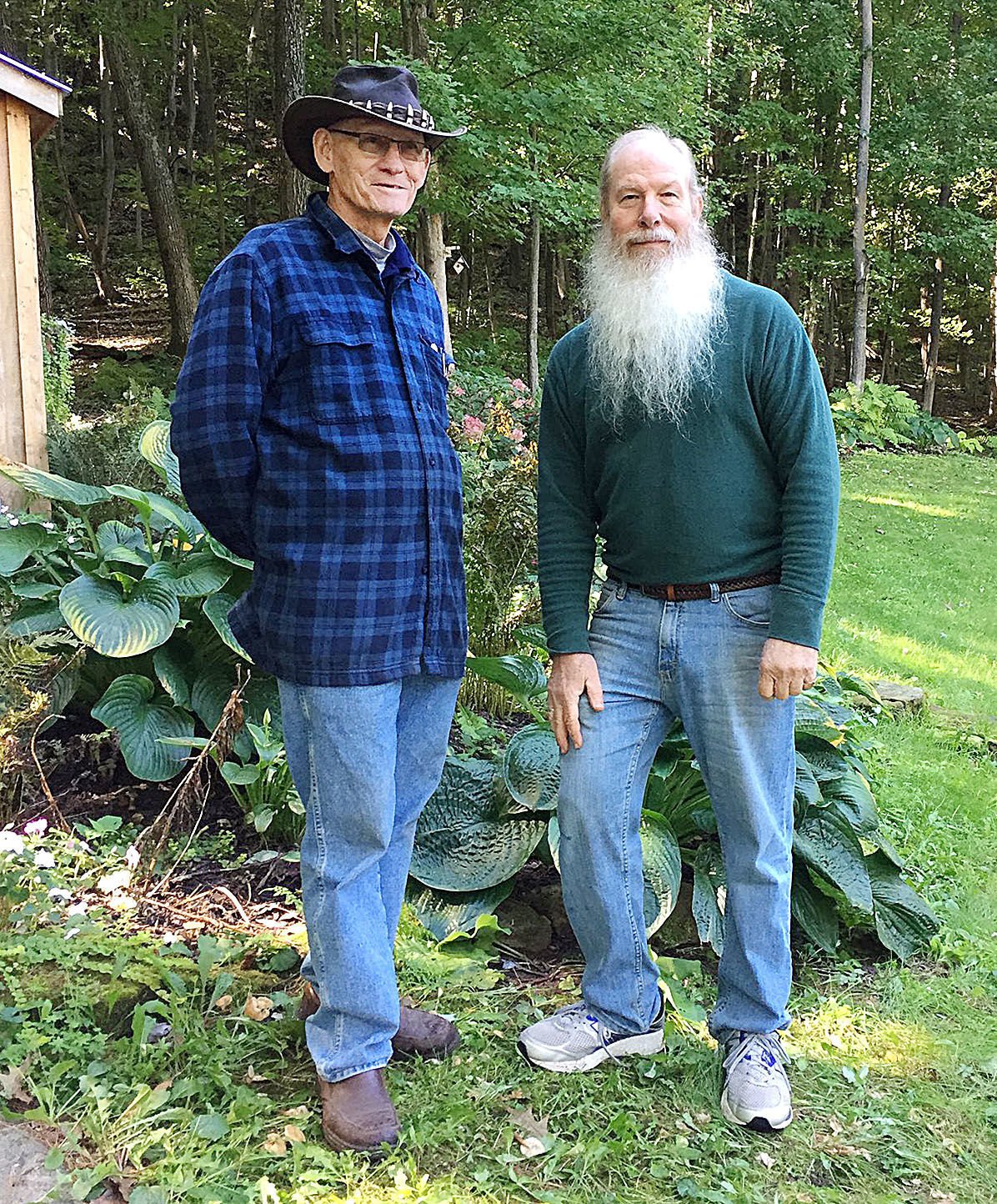 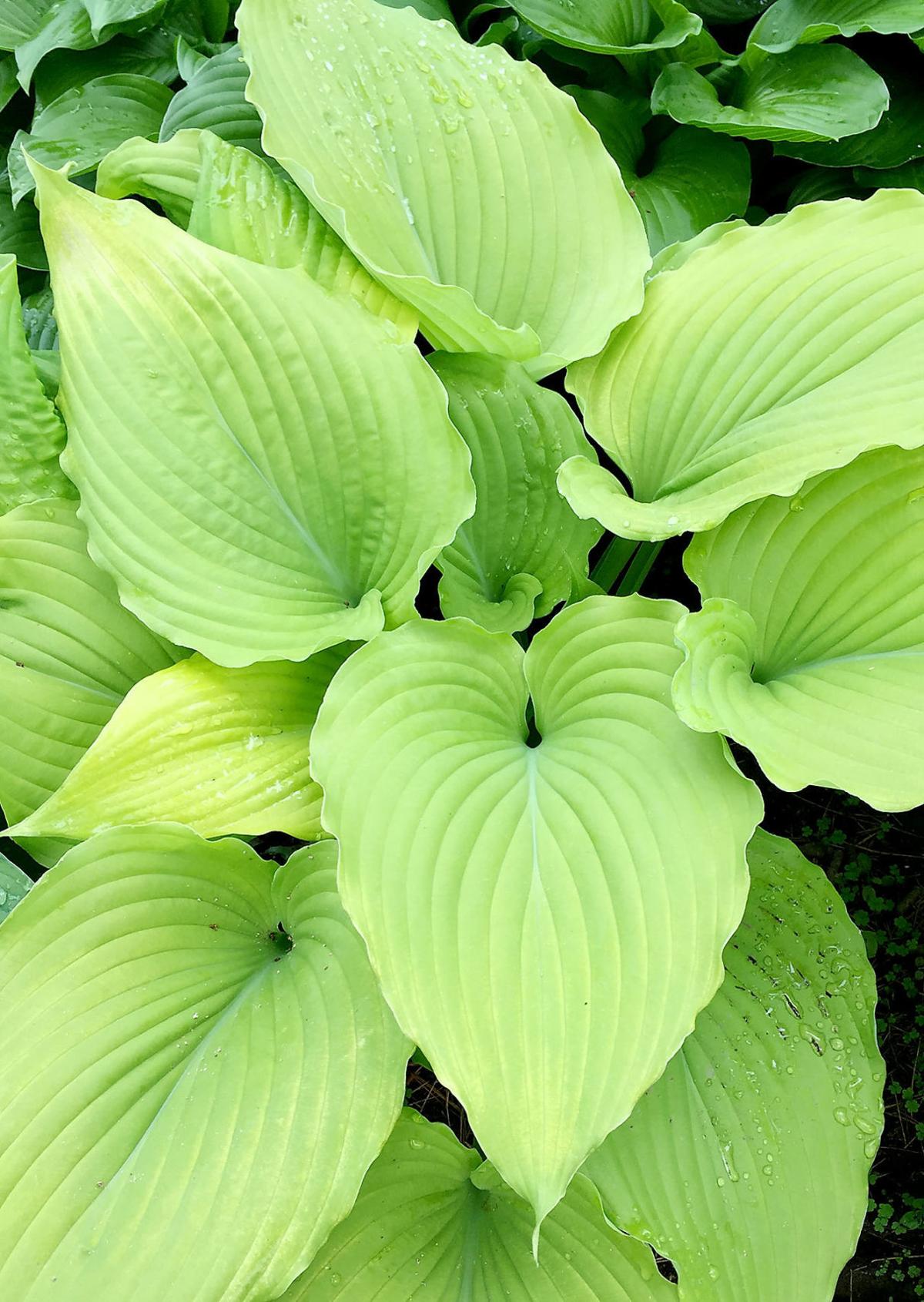 Colleen Marie, pictured last summer in Charlie Kwick’s yard, is one of the hosta breeds Bob Solberg took with him to tissue culture and reproduce for selling. 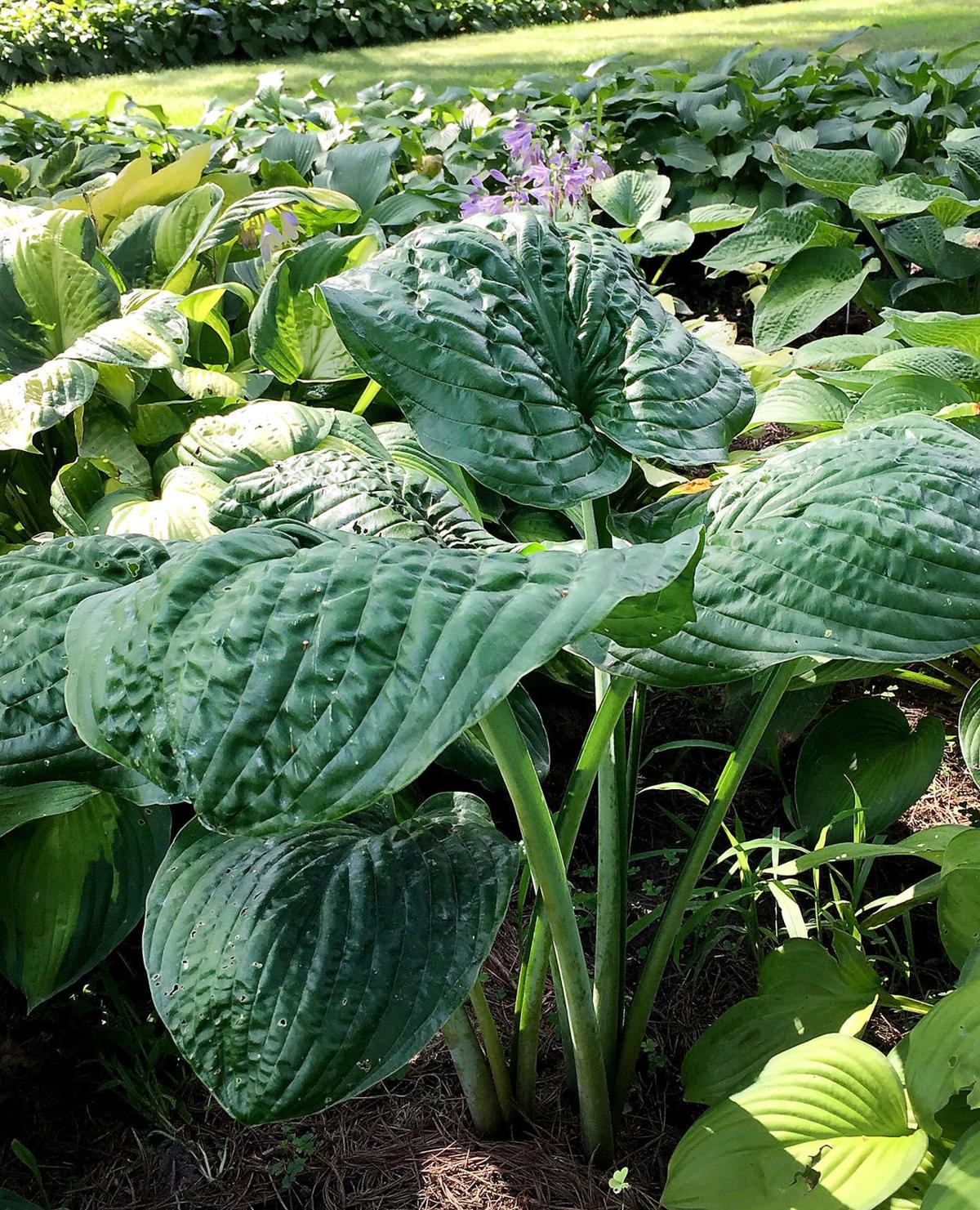 Big B, a hosta of Charlie Kwick’s creation, was selected for tissue culturing in September. The plant will be reproduced and sold internationally.

Colleen Marie, pictured last summer in Charlie Kwick’s yard, is one of the hosta breeds Bob Solberg took with him to tissue culture and reproduce for selling.

Big B, a hosta of Charlie Kwick’s creation, was selected for tissue culturing in September. The plant will be reproduced and sold internationally.

To Charlie Kwick, hosta gardening was always just hobby — something the 78-year-old decided to take up in his retirement along with golf and making jam.

But during the last decade, as the Eau Claire resident has gradually filled up his south side front yard with hostas, most of which of his own creation through hybridizing, it’s becoming clear Kwick’s passion for the shade-tolerant foliage plants isn’t just another hobby. It’s a talent.

Kwick has now registered nearly 80 unique breeds of his own hybridized hostas on the American Hosta Society’s online registry. Six of those have been selected for tissue culturing by Bob Solberg, an internationally known hosta hybridizer and seller.

The North Carolina-based “hosta giant,” as Kwick calls Solberg, travels around the country yearly to select only the best hostas to culture tissues from, then duplicate into thousands to be sold across the nation and around the world. Within the next two to three years, Kwick’s hostas will be among those Solberg sells.

“You know, I play golf in the morning and I come back home and play in my hosta garden in the afternoon. I thoroughly enjoy it,” Kwick said. “But it’s a hobby. I don’t really take it super super serious like a lot of people do.

“Although, registering 70 or 80 of them, that’s fairly serious in the hosta world I suppose,” Kwick added after some thought, chuckling. “But it’s just a hobby I enjoy, you know? ... I’m very very lucky to have him (Solberg) select six.”

Kwick began growing and hybridizing hostas in 2009 while spending time at a greenhouse west of Eau Claire that is now out of business. Retired as a physical education coordinator at the Eau Claire school district, Kwick was looking for something to keep him busy.

He began by collecting seed pods of big hostas from friends and area gardens and starting the seeds at the start of February on a heated table.

The garden that’s emerged at Kwick’s home at 3707 Glen Way is composed of a mix of commercial plants and his hybrids — hostas he created by dusting the pistil with the stamen from another plant. The process takes months to complete, but results in seedlings that grow to emulate characteristics from their “parent” hostas.

“I get a lot of compliments on my front yard. My wife takes care of the backyard and that way we don’t get in any fights,” Kwick said, laughing. “I consider myself a sort of ‘hosta farmer.’ My wife’s more of the gardener, I suppose.”

Kwick could keep only so many at a time, so he keeps his most unique hybrids and gives away the rest to friends and neighbors.

Sometimes Kwick would drop a bunch of hostas off on the side of Grover Road, and folks he’d never met would pick up one or two, or sometimes even fill a van with Kwick’s creations. By now Kwick has given away thousands of his his hostas.

“I would love to see some of those hostas now after people have had them for about three years,” Kwick said. “I never have any idea how some of them are going to look. At the time I just have to keep the ones that look best.”

In July 2017, Kwick’s garden garnered an article in the Leader-Telegram, attracting hosta lovers from as far away as Chicago and the Twin Cities, as well as Solberg, who Kwick was aware of because of his reputation as a grower and his serving as executive secretary of the American Hosta Society.

Kwick’s most exciting visit to date was when Solberg came to his home on Sept. 22.

Solberg said he knows “most everybody in the hosta business,” and he had heard of Kwick because someone sent him photos and told him about Kwick’s Eau Claire patch.

Because the Midwest has the best growing conditions in the U.S. for growing hostas, Solberg said he makes an annual trek through the area to find the best of that plant variety to collect to tissue culture his nursery, Green Hill Farm in North Carolina. He ultimately reproduces them to sell.

“I evaluate them (the hostas) and take the best ones,” Solberg said of his typical visits. “It makes me happy because their plants get distributed on a broader scale and (hosta growers) get a little money.”

Tissue culturing is a process to divide cells and reproduce clones of the mother plant, Solberg said. The process takes years to complete and must occur in a highly controlled environment.

Solberg said he had heard about Kwick’s garden and reached out to him. Solberg wasn’t disappointed with what he found there and said he was most impressed by the amount of plants that were the product of Kwick’s own seedlings.

“A lot of people collect thousands of hostas, but the interesting thing about his garden is most of all those plants were his,” Solberg said. “That was on the unique side. I was impressed by it.”

Solberg praised the health of Kwick’s plants, considering the fact that he visited at the end of September. Hostas typically peak for the season at the end of May through June.

For Kwick, Solberg’s visit was the culmination of a decade of harvesting hostas. He learned from Solberg that the names he chooses for his hostas may not always be the most appealing aspect of his creations.

Over the years Kwick has enjoyed naming his plants after his children and grandchildren as well as friends. Other plants’ names are inspired by stories with ties to Kwick’s life or to people he knows.

In that spirit, perhaps Kwick’s best-known hosta creation is named Kiss Me Kwick and Don’t Slobber in honor of a childhood memory.

Kwick grew up one of 10 children, and each morning before heading to school Kwick and his siblings lined up to kiss their mother. With so many children to give a goodbye kiss to each school day, their mother told Kwick and the others that those kisses had to happen quickly.

“You couldn’t dilly dally, that’s for sure,” Kwick recalled of those long-ago, off-to-school goodbyes.

That unusual moniker Kwick gave to the Kiss Me Kwick hosta attracted the attention of the Hosta Journal, a publication of the American Hosta Society, as described in an article titled “What’s in a Hosta Name? Part LXIV,” by Warren Polluck.

“Obviously, it’s a saying only indigenous to myself and my family,” Kwick said of that title. “So I do regret the name a little now.”

Sometimes the names Kwick gives to his hostas are inspired by a story regarding those plants. One of them is his creation Metamorphosis.

Kwick named another one of his hostas Hillary. In light of the 2016 presidential election, in which Hillary Clinton lost to President Donald Trump, and the political implications of that name, Kwick said Solberg gave him a little advice.

“He told me, ‘The name can help or hurt you,’” Kwick said, chuckling.

Still, Kwick noted Solberg ultimately selected Hillary as one of the six plants he took with him for culturing, along with Big B, Colleen Marie, Lady Peyton, Charlie Jane and Kim.

Over the last few months, Solberg said Kwick’s plants have done well and none have died, which can happen in the fragile process. He expects the plants will be on the market within two or three years.

“It’s quite an honor he visited my garden at all,” Kwick said. “Life is good.”