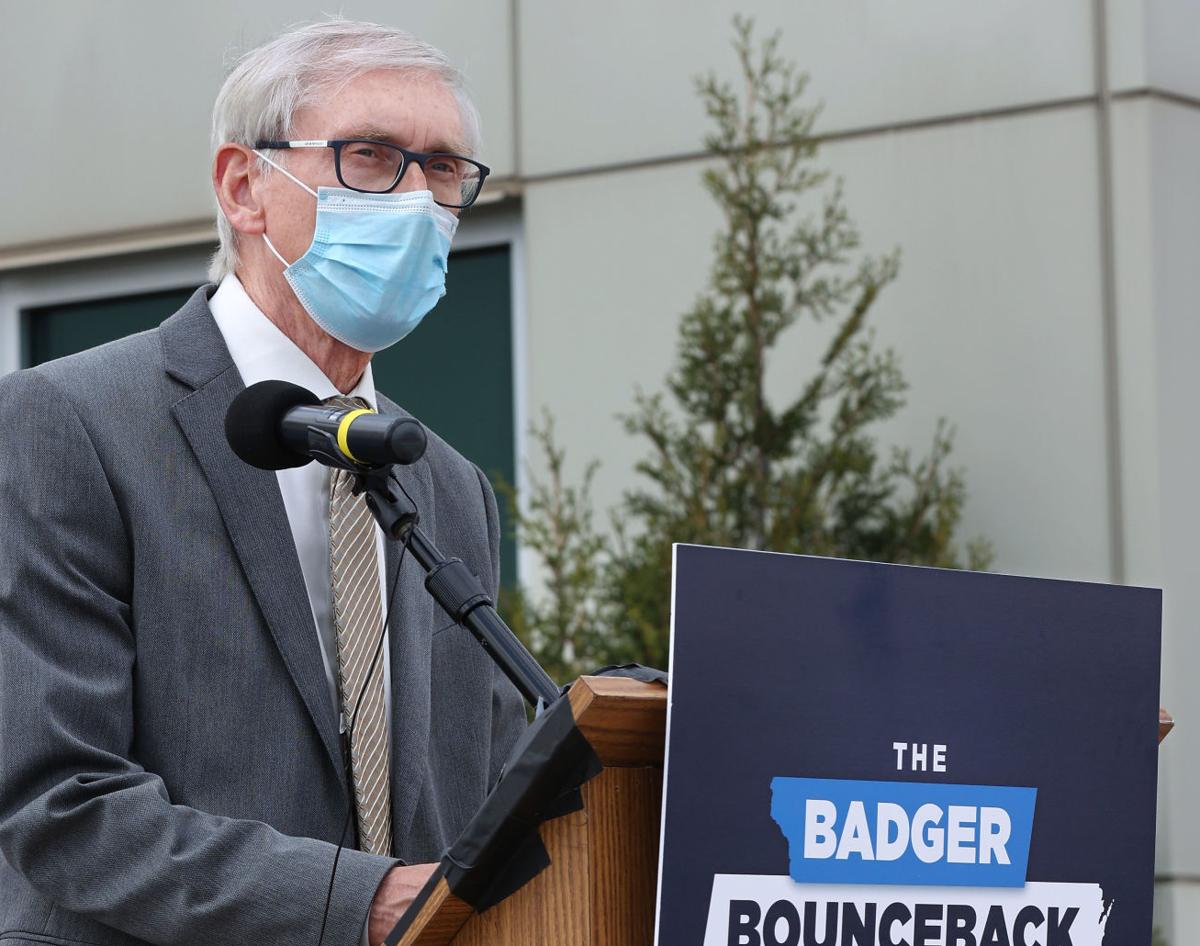 Gov. Tony Evers, shown speaking last month at a news conference at Chippewa Valley Regional Airport, said Wednesday that higher projected revenue estimates give the state an opportunity to increase spending on education and other areas. 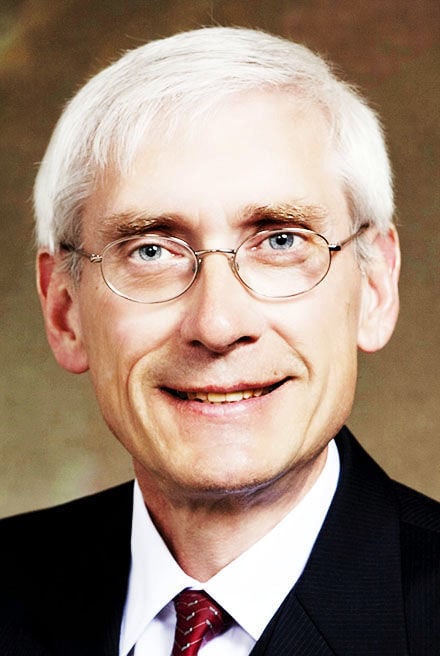 EAU CLAIRE — Gov. Tony Evers is proud of Wisconsin’s efforts to get residents vaccinated against COVID-19 but acknowledged Wednesday it’s too soon to declare victory over the pandemic.

“Wisconsin continues to be a national leader in getting shots in arms and we’re starting to see light at the end of the tunnel in terms of this pandemic,” Evers said in a press call with the Leader-Telegram and La Crosse Tribune. “But we’ve still got a long ways to go.”

Roughly 49% of the population in Wisconsin and 50% in Eau Claire County have received at least one dose of a COVID-19 vaccine, the state Department of Health Services reported Wednesday. Wisconsin has used 93% of the vaccine doses it has received, ranking second behind only New Mexico among the 50 states, according to a New York Times analysis.

Evers said it’s important for the vaccination rate to keep climbing, as some experts have estimated that at least 70% of the total population should acquire resistance to the coronavirus through vaccination or infection to reach herd immunity, when transmission of the virus substantially slows because so many people are protected.

“Getting vaccinated is one of the most impactful ways we can keep friends and loved ones safe and help our economy bounce back,” Evers said.

Yet the governor acknowledged that the vaccination rate has plateaued after an initial period of strong demand when the vaccines first became available to new groups of people. The state’s seven-day average of vaccine doses administered was 14,100 on Tuesday, down from a peak of about 64,000 in mid-April.

“We’re still inoculating thousands of Wisconsinites every day,” he said, but added that state and local officials and medical providers must continue efforts to educate residents about the vaccines and to reach out to those who have yet to receive a shot.

“We’re at a point now where it has to be hand-to-hand combat and making sure we make it easy,” Evers said.

Asked about the possibility of following the lead of New York, California, Ohio and other states that have boosted vaccination rates by launching lotteries with potential prizes of $1 million or more for people who get vaccinated, Evers said it’s still possible Wisconsin could consider financial incentives, although it’s not his preferred strategy.

“We should be able to do it by making people understand how important it is,” he said, pointing out that he’d rather use federal money to support businesses and help Wisconsin’s economy grow.

Evers also made it clear Wednesday he is not happy with Republican leaders on the powerful Joint Finance Committee who he said have “gutted” his 2021-23 state budget proposal.

He criticized the Republicans for eliminating his call to expand BadgerCare, and thus missing out on over $1 billion in federal money, and for trimming his proposed increases in K-12 and higher education funding.

The cuts are especially disturbing in light of Tuesday’s announcement by the nonpartisan Legislative Fiscal Bureau that the state is projected to receive $4.4 billion more than previously expected in revenue, the governor said. The unprecedented boost in tax collections is attributed to an improved economy emerging from the pandemic.

Evers, who announced last weekend that he would seek reelection in 2022, said the additional revenue shows his administration’s hard work on the pandemic has put the state in a strong position to bounce back and renewed his call to spend more on priorities he laid out in his proposed budget, including education, broadband, transportation and building projects.

“There is no excuse not to fix this budget right now,” he said. “The argument can’t be that the resources aren’t there.”

The budget as it stands includes less than 10% of what Evers proposed in new funding for K-12 schools, a level that puts $1.5 billion in federal coronavirus relief funding for schools in jeopardy.

Republicans, however, said the improved economy was due to the conservative state budgets they enacted over the past decade. They urged caution against spending the money on government programs and proposed cutting taxes instead.

Lake Hallie GOP state Sen. Kathy Bernier, a member of the Joint Finance Committee, issued a statement claiming the “massive surplus” is the result of fiscal restraint and smart budgeting by Republicans.

“All throughout this budget process we have been careful and judicious, funding agencies at appropriate levels and meeting the demands our state programs require,” Bernier said. “A rosy projection like this means we can concentrate on the goals of everyday Wisconsinites, like cutting taxes, supporting limited and effective government, and avoiding balancing the books on the backs of future taxpayers. This approach ain’t broke, so don’t fix it.”

Wisconsin’s budget committee was expected to complete its work next week and send the two-year spending plan to the Republican-controlled Legislature for votes likely by the end of this month.

The budget then would head to Evers, who has broad line-item veto powers and said Wednesday he hasn’t ruled out the possibility of vetoing the entire budget, although that isn’t his preference.