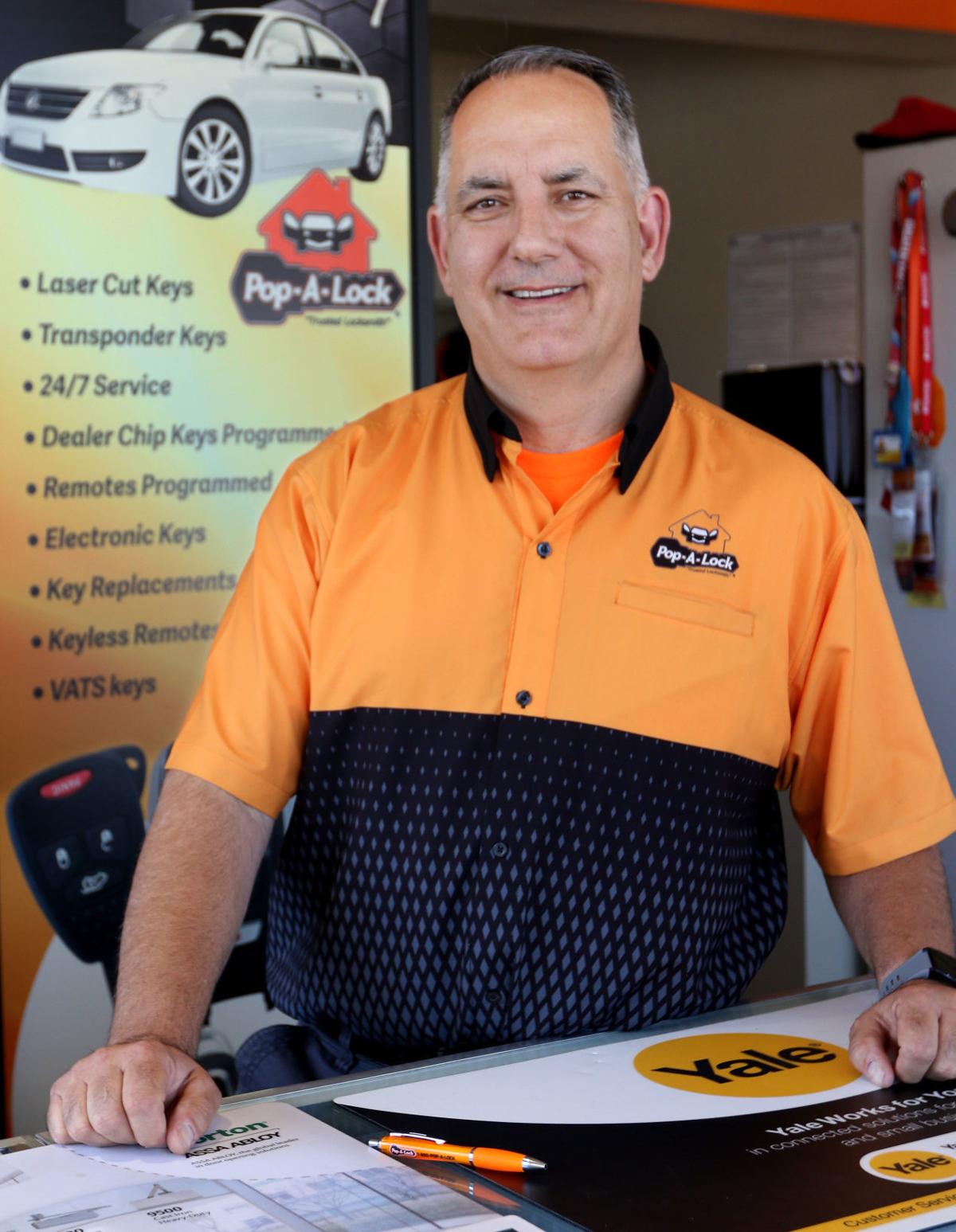 Chris Colbert, owner of Pop-A-Lock Locksmith, stands in his shop in Eau Claire Thursday. Colbert survived a heart attack in April, and says he’s warned his family and friends not to ignore the signs of health problems, though he was partly reluctant to visit the hospital because of the coronavirus pandemic. View more photos at LeaderTelegramPhotos.com. 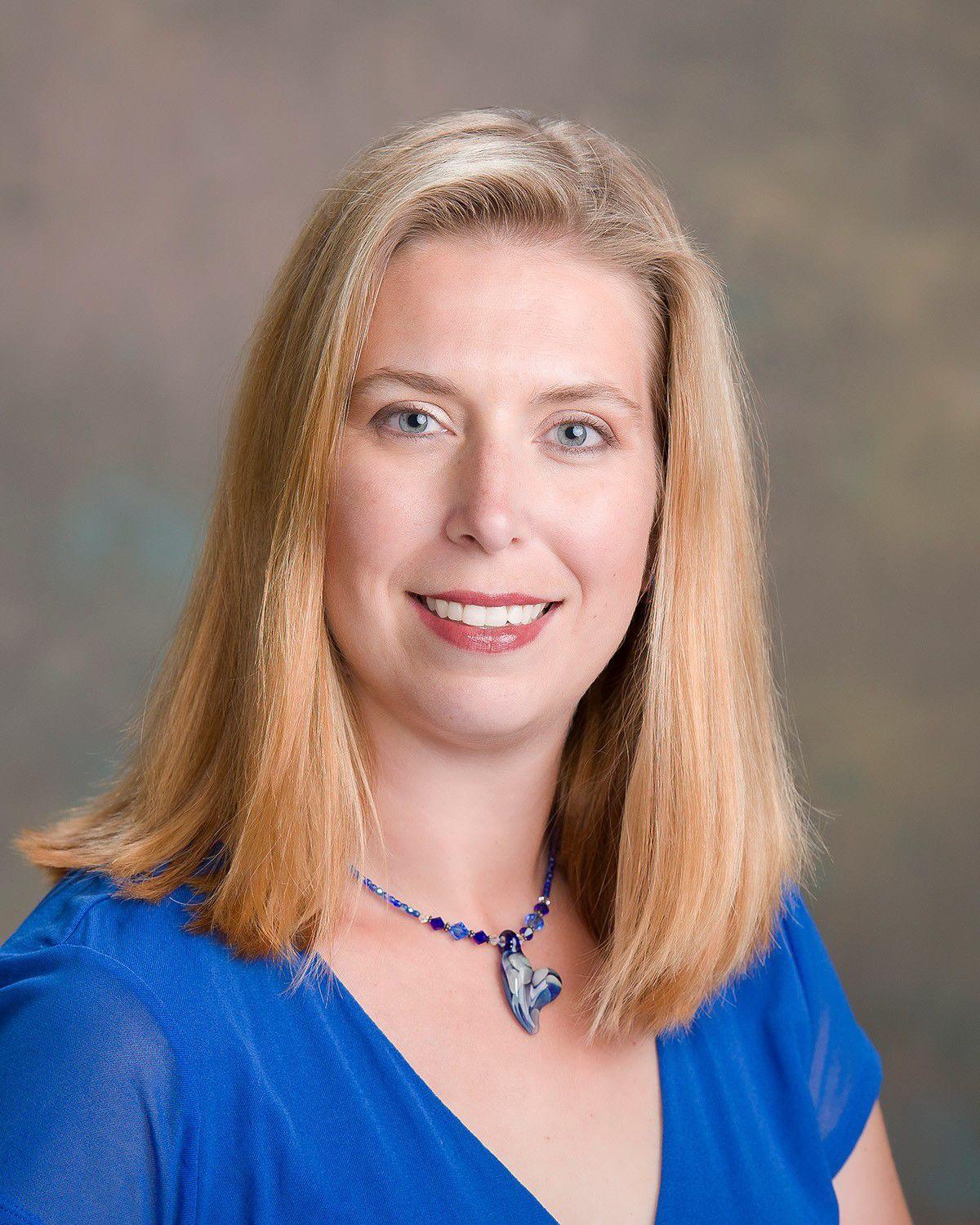 Chris Colbert, owner of Pop-A-Lock Locksmith, stands in his shop in Eau Claire Thursday. Colbert survived a heart attack in April, and says he’s warned his family and friends not to ignore the signs of health problems, though he was partly reluctant to visit the hospital because of the coronavirus pandemic. View more photos at LeaderTelegramPhotos.com.

Chris Colbert of Chippewa Falls has a message for his family and friends: Don’t ignore the signs of a heart attack, even during a global coronavirus pandemic.

If Colbert, 54, and his wife Heidi hadn’t decided to drive to the emergency room at 4 a.m. one Monday in April after what Colbert thought was bad indigestion, he said, he might not be here today.

“Every day for me now is a bonus day, from here on out,” Colbert said Thursday.

It was a Monday night in late April when Colbert, who owns Pop-A-Lock of the Chippewa Valley, an Eau Claire locksmith business, felt like he was experiencing heartburn or indigestion.

He wasn’t on call at his business that night; he’d watched some television and went to bed around 11 p.m. After tossing and turning until early morning with chest pressure — and over-the-counter heartburn medication not improving the problem — Heidi told him they should go to the hospital.

Colbert was hesitant. While heart problems run in his family, his wife had experienced chest pain last year and was told it was indigestion. He was also reluctant to visit the emergency room with COVID-19 circulating in the Chippewa Valley community, he said.

Colbert was mostly worried about taking up a bed in the hospital that he thought a COVID-19 patient might need: “I don’t want to be a burden on the system.”

“I didn’t have any of the classic symptoms of a heart attack,” Colbert said. “(Heidi) finally said the words that got me to. I’m like, ‘I don’t want to go in just to be told I’m having heartburn.’ She said, ‘This is not normal for you. We need to go in.’”

That morning, at 4 a.m. at the Marshfield Medical Center-Eau Claire hospital, a doctor told Colbert he was having a heart attack.

All the while, Colbert was “furiously texting” with Heidi, who had to wait in the parking lot. At that time, visitors weren’t allowed inside the emergency room due to COVID-19 concerns, and Colbert had been screened, masked and asked about the virus before entering.

“(I thought) I wouldn’t get to see my kids get married,” Colbert remembered of his first hours in the hospital. “That I’m not going to get to say goodbye to my mom and brother and sister … that I’m not going to get to see my grandkids. That kind of stuff really hits you hard … You’re told you’re having a heart attack, and all of a sudden it’s like, ‘I just want to live. I want to live.’”

The doctors were able to stabilize and treat Colbert, and told him he’d likely recover fully, with changes to diet and exercise and reducing his stress. But before Colbert eventually had three stents inserted — small tubes inserted into arteries to prevent blockages — he began calling and texting his family members, including his two sons, and close friends from his hospital bed.

“This is my opportunity to call everybody who’s been important in my life and tell them,” he said. “Because we didn’t know what was going to happen from here on out.”

It’s been two months since the heart attack, and Colbert is back at work, with some changes to his diet and adding more exercise.

One friend has joked that the COVID-19 pandemic may have helped save Colbert’s life: If an annual business convention Colbert attends every year in Florida hadn’t been cancelled in April, Colbert would have been in Orlando that Monday night.

“If I’d have had a heart attack in that hotel, there’s no way I’d have gone to an emergency room in Orlando, Florida,” Colbert said.

Colbert isn’t the only patient in Wisconsin, or the U.S., who’s been reluctant to visit an emergency room to get checked out during the pandemic, studies suggest.

The Minneapolis Heart Institute Foundation said in April that specific interventions for heart attacks involving blood clots suddenly forming were down 38% during the COVID-19 pandemic. One possible reason is people avoiding hospital care because they’re trying to social distance, or are worried about catching the virus inside a hospital, Cath Lab Digest reported in April.

“There’s concern … that people are trying to be safe at home, that they’re concerned that if they go to the hospital they’ll get ill with COVID-19,” said Dr. Stephanie Wagner, emergency medicine physician at the Marshfield Medical Center-Eau Claire hospital who treated Colbert in April.

Hospital staffers are using personal protective equipment, or PPE, for each COVID-19 patient they see, and are using a negative pressure room to cut down on the risk of virus transmission, Wagner said. “I’d say (the risk) is as low as it possibly can be, and we’re following similar procedures as many other hospitals around the region and state.”

Colbert came to the hospital at the right time, hours after his symptoms started, Wagner said.

If people wait to get treated for shooting chest pain, dizziness or other common heart attack symptoms, the heart can get cut off from blood flow, which can lead to congestive heart failure and other serious problems, Wagner said.

People who may be having a heart attack, stroke or a medical emergency should come to the emergency room, and shouldn’t worry about taking a bed away from a possible COVID-19 patient, Wagner said.

“We don’t want people to ignore stroke symptoms or heart attack symptoms, because there can be lifelong consequences if they are ignored,” Wagner said. “We are here for them and we have capacity for them.”

Colbert hopes people pay attention to what might be symptoms of serious health problems.

“Don’t try to be a hero,” Colbert said. “If it doesn’t feel right, it probably isn’t ... the alternative is not a good thing.”