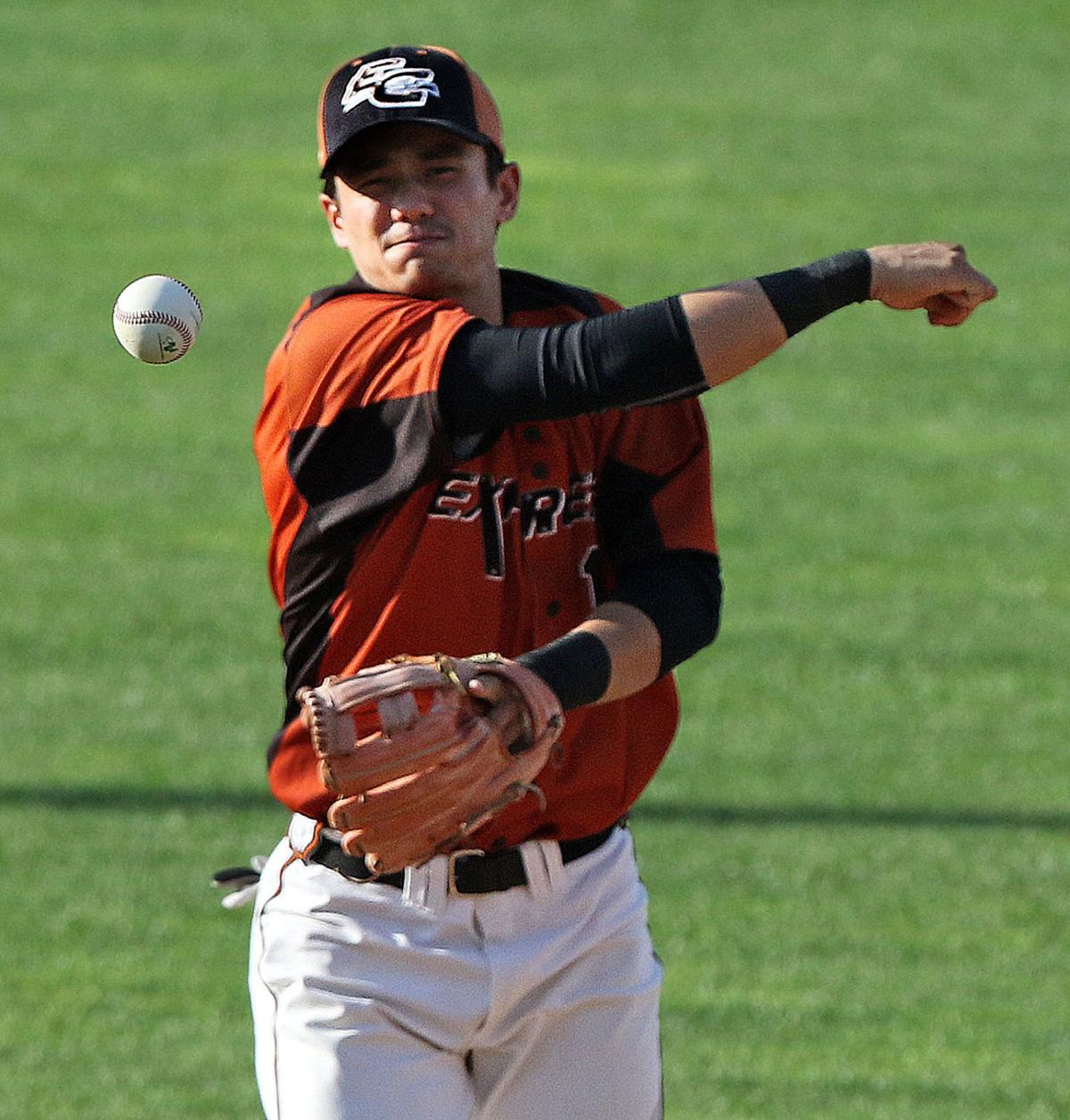 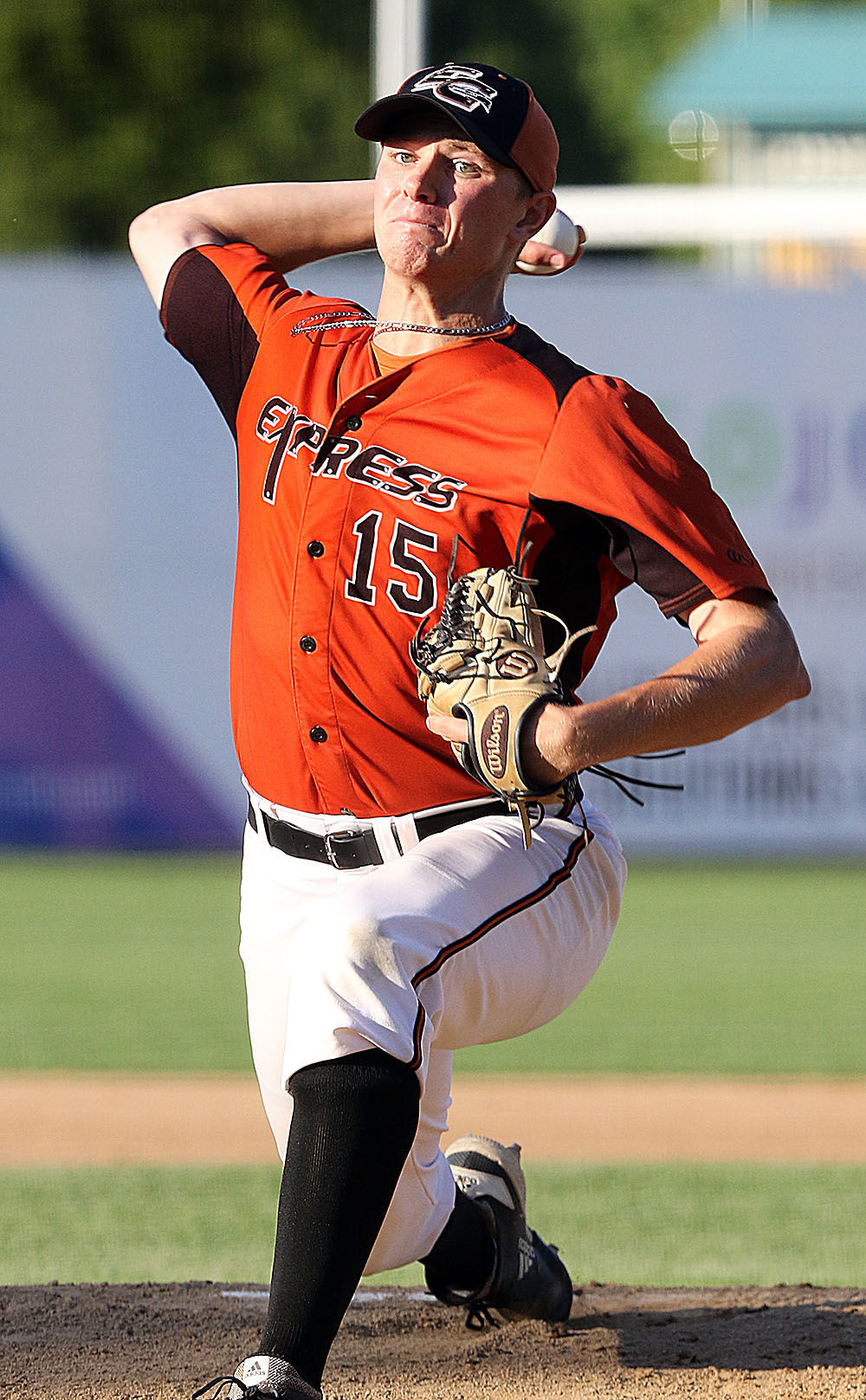 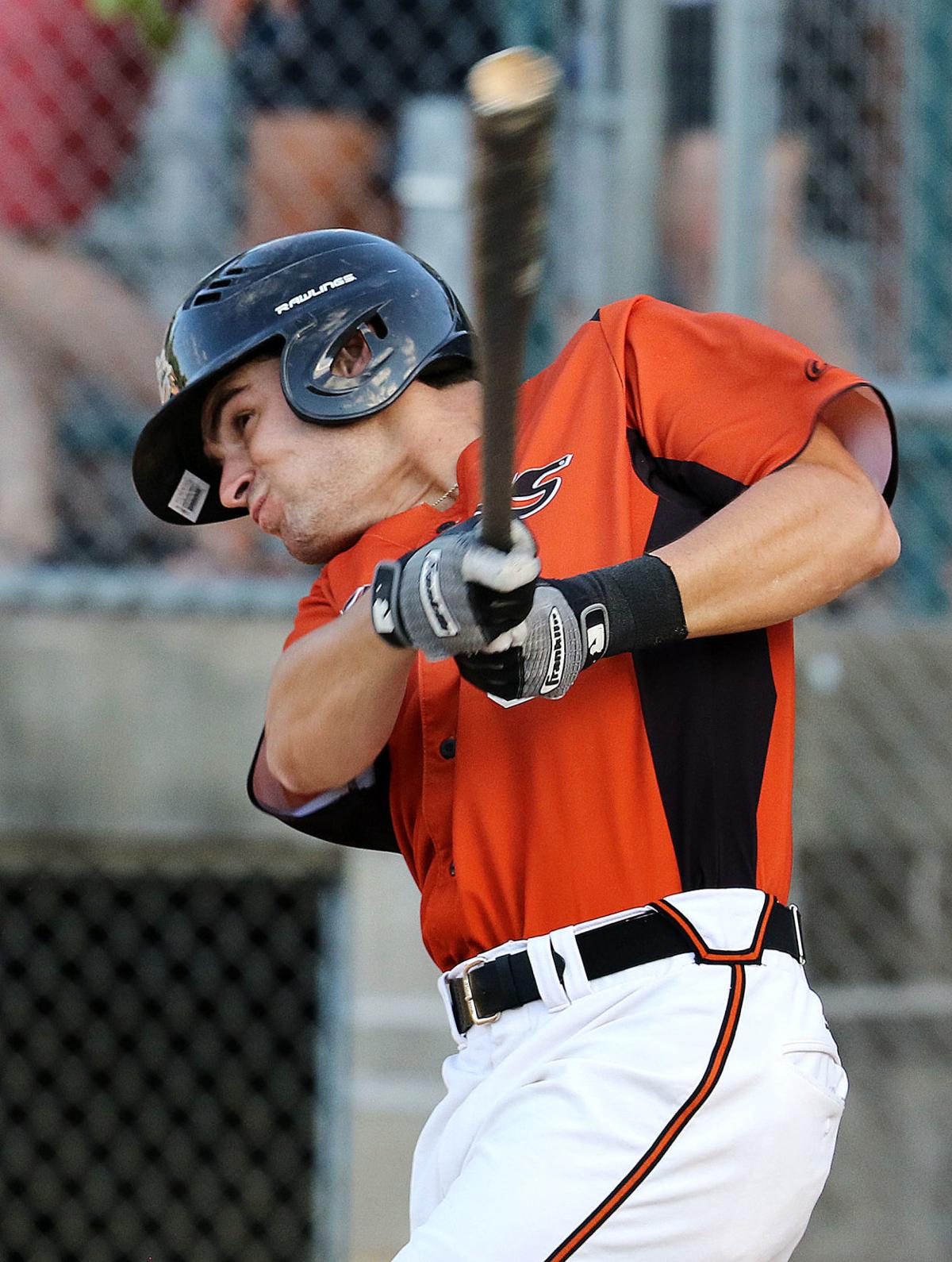 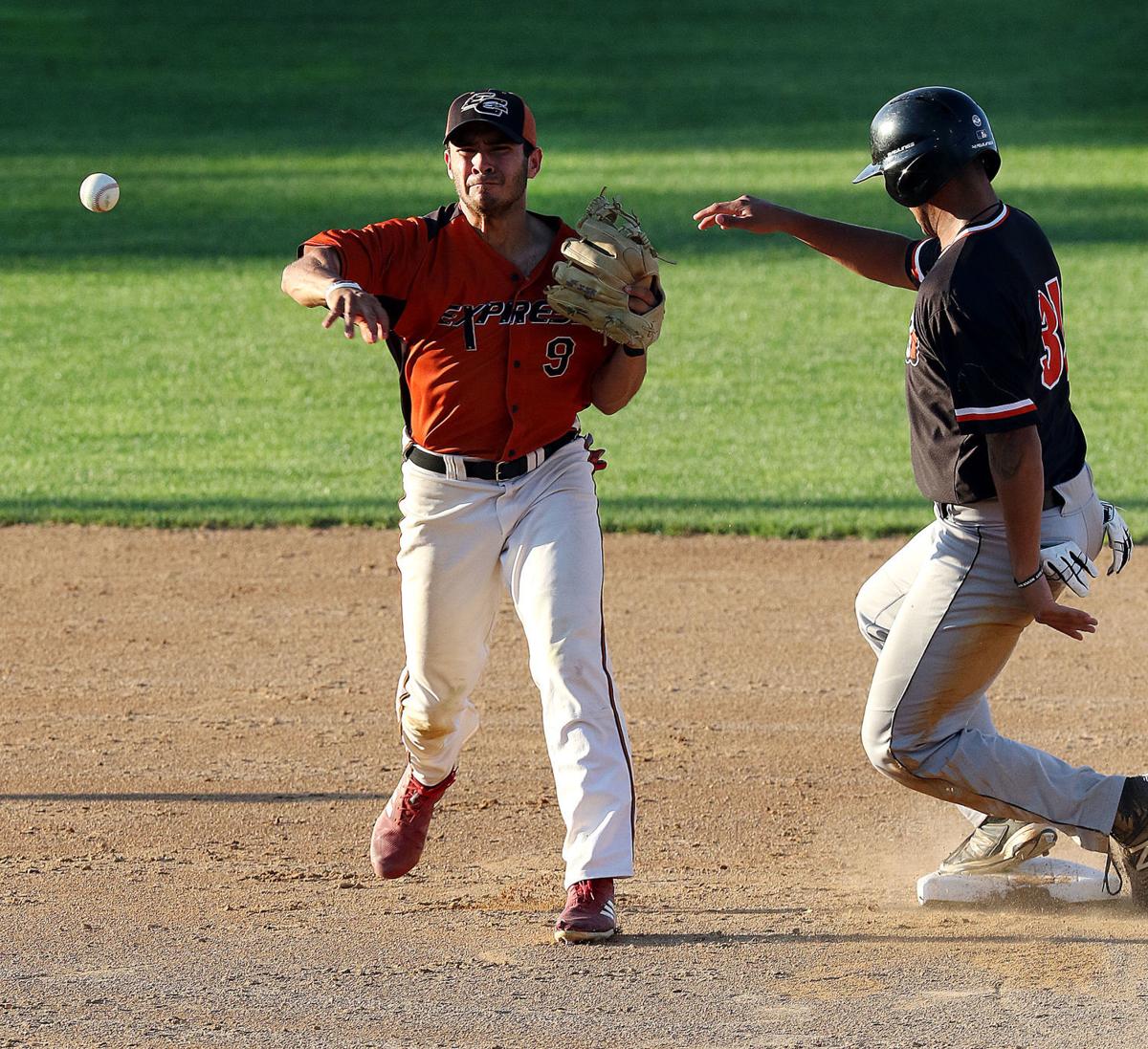 The Northwoods League’s new extra-inning rules don’t make it easy on pitchers. As of this year, extra innings start with a runner on second. It’s a rule change that’s supposed to save pitchers’ arms, but when the game is going and the adrenaline is rushing, they don’t love it.

The Mankato MoonDogs started the 10th inning with a runner on second and just one batter into the inning, the go-ahead run was on third.

The Express were desperate and Herold needed a strikeout. So he reached back and delivered.

First, he got Josh Elvir looking for the key second out of the inning. Then he fanned Michael Perez before walking off the mound to a raucous applause from his teammates and the Eau Claire faithful.

Moments later, the Express had their chance. Nick Lopez opened the inning on second and was quickly moved over on a sacrifice bunt from Cole Cabrera. The MoonDogs intentionally walked the bases loaded to get the force at home, but it was of no use. Brandon Dieter hit a long fly ball to center to score the winning run. The 5-4 victory was the Express’ fourth walk-off victory of the season.

“So far the rule has been a favorite of ours, we’re three out of four with it,” Express manager Dale Varsho said.

Herold picked up the win for the Express with 2.1 innings of work. He entered the game in a pressure situation in the eighth after Jack Brown gave up a two-out single to put the go-ahead run on second.

“Nick does great, he loves that situation,” Varsho said. “He’s a huge competitor and doesn’t want to come out.”

He wrapped up that inning by fanning Tyler Casagrande to keep the game tied.

“It’s adrenaline filling for sure,” Herold said. “The heart is racing, but I have to make sure that I’m under control.”

In the ninth, Mankato had another chance to go ahead. Herold plunked Adan Fernandez to open the inning. It was the Express’ 42nd hit batter this season, one behind La Crosse for the Northwoods lead. James Gargano followed with a single to move the go-ahead run into scoring position. But that was as far as the MoonDogs would get.

Herold struck out Nick Novak, then Matt Bottcher and Dieter turned a spectacular double-play to survive the inning unscathed.

“(Bottcher) went pretty far up the middle to get it, so I had to spin around,” Dieter said. “I think the play gave us a lot of momentum going into the end of the game.”

Mankato’s senior pitcher, Brett Newberg, was phenomenal for much of the game. He had Express hitters off balance for most of the night, mowing them down one after another. But in the seventh, he found a rough spot and his defense let him down.

Lopez hit a routine ground ball toward short that should have been an easy double play to end the inning. But second baseman Dayton Dooney threw wide of first, allowing Lopez to scamper over to second. A batter later, Cabrera hit what looked like a base hit to shallow right-center field, but instead of stopping at first, he made a wide turn toward second and barely beat out the throw for a RBI double. Spencer Myers followed with a RBI single through the right side of the infield to cash Cabrera and tie the game at 4-4.

The Express return to action today with the final game of their two-game series with the MoonDogs at 6:35 p.m.