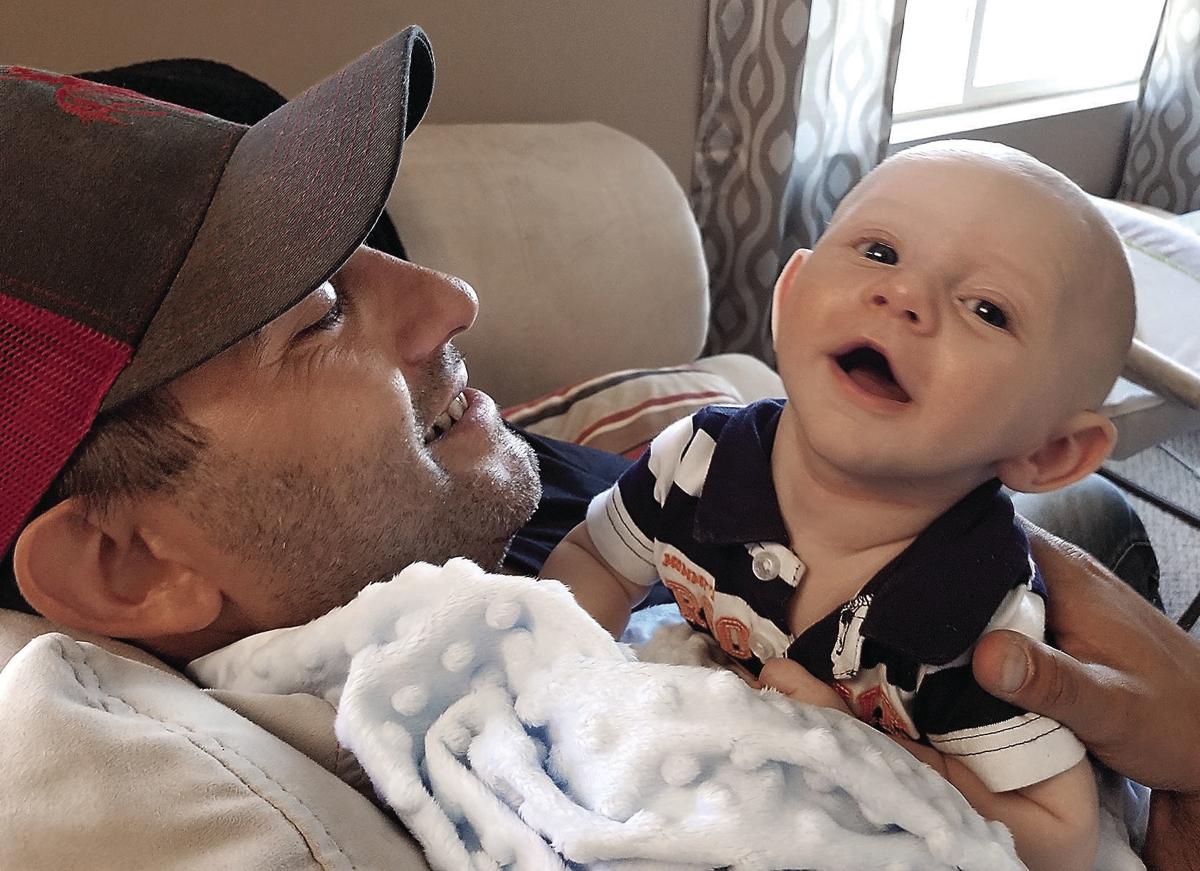 Nate Liedl is shown holding his son, Jaxon Hunter. The infant died after a 10-year-old girl allegedly stomped on the child’s head at a day care center in the Chippewa County town of Tilden. 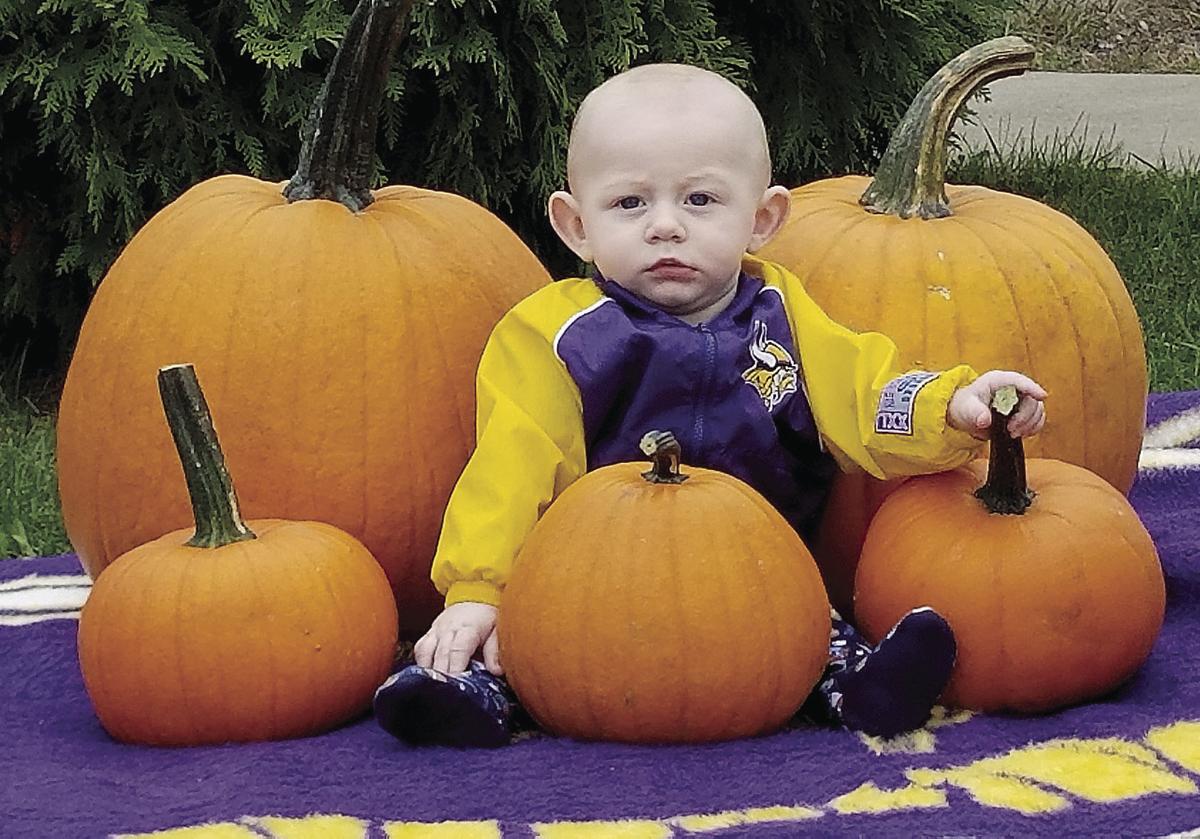 Nate Liedl is shown holding his son, Jaxon Hunter. The infant died after a 10-year-old girl allegedly stomped on the child’s head at a day care center in the Chippewa County town of Tilden.

CHIPPEWA FALLS — Nate Liedl wants everyone to remember his 6-month-old son, Jaxon Hunter, as a happy, bubbly infant rather than the image of a child who was horrifically killed after a 10-year-old girl reportedly stomped on him, causing his death.

“I waited 37 years for my own little baby boy,” a soft-spoken Liedl said Monday. “Anytime he was around, he was all smiles and happy. It was smiles and laughs — (being a father) was even better than I imagined.”

Liedl said he wants everyone to know his son loved to bounce up and down in his jumper and play games in his dad’s arms as they sat on the couch together.

“He’d fall into me,” Liedl said. “The smile was just priceless.”

Jaxon was born April 6. He was at a day care, which also serves as a foster home, in the town of Tilden on Oct. 30 when a 10-year-old girl — who lived there as a foster child — was alone inside the house while everyone else was playing outside. The girl told authorities she panicked after dropping the baby, and then she stomped on his head when he began to cry. The incident was reported at 4:34 p.m.

The girl appeared in Chippewa County’s adult court Nov. 5 on a charge of first-degree intentional homicide by someone age 10 or older. Judge James Isaacson ordered her held on a $50,000 cash bond and be placed in a secure detention center. She will return to court Dec. 11. The Leader-Telegram has opted not to publicly identify her at this time.

In all likelihood, the matter will be moved into juvenile court. District Attorney Wade Newell said Monday no determination has been made.

Jaxon died two days after the assault, on Nov. 1. His funeral was Saturday.

Liedl was driving to pick up Jaxon on Oct. 30 from the day care, unaware of what had just occurred at the home.

“I got out there, and saw the ambulance in the driveway,” he said. “I pulled off to the side of the road.”

Amber Sweeney, who operates Amber’s Pals & Playmates Childcare, ran out of the house and shouted, “It’s Jaxon!” at Liedl, while pointing at the ambulance.

“I followed the ambulance to the hospital (in Chippewa Falls), without knowing anything,” he said. “Obviously, I wasn’t expecting it to be as bad as it was, but I knew it wasn’t good.”

Liedl saw Jaxon at the hospital and observed the bruising on the infant’s head. When he asked medics if Jaxon was breathing, they paused before answering that it was staggered.

“Hearing that response was devastating,” he said.

Liedl hopped in the helicopter with medics as Jaxon was flown to a hospital in St. Paul. Over the next two days, Liedl saw signs that left him encouraged that Jaxon could recover. Jaxon’s eyes weren’t dilated anymore, having returned to normal. Swelling on the brain also had declined, and doctors had determined there was no trauma to the rest of the body.

So, Liedl was caught off-guard on Nov. 1 when doctors began talking to him about organ donation.

“It turned real quick. It really hit me hard,” Liedl said. “They told me the swelling had gotten too much, and there was nothing more they could do.”

Sweeney, who is a licensed foster parent, has surrendered her day care license and has voluntarily closed during an investigation by the state’s Department of Children and Families.

Liedl stressed that he has no ill will toward Sweeney, and that if Jaxon had recovered, he wouldn’t have hesitated to allow his son to continue going there.

“She was looking out for what’s best for the children. She loves children,” Liedl said. “It’s why she did foster care and day care. It could have happened to anybody.”

Liedl said he doesn’t question Sweeney’s decision to be outside with the kids while Jaxon was sleeping inside.

Liedl had seen the 10-year-old girl before; she would bring Jaxon to him and help put him in the car seat whenever Liedl picked up Jaxon from the day care.

Liedl sat in court Nov. 5, watching the 10-year-old girl who is accused of killing his son.

“I was shaking,” he admits. “I wanted her to see me, to know that Jaxon’s dad is here, and see how (her actions) affects regular people.”

Liedl was bothered by some comments he has read online, where people wrote the girl shouldn’t have been shackled.

Liedl found out the manner in how Jaxon died on Nov. 2, but he couldn’t share the details with anyone because the girl was a juvenile. So, hearing the details announced in court on Nov. 5 was actually a bit of a relief.

“I didn’t have to hold it in anymore,” he said.

Jaxon was the son of Liedl and Stefanie Hunter. However, they broke up during the pregnancy. Liedl said that a court order allowed him to see Jaxon eight hours a week. He had filed paperwork with the court to obtain a more even split. He is admittedly angry about the delays in the court process.

“I feel like they robbed me of my time with my son, that I’ll never get back,” Liedl said. “He wasn’t here long enough, and the time he was, I didn’t get to spend with him.”