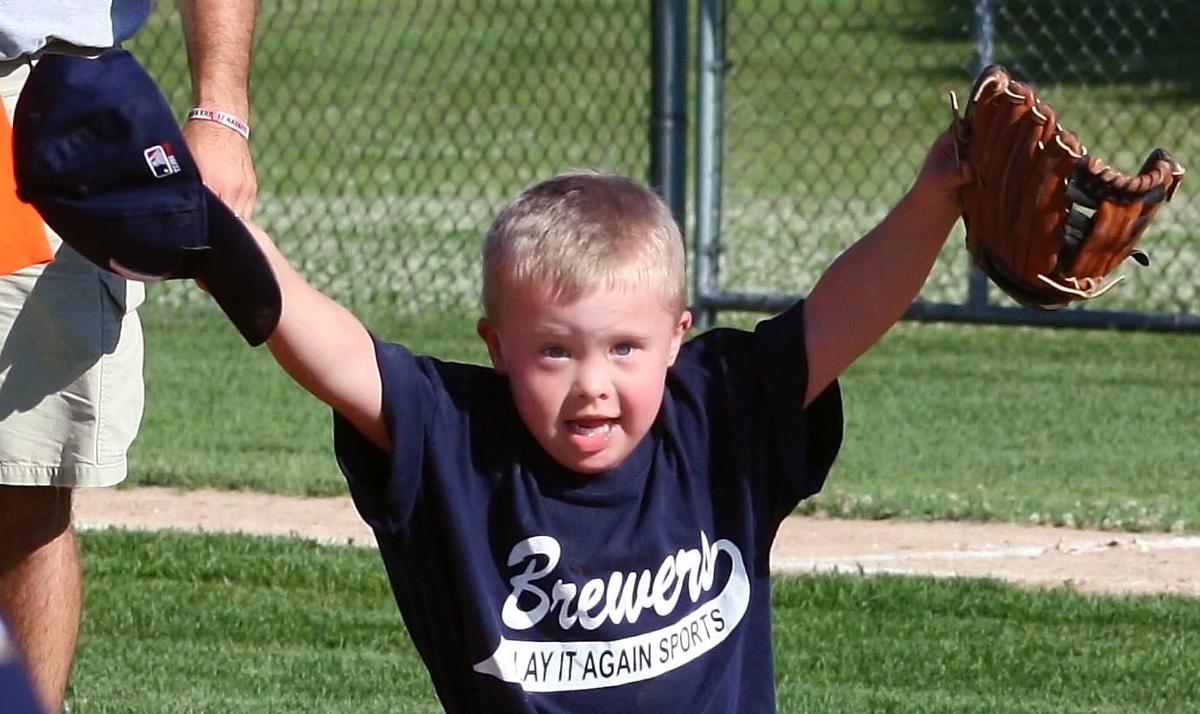 Sawyer Standiford, 9½, of Eau Claire reacts during a baseball game. His mother, Amy, is co-chairwoman of a steering committee proposing the creation of the Miracle League of the Chippewa Valley, a league for children ages 4 to 19 with disabilities. 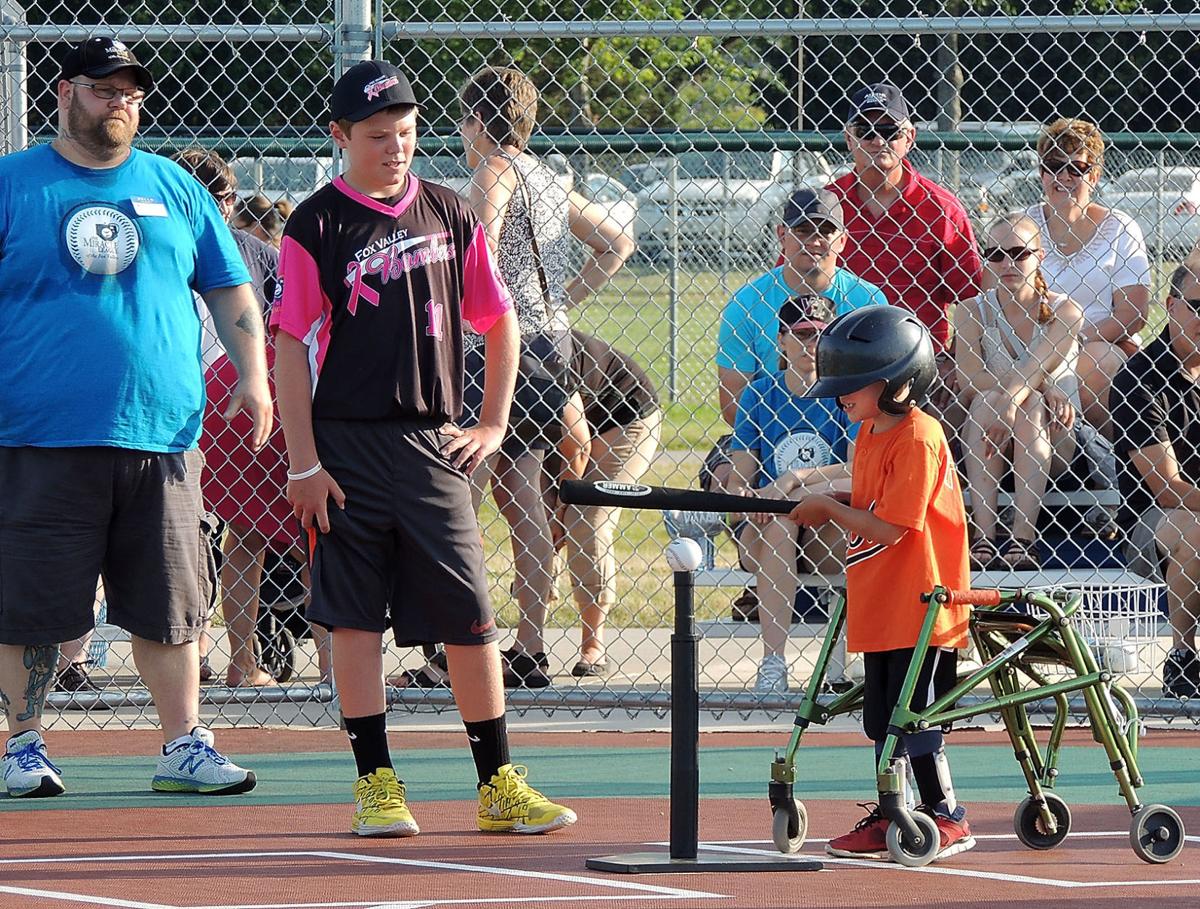 A member of the Orioles, a Miracle League of the Fox Valley team, bats as his volunteer buddy and umpire watch at John Wollner Miracle League Field in Memorial Park in Appleton. Last summer the league had 193 athletes on 16 teams, and they were supported by more than 300 community volunteers on a weekly basis. 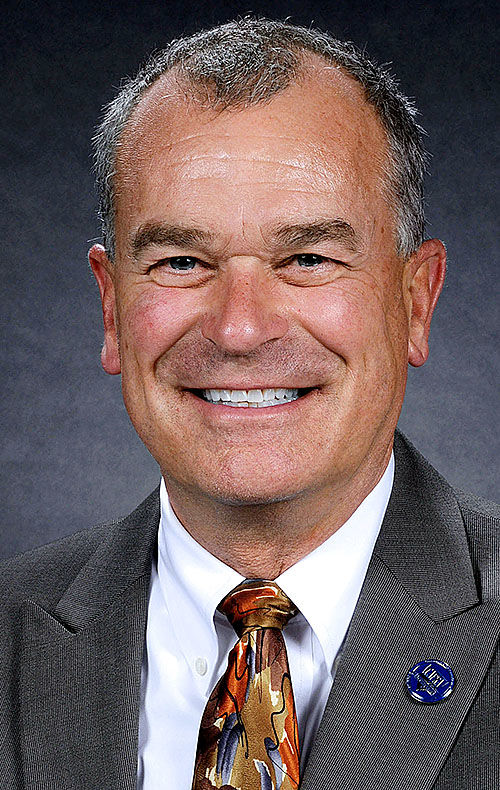 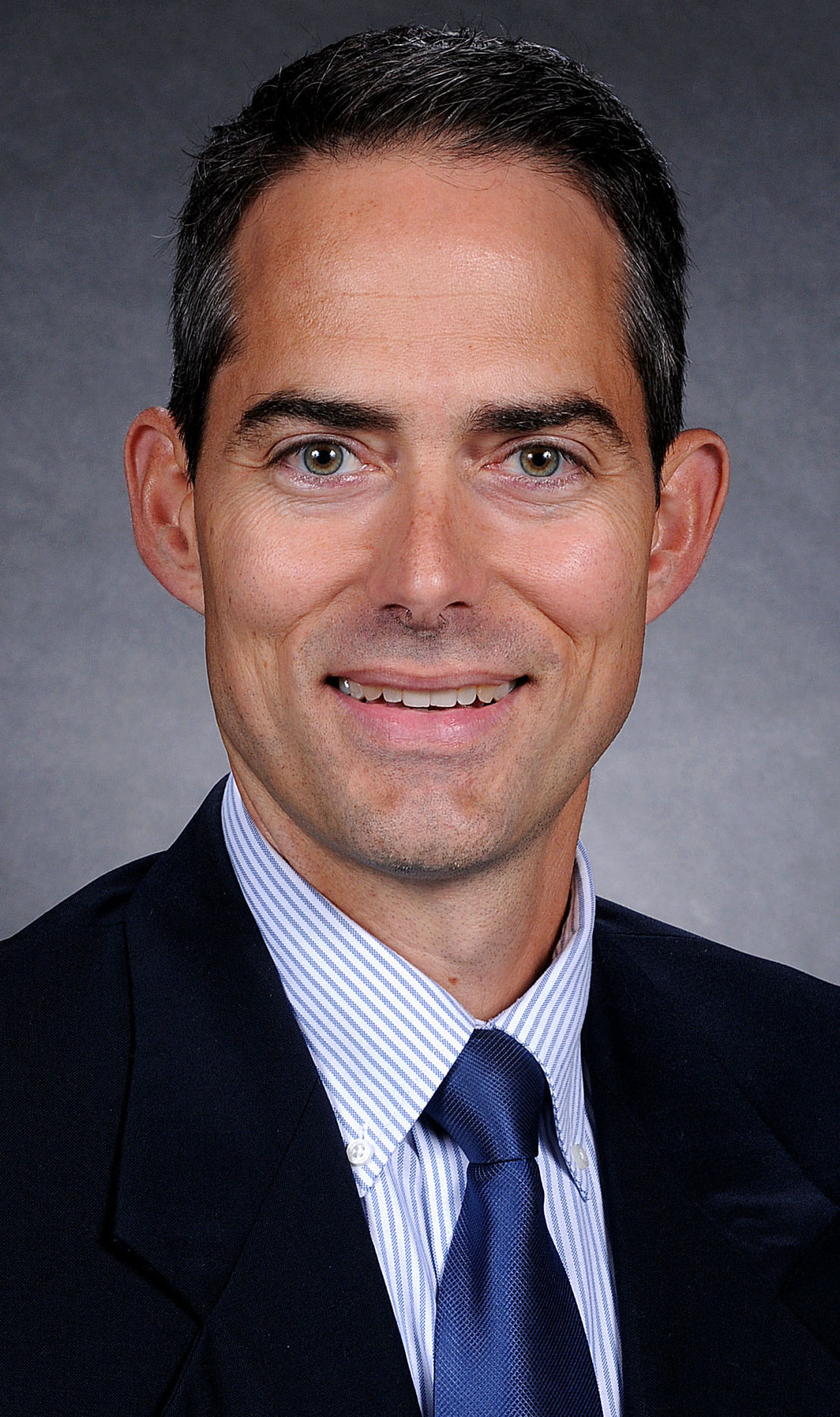 Sawyer Standiford, 9½, of Eau Claire reacts during a baseball game. His mother, Amy, is co-chairwoman of a steering committee proposing the creation of the Miracle League of the Chippewa Valley, a league for children ages 4 to 19 with disabilities.

A member of the Orioles, a Miracle League of the Fox Valley team, bats as his volunteer buddy and umpire watch at John Wollner Miracle League Field in Memorial Park in Appleton. Last summer the league had 193 athletes on 16 teams, and they were supported by more than 300 community volunteers on a weekly basis.

Baseball and softball fans Shawn and Amy Standiford hadn’t heard about the Miracle League until their youngest son, Sawyer, was born with Down syndrome.

At the time, the couple were more concerned about their child reaching his developmental milestones and knew there was time before he’d be hitting home runs of his own.

Today, 9½-year-old Sawyer “is getting to an age where current … leagues are not the best options for him,” Amy Standiford said.

She and her husband hope a proposed league, the Miracle League of the Chippewa Valley, will allow Sawyer to resume playing.

The Miracle League removes barriers, including field surfaces, that keep children with disabilities off baseball fields and lets them experience the joy of America's favorite pastime.

“This is about providing kids with opportunities,” said Nick White, who works in promotions and development with L.E. Phillips Career Development Center and is part of the effort to create a Miracle League in Eau Claire, along with a fully inclusive playground.

This fall, an informational meeting was held regarding creating a league in the Chippewa Valley, and a steering committee, co-chaired by Amy Standiford and Tim Wavrunek, program director of Eau Claire County Restorative Justice, was formed, White said. Standiford and Wavrunek are attending a meeting Thursday, hoping for approval of the local league, which would be for youths 4 to 19, as a program of Goodwill NCW, securing its formal structure and nonprofit status.

Goodwill made it a priority to get a Miracle League in northwestern Wisconsin, said Wavrunek, noting many details, including fundraising and selecting a location for a field, still must be worked out. He estimated the cost of the field, dugouts, scoreboards and a no-barrier playground at about $500,000, based on “what we know from other fields built.”

Goodwill has promised a donation to get the ball rolling, White said, and a few other companies have expressed interest.

Phil Fieber, Eau Claire parks, recreation and forestry director, supports adding a Miracle League field, and city officials have suggested trying to do something at Jeffers Road Park, where two youth sports leagues — Eau Claire Fastpitch and Eau Claire National Little League — and the city have partnered to construct a baseball and softball complex, along with other park amenities, including playground equipment.

“We think doing something at Jeffers Road Park makes sense because it is a pretty central location (for players coming from around the region),” Fieber said. Building the field there would mean “kids confined in wheelchairs (or challenged in some other way) would be going to the same park as their brothers and sisters and friends to play baseball.”

Regardless of their abilities, “they all would have a love of a game, and they would get to share in that,” Fieber said. “I think that is the coolest aspect of trying to do this.”

“I (also) think it will be great for the kids playing in our leagues,” he said of the Miracle League if its field and program are at Jeffers Road Park. “Hopefully, there will be a lot of exciting crossover.”

While a location hasn’t been formalized, Jeffers Road Park has been identified as the preferred location because “it is a development in progress and it provides a perfect crossroads location,” said Wavrunek, noting the park’s proximity to the North Crossing would make it easy to access for families coming from many directions.

Coordinators of the Miracle Leagues of the Fox Valley and Lakeshore said they have been well-received, Blake said. “It’s really good for parents. For once, it gives them a chance to sit back with other parents and watch their children play baseball.”

“The Miracle League is more than just a baseball league,” Amy Standiford said. “For players, The Miracle League is about gaining confidence, building self-esteem, learning and following direction, and … making new friends, having fun and feeling a sense of pride as a member of a team just like other kids.”

Birth of a League

The Miracle League aims to provide opportunities for children with disabilities to play baseball, regardless of their abilities, on a custom-d…