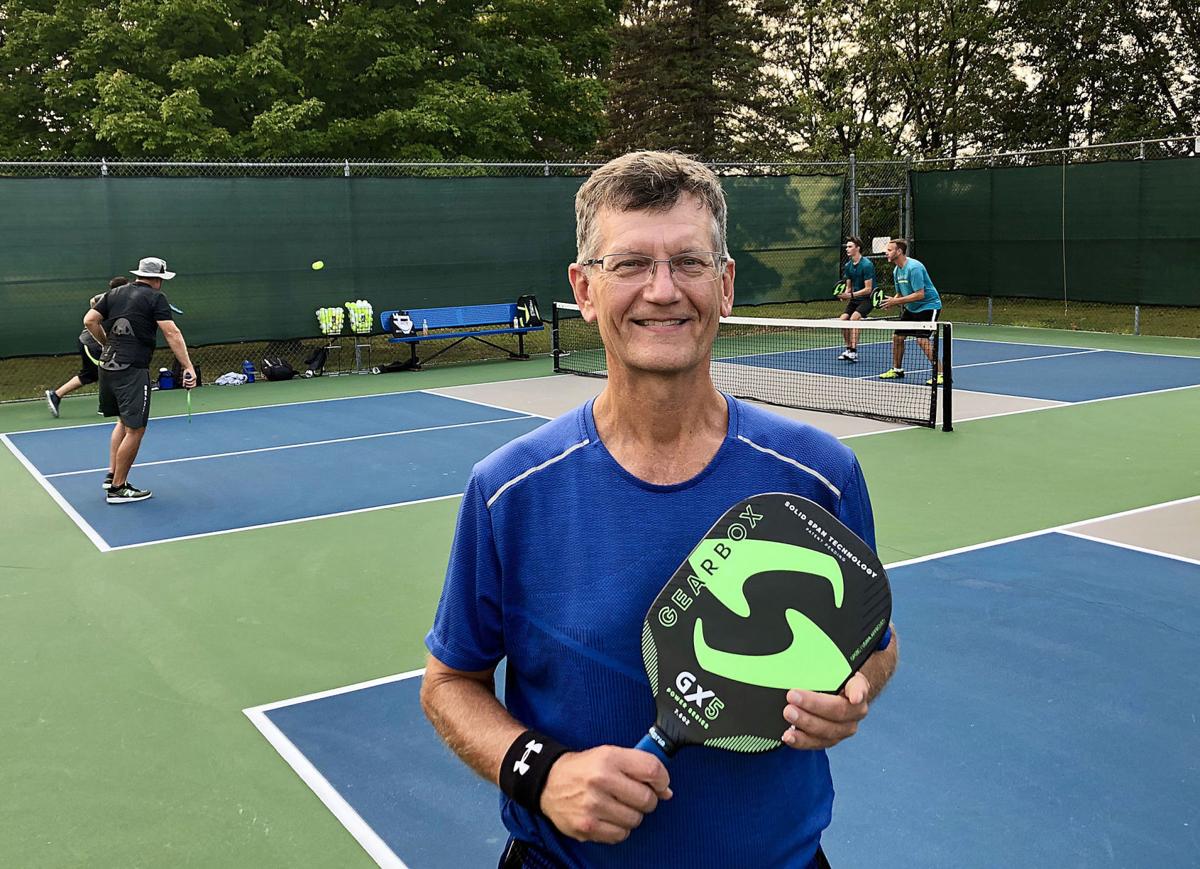 Dave Markquart, president of Markquart Motors, poses Tuesday at McDonough Park in Eau Claire. His passion for the fast-growing sport fueled his desire to have the company pledge $100,000 to improvements at the park. 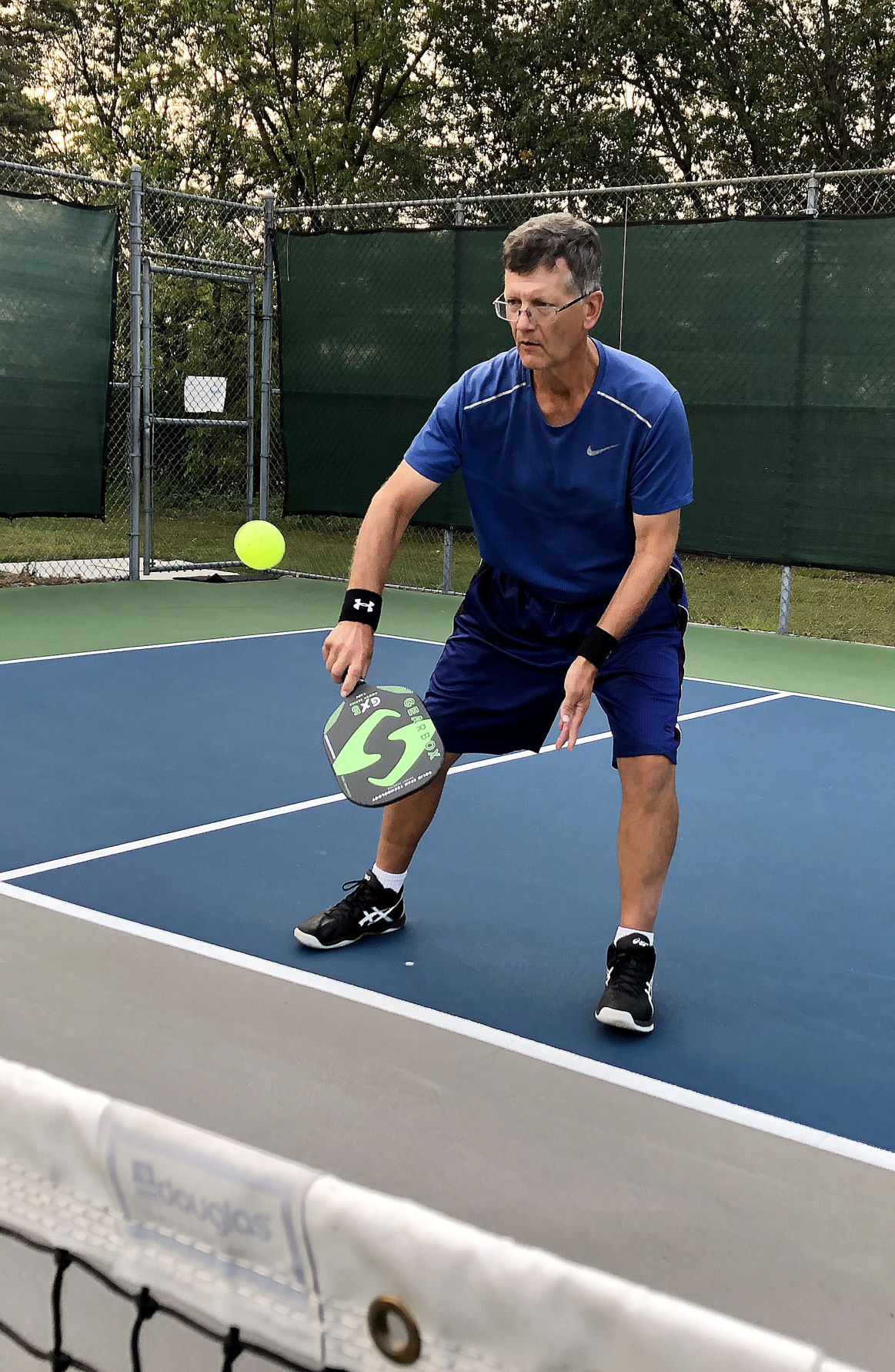 Dave Markquart, president of Markquart Motors, plays pickleball Tuesday at McDonough Park in Eau Claire. His passion for the fast-growing sport fueled his desire to have the company pledge $100,000 to improvements at the park. 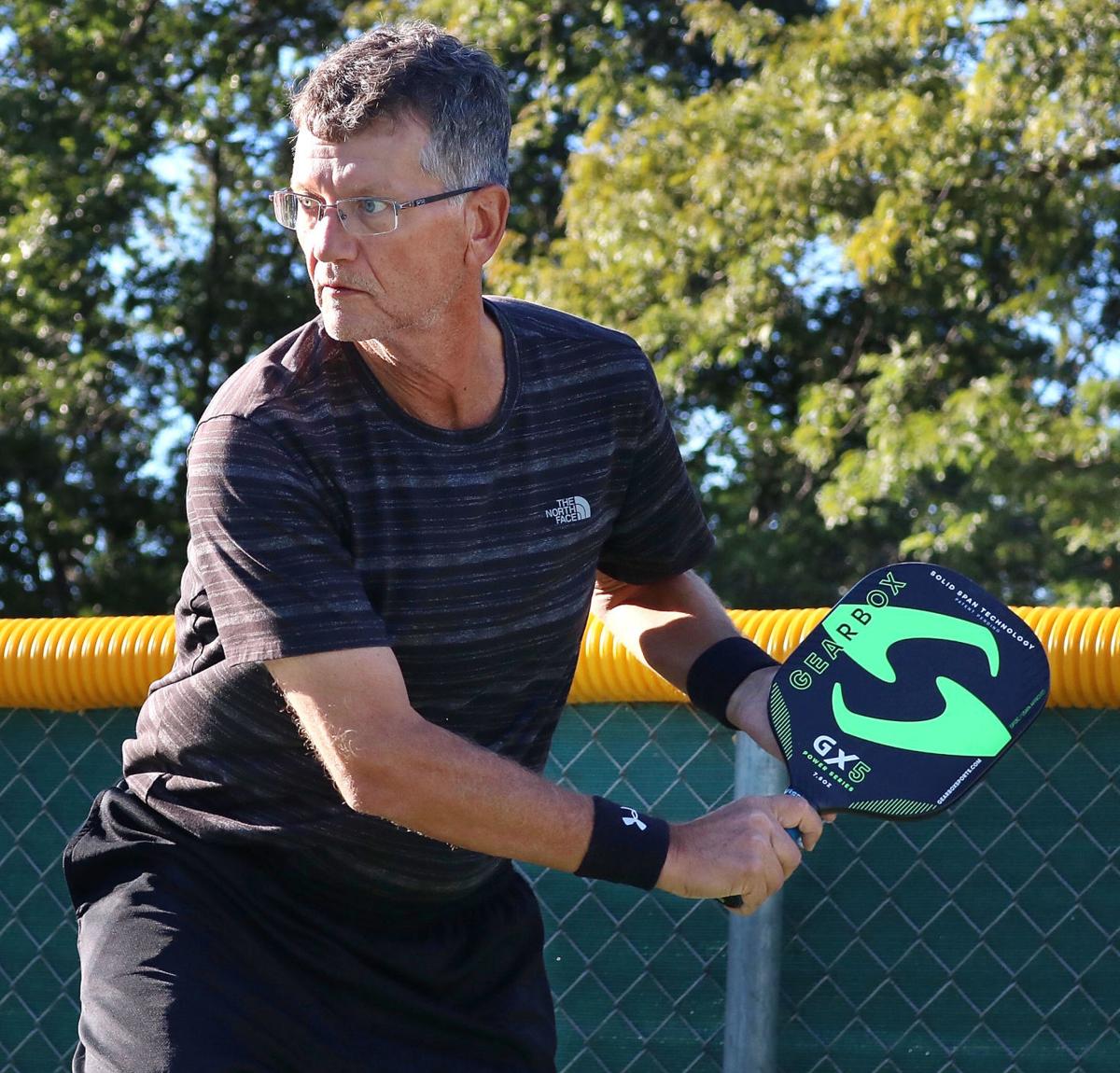 Dave Markquart, president of Markquart Motors, prepares to hit a backhand shot in pickleball recently at McDonough Park in Eau Claire. His passion for the fast-growing sport fueled his desire to have the company pledge $100,000 to improvements at the park.

Dave Markquart, president of Markquart Motors, poses Tuesday at McDonough Park in Eau Claire. His passion for the fast-growing sport fueled his desire to have the company pledge $100,000 to improvements at the park.

Dave Markquart, president of Markquart Motors, plays pickleball Tuesday at McDonough Park in Eau Claire. His passion for the fast-growing sport fueled his desire to have the company pledge $100,000 to improvements at the park.

Dave Markquart, president of Markquart Motors, prepares to hit a backhand shot in pickleball recently at McDonough Park in Eau Claire. His passion for the fast-growing sport fueled his desire to have the company pledge $100,000 to improvements at the park.

EAU CLAIRE — A year and a half ago, Dave Markquart had never been to McDonough Park.

These days the president of Markquart Motors can be seen at the north side park playing pickleball about five days a week, often for three or more hours a day.

He doesn’t just like his newly adopted hobby. He is passionate about the fast-growing sport that combines elements of tennis, ping-pong and badminton.

Markquart, 60, credits pickleball with improving his fitness, widening his circle of friends, helping him lose 70 pounds in the last 18 months and adding more fun to his life.

After all the game has done for him, Markquart is returning the favor in a big way: Markquart Motors on Thursday will donate $50,000 and pledge another $50,000 matching donation in 2021 to upgrade the park and transform it into an active aging fitness area. He also recently paid for the L.E. Phillips YMCA Sports Center to put in a new floor on its multi-sport court that can serve as the site of six indoor pickleball courts.

“Pickleball is a big part of my life,” Markquart said. “It’s good for the community and it’s added such a positive element to my life. I’m happy to support a place I use all the time.”

Markquart said his company, which has grown from 10 employees in 1970 to more than 425 today, makes it a priority to give back to the Chippewa Valley, so he was excited about the prospect of donating to McDonough after hearing about plans for the park and a Wisconsin Department of Natural Resources grant that would match all donations up to $204,578.

“We’ve been blessed with very good business for many years and when we see opportunities to give to somebody in need or to improve the quality of life in the community, we try to support those causes,” Markquart said.

Marilyn Skrivseth, the retired UW-Eau Claire athletic director who is leading fundraising efforts for the McDonough project, called Markquart inspirational for both his generosity and the way pickleball has transformed his life.

“How he has improved his health over the last 18 months through pickleball and hard work has been amazing,” Skrivseth said. “He has become a walking poster for the benefits of active aging.”

But the new concept for McDonough is about more than just games, Skrivseth said, explaining that the mission is more about quality of life and helping people maintain their independence as long as possible through activities that help to maintain critical skills like strength, balance, reaction time and cognitive functioning while also helping them build connections and social support. Accessibility also will be an important factor in designing park improvements.

“I call it a can-do park because there should be something there that everybody can do,” she said. “It will be a place where older adults and adults with mobility issues or facing cognitive decline can get off the sidelines and into the game.”

The idea, Skrivseth said, is to change the way people think about what seniors can do.

“We want it to be a park where seniors can laugh, sweat and have fun like they were kids again,” she said.

The social aspect of his time at the park is a big part of the appeal for Markquart, who now keeps contact information for at least 50 pickleball friends in his cellphone.

“It’s just a place to connect,” he said. “Pickleball people are just so friendly and welcoming. It’s been awesome.”

But make no mistake, Markquart is serious about his game. He has attended pickleball camps, taken lessons and worked hard to become a high-level player. He also has tried to help other local players improve by bringing Barry Waddell, his friend and one of the nation’s top senior pro players from Florida, to Eau Claire multiple times to conduct clinics and offer instruction to competitors of all levels.

With the $100,000 pledged by Markquart Motors combined with a $20,000 Hometown Health Grant given by Mayo Clinic Health System and other donations totaling about $30,000, fundraisers need to collect roughly $50,000 more to maximize both the Markquart and DNR matching grants and reach the project goal of just over $400,000, said Dawn Comte, superintendent of recreation for the Eau Claire Parks, Recreation and Forestry Department.

Skrivseth noted that the double matching grants mean that every $1 donated will generate $4 toward the project.

The addition of pickleball courts in the past few years has led to a revival of what for years was a little-used neighborhood park with a pair of dilapidated tennis courts.

“Once the pickleball courts were put in, that was kind of the spark that ignited the ideas for this active aging park,” Comte said. “Seniors today want to be able to do active things outdoors, and we’re trying to bring that to Eau Claire with this project.”

Markquart, for one, is eager to see the proposed improvements come to fruition, in part so even more people can enjoy the park that has become such a desirable destination for him and hundreds of other pickleball players in the Chippewa Valley.

“Improving the amenities and facilities of the park will make it an even more attractive place to go,” Markquart said. “It’s about making it a better place for everyone and continuing to improve our community.”