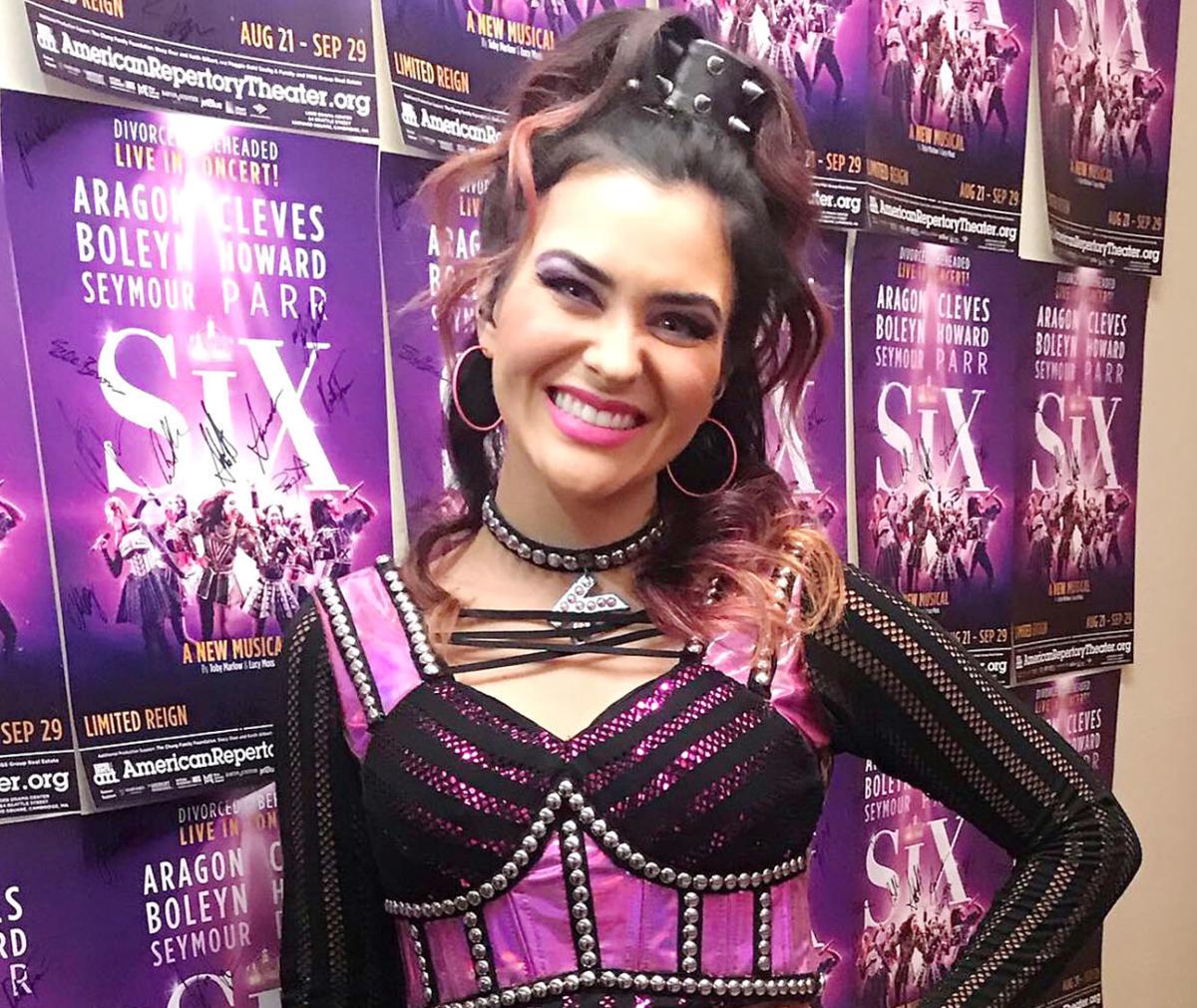 Courtney Mack will be part of the cast of the musical “Six” when it begins playing on Broadway Feb. 13. She joined the company of “Six” during its run in Chicago and also performed during the Boston engagement. 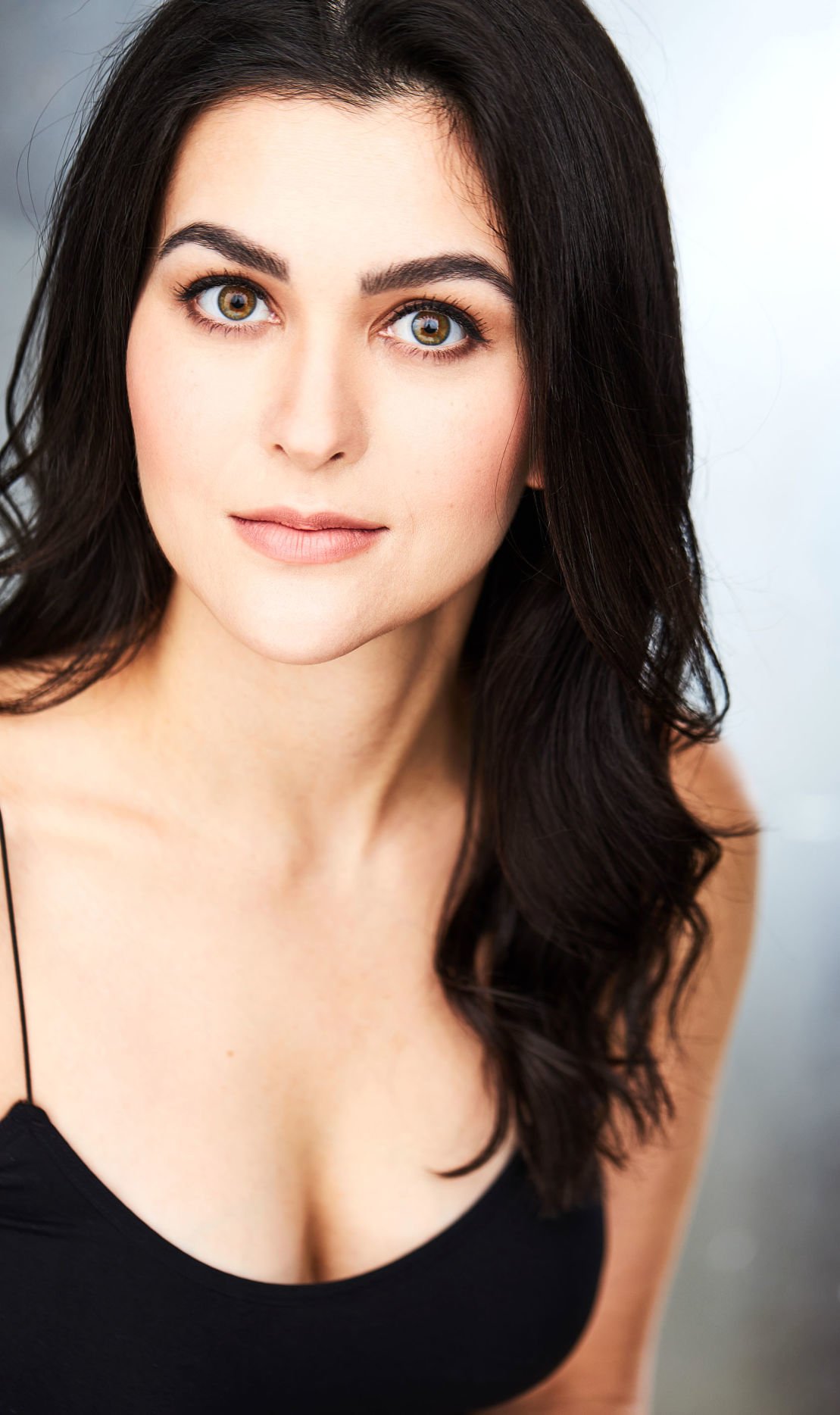 While performing in the Chicago theater scene, Courtney Mack earned a Jeff Award for her leading role in “Heathers: The Musical” and was featured in Chris Jones’ Chicago Tribune article headlined “10 Hot New Faces of 2016.”

Courtney Mack will be part of the cast of the musical “Six” when it begins playing on Broadway Feb. 13. She joined the company of “Six” during its run in Chicago and also performed during the Boston engagement.

While performing in the Chicago theater scene, Courtney Mack earned a Jeff Award for her leading role in “Heathers: The Musical” and was featured in Chris Jones’ Chicago Tribune article headlined “10 Hot New Faces of 2016.”

Courtney Mack remembers watching the Tony Awards as a child and thinking she’d like to perform on that kind of a stage. Turns out it wasn’t just an idle dream.

Mack, a Menomonie High School graduate and Chicago-based actress, is part of the cast of the of musical “Six.” The company she’s part of, performing as an alternate, will present the high-energy show Friday through Dec. 22 at St. Paul’s Ordway Center for the Arts. From there, the company’s next engagement will begin Feb. 13 on Broadway in New York.

Mack spoke recently from Canada, where she had been flown to perform in a production of the show playing in Edmonton.

“When I first got the call, I cried,” she said, laughing at the memory. The reaction wasn’t from the emotion of the moment, though.

“I was more freaked out about, ‘Oh my god, where am I going to live?’” she recalled. “‘I’ve got to move out of Chicago.’ All of the logistics.”

Eventually, she was able to reflect on her achievement.

More than fun, she said, “It’s been I guess a childhood dream of mine. I remember watching the Tonys and (other) awards shows and all that, and I was like, ‘I want to do that someday.’”

Of reaching her goal, she said, “It’s kind of bizarre that it’s all coming to fruition. But it’s kind of right place right time. And it’ll be a fun ride.”

It’s actually more than good timing, as she applied for a place in “Six” as soon as she realized the show interested her. She was cast in the production during its sold-out Chicago run, starting as a replacement and doing the end half of that tour stop. Then she did the full run in Boston, playing the role of Katherine Howard, as she had in Chicago. As an alternate she not only will step into the Catherine Howard role but is preparing for other parts as well.

It should be noted Mack is far from alone in her appreciation of a show based on an atypical premise. Written by Toby Marlow and Lucy Moss, and premiering to great acclaim in London, the story is drawn from the six wives of King Henry VIII of England (1491-1547). While those women were dealt with cruelly if not gruesomely, Marlow and Moss turned the show into a pop-music-inflected celebration of female empowerment.

“‘Six’ delivers pure entertainment throughout its headlong 80 minutes. The wickedly smart lyrics are well set on tunes that are both catchy and meaty; the cast of terrific singers sells them unstintingly, straight to the joyful finale. And the production values — especially Tim Deiling’s arena-rock lighting — befit a splashy North American premiere with Broadway backing.”

For Mack, for whom the music is the most important element of any show, “Six” certainly delivered.

“I really loved the music right off the bat,” she said.

She also found the message should strike a topical chord with audiences.

The entertainment value also extends to the script.

“The show is so funny and it’s so witty,” she said. “The writers did such an amazing job with it. It makes me laugh every single night.”

In creating the “Six” queens, the creators drew on contemporary models. For instance, the characters on stage are reminiscent of divas such as Beyonce, Adele, Rihanna and Lady Gaga.

“It’s like a concert,” she said. “It’s like going to a Beyonce concert or a Lady Gaga concert.”

While the production’s intermissionless running time requires stamina from the performers, the style has attracted theatergoers of a wide age range.

Mack’s parents, Greg and Vicki, expressed natural pride in her success during a phone interview.

“I always thought she was going to (excel),” Greg said. “That’s not just Daddy talking, but she has the unbelievable skill set and the voice that she had the potential to take it to the next level, and she did.”

“It’s kind of her goal, and she works so hard and she never gives up,” she said. “It’s a profession where there’s a lot of rejection. It’s not that she hasn’t tried out for musicals and didn’t get the part. But she kept going, and she’s just got a love for it.”

Modestly, Courtney said she “didn’t do a whole lot” of theater growing up. She performed in three shows at Menomonie High School, two revue shows at the Mabel Tainter Center for the Arts in Menomonie and a couple shows at the Eau Claire Children’s Theatre.

“Otherwise that’s pretty much it,” she said.

But she has always loved to sing, an interest and skill she credits to her family.

Greg and Vicki as well as her grandmother sing well, Courtney said, citing her father’s talents in particular. “He kind of sounds like Steve Perry in Journey,” she said.

A podiatrist, Greg sometimes sings for his patients, according to Courtney, saying of the older women who see his performances, “They swoon.”

Vicki said Courtney was shy as a child, but a high school production of “Seussical” revealed her talents. Plus, “she just sang from the time she was little,” Vicki said.

Greg and Vicki also pointed to a talent of Courtney’s that no doubt comes in handy while learning songs and dialogue.

“She’d hear them once, and she’d know the words,” Greg said.

Added Vicki: “She’d walk out of a movie theater and repeat the lines word for word.”

Before being cast in “Six,” Mack had spent about eight years in Chicago after graduating from Columbia College in the city, attracted to the school’s musical theater program.

Among the credits she gained there is a Jeff Award (honors for Chicago’s theatrical scene) for actress in a principal role for her lead performance in “Heathers: The Musical.” She was also featured in Chris Jones’ Chicago Tribune article headlined “10 Hot New Faces of 2016.”

“‘Heathers’ was a big one for me,” Mack said. “It was a non-Equity show, it was like a storefront theater producing it, but it was a very popular show. We had sold-out houses every night, and that was the first show I was cast in as a lead outside of school. ... Just the overall show was great, and the music was amazing. And we had such an amazing cast.”

Mack’s other credits include “Ghost: The Musical,” “Million Dollar Quartet,” “Mamma Mia!” “Side Show,” “Cabaret,” “Urinetown” and “Tonya and Nancy: A Rock Opera.”

But Mack is focusing on “Six,” excited about the fact she’s going to Broadway and that she’s performing in a crowd-pleasing show.

“It’s a really fun time,” she said. “Everyone comes out, and they’re smiling.”