EAU CLAIRE — A former Eau Claire County employee is accused of nine counts of fraud relating to credit card purchases in the Department of Human Services.

Zer Yang Xiong Smith was charged with four felony counts of fraudulent writings by a corporation officer and five misdemeanor counts of fraudulent use of a credit card during her initial appearance in court Tuesday. Her bail was set at a $4,000 signature bond, and Smith was ordered to have no contact with DHS employees, finances, accounts or credit cards. A pretrial conference was scheduled for Aug. 31.

According to the criminal complaint, between November 2018 and August 2019, Smith allegedly used her county credit card for personal purchases and falsified email records related to those purchases. That included buying and using gift cards intended to be spent toward a county program to assist at-risk youth.

Smith, 39, began working for the county in August 2011. She was responsible for purchases for the Supporting Actions Resilience and Knowledge (SPARK) program from July 2018 to October 2019.

According to the criminal complaint, Smith purchased 43 prepaid Visa gift cards for the SPARK program, each of which was for $500. However, SPARK program records indicated receiving or approving 17 gift cards.

“It appeared the defendant had been purchasing gift cards using her department issued credit card without proper internal approval,” the complaint reads.

During a May 28 interview between Smith and the Eau Claire Police Department detective handling the case, Smith “advised that she had not received any training or guidance on how to use her Eau Claire County credit card,” according to the complaint.

Smith told the detective she was struggling financially and that no one else used the gift cards for personal use.

Smith was fired from her position Oct. 14, 2019 after a department investigation into her transactions. In the termination documents, Smith was ordered to repay $850.78 to DHS.

“While we are disappointed to discover the alleged theft of gift cards intended for a Department of Human Services program, the situation was discovered and handled,” Schauf said. “That is certainly a reflection of the continued and ever evolving control systems in place at Eau Claire County. We simply cannot, and will not, tolerate any misuse of taxpayer funds.”

“It’s always disappointing to find that there are people who indeed betray their position of trust,” Bates said. “Unfortunately, that makes it bad for everybody … It’s not something that any of us are in any way happy about, except for the fact it was found quickly.”

“We are concerned and saddened that this occurred,” Cable wrote in an email. “We are grateful that through our established processes of internal checks and balances, this was uncovered. While we have processes that prevent and identify incidents, human action and behavior was the cause.”

Bates said constant oversight is required to make sure these kinds of activities are less likely to occur in the future.

“We always have to be vigilant, whether that’s in Human Services or any other department,” Bates said. “You really have to be watching, unfortunately, all the time.”

Bates acknowledged the past few months have presented challenges for the department. In addition to the alleged fraud, a $1.29 million projection error was uncovered in late May, bringing DHS overages to more than $3 million in 2019. A few days after the error was uncovered, the Eau Claire County Sheriff’s Office began a fact-finding inquiry into DHS financial practices that remains open.

It also came to light Monday that during the DHS 2019 audit, the accounting firm CliftonLarsonAllen found a reconciliation error totaling just over $200,000. 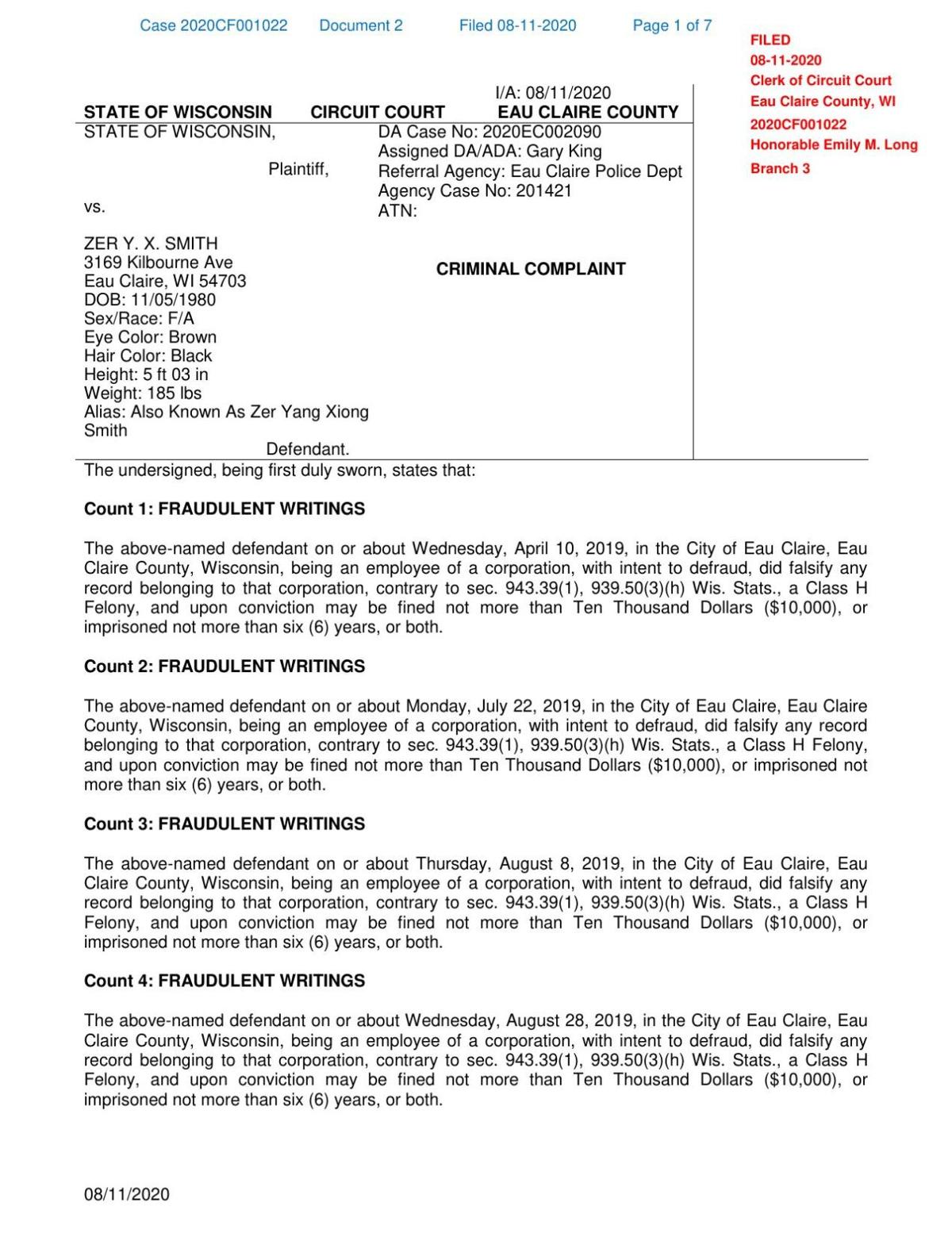