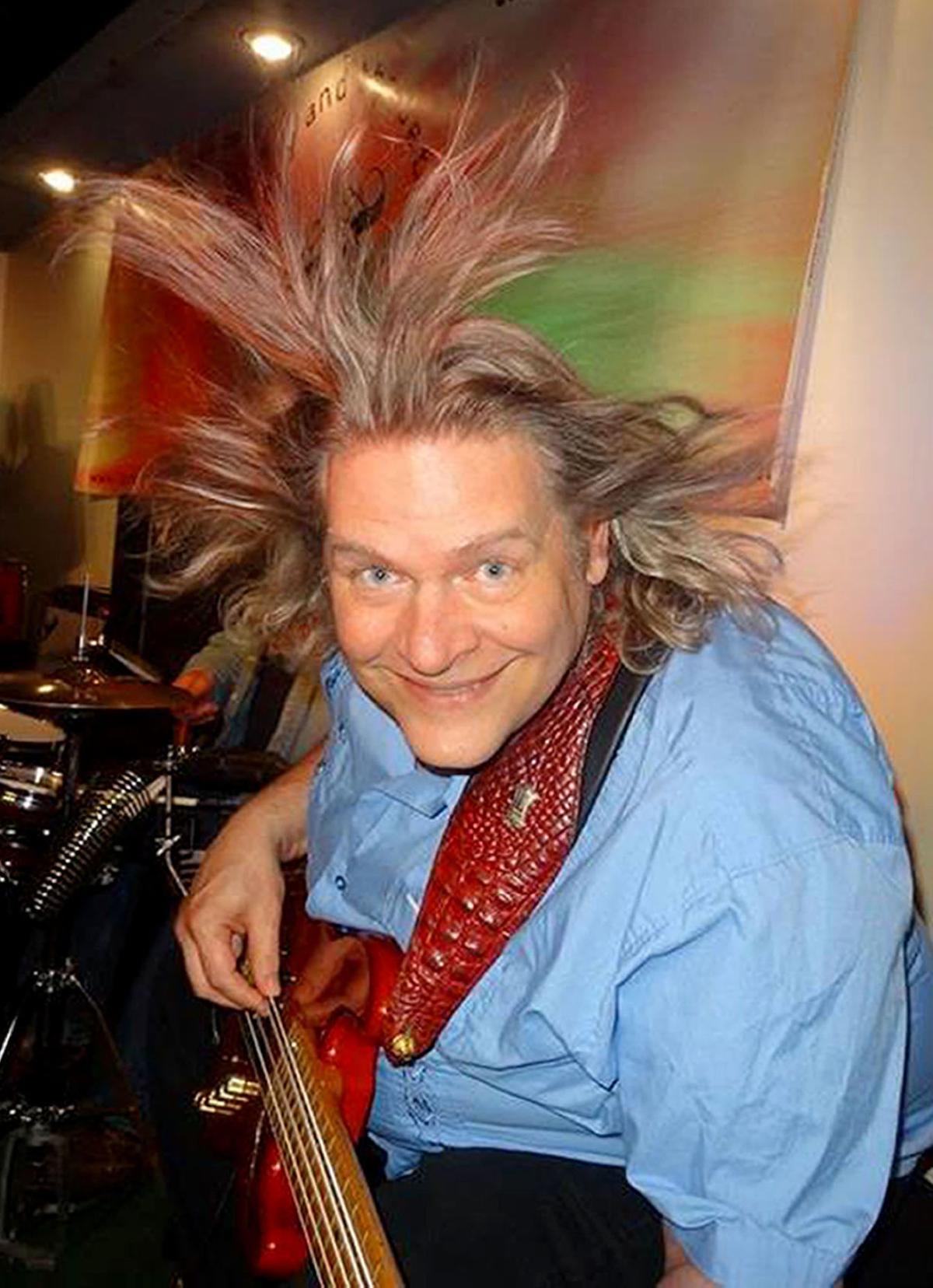 Fellow musicians and other friends of Bentley Harder are holding a benefit concert Saturday for Bentley, who is being treated in Rochester, Minn., after suffering a heart attack. The lineup includes 14 bands plus other guest musicians. 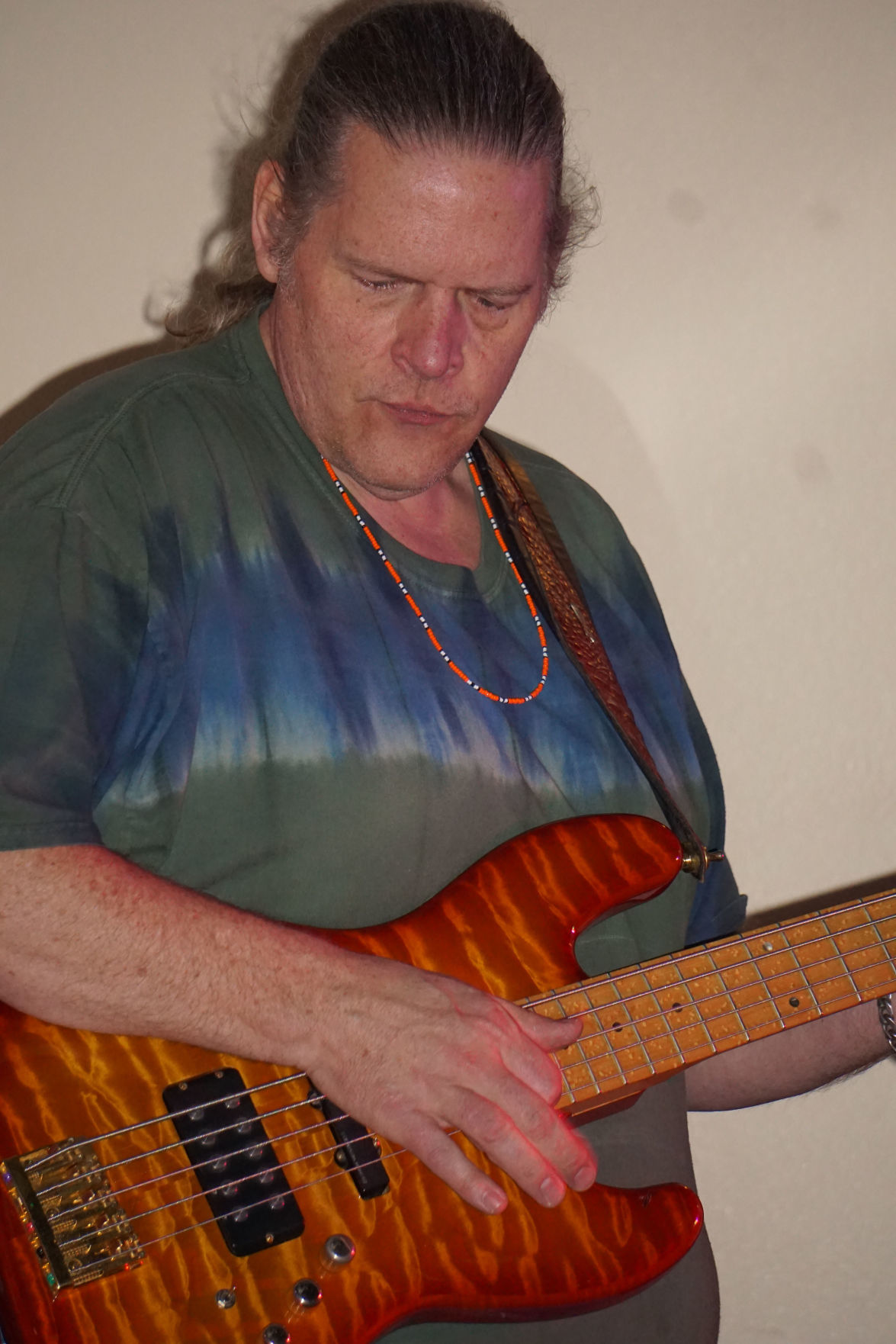 Bentley Harder, a singer-bassist, has performed with more than 100 bands since his teens, his brother Rick said. A benefit to help Bentley with medical expenses after he suffered a heart attack will be Saturday at Labor Temple Lounge/Brickhouse Pub, 2233 Birch St.

Fellow musicians and other friends of Bentley Harder are holding a benefit concert Saturday for Bentley, who is being treated in Rochester, Minn., after suffering a heart attack. The lineup includes 14 bands plus other guest musicians.

Bentley Harder, a singer-bassist, has performed with more than 100 bands since his teens, his brother Rick said. A benefit to help Bentley with medical expenses after he suffered a heart attack will be Saturday at Labor Temple Lounge/Brickhouse Pub, 2233 Birch St.

Bentley Harder’s status as a well-liked and respected local musician stands out through the fact that a benefit concert has been organized to help him recover from a serious heart attack. But a few numbers suggest a particularly high level of support.

The first is 14, the number of bands who will be taking the stage to help Bentley and his wife, Judy, Saturday at the Labor Temple Lounge/Brickhouse Pub, 2233 Birch St. In addition to that lineup, singer-guitarists Tommy Bentz and Jay Stulo will be playing at times during the event. Bentley not only is friends with the musicians donating their efforts, but the singer-bassist has performed with many of them.

The second figure comes from Bentley’s brother Rick, who has discovered the deep level of good will accorded Bentley as Rick has posted condition updates on the breathebentley.com website.

“Since Ben’s heart attack incident whatever, I’ve probably added 130 Facebook friends, which were all his friends, and they friended me because they want to know what’s going on,” said Rick, who also is a musician and a sound technician.

That sense was amplified during another benefit for Bentley, held at Stones Throw. At the event Rick was surprised at how many people he didn’t recognize approached and greeted him.

“I came to the realization that there were 30 people there that were Facebook friends with me that I had never met. They’re all walking up, ‘Hey, Rick,’” he said with a laugh. “It’s a little disconcerting for me, but it also shows the depth of commitment and friendships that Ben had made over the years.”

Asked to estimate the number of bands Bentley has played in, Rick responded with a couple of other numbers that speak to Bentley’s place in the local music scene: “Easy triple digits. And it literally goes back 40-plus years. Took it up when he was in high school, and I think he was 16 when he played in his first band.”

As described on breathebentley.com, Bentley suffered the severe heart attack while shoveling snow, and he underwent quintuple bypass surgery in Eau Claire. Due to the severity of condition, he was transferred to Rochester, Minn., where he remains in intensive care, receiving ongoing treatment.

Machines are enabling Bentley to breathe, and to receive nourishment. He has undergone a tracheotomy to facilitate ventilator use. He is now on dialysis to help his body process the many medications being utilized to offset infections systemically and in his lungs.

In a region that seems blessed with a large number of generous musicians who regularly donate their talents to worthy causes, Bentley himself fits right in.

After Duane “Danno” Kebschull, who handles light and sound production at many area events, sustained a serious leg injury last summer, Bentley volunteered at a three-day benefit for him. He ran sound for two of those days from start to finish.

Kebschull is one of the four people coordinating the Saturday benefit; the others are Anastasia Vishnevsky, Kebschull’s partner, and their friends Cheryl Apfel Wise and Jessica Kerckhove. Vishnevsky and Apfel Wise also coordinated the fundraiser for Kebschull.

During a recent conversation, Kebschull, Vishnevsky and Apfel Wise were asked how the fundraising effort came about.

“It just seemed natural, seemed like we needed to do it,” Kebschull said.

Referring to Bentley’s previous assistance, Apfel Wise said, “That showed how he pitched in, and then the community pitches in.”

Besides the desire to help, the organizers also bring experience to the event. They’ve learned, for example, the benefits of seeking volunteers well ahead of time and knowing where expenses will show up. People still interested in helping, by the way, can perform roles such as setting up, cleaning up and assisting with the silent auction.

The beneficiary of the event no doubt would rather be there playing and enjoying the camaraderie, to judge by Vishnevsky’s description, rather than in his current situation.

“He’s just a very kind and gentle person,” she said. “He’s your basic hippie. And he just wishes the best for everybody. And he’s a musician. He can be high strung at times and yet his presence is generally calming, peaceful, generous.”

Vishnevsky, who has performed in bands with Bentley, added that he loves kite flying and adores his dog, Comet.

“I think he was really one of the first people in town that I met when I went out to bars and listened to music that really was very nice to me and friendly to me and was a buddy right off the bat,” she said.

As Rick wrote Tuesday in a post titled “Don’t Look Back” on the breathebentley.com website after he and Judy visited Bentley in Rochester: “It’s hard to imagine a better day than the one we had with Ben today.”

The positive news included improvements in Bentley’s medical status and his engagement with his visitors and the staff. “Lest there be any doubt, this is the Ben we all know, from riffing on movies, talking about music, and sharing memories to discussing his relationships with the people who will be performing this weekend.”

The post also noted that Bentley was greatly appreciating another act of generosity: a U-Bass, a smaller instrument made by Kala Music, given to him by Tommy Bentz and his wife, Jen Burleigh-Bentz, who own Brickhouse Music in River Falls. Rick wrote that Bentley has been spending more “therapy” time and serenaded his visitors.

Considering that determination no doubt has played a part in Bentley’s improvement, that quality also is helping the benefit itself take place. The event originally was scheduled for The Metro, and the organizers had expressed gratitude to the venue’s owners for donating the space for the night. But after a Monday night fire damaged the building, the organizers quickly found the Labor Temple as an alternate location.

Bentley will be “virtually” enjoying the Saturday festivities, Rick wrote, alluding to the fact he’ll be watching a livestream from his hospital room.

Kebschull can bring an informed perspective to how much benefits can accomplish.

“Speaking firsthand as somebody who has had one of these, it’s such a wonderful feeling when you get on the other side to be able to look back and say, ‘Wow, these people made this hell so much easier. They made this benefit happen and they made this burden so much easier to bear.’”

Apfel Wise noted the efforts of many who are helping with the effort. “Most of the musicians in town just don’t get enough credit, I think, for all that they do and the things they volunteer for a lot,” she said.

To which Vishnevsky added, “And I think that speaks to what makes a musician is that empathy, that openheartedness, that sensitivity to others and to the experience of others.”

Those sentiments no doubt are being felt, to an incalculable degree, from here to Rochester.

What: BENefit for Bentley and Judy Harder, featuring many local musicians and a silent auction. The event is raising money to help with medical expenses for Bentley, a musician who had a severe heart attack and remains in intensive care in Rochester, Minn.

More information, including the band lineup and the list of local businesses contributing items to the silent auction: breathebentley.com; tinyurl.com/rz6p5l8; or the GoFundMe page at tinyurl.com/us6txn2. Note: Those bidding on silent auction items need not be present to win.

The Saturday concert, beginning at 12:30 p.m. at the Labor Temple Lounge, will feature sets by the following musicians:

• Jenny and the Jets.

Singer-guitarists Tommy Bentz and Jay Stulo also will be performing during the event.

Music for the Cause

The song “Hug the Muscle to the Bone” was written, recorded and made available as a free .mp3 download for donations to the Bentley Harder GoFundMe campaign. The song is available at breathebentley.com and features the following personnel:

Lyrics are available at breathebentley.com.