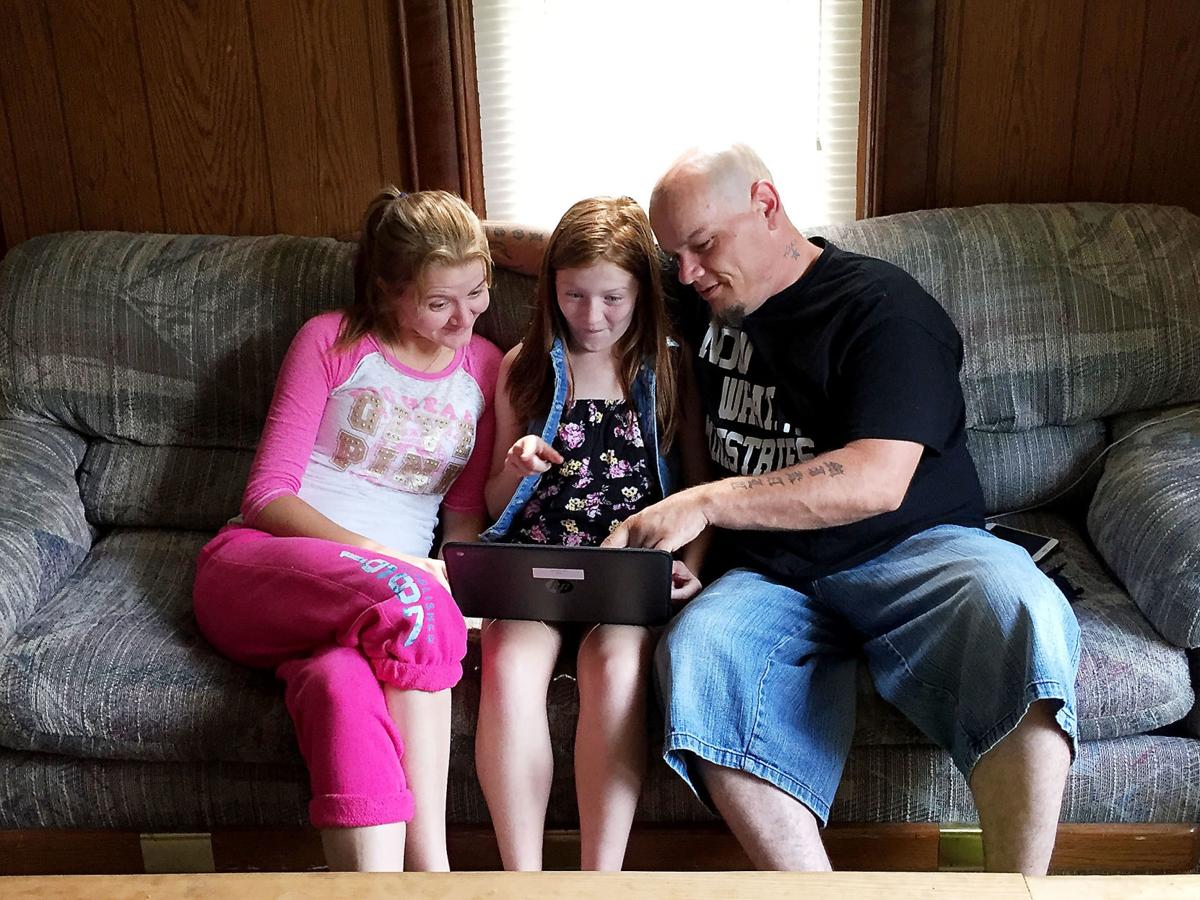 David Starr, right, with his girlfriend, Jess Dierchs, and her daughter, Sharaya, look at a laptop computer in the living room at the Community for Veterans home in Menomonie. Starr, an Iraq War veteran, credits the nonprofit agency with saving his life. 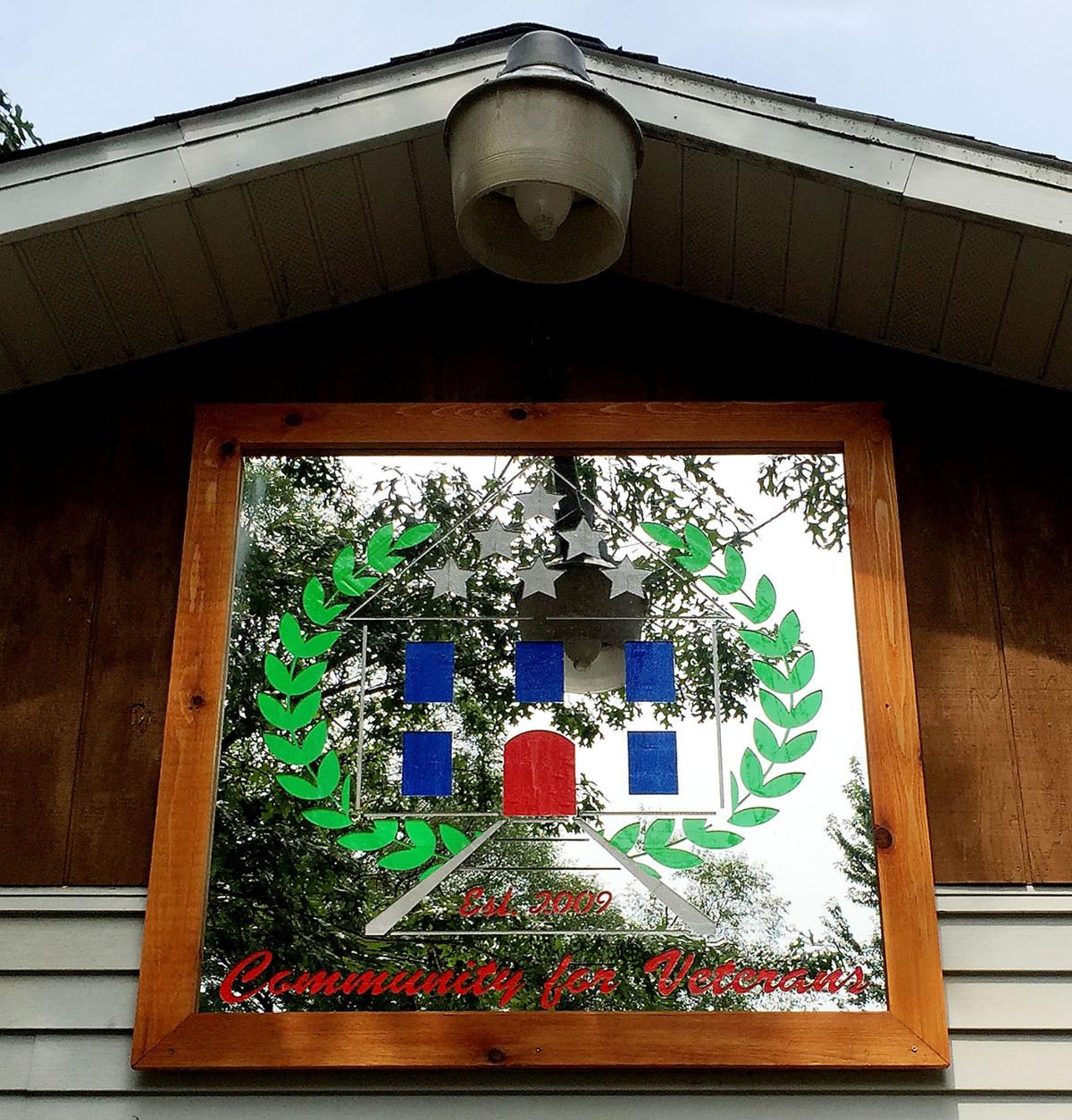 This sign hangs on the Community for Veterans home at 223 17th Ave. W. in Menomonie.

David Starr, right, with his girlfriend, Jess Dierchs, and her daughter, Sharaya, look at a laptop computer in the living room at the Community for Veterans home in Menomonie. Starr, an Iraq War veteran, credits the nonprofit agency with saving his life.

This sign hangs on the Community for Veterans home at 223 17th Ave. W. in Menomonie.

MENOMONIE — David Starr knows the Community for Veterans home in Menomonie saved his life by providing an affordable, safe place to live.

“If I wasn’t in this place, I would have led back to my drug addiction,” Starr said, noting he was addicted to methamphetamine.

Starr, 37, who often uses his middle name, Aaron, has lived at Community for Veterans about four months. Starr served in the Army from 2005 to 2013, including a tour in Fallujah, Iraq, in 2009.

As an addict, Starr ended up in Dunn County Treatment Court and was homeless. A friend guided him toward Community for Veterans.

Community for Veterans started in 2009 after Earl Wildenberg donated the home at 223 17th Ave. W. Wildenberg is president of the community’s board of directors.

The home is open to all veterans and their families. It provides a safe, sober and alcohol-free housing situation with a rent of $350 a month, including all utilities.

There are currently three bedrooms at the house.

A remodeling project is underway to add two more bedrooms in a basement area, remodel the three bathrooms in the home and replace an older staircase. The work is projected to be completed later next month.

The electrical work for the remodeling is being done by Marc Lorenzen of Colfax. The construction contractor is Lee Custom Construction of Spring Valley. The plumbing contractor is Halvorson Plumbing of Menomonie.

Having a lower rent helps veterans save money as they return to the workforce, Sutliff said.

“We’ve had a family stay here before and a mother and her daughter,” Sutliff said. “Ages can vary. It is whoever shows up and is in need.”

The nonprofit organization is funded through the rents and donations.

“Every dime is spent toward making the veterans more comfortable,” Sutliff said.

Eventually, the goal is to add an addition attaching the existing house and garage to make a larger Community for Veterans. Three more bedrooms would be added, as well as a larger kitchen and dining area, Sutliff said.

The need for this type of housing to help veterans is expected to continue, Sutliff said.

Sutliff noted homelessness numbers can be deceiving because it is difficult to know who is staying with friends or in their cars.

For Starr, Community for Veterans is a safe place. He recently was at the home with his girlfriend, Jess Dierchs, and her daughter, Sharaya.

Starr and Dierchs are saving their money to one day get their own place.

Community for Veterans also is helpful by allowing his two children to visit and stay.

“It’s encouraging there are people who do care,” Starr said.