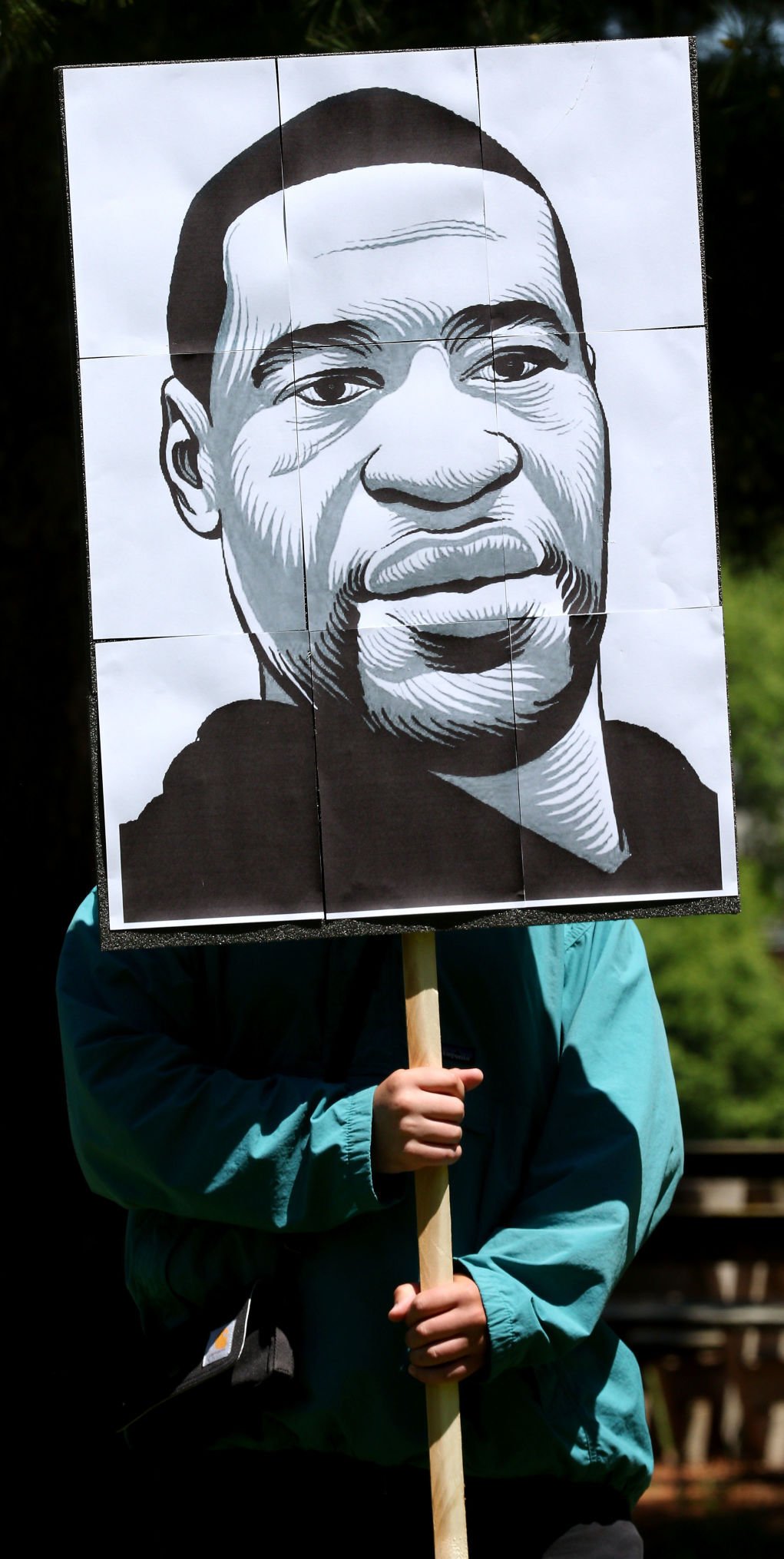 A protester carried an image of George Floyd as he walked during a peaceful protest in Owen Park in Eau Caire Sunday. Others also gathered in Phoenix Park. View more photos at LeaderTelegramPhotos.com. 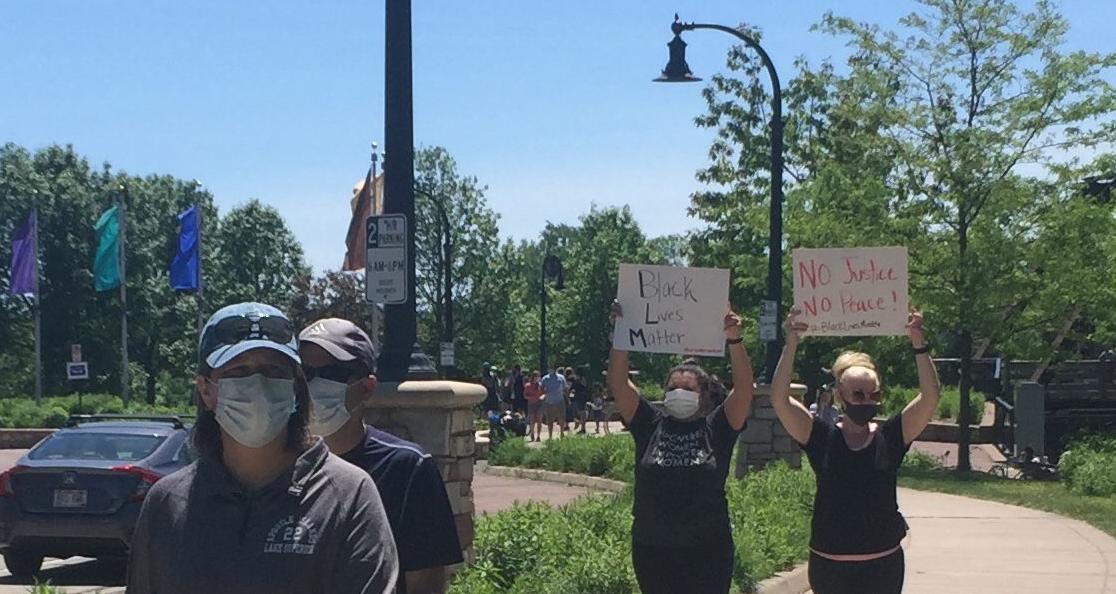 Protesters hold signs after a downtown Eau Claire protest Sunday that condemned police brutality in the death of George Floyd. Eau Claire City-County health officials on Monday strongly urged people who attend rallies and protests to wear masks as a defense against spreading the novel coronavirus.

A protester carried an image of George Floyd as he walked during a peaceful protest in Owen Park in Eau Caire Sunday. Others also gathered in Phoenix Park. View more photos at LeaderTelegramPhotos.com.

Protesters hold signs after a downtown Eau Claire protest Sunday that condemned police brutality in the death of George Floyd. Eau Claire City-County health officials on Monday strongly urged people who attend rallies and protests to wear masks as a defense against spreading the novel coronavirus.

Hundreds gathered in downtown Eau Claire Sunday afternoon to protest the death of George Floyd, who died Monday after pleading for air as a Minneapolis police officer pressed his knee onto Floyd’s neck for nearly nine minutes.

Carrying signs reading “Black Lives Matter,” “No Justice, No Peace” and “I CAN’T BREATHE” and chanting Floyd’s name, protesters marched from Phoenix Park in downtown Eau Claire to Owen Park, where they held a moment of silence for the 46-year-old Floyd, attendees said.

“Black lives do matter, people of color do matter, and this police brutality and senseless violence happening all across America needs to stop,” said Gabby Geary, who attended the protest.

No citations or arrests were made at the protest, Eau Claire Police Department public information officer Josh Miller told the Leader-Telegram Sunday.

“Protesting is one of the few ways that we can share our voices, and also show that people of all different races and genders and identities come out,” said Casaiya Keyser, who walked in the protest Sunday.

In addition to Floyd, other black people killed in the U.S. in recent weeks were remembered at Sunday’s protest, including Breonna Taylor, 26, an emergency medical technician fatally shot March 13 in Louisville, Ky. by police who broke down her door to conduct a narcotics-related search warrant (a lawsuit filed by Taylor’s mother argued that the person police were looking for had already been arrested by Louisville police before the shooting happened).

“We’re out here for George, for Breonna, for Ahmaud, for all the countless people who have been killed in acts of senseless violence,” Geary said after the protest.

Georgia authorities arrested and charged a white father and son in May in the death of Ahmaud Arbery, 25, a black man fatally shot in February after a vehicle pursuit when the two spotted Arbery running in their Georgia neighborhood.

The protest in Eau Claire comes after nearly a week of unrest in other major cities across the country, including Minneapolis, police have failed to quell nights of looting, rioting and fires that followed Floyd’s death.

Four Minneapolis police officers were fired the day after Floyd’s death, and on Friday, Officer Derek Chauvin was charged with third-degree murder and second-degree manslaughter.

But peaceful protests and looting have continued in cities across the U.S. Wisconsin Gov. Tony Evers on Saturday called on the state National Guard to help support law enforcement in Milwaukee, following protests that turned violent overnight.

Evers said in a press release that he authorized 125 Guard members to assist after receiving a request from Milwaukee city and county officials. They are worried about a repeat of the demonstration over Floyd and Joel Acevedo, who died last month after an altercation with a Milwaukee police officer.

In Eau Claire, a rumor about civil unrest gained traction on social media, but the city has disavowed a “fictitious social media post” that claimed to be from a group called Eau Claire Emergency Action Committee. The post advised local business owners of “civil unrest.” No such committee exists in the city or county, and the information is false, the city said in a statement.