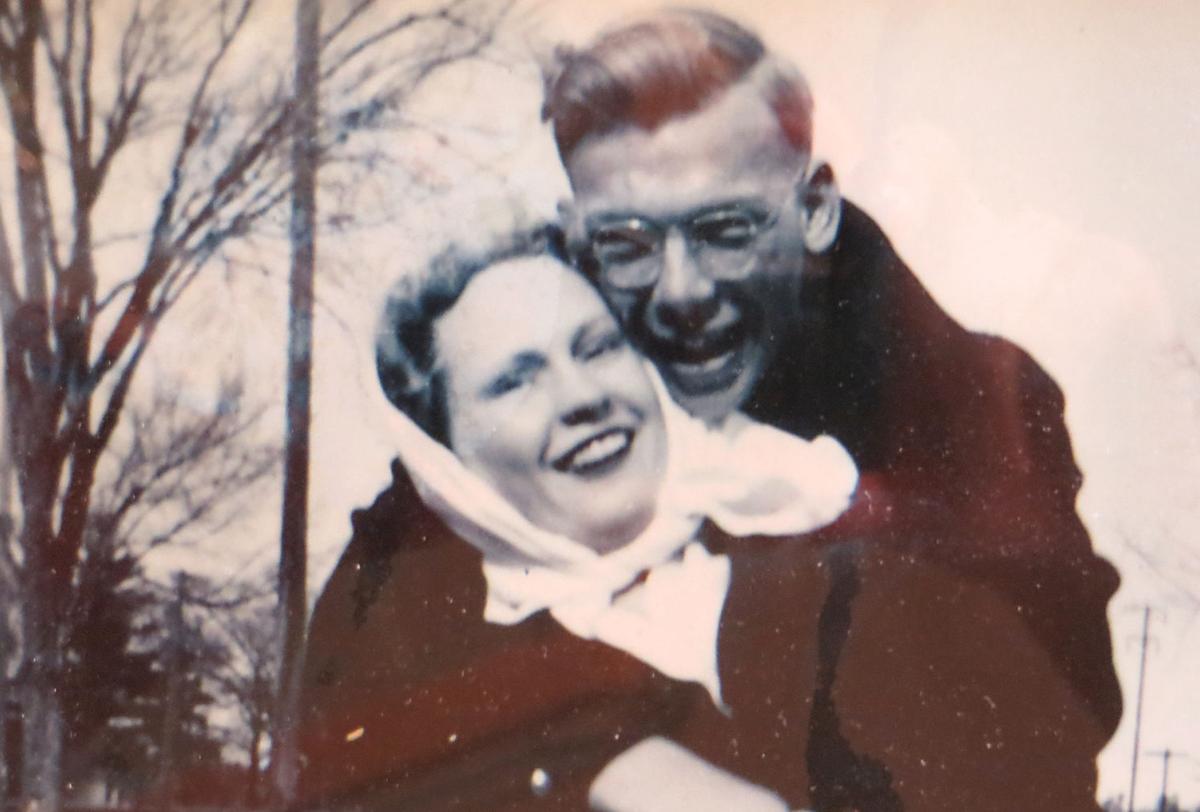 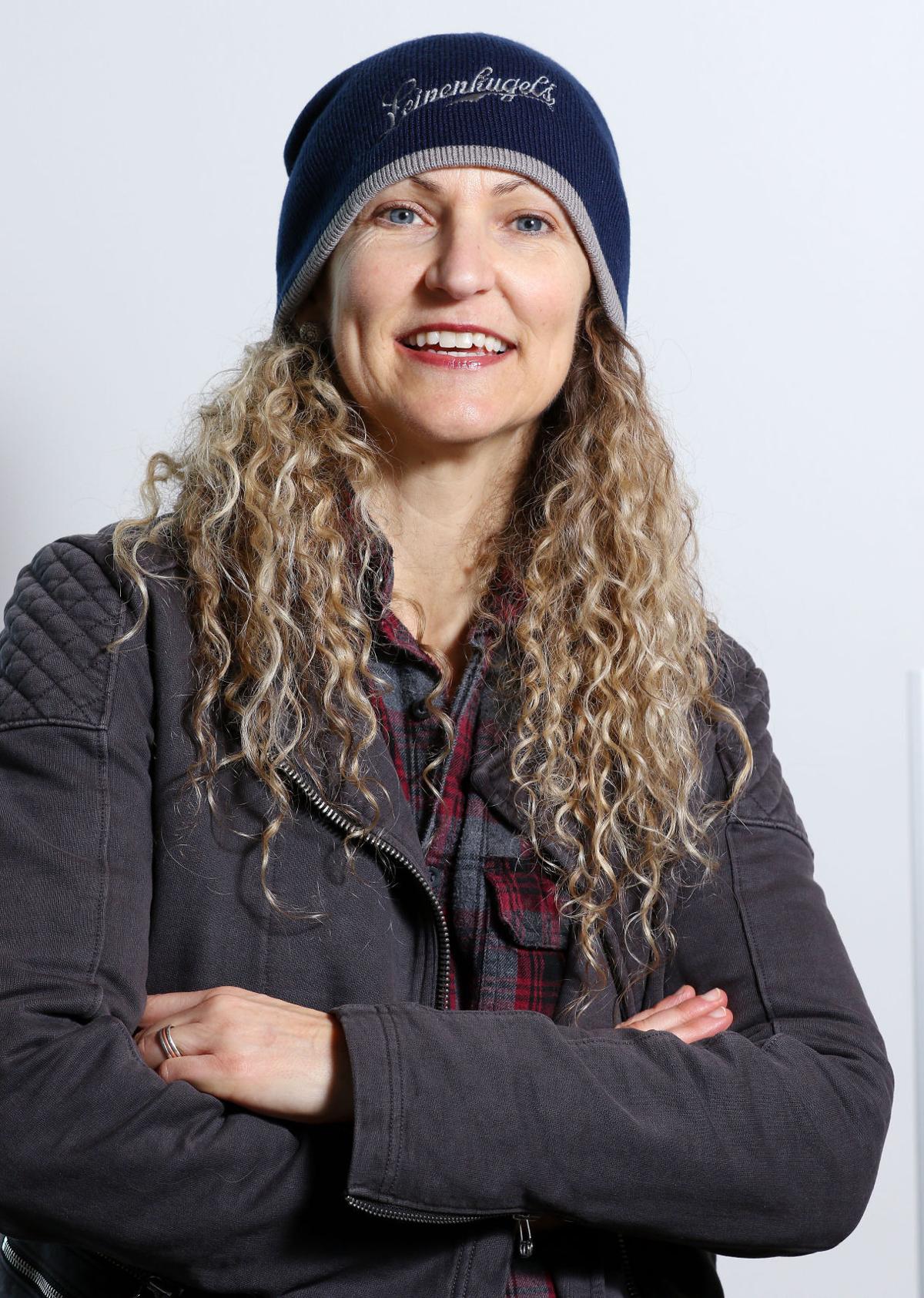 I don’t exactly see apparitions at my house on Lake Hallie, but I sometimes sense a presence. My husband doubts me, though Bruce knows that in each place we live we leave behind pieces of ourselves: children’s growth etched onto a wall or dead skin lost between floorboards. Why wouldn’t we also create a spiritual imprint?

Many of us pick up on the vibes in any space. Walk into a room where two people are angry at each other or one in which a couple is newly in love. That energy is palpable. The same is true with psychic phenomena.

Paranormal investigator Dan Sturges claims that everyone has a bit of an “ability.”

My antenna has always been able to tune into that which I cannot see. I’m not alone. One night a friend visited not long after Bruce and I moved to Lake Hallie 10 years ago. Maybe 15 minutes after sitting at the kitchen counter, she looked up from her beer and said, “You have a ghost, don’t you?” This was a bit like someone with a cat allergy sniffing out a hidden kitten.

I nodded. “I think he likes to be right here” — I pointed to the hallway — “especially when we drink.” I joked that we just live and let live at our new place.

Our house documents only go back to the 1960s, when the first septic system was installed, but the most interesting history comes from my old-timer neighbors. They claim that in the 1920s this was an early site for Lake Hallie Golf’s clubhouse, then a small cabin built by “Banty” Wendt. Next, ownership shifted from one Tangen family: Art and Rita — longtime owners of the golf course — to George (Art’s cousin) and his wife Joan. We bought from Joan in 2010, 10 years after George died in the house.

When I started recording the oral histories of people who have been on Lake Hallie the longest, my neighbors connected me with Nellie Dutton Erickson who lives across the lake from us.

My initial reaction: Does she really know where I live? I’ll soon discover she knows everything. She spent her entire life here, and Nellie’s ancestors were some of the original white settlers in this area.

I first visit her just after Halloween, 2014. “Witches were in our family. Not just me,” she teases.

After an hour of Lake Hallie history — including lore about its namesake, lumber baron John Ure’s daughter Hallie, who may have drowned here — she proclaims, “Now I’m going to tell you the story of your house.”

Nellie lived off of a busy highway, what’s now OO. Her dad owned Bucket of Blood Bar, next door to Slim’s (now Slim’s Lake Hallie Tavern). Gilbert Dutton died in 1933 when Nellie was a baby. As a girl she ran with a group of neighborhood kids. Over 70 years later, she remembers there were three girls and 14 boys. She still calls them “Hallie Brats.” Each Halloween they snuck onto Wendt’s yard — now Bruce’s and mine — and tipped over the outhouse. Once they pushed so hard, it ended up in the lake.

I know where that outhouse stood. One winter a few years ago a sinkhole opened up in our side yard, precisely where the long-ago owners built their latrine.

It may be easy to cast Frank “Banty” Wendt as the neighborhood ogre, but perhaps he just didn’t like kids on his property. Frank was born in Germany in 1893 and settled in Eau Claire with his parents and siblings. Later he built two small cabins on Lake Hallie, where he rented boats and sold bait. Nellie tells me Banty also worked as a handyman at the golf course. His obituary in 1971 listed him as a brick layer. He erected both of his rustic structures on stone — one perched from a shale outcropping on the south edge of Lake Hallie and the other — which still stands: where I’m writing from — was built into rock with its foundation in the water.

One of my other neighbors claims Frank got his nickname because he strutted around like a banty rooster. Others confirm he was small and aggressive — a hothead with a mean streak, especially when he drank. He often picked a fight with the biggest guy in Slim’s. No surprise: Banty got beat up time and again.

The Halloween Nellie was 14, her neighborhood pack snuck onto Lake Hallie Golf Course, down the Wendt’s long driveway and headed toward the outhouse. Before they could push it over, Banty jumped out the narrow door with a shotgun and sprayed rock salt. The kids scattered.

A petrified Nellie stumbled. Her friend David, a seventh grader Nellie remembers was already 6-foot-2 and had “legs like Ichabod Crane,” simply jumped over the top of her and ran away. She fell again running up the steep sand driveway. When she struggled to climb over the barbed wire fence, strange hands reached down and lifted her up and over to safety. This was the first time she met Jim Erickson, a 19-year-old who had just moved to the area. After graduating from Eau Claire Senior High, he fibbed about his age to get a job at Northern States Power Company. He moved to rural Hallie so he could keep his prized horse, Colonel, on his sister’s farm.

After that Halloween encounter, Jim waved at Nellie as she waited for the bus. Nellie says she didn’t really notice him. Then their mothers talked at a church function: Mrs. Erickson told Mrs. Dutton that her son was smitten with Nellie.

When her mom asked about this boy, Nellie responded, “Jim who?” Once she turned 16, the two started dating. That annual neighborhood prank led to a lifetime. They married in 1954. Nellie is 88 now; her beloved Jim died in 2010. She still calls him her “perfect man.”

Not many ghost stories turn out to be love stories. This Halloween at our place there’s no outhouse, no Banty Wendt, no Hallie Brats. Just the spirits of many souls who once lived on and loved Lake Hallie.

See is an award-winning author whose work has appeared in Brevity, Salon Magazine, The Wisconsin Academy Review, The Southwest Review, HipMama, Inside HigherEd and many other magazines, journals and anthologies. She wrote the blog “Our Long Goodbye: One Family’s Experiences with Alzheimer’s Disease” which has been read in more than 100 countries, and she is a frequent contributor to “Wisconsin Life” on Wisconsin Public Radio. She lives in Lake Hallie with her husband, writer Bruce Taylor.