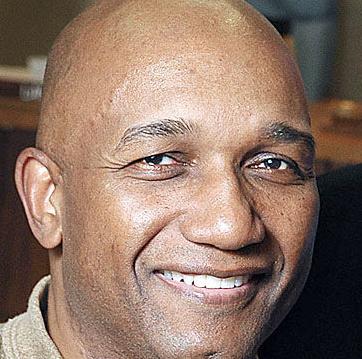 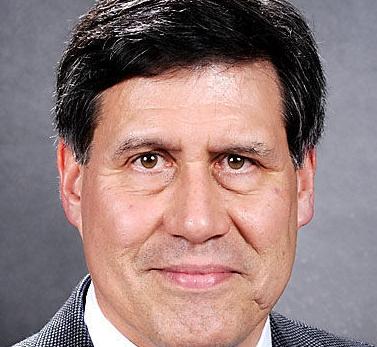 EAU CLAIRE — This isn’t the first time Berlye Middleton has been called up to address problems involving racism in Eau Claire.

The former city councilman recalled several occasions in his 35 years of living in Eau Claire where he’d been asked to help UW-Eau Claire and the city government in responding to issues that impacted the lives of underrepresented people.

But he’s hopeful the latest effort to address institutional racism through a community-led coalition has a better opportunity for lasting change.

Middleton is one of four co-chairpeople for the Chippewa Valley Transformation Project, a new group that introduced itself publicly on Wednesday afternoon with a news conference held using online videoconference platform Zoom.

The project is under the umbrella of Uniting Bridges, an existing coalition that Middleton is a leader in that advocates for underrepresented people in the Chippewa Valley.

Along with Middleton, the other co-chairpeople are Eau Claire attorney and UW System Board of Regents member Ed Manydeeds, UW-Eau Claire Office of Multicultural Affairs Director Dang Yang and MaiVue Xiong, executive director of the Pablo Foundation.

The project formed in response to numerous incidents last year that prompted people nationally and locally to urge leaders to address systemic racism, including the death of George Floyd last May while a Minneapolis police officer kneeled on his neck.

“The narrative and interest in having these conversations have gotten to the forefront of people’s minds,” Yang said.

The four co-chairpeople began meeting in fall over Zoom and have since been working on goals, ways to measure progress and organizing an advisory board and coordinating committee.

Along with the four leaders, the project also includes UW-Eau Claire and local government officials, business community leaders and people from organizations that work with underrepresented groups.

The Transformation Project plans to roll out a website by mid-March with more information on its work and ways the general public can get involved in it.

On Wednesday the co-chairpeople spoke about their desire for the Transformation Project to have an impact on everyday life.

“Every aspect of our lives is what we’re looking at in terms of this project and how we’re trying to make life better for everyone in this community,” Manydeeds said.

He mentioned situations where people can face discrimination when applying for loans, renting or buying a home, or getting watched in stores due to their skin color, ethnic background or other minority status.

“Those things that happen because of the way people look or how they sound shouldn’t be happening,” Manydeeds said.

The Transformation Project won’t just focus on individual sectors — such as education, finance, health care, government and others — but instead take a broader look to address institutional racism people experience in their lives, Yang said.

He noted there are already some efforts to boost equity, diversity and inclusion going on the community in policing and the city government. Yang said the Transformation Project can build on those existing efforts by providing a coalition and structure to create opportunities for more of that work.

“The purpose of the Transformation Project is to complement those efforts currently going on,” Xiong added.

As a member of the Standing Rock Sioux Tribe in his 70s, Manydeeds has noticed improvements in society for nonwhite people since the 1950s and decades that followed, but not enough.

And locally Manydeeds described seeing a cycle that happens when an incidence of racism comes to the public’s attention. After the initial reaction, there are promises to prevent similar problems from happening again, he said, but the fervor to carry through with those often dies down until the next incident arises.

“Things changed and then they stop,” he said.

Manydeeds wants the Transformation Project to stop that cycle by ensuring those pledges for change are indeed carried out.

“We can’t say good things and then forget about it,” he said.