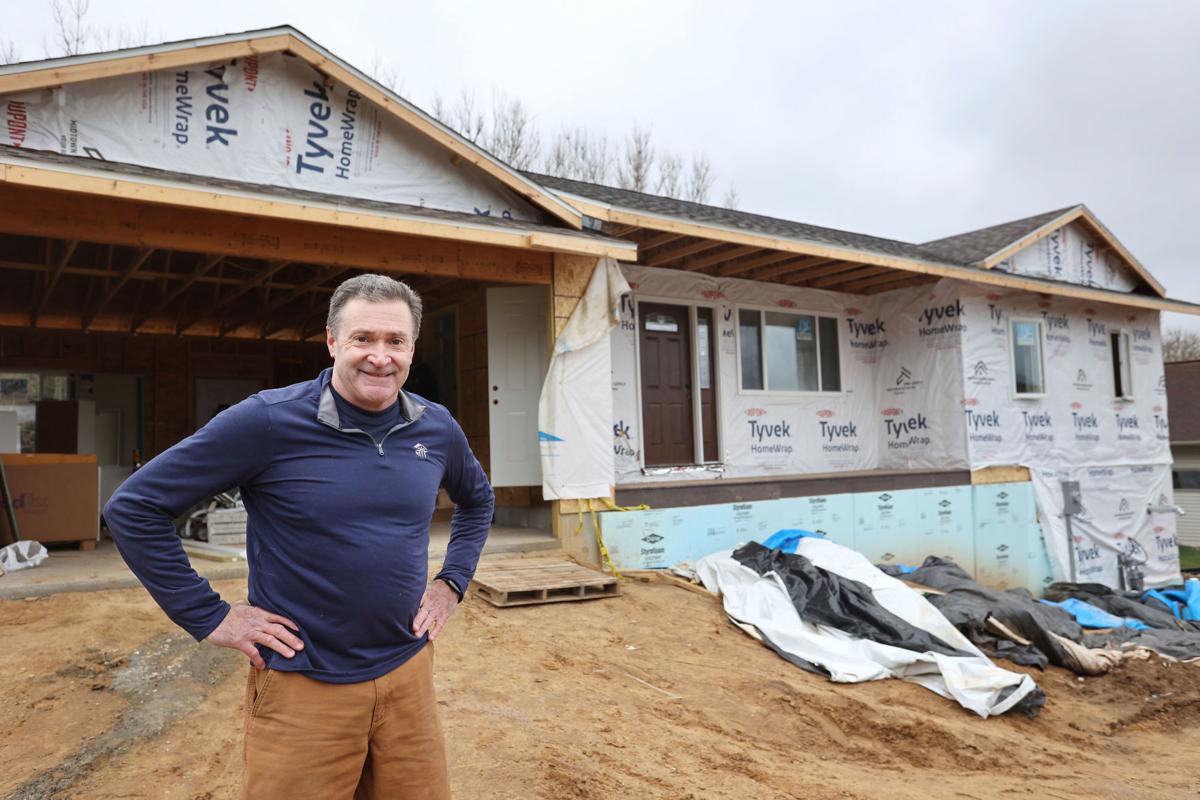 Chippewa Valley Habitat for Humanity executive director John Dawson, shown Wednesday at the site of a home the group is building in Mondovi, has been working to get the nonprofit back to building houses. View more photos at LeaderTelegramPhotos.com. 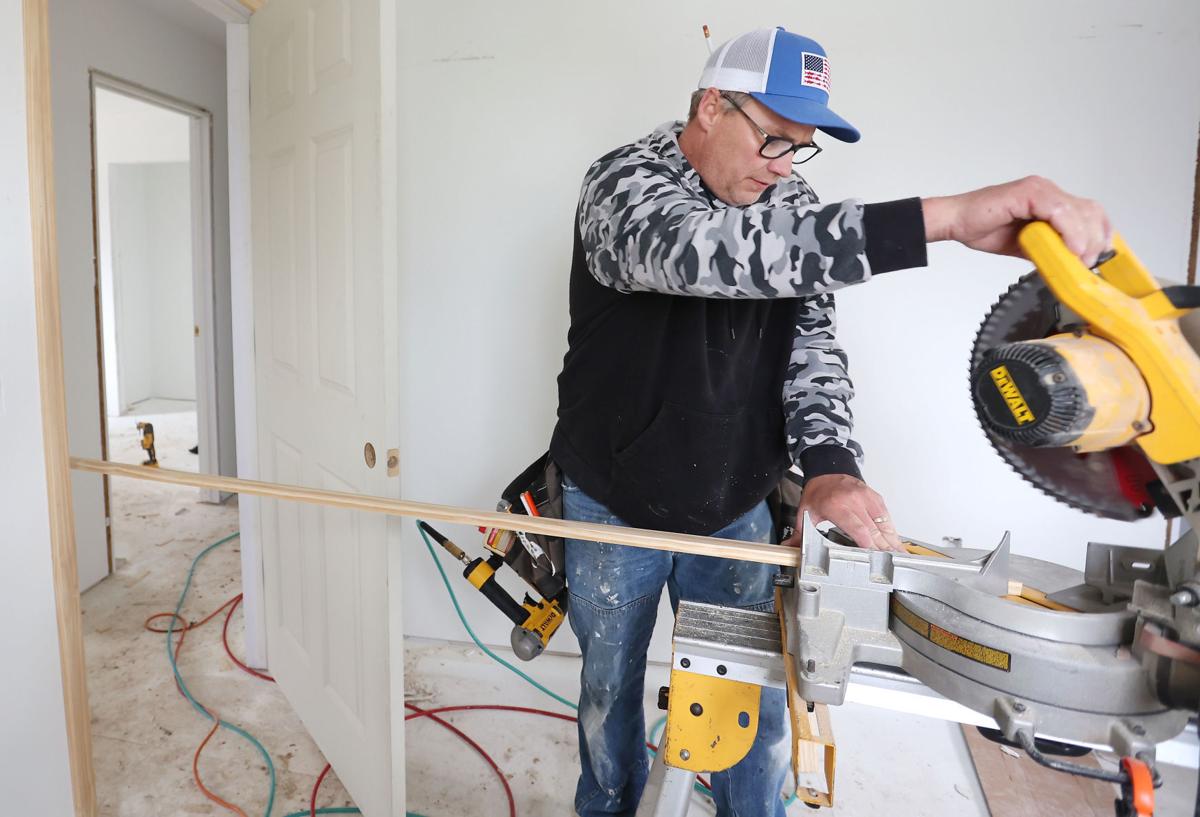 Volunteer Jeff Iverson of Iverson Carpentry and Construction in New Richmond cuts door trim Wednesday as he volunteers with his crew for three days on a Habitat for Humanity house in Mondovi. 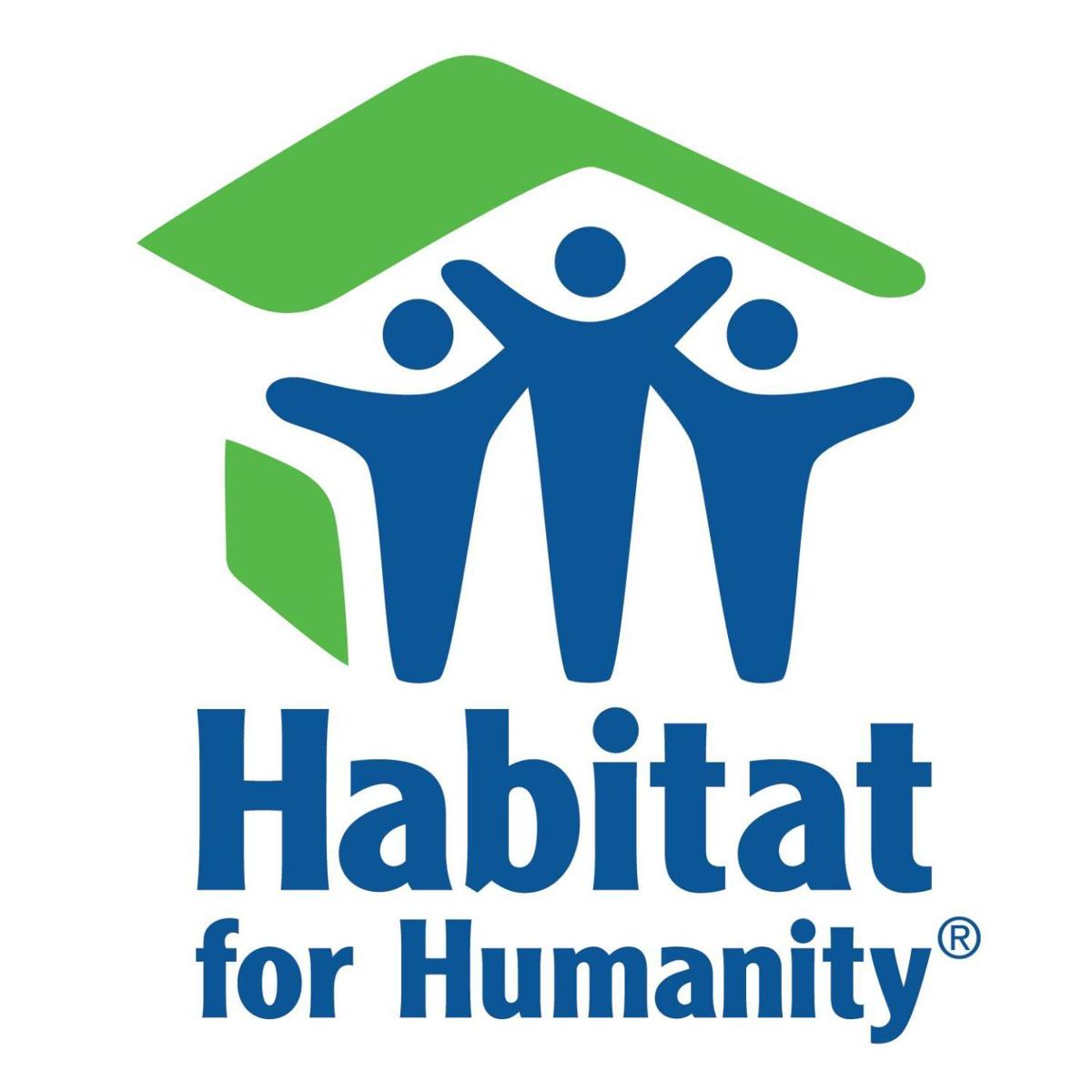 Chippewa Valley Habitat for Humanity executive director John Dawson, shown Wednesday at the site of a home the group is building in Mondovi, has been working to get the nonprofit back to building houses. View more photos at LeaderTelegramPhotos.com.

Volunteer Jeff Iverson of Iverson Carpentry and Construction in New Richmond cuts door trim Wednesday as he volunteers with his crew for three days on a Habitat for Humanity house in Mondovi.

EAU CLAIRE — Brittany Risler plans to achieve a longtime goal by moving into her own house before the end of the month.

The occasion will mark a major milestone for Risler and for the nonprofit organization that is helping to make her dream come true.

After building about 40 homes in 20 years, the Chippewa Valley chapter of Habitat for Humanity fell on hard times. The charitable group had failed to build a single house in the past four years.

That changed last fall with the arrival of a new executive director, John Dawson, who promptly set about revamping the local chapter and restoring its primary mission: building houses for people in need.

“My No. 1 goal is to let people know we’re back in business,” said Dawson, a former general contractor in Illinois who is using his business and construction know-how to help rebuild the local chapter.

That’s good news for Risler and her three children — Ayvah, 10, Brielle, 7, and Nolan, 5 — who have been investing so-called sweat equity to ensure they move out of their Mondovi apartment and into the newly constructed three-bedroom home on Mondovi’s east side.

“Me and my kids are really excited,” Risler said. “I’ve always wanted to buy a house and it was nice to be able to buy a home for an affordable price.”

While Dawson said a common misconception is that Habitat houses are presented to occupants free of charge, that is not the case, but they do get a good deal.

“I still have to pay a pretty big lump sum, pay a mortgage and put in the hours,” said Risler, who estimates she has spent more than 150 hours alongside volunteers and subcontractors helping to build her house.

Dawson noted that an expert is always on site to help and advise volunteers, many recruited by the future homeowner, on proper construction techniques.

“I actually helped put up drywall,” Risler said. “I never thought I’d do drywall, but I did. I also helped clean up the yard, put windows in, put doors in and I’ll be painting too. We’re kind of learning to do it all.”

Even her children have pitched in by pounding some nails and helping with cleanup.

Risler’s house, which Habitat began building in December, is the first of the group’s five building projects planned this year.

Chippewa Valley Habitat, which serves about a 30-mile radius around Eau Claire, plans to break ground soon on another house in Mondovi and then likely rehab a house in Eau Claire and build homes in Menomonie and Chippewa Falls or Altoona, Dawson said.

After the organization paused construction in recent years, its pool of volunteers and homeowner applicants dwindled, so Dawson has been working to build those back up as well. A large mailing in December generated an increase in volunteers and applications from potential partner families.

With a United Way report indicating that more than a third of Eau Claire County households either live in poverty or earn less than the cost of living, Dawson knows the need for affordable housing goes well beyond the 20 families now in line for Chippewa Valley Habitat houses.

Families apply for the assistance and go through an interview process to assess their income, need and willingness to invest the necessary sweat equity. A committee makes the final decisions.

For Dawson, a UW-Eau Claire graduate, the plan was always to work with a Habitat chapter after retiring from the construction company he founded in Illinois. His connection to Eau Claire made the Chippewa Valley role a perfect fit.

The local chapter is jumpstarting construction by shifting its funding formula, Dawson said. Instead of paying for houses and being repaid through mortgages — a process that stalled when the organization didn’t have enough money to afford to build houses — Chippewa Valley Habitat now plans to take out construction loans and have partner families make traditional mortgage payments to lenders.

“Right now we just have to get our brand back,” Dawson said. “We’re quickly turning things around and implementing the best practices from the most successful Habitat chapters around the state.”

Risler, who heard about Habitat from a friend, said she’s thrilled that the organization has resumed building houses for families in the Chippewa Valley.

“I’m just really appreciative that I was given the opportunity to be part of Habitat for Humanity,” Risler said. “They are a great organization to work with.”

Habitat for Humanity International, founded in 1976, is a global nonprofit housing organization working in local communities across all 50 states in the U.S. and in about 70 countries around the world.

More information about Chippewa Valley Habitat for Humanity, including details about volunteering, donating or applying to be a partner family, is available at cvh4h.org.