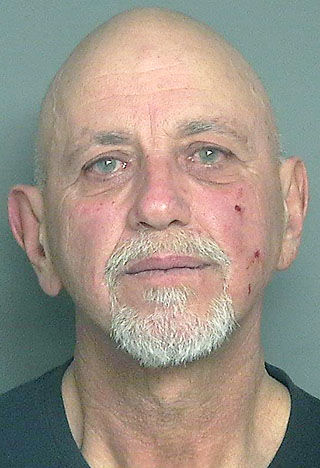 EAU CLAIRE — A Withee man accused of strangling, beating and sexually assaulting a woman in an Eau Claire hotel room must pay a fine and complete at least three treatment programs.

If Higham successfully completes the agreement, he will be found guilty of the charges but prosecutors will not seek any further penalty other than the fine.

Eau Claire police responded to Motel 6, 2305 Craig Road, on Sunday, Jan. 12, 2020, after someone heard a female yell for help. Officers arrived and could hear a woman screaming for help and a man yelling “shut up” from one of the rooms.

Higham opened the door and he and the woman were inside. Both were naked. The woman appeared to be trying to get away from Higham in the bathroom. Higham continued to yell at the woman until officers stepped between them.

The woman told police she and Higham were in a relationship and lived together for six months about a year ago. Higham contacted her because he was drunk and needed a place to stay. The woman said she picked Higham up and rented a hotel room with two beds because she didn’t want to have sex with him.

The woman said she took a shower, put on a robe and lay on a bed to watch television. Higham walked over to her and demanded sex. When the woman said no, Higham picked her up and forcibly removed her robe. He pushed her onto the other bed and straddled her.

Higham told the woman he would kill her by slitting her throat if she struggled or called police.

The woman struck Higham and he bit her finger and nose.

Higham told her again he would kill her when she began to yell for help. He put his hands around her neck and started to strangle her. He also hit her in the face and body several times with his fists and knees.

The woman said she managed to run away and get into the bathroom. Higham dragged her out of the bathroom and struck her again. He pushed her back onto the bed, ripping some hair out of her scalp.

Higham put a pillow over the woman’s head, making it difficult for her to breathe.

The woman managed to flee again and ran into the hall screaming for help. Higham grabbed her again by the hair and dragged her back into the hotel room.

During the assault, the woman said Higham touched her breasts and vaginal area.

The woman said she believed Higham would have killed her had police not arrived.

An officer could observe multiple clumps of blood and hair from the woman littered throughout the hotel room. He observed multiple red marks and bruises on her body.

The woman told police there were at least 10 previous incidents of physical abuse with Higham. She said Higham had previously used a weapon against her.

Higham smelled strongly of intoxicants and was slurring his words. He would not discuss the assault but instead made comments about the woman’s mental state.