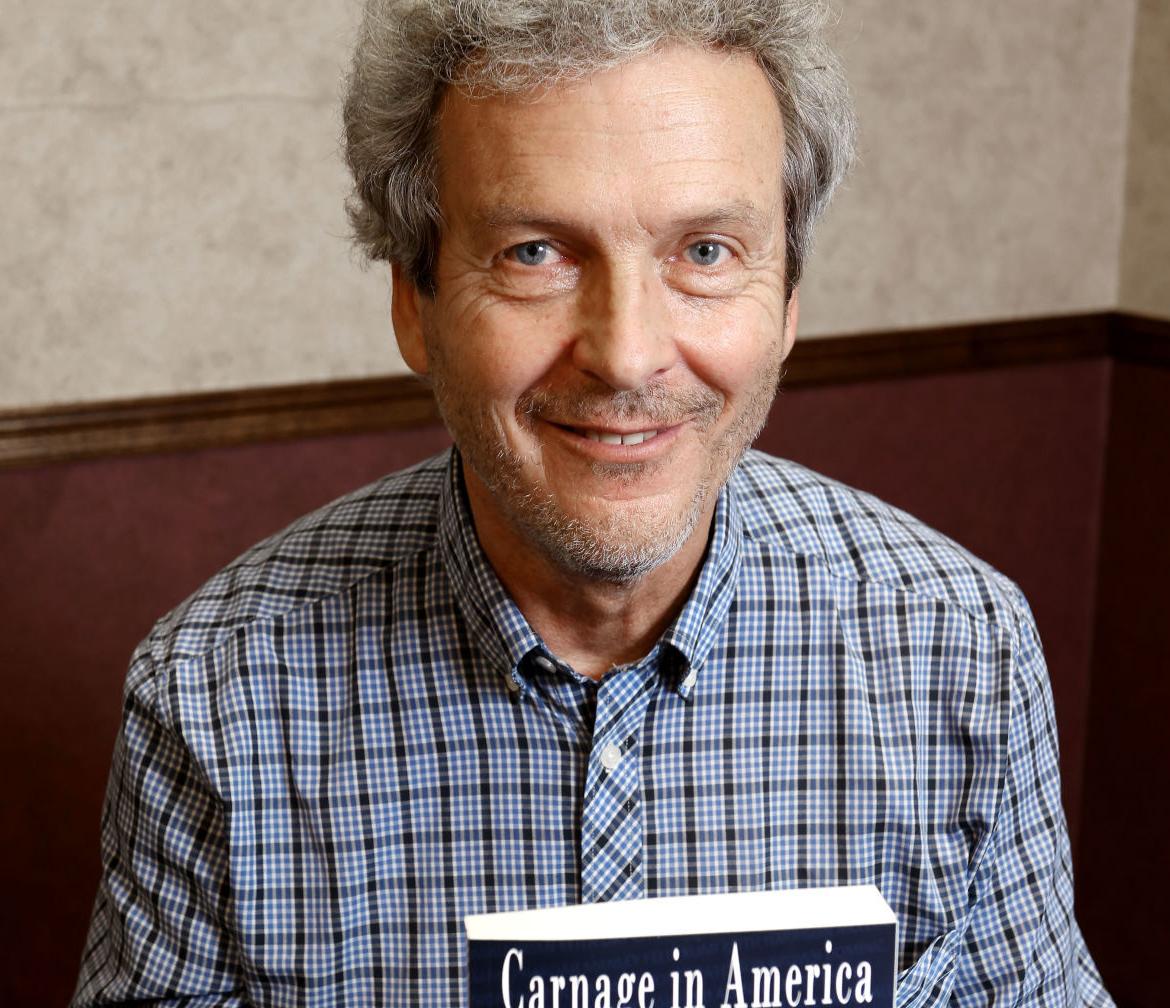 Dr. Steven Weiss kept a journal during the start of the COVID-19 pandemic through a spike in local cases last fall. He self-published the account as a book in April, which he contends led to his firing from Mayo Clinic Health System in June. A Mayo Clinic administrator said the organization is terminating Weiss for "reasons beyond the publication of a book." 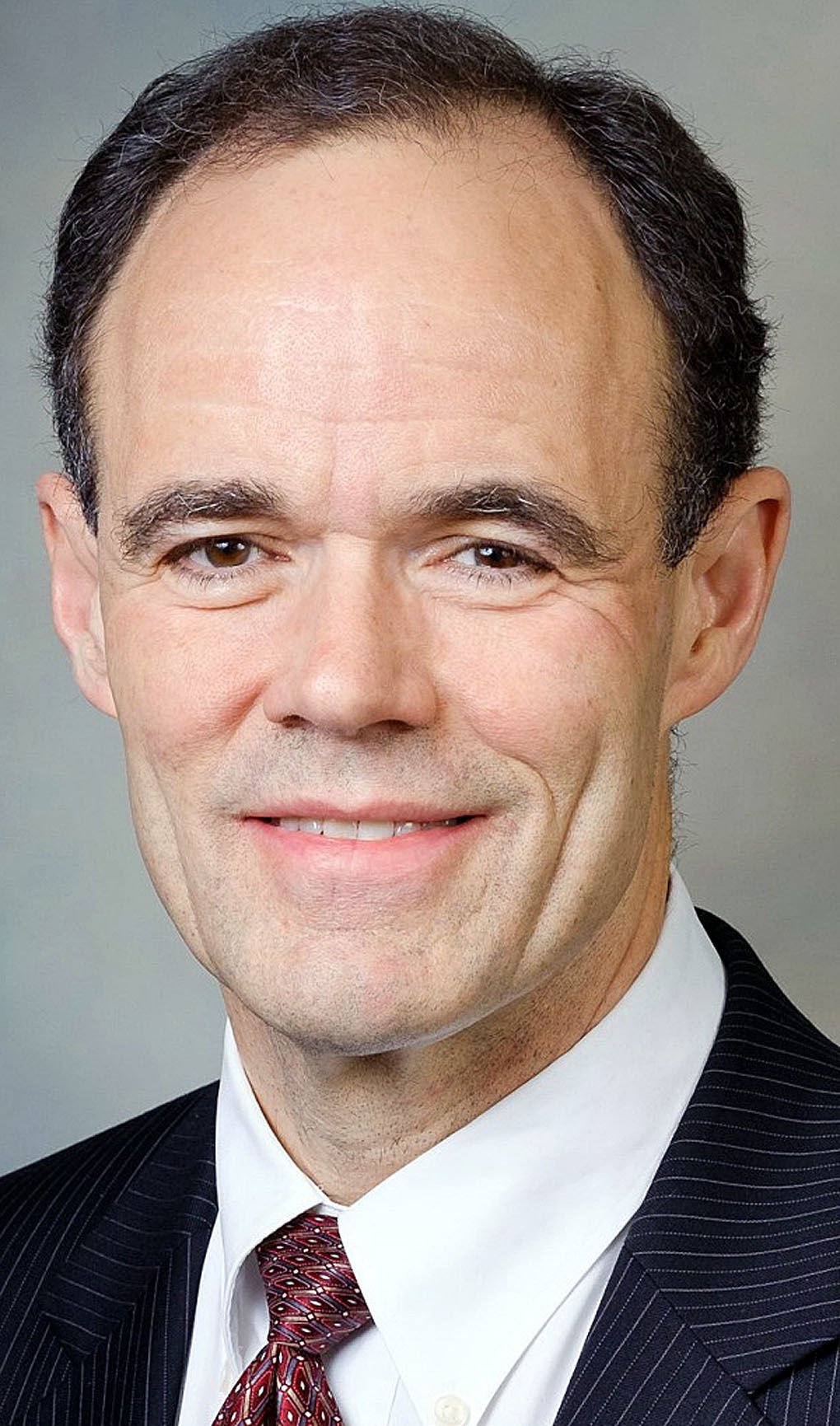 Dr. Steven Weiss kept a journal during the start of the COVID-19 pandemic through a spike in local cases last fall. He self-published the account as a book in April, which he contends led to his firing from Mayo Clinic Health System in June. A Mayo Clinic administrator said the organization is terminating Weiss for "reasons beyond the publication of a book."

EAU CLAIRE — A Mayo Clinic Health System physician who self-published a book about his experiences working through the COVID-19 pandemic in Eau Claire has been put on leave pending termination by Mayo Clinic, records show.

Dr. Steven Weiss, an internal medicine doctor who has practiced at Mayo Clinic’s Eau Claire campus for 32 years, said he was fired for writing the book and identifying himself as a Mayo Clinic physician within the manuscript.

In Weiss’ formal termination letter, a Mayo Clinic administrator said the physician’s contract is officially ending “without cause,” but in a letter dated June 4 outlined warnings Mayo had given the physician in the past.

Weiss, 62, was fired after a meeting of a Mayo Clinic personnel committee and a vote by a Mayo Clinic board of directors, according to the termination letter that was provided to the Leader-Telegram.

A Mayo Clinic administrator said in the letter that Weiss was offered an opportunity to resign between June 11 and June 14, but chose not to do so.

Weiss’ employment with Mayo Clinic is slated to formally end Sept. 13. He will receive salary and benefits until then, but he must not return to the clinic or hospital to see patients during that time, according to the termination letter.

In Weiss’ termination letter, Mayo Clinic administrators said Weiss is being fired under a “without cause” provision — because the concerns that spurred a Mayo Clinic investigation into Weiss do not encompass misconduct, disregarding his contract, incompetence or negligence in his duties.

Weiss’ employment with Mayo Clinic is ending “for reasons beyond the publication of a book,” said Dr. Richard Helmers, regional vice president of Mayo Clinic’s Northwest Wisconsin region, in a statement provided to the Leader-Telegram on Thursday.

The clinic said it had completed an employment investigation into Weiss, saying that his book contained “unauthorized use of confidential business information, self-identification as a Mayo employee without appropriate approval, inappropriate use of patient identifiers, and derogatory and unprofessional commentary placing Mayo in a negative light.”

In an interview with the Leader-Telegram, Weiss acknowledged several points of criticism of Mayo the book contained, but said he changed patients’ identifiers within the book to protect their privacy.

Mayo also told Weiss his actions violated the clinic’s publishing policy, since Weiss did not submit the book for review before publishing it: “The (Personnel) Committee concluded that you knew, or should have known, about the relevant policies, expectations and resources available to you before promoting and publishing your book.”

Weiss contended that he did not know Mayo Clinic had a book publishing policy: “I couldn’t have imagined they’d claim a right to vet a book I wrote pre-publication,” he wrote in an email to the Leader-Telegram.

Weiss’ contract, which was reviewed by the Leader-Telegram, indicates that Weiss can be terminated 90 days after a written notice, if two-thirds of the board of directors votes to do so.

The book Weiss wrote, “Carnage in America: COVID-19, Racial Injustice, and the Demise of Donald Trump,” stemmed from journal entries he began keeping in March 2020, when the first Wisconsin residents began becoming ill with COVID-19. Soon after, Weiss shifted the journal entries into a blog, which then became the book he self-published in April.

In the book, Weiss chronicles his insights as a doctor working on the front lines of a pandemic, contrasts political rhetoric on COVID-19 to medical expert insights, ruminates on major events of 2020 and writes about interactions with people around the Chippewa Valley.

Weiss also wrote about his work days slowing in spring 2020, when Mayo Clinic Health System temporarily suspended elective visits. In the fall, he writes, he worked in hospital wards dedicated to COVID-19 patients, treating people who were severely ill with the coronavirus.

In the book, Weiss also mulls the political, religious and cultural influence on Americans’ perceptions of the pandemic, the 2020 presidential election and criticizes former President Donald Trump’s response to the health crisis.

The book’s initial print copies did not include a note about Weiss’ opinions not representing those of Mayo Clinic Health System. Weiss said he is adding that note to future copies of the book, and told the Leader-Telegram the opinions expressed in his book are not those of Mayo Clinic.

Weiss told the Leader-Telegram that the book, which offered brief criticism of several of Mayo Clinic’s policies, and the fact that he identified himself as a Mayo Clinic physician, spurred his firing.

“There’s absolutely no doubt I’m being terminated because I wrote a book and identified myself as working at Mayo Clinic,” he said in an interview with the Leader-Telegram.

Weiss said he was told he was being put on administrative leave and escorted out of a Mayo Clinic building on May 7, a few days after the Leader-Telegram published an article on his book.

“I was told that I was being fired because parts of the book offer (albeit circumspect) criticism of Mayo; I called it as I saw it, offering lavish praise for Mayo when praise was due,” Weiss said in an email.

In one blog entry in the book dated April 20, 2020, Weiss faulted a Mayo Clinic policy he claims involved curtailing the use of N-95 masks despite few hospitalized COVID patients at that time. He wrote: “Staff wearing N95s for other than institution-approved indications, which don’t include routine care to patients with documented COVID infection, could be cited for ‘failure to work,’ prelude to possible termination.’”

In another portion of the book, Weiss briefly criticized a new electronic health record system that Mayo Clinic implemented in 2017 and 2018.

Weiss told the Leader-Telegram that he did not submit the book to Mayo Clinic before publishing it. Six other physicians informally reviewed the manuscript before publication, he said.

In the termination letter viewed by the Leader-Telegram, Helmers said the organization’s Personnel Committee unanimously recommended Weiss be fired without cause.

Helmers said in the letter that “the concerns that led to our recent investigation” did not involve misconduct that discredited Mayo Clinic, disregard for Weiss’ contract terms or incompetence or negligence on Weiss’ part.

The clinic had contacted Weiss in the past about identifying himself as a Mayo Clinic physician when promoting his opinions publicly, according to the June 4 letter to Weiss. Specifically, Weiss had received a written warning after he submitted an opinion piece to the Leader-Telegram wherein Weiss noted he was a Mayo Clinic physician, the letter said.

Mayo Clinic also said that it had asked Weiss to instead identify himself as an Altoona resident and an internist in Eau Claire. Mayo also cited other instances where it said it had given Weiss written warnings about using the Mayo Clinic name “for personal causes.”

In his statement to the Leader-Telegram, Helmers said of Weiss’ book: “The book authored by Dr. Steven Weiss was conducted independent of Mayo’s knowledge or approval and did not adhere to Mayo Clinic policies. The views expressed are those of Dr. Weiss and not those of Mayo Clinic Health System as an organization … When any staff member does not behave in a manner that aligns with our values and policies, the behavior is investigated, and any findings of improper conduct are addressed. While Mayo Clinic Health System does not publicly disclose details of personnel matters, we are confident that the situation being described was handled appropriately by Mayo Clinic Health System.”

In the statement, Helmers adds that Mayo Clinic is a nonprofit that’s not affiliated with any political party, and the organization does not make personnel decisions because of employees’ political beliefs.

Weiss said his firing caught him off guard, though he said he expected some pushback after publishing the book.

“That was very surprising, with my years of service to the clinic, my patients and the community,” Weiss said. “ … I don’t have any desire to disparage Mayo. I love the clinic. It’s a great place, I’ve had great colleagues, great medical care.”

A non-compete clause in Weiss’ contract indicates he cannot practice medicine or surgery within a 25-mile radius of Mayo Clinic’s Eau Claire campus for two years after his termination.

Weiss has served on several boards of directors for local public health groups and nonprofits. He is the current president of the Chippewa Valley Free Clinic’s board of directors. Weiss' email address is sdweiss87@gmail.com.

NOTE: This story was updated June 20 with more information on communication between Mayo Clinic and Dr. Steven Weiss on June 4.