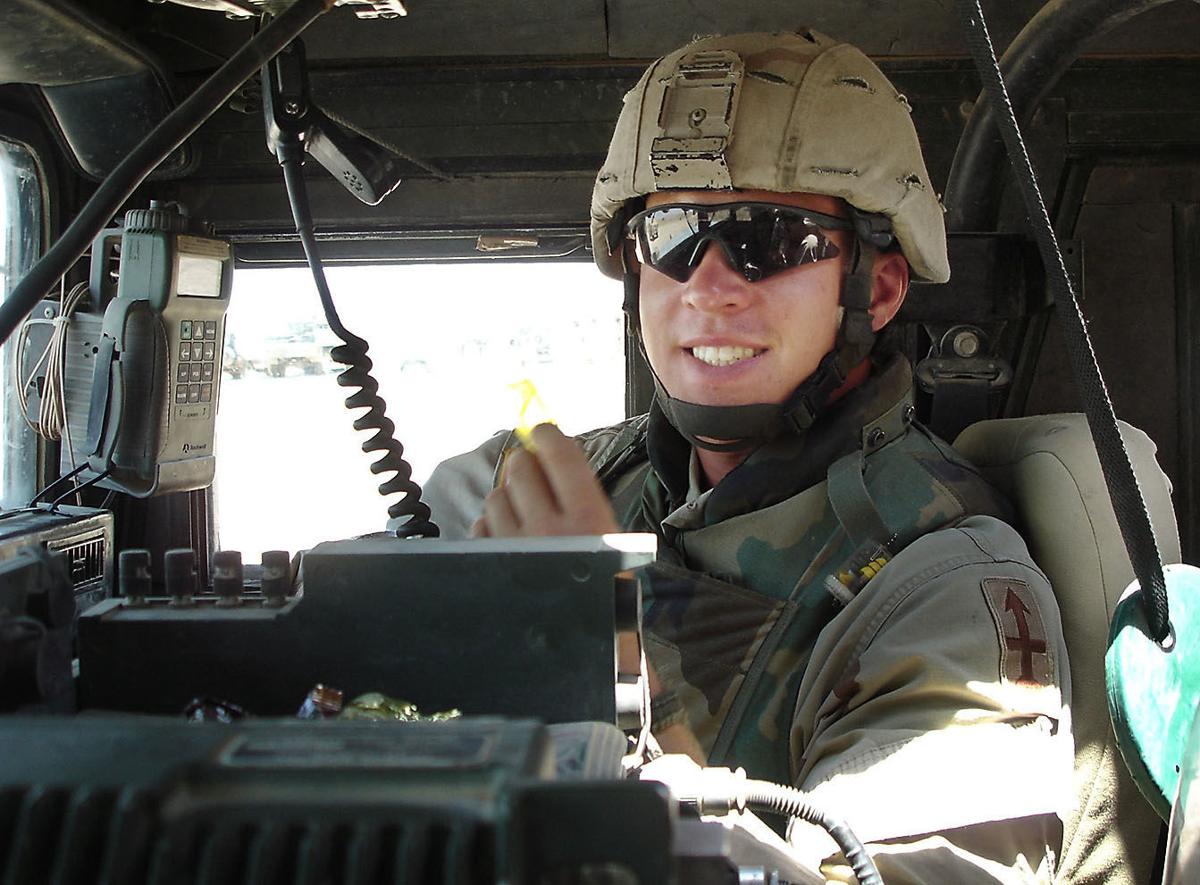 Menomonie native Justin Utpadel followed in the footsteps of his grandfathers when he joined the military. 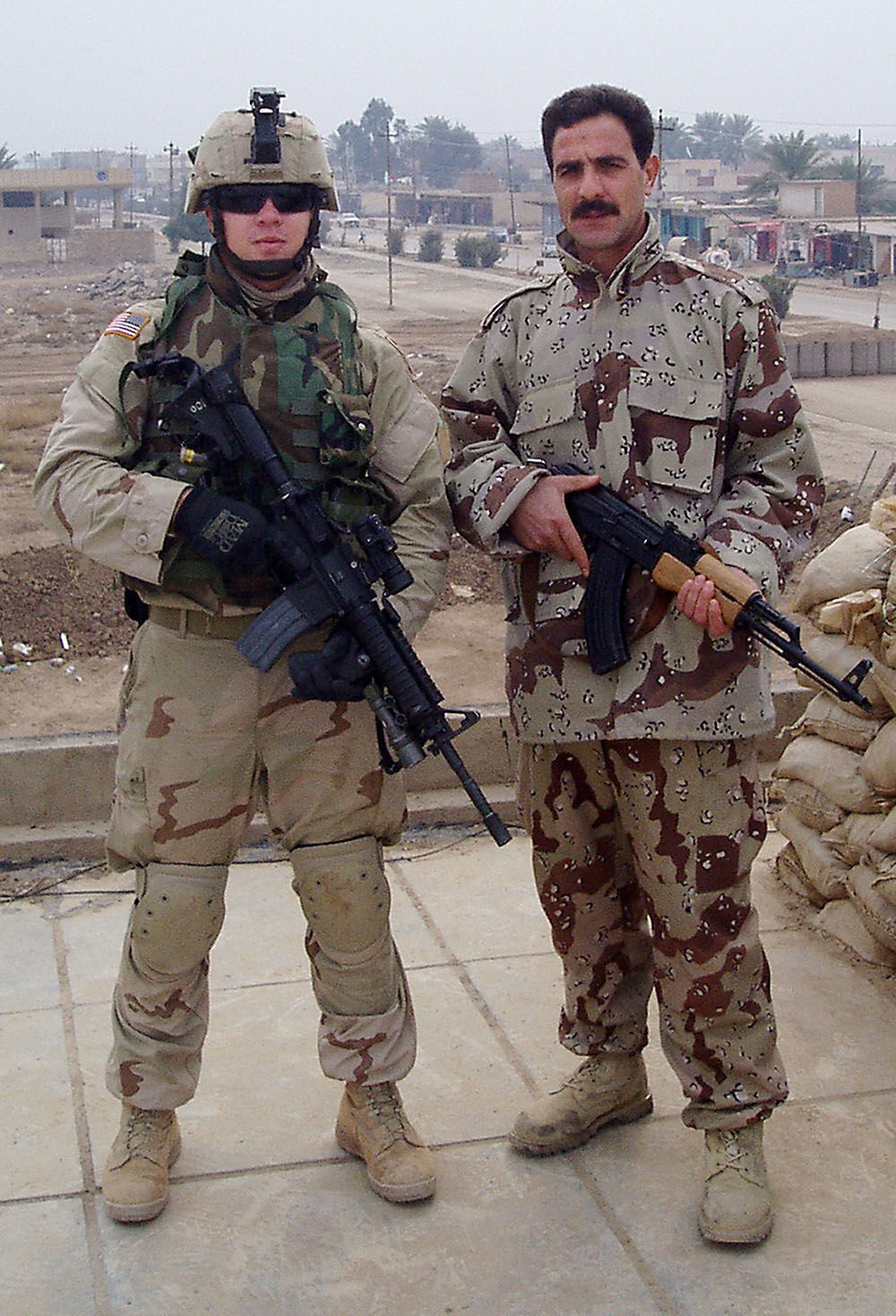 Menomonie native Justin Utpadel followed in the footsteps of his grandfathers when he joined the military.

It was a win-win situation for Justin Utpadel.

He could go to college while also serving his country just like both of his grandfathers and his brother had done.

After graduating from Menomonie High School in 2000, Utpadel enlisted in the Wisconsin Army National Guard.

Four years after enlisting, he was deployed for the first time, being sent to Iraq where he worked with and trained Iraqi soldiers, along with other missions. The language barrier and the lack of previous training made the task difficult, but Utpadel felt inspired by the willingness of the soldiers to fight for change.

“It’s a challenge, but it was also good to see that these guys, most of them were pretty proud to be a part of it and they wanted to fix things and they wanted to be part of the change,” Utpadel said. “That was inspiring and cool to watch.”

Part of the fight the soldiers were working toward was a free election. Utpadel and his unit were involved in protecting people and polling locations as Iraq had its first free election since the end of Saddam Hussein’s rule. There was a heightened sense of awareness, Utpadel said, with support for the election not being held by all citizens. The unit spent plenty of time preparing for the mission, and when completed, Utpadel said it was rewarding to be involved.

“It was pretty amazing that we could participate and facilitate the election, one of the very first elections in a very long time,” he said. “That was awesome, something to be proud of.”

Utpadel was again deployed in 2009, once again to Iraq. The importance of family gave Utpadel the strength he needed to get through his first deployment. Loved ones would also be vital as he made his second trip overseas.

“I know they were extremely proud of me; that gave me a lot of strength,” Utpadel said of his family.

His now-wife Jackie was with Utpadel when he first left for Iraq and just a few months prior to heading overseas again, the couple got married. It was tough for Utpadel to leave his wife, but the year-long separation made them closer when he finally returned.

While Utpadel — who now holds the ranks of staff sergeant — was the one in the dangerous situations, he always felt his family back home suffered most during his deployments. He would be focused on his missions and the tasked assignments while his family had to continue on with their daily lives with a lot of uncertainty.

“We had our purpose, we had our mission, we kind of had our timeline,” Utpadel said. “We were more or less in control of our conditions we were in barring any surprises, but for my family back home they were just sitting and waiting.”

Once he got home, Utpadel feels like his absence and eventual return has helped his family grow stronger together. Being away made Utpadel appreciate those close to him. It was certainly a factor in his decision to leave the Army National Guard following the end of his second deployment.

When he returned, both he and his wife agreed it was time to move on to the next chapter in their life together. Utpadel continued to work for a construction company in Minneapolis — which he began working at following his graduation from UW-Stout in 2006 — before moving back to the Menomonie area. Justin and Jackie have two children now, a daughter Raegan, 8, and 6-year-old son Logan. Utpadel now works at UW-Stout as the facilities director, a job which he began about two years ago.

Utpadel said he has learned a lot about persevering through challenging situations one encounters throughout their life with his service in the Army National Guard. Having lost a few people close to him in combat, he learned to never forget the sacrifices others made while also focusing on what is truly important to him.

“When you go through experiences that could either threaten your life or someone else’s life, you start to value that life or the people in it a lot more,” Utpadel said. “Makes you want to make sure people know that you love them.”