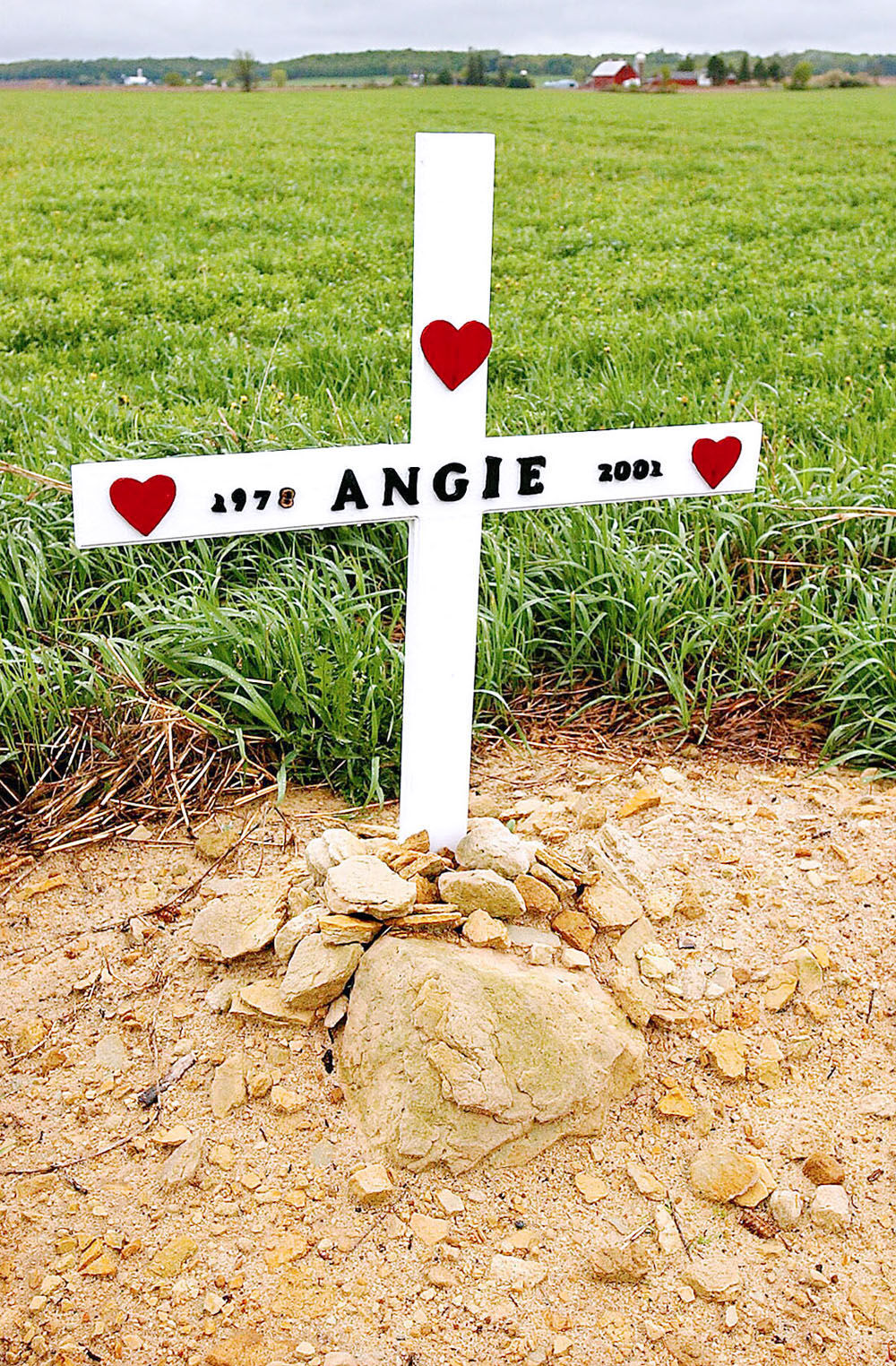 Lori Bednarczyk erected this memorial along Highway J near Fall Creek where the body of her 22-year-old daughter, Angelina Wall, was discovered on Jan. 6, 2001. Wall’s murder remains unsolved 20 years later. 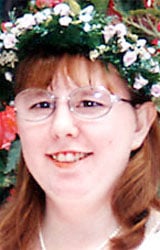 Angelina Wall was murdered 20 years ago today in Eau Claire County and her mother, Lori Bednarczyk, thinks of her daughter daily and wants closure in the unsolved case with an arrest of the perpetrator.

EAU CLAIRE — Lori Bednarczyk won’t be making the trip from her Bovey, Minn., home to Eau Claire to mark the 20th anniversary of her daughter’s unsolved murder in Eau Claire County.

But she thinks of her daughter, Angelina Wall, every day and desperately wants closure in the case with the arrest of her killer.

“That’s all I think about,” Bednarczyk said. “I think about the killer. I’m angry. I get angry so bad. I can’t do anything to help her. I just want to let people know she’s still gone. Somebody must know something.”

Bednarczyk drives by Wall’s grave site in Bovey every year.

She is still hopeful somebody comes forward with information or to confess to her daughter’s death.

“It’s been 20 years. I may never find out,” Bednarczyk said.

“I want people to know her killer is still free and her family mourns for her every single day,” she said.

“Why should he be free?” Bednarczyk said of her daughter’s killer. “We’ll never be free.”

Wall was last seen between 2:35 and 2:40 a.m. on Jan. 6, 2001, at a gas station on Birch Street in Eau Claire. She left work at about 1:40 a.m. from McDonald’s on South Hastings Way. Police believe she was walking toward her home on North Dewey Street when she was abducted.

Sheriff Ron Cramer was on the scene the day Wall’s body was found.

“You feel an obligation to Angelina and her family,” he said. “An unsolved homicide gnaws at everybody who was on the case.”

Bednarczyk is not venturing to Eau Claire this year to mark the anniversary of her daughter’s death because of COVID-19 and her own health issues. She has back problems, and what was a four-hour drive to Eau Claire is now more like a six- or eight-hour drive.

Bednarczyk said she has stayed in contact with the Eau Claire County Sheriff’s Office with updates about her daughter’s case.

“We talk every once in a while, but not much. They tell me they are going to take a second look at the case because there’s new technology. But they say the same thing every year,” she said.

Bednarczyk has her daughter’s death certificate, but doesn’t have a police report or an autopsy report.

“I don’t know what happened to her that night,” she said.

Cramer said his investigators talk to Bednarczyk occasionally, but some information they have to keep close to the vest so as not to compromise the investigation.

“We stay in contact with her to let her know what we can,” he said.

Cramer said his office continues to follow up on leads in Wall’s case and hopes changes in DNA technology can help break the case.

“We’ve taken DNA from people we’ve interviewed. With changes in technology, we’re able to get more off of items with less of a submission,” he said.

And if Wall’s killer is a transient, Cramer said he is hopeful the national DNA databank could link a suspect to the Wall case.

“I’m hoping something similar could happen like what happened in the Marquardt case,” he said.

Bill Marquardt was found not guilty in Chippewa County of killing his mother in 2000.

Then-Chippewa County District Attorney Jon Theisen, who is now an Eau Claire County judge, was unable to persuade a jury that Marquardt killed his mother.

Marquardt was acquitted in his mother’s case in 2006. However, Marquardt suffers from paranoid schizophrenia, and he was serving a 75-year sentence for armed burglary and animal cruelty in the Mendota Mental Health Institute in Madison.

After Marquardt’s acquittal in the murder case, Theisen searched for unsolved cases matching blood evidence on a knife — which also contained Marquardt’s mother’s blood — that the state’s authorities had confiscated.

After additional DNA testing, authorities determined that the blood samples on the knife matched two women in Sumter County, Fla.

Marquardt was subsequently convicted of forcing himself into a Sumter County home and fatally shooting and stabbing a 72-year-old woman and her 42-year-old daughter.

“We’re hoping somebody’s DNA may be in the database now,” Cramer said of the Wall homicide.

Detective Sgt. Mike Mayer is the lead investigator in the Wall case. He plans to retire this spring.

“We’ll re-assign this case file to whoever takes over for Mike,” Cramer said.

Cramer is truly looking forward to making one phone call.

“I would love to call (Bednarczyk) and tell her we have made an arrest,” he said. “But we have to have the evidence or a confession to move the case forward.”

Meanwhile, Bednarczyk said she prays every night hoping that something will break in her daughter’s case.

“All I do is think of her. I have memories all over this house,” she said. “I miss her so badly. I can’t see her smile. I can’t hear her voice. I’d give anything to have her back.”