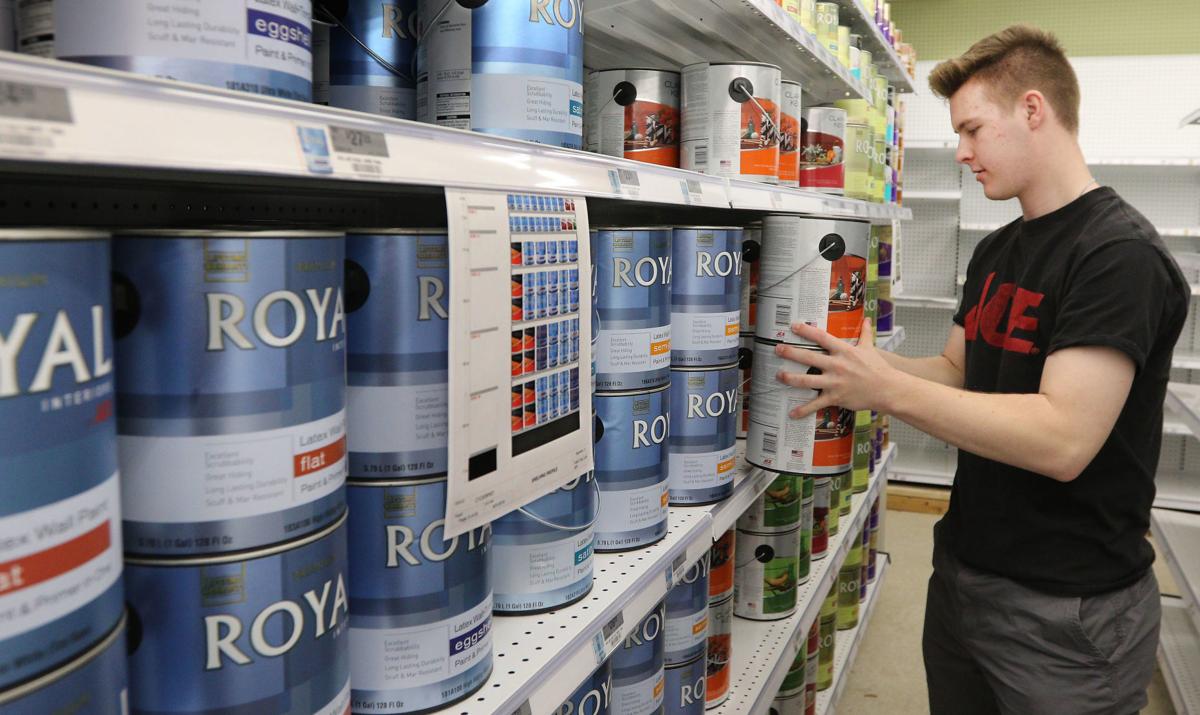 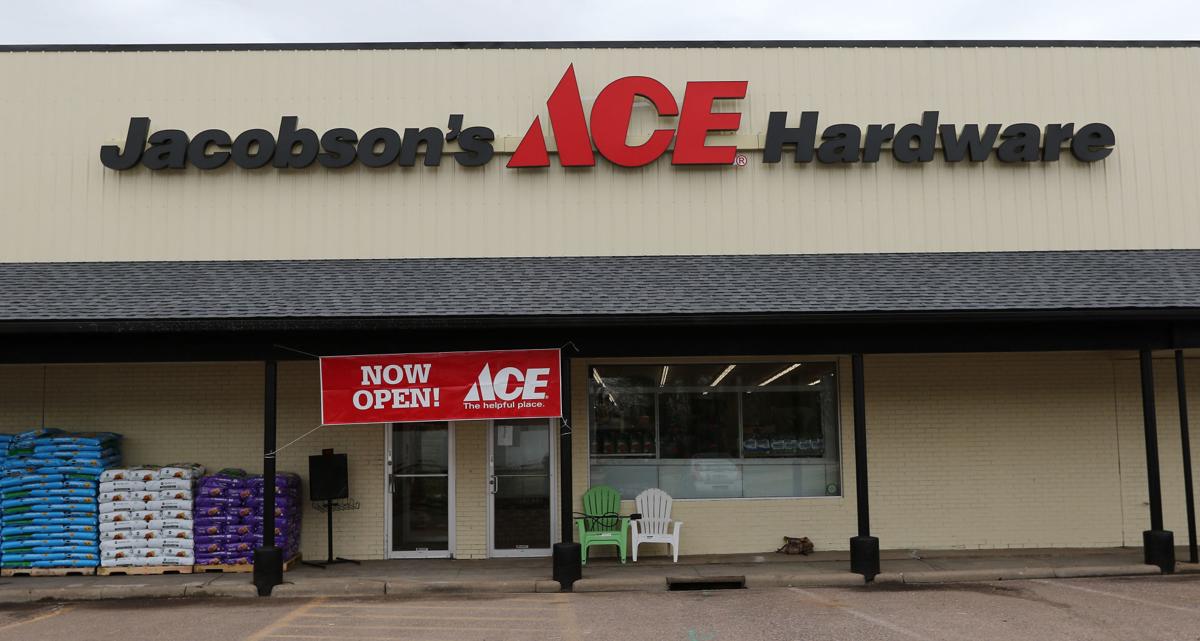 Jacobson's Ace Hardware opened on Monday after three months of renovations of the building's interior and exterior. Joel Jacobson bought the store late last year from the Thompson family, who had run a True Value and variety store for decades in that location. 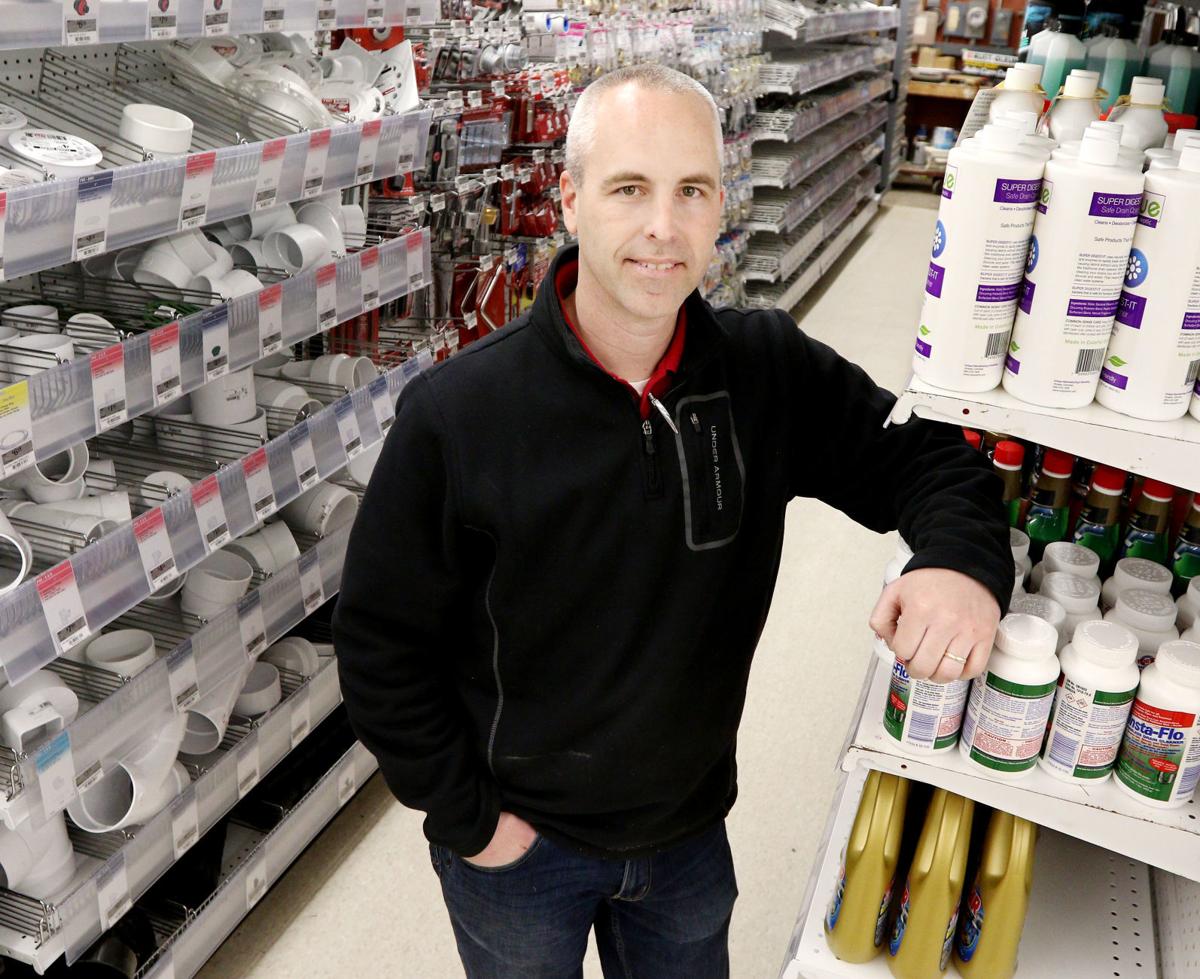 Owner Joel Jacobson stands among the stocked shelves of the new Ace Hardware store that he opened on Monday. Amid the new coronavirus pandemic that has forced other businesses to close, hardware stores are among those deemed “essential” by the government and able to continue serving the public. View more photos at LeaderTelegramPhotos.com.

Jacobson's Ace Hardware opened on Monday after three months of renovations of the building's interior and exterior. Joel Jacobson bought the store late last year from the Thompson family, who had run a True Value and variety store for decades in that location.

Owner Joel Jacobson stands among the stocked shelves of the new Ace Hardware store that he opened on Monday. Amid the new coronavirus pandemic that has forced other businesses to close, hardware stores are among those deemed “essential” by the government and able to continue serving the public. View more photos at LeaderTelegramPhotos.com.

Even as other businesses close their doors due to coronavirus precautions, a new one has opened in Eau Claire.

“I’m very excited to have a neighborhood store here,” said Joel Jacobson, who owns the location as well as other Ace stores in the Chippewa Valley.

Customers fond their way in after seeing a banner hung outside the store, a post on Facebook or hearing about the soft opening via word-of-mouth.

Pat and Gary Culver, who live near the store in the Putnam Heights neighborhood, stopped in on Monday afternoon to look over its selection.

“The neighborhood is very happy,” Gary Culver said of the store opening.

The Culvers had kept abreast of the remodeling progress on their regular walks and learned Monday would be its first day in business. The retired couple figured it was a good time for them to shop without many people there to abide by “social distancing” guidelines.

Pat Culver browsed over the cans of wood stain, considering options for adding new color and luster to a windowsill in the couple’s home. Like many other people, she’s recently gotten the extra time to look into home projects that she’d previously been too busy to do.

“From what we’re hearing, people are semi-excited to be home and do something they didn’t have time for before,” Jacobson said.

While not enthused at the mandatory nature of spending more time at home due to self-quarantining, he said people seem to be trying to make the best of it by changing room colors, updating fixtures or putting down early spring fertilizer.

Paint has been a big seller in recent weeks at his other Ace locations, Jacobson said. Plumbing and lawn supplies have also taken off since people have been told to generally stay home.

Hardware stores are among businesses deemed “essential” while other kinds of merchants had to close under government orders issued last month to slow the spread of COVID-19, the disease caused by the new coronavirus.

Jacobson said that he truly feels for other businesses that are closed and hurting at this time.

But he’s also seen a desire from residents who wanted to see the neighborhood store reopen after Thompson’s had closed in December after decades in business.

Extensively redone inside and outside, the new Ace bears little resemblance to the True Value that previously occupied the spot in the strip mall.

“We’ve done a lot of work to this building,” Jacobson said.

However, he added that one nod to the past was cedar planking left up on the wall above the checkout counter. It is an aesthetic touch he liked and hopes that regular customers of the store’s former identity will appreciate seeing that stay.

During the renovations, Jacobson said, people would stop by the store to ask work crews when opening day would come.

“Our plan was April 1 from day one,” Jacobson said.

Opening day did get pushed five days back as the store had a smaller than anticipated crew to stock the shelves and make final preparations, he said.

When it opened at 8 a.m. Monday, the store was about 80% stocked with the remaining merchandise arriving in coming days, Jacobson said.

Aside from the new location’s slightly delayed opening, which Jacobson attributed as a side effect of the coronavirus precautions, he said his stores also are observing the “social distancing” rules intended to slow the spread of the virus.

Markings on the floor indicate that shoppers should remain six feet apart when waiting in line at the cash register. Counters and credit card machines are being frequently wiped down with disinfectant. And employees are keeping their distance when aiding shoppers.

The store’s 11-person staff was mostly hired before the new coronavirus became a problem for businesses and they’ve been trained at Jacobson’s other Eau Claire store at 2618 Birch Street.

Sam Hankel, manager of the new store, said people had been stopping in throughout Monday.

“It’s been pretty good so far,” he said.

As of Monday afternoon, Hankel said that gardening supplies, soil and fertilizer — products people can use outdoors after being cooped inside their homes — were selling well at the new store.

“That’s been the number one thing right now,” he said.