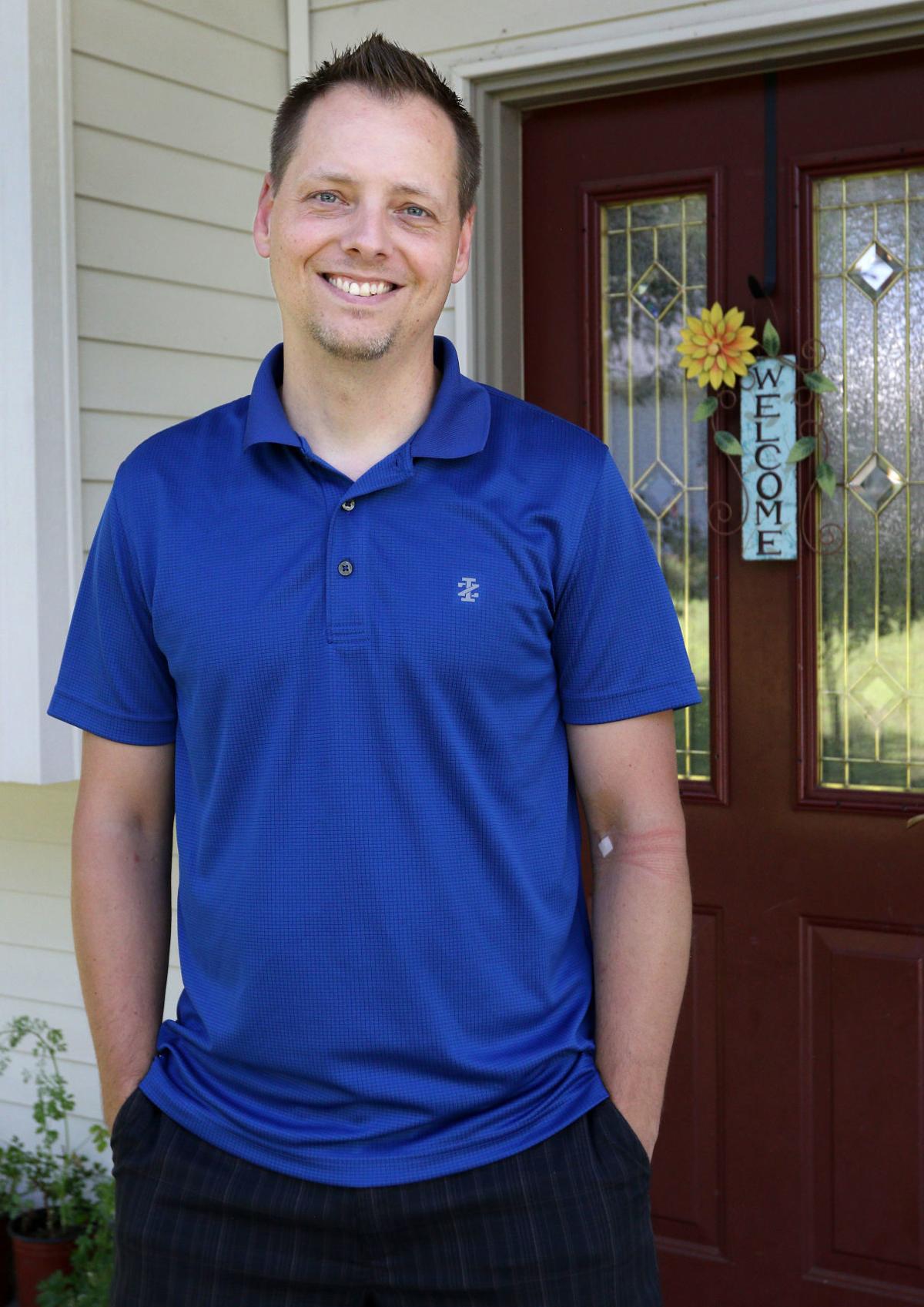 Caleb Schaller, an Eau Claire pastor, is pictured in front of his Eau Claire residence Thursday. Wednesday afternoon Schaller encountered an armed intruder inside his front door, and removed the man from the house and disarmed him after a struggle. View more photos at LeaderTelegramPhotos.com. 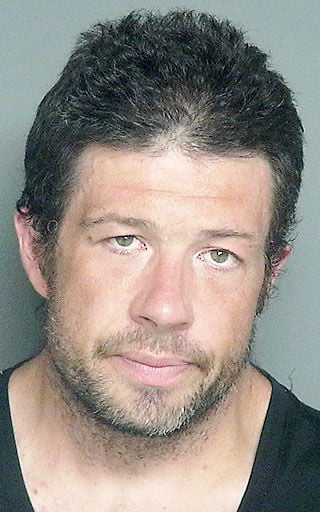 Caleb Schaller, an Eau Claire pastor, is pictured in front of his Eau Claire residence Thursday. Wednesday afternoon Schaller encountered an armed intruder inside his front door, and removed the man from the house and disarmed him after a struggle. View more photos at LeaderTelegramPhotos.com.

When a man opened Caleb Schaller’s front door in Eau Claire Wednesday afternoon and demanded Schaller’s car keys, a sheathed machete slung over his shoulder, Schaller said he was too surprised to remember some of the finer details.

“I’m not sure when you’re in a situation like that, thinking back at the details ... it all blends together,” Schaller, an associate pastor at Messiah Lutheran Church in Eau Claire, told the Leader-Telegram Thursday.

The man, believed by police to be 40-year-old Dirk F. Ballard, opened and rifled through the cars in Schaller’s driveway on Harrison Street about 3 p.m. Wednesday, Schaller said.

Though there were some items inside the cars, the intruder didn’t take anything. He opened Schaller’s front door and stepped inside the house’s entryway without knocking, Schaller said.

Schaller, working in his home office, heard a gruff voice he didn’t recognize. His first thought: Two of his four daughters were home with him.

“Sometimes people come to the door and someone will get the door, but I recognized I didn’t know this person,” Schaller remembered.

“He was making like he was going to pull that machete out of the sheath,” Schaller said. “I thought, all at once, one of my daughters is upstairs, my other daughter is downstairs, and this guy is going to take a weapon out of its sheath.”

Schaller shoved the intruder out the door, yelled for his daughter to call 911, and grappled with the man on the porch and front lawn, trying to disarm him, he said.

“I don’t know exactly how it happened, but eventually I got the sheathed machete away from him,” Schaller remembered.

He didn’t disarm the man on his own, Schaller said.

“I’m very thankful to the Lord that’s what I was able to do. In the moment, I think the Lord said, ‘This is what you’re going to do,’” Schaller said. “It wasn’t me making this happen.”

Around 4 p.m. the Eau Claire Police Department found out a car had crashed in the Fall Creek area — and the car involved had been stolen from the Schallers’ neighborhood.

“The suspect in the vehicle crash in the Fall Creek area matched the suspect involved in this incident and was arrested,” Coit said. Police did not use force to take the vehicle.

The vehicle was unlocked and its keys were inside when it was stolen, Coit said.

Schaller praised the police for a fast response to the incident: “(They) did an awesome job of getting there very fast from a simple 911 call.”

While he’s had other encounters throughout the course of his ministry, including in Seattle, he’s never encountered an attacker or force someone out of his home, Schaller said.

“I think because my daughters were present, I want to say it was a no-brainer,” Schaller said. “He needed to leave, be out of there, not be able to draw that weapon, because here are these incredible blessings the Lord has given me.”

In the end, Schaller was surprised and glad no one was injured.

“We didn’t have anything terrible happen. I didn’t get slashed, no one else got hurt,” Schaller said. “I didn’t know what kind of damage was done, or if (the man is) in the hospital from the wreck, but I certainly hope not.”

Schaller said he doesn’t want the credit for his quick reaction to an emergency situation.

“My head and my heart doesn’t know how to process all this … I don’t feel like this is something that gives me some kind of bragging rights,” he said. “It could have been so different. This isn’t a hero thing. This is a thank the Lord thing.”