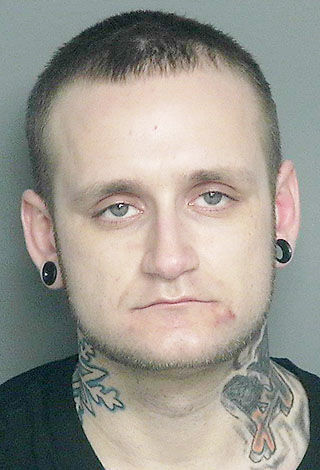 A $7,500 cash bail was set for Post, which requires him to maintain absolute sobriety.

An Augusta police officer was on patrol at 6:25 p.m. on Nov. 23 when he observed a black vehicle leaving the Family Dollar store in Augusta and operating erratically on U.S. 12. The officer conducted a records check and learned the vehicle’s registration was suspended because of unpaid parking tickets.

Because of the traffic violations he was observing, the officer attempted to stop the vehicle on U.S. 12 near Lafayette Street. The driver began to pull over and slow down, but then merged back into traffic and accelerated to 60 mph inside Augusta’s city limits.

The vehicle continued out of the city, where its speeds exceeded 103 mph.

The officer terminated the pursuit and relayed the situation to Eau Claire County Sheriff’s deputies in the area. The officer went to the Family Dollar store to review video surveillance in an attempt to identify the driver.

After seeing a man leaving the store and getting into the black vehicle, deputies were able to identify him as Post.

A short time later, Eau Claire police told the Augusta police officer that the black vehicle in question had just been reported as stolen.

Post was free on bond for three separate pending felony cases in both Eau Claire and Jackson counties.

Post is being prosecuted as a repeat offender. He was convicted of a felony count of possession of methamphetamine with intent to deliver in June 2019 in Eau Claire County. If convicted of all five charges, Post could be sentenced to up to 12 years in prison.