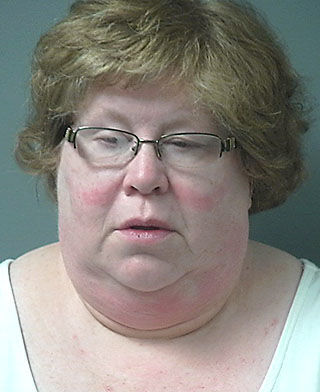 Wendy S. Cronin, 56, 310 S. State St., Chippewa Falls, is charged in Eau Claire County Court with a felony count of theft in a business setting and a misdemeanor count of obstructing an officer.

A $5,000 signature bond was set for Cronin, which prohibits her from having contact with Regis Catholic Schools. Cronin returns to court Nov. 5.

The school system’s head controller told police she reviewed all deposits from the 2017-18 school year through September 2019 and discovered there were 16 missing deposits from Feb. 26, 2018, through Sept. 9, 2019.

Fifteen of these deposits originated from Regis middle and high schools. Twelve were gate receipts from various sporting events while the other missing deposits were for athletic fees, ticket sales from a spring play and reimbursement for a staff team-building event.

The final missing deposit originated from St Mary’s Elementary School as the proceeds from a Penny Wars fundraiser.

Police were told that nearly all of the deposits would have been cash. The missing deposits totaled $21,383, delivered from the various schools to Regis Catholic Schools’ satellite office at 2728 Mall Dr.

Cronin was the only person responsible for receiving deposits at the satellite office, entering them into the accounting system and depositing them into the bank. Cronin began working for Regis Catholic Schools in September 2017.

Police spoke with Cronin in September 2019 and asked about her personal financial situation. She said she was not doing well but did not have many debts other than monthly bills and a car loan.

Cronin abruptly resigned from her position at Regis Catholic Schools on Sept. 30, 2019.

Cronin told police she resigned because she did not like the work environment.

When asked where the cash came from for those 29 deposits to her personal accounts, Cronin said “not from Regis, if that’s what you’re asking. I did not steal from Regis.”

If convicted of the felony charge, Cronin could be sentenced to up to five years in prison.