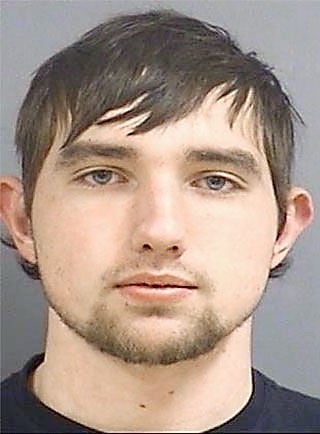 CHIPPEWA FALLS — The passenger in a pickup truck that struck and killed three Girls Scouts and a mother on Nov. 3, 2018, will have his preliminary hearing in November, almost two years after the crash.

John E. Stender, 23, 32923 300th Ave., Holcombe, is charged in Chippewa County Court with harboring/aiding a felony-falsifying information, and intentionally abusing a hazardous substance, which is a misdemeanor.

Stender was a passenger in Colten Treu’s pickup when it struck a group of Girl Scouts as they cleaned debris out of a ditch on Highway P in Lake Hallie. In March, Treu was sentenced to 54 years in prison for causing the four deaths and severely injuring another person.

During a court hearing Tuesday, defense attorney Harry Hertel told Judge Ben Lane that they don’t have an agreement in place at this time. Lane set a preliminary hearing for Nov. 9. Stender, who is out on bond, sat next to Hertel during the hearing but didn’t speak.

Lane’s courtroom, which has limited seating because of social distancing standards, was packed with family members from the victims of the crash. The courthouse’s bailiff said future hearings will likely be moved to the larger courtroom to ensure that everyone who wants to observe the proceedings can be in the room.

Earlier this year, Judge Steve Cray issued a signature bond with the requirement that Stender cannot possess or consume alcohol or illegal drugs, including aerosol cans for “huffing” purposes. On Tuesday, Lane continued Stender’s bond. No trial dates have been set at this time.

According to the criminal complaint, Treu and Stender had purchased an aerosol can at the Lake Hallie Walmart and were driving back to Treu’s home at 1060 Joseph St., Chippewa Falls. Both men had “huffed” from the aerosol can during the drive.

The crash happened as Treu was driving northbound on Highway P, just south of the Highway 29 overpass. Treu’s vehicle veered off the west side of the road and struck the group of Girl Scouts as they were removing litter.

During his sentencing hearing, Treu claimed Stender caused the crash. Treu said he yelled at Stender, saying “What are you doing?” when Stender grabbed the wheel. Treu said he overcorrected the vehicle and wound up going in the ditch, where he struck the Girl Scouts. However, Newell pointed out that Treu didn’t hit his brakes and immediately stop the vehicle.

In interviews with law enforcement, Stender admits he grabbed the wheel of the car, causing Treu to yell at him. Stender recalled seeing one person being struck by the vehicle; he hit his head and lost consciousness. He woke up just before they arrived at Treu’s home.

After striking the five people — one Girl Scout who was hit survived the crash — Treu drove his vehicle back to his home rather than staying at the scene. He then hid the pickup in a garage. Stender did not immediately assist law enforcement or return to the scene, leading to the charge of assisting or harboring a felon.

The four people killed in the crash were Autumn Helgeson and Jayna S. Kelley, 9, both of Lake Hallie, Haylee J. Hickle, 10, and her mother, Sara Jo Schneider, 32, both of the town of Lafayette.