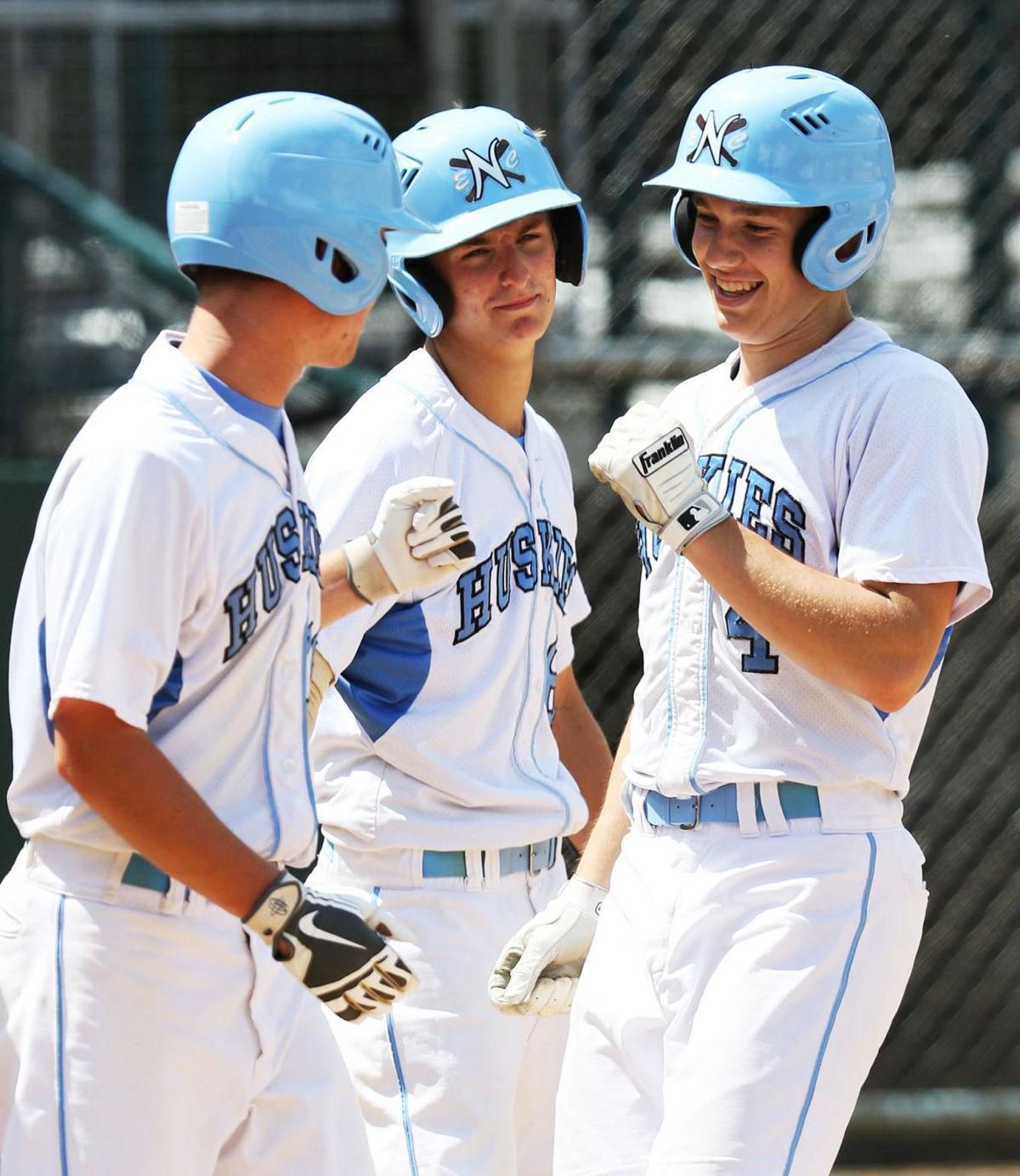 North’s Sam Stange celebrates a home run with teammates during the baseball game against Hudson on May 31, 2018. 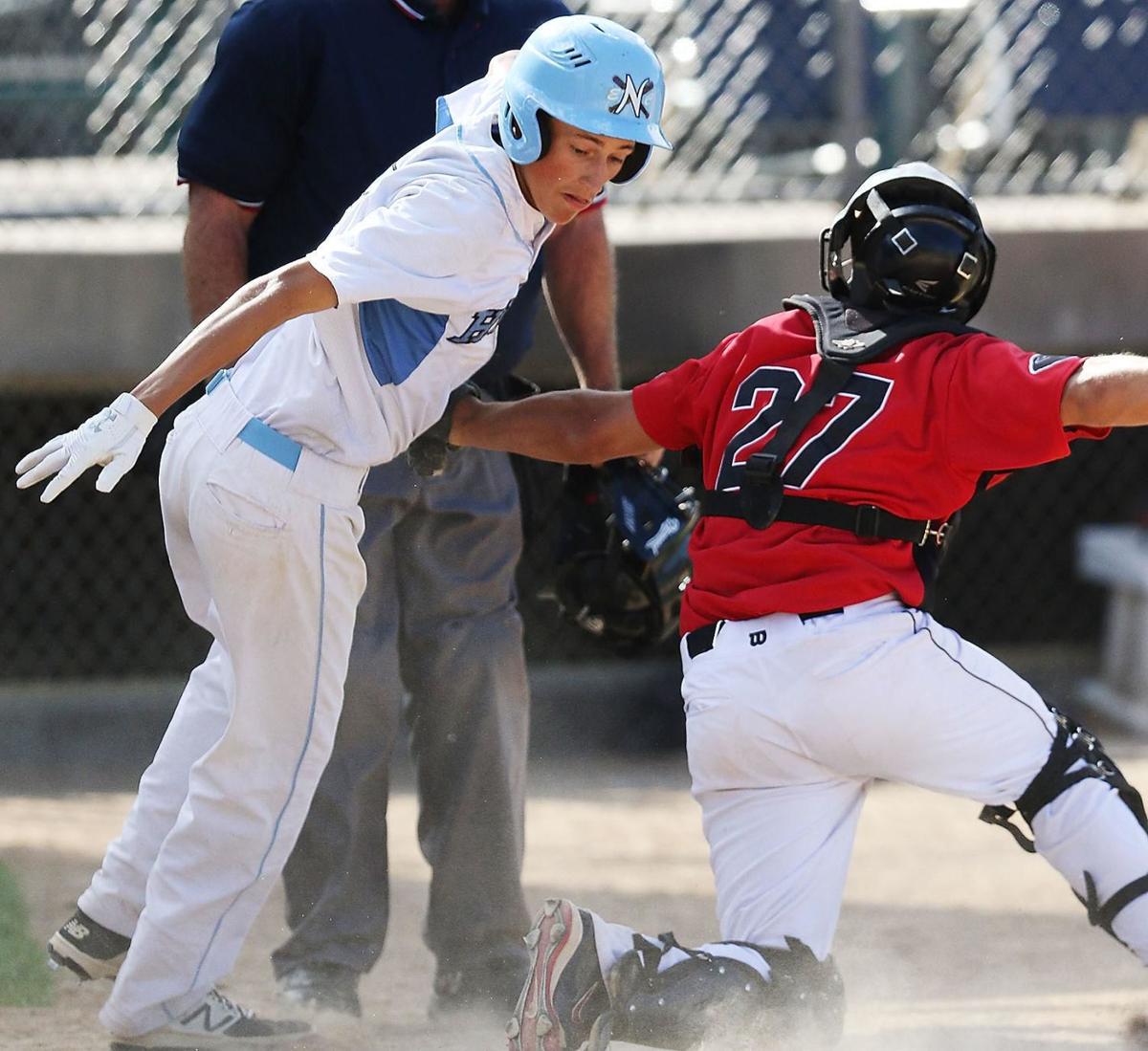 North's Carter Hesselman tries to avoid getting tagged out at home plate during the sectional final game against Stevens Point on Tuesday, June 5, 2018.

North’s Sam Stange celebrates a home run with teammates during the baseball game against Hudson on May 31, 2018.

North's Carter Hesselman tries to avoid getting tagged out at home plate during the sectional final game against Stevens Point on Tuesday, June 5, 2018.

But if tradition means anything, the Huskies will reload.

It remains the successful program to look up to – in the Big Rivers conference as well as around the state.

And in last year’s 21-4 season, two of the losses were to the Wisconsin and Minnesota state champions.

But the only starters back are pitcher-field players Sam Stange and Carter Hesselman.

That’s a good start, but there are holes to fill.

“We have a lot of energy and enthusiasm,” said Bob Johnson, heading into his 14th season as coach with a 240-72 record. “I love the way the seniors are offering leadership. I’m enjoying the personalities and talent.”

But the lack of experience offers a challenge.

“We will have good competition from within and will have many new faces,” said Johnson. “Our players have been successful at the JV levels and I feel they will respond to the speed of varsity baseball, but it may take some time.”

Others back with experience are Logan Rasmussen, Joel Zachow and Gabe O’Brien, who all saw time on the mound, and outfielder Cal Fadness.

“We’ve got eight arms and what I like is that all appear to throw strikes,” Johnson said. “If they do, we have a chance to play defense.”

Johnson reported it’s no surprise that Stange is “looking nasty” and Hesselman has “command of all three pitches”.

“We expect the same stuff from Hesselman, that’s all he needs to do,” Johnson said. “Stange is just a heckuva baseball player and they give us a nice 1-2 start on the mound.”

Rasmussen is competing for the top two spots and O’Brien is looking good and has a lot of potential.

The others who could offer help are Zachow, ticketed for a relief role, and Jaxon Vance, Austin Goetsch and Xavier Bembnister, all up from the JV team.

New behind the plate is Joe Feck, who Johnson says “will catch a lot of innings and indicates he can handle it.” Others able to offer help are Anthony Pogodzinski and Zachow.

Johnson said Pogodzinski’s bat needs to be in the lineup and he will work mainly at first along with Luke Olson and Bembnister.

Zachow, Vance and Jacob Kulig battle at second with Hesselman at short when not pitching and Vance is also ready there while Rasmussen handles third with help from Goetsch.

In the outfield, Stange will be in center with O’Brien in right and Fadness in left backed up by Elyjah Johnson, the team’s speedster, and Keegan Dehnke.

“Hitting has been a little behind and is a concern but the potential is there,” said Johnson, who can turn out a lineup of four or five lefthanded batters.

Stange hit .397 with three homers among 15 extra base hits and drove in 22 runs last season while Hesselman led the club with a .405 average. O’Brien hit. .357 in limited trips.

“Pitching looks good and I like our defense,” Johnson said. “But we may have to work to manufacture runs.”

The Huskies beat Wisconsin Rapids and Stevens Point in the sectional but lost 12-8 to Waunakee in their state opener which was tied at 8-8 in the sixth.

(All home games at Carson Park).