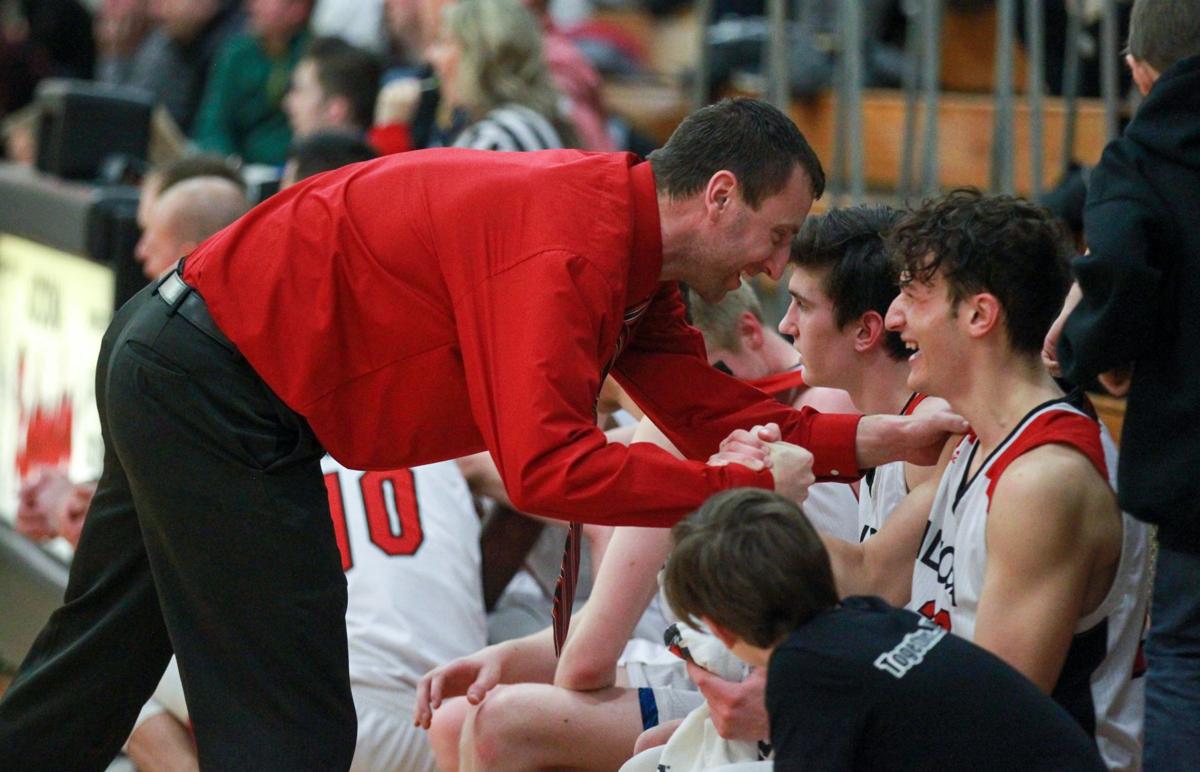 Altoona coach Paul Henrichs congratulates Blend Sabani in the final minutes of Thursday night’s 64-38 victory over McDonell. With the win the Rails clinched a share of the Western Cloverbelt Conference title. 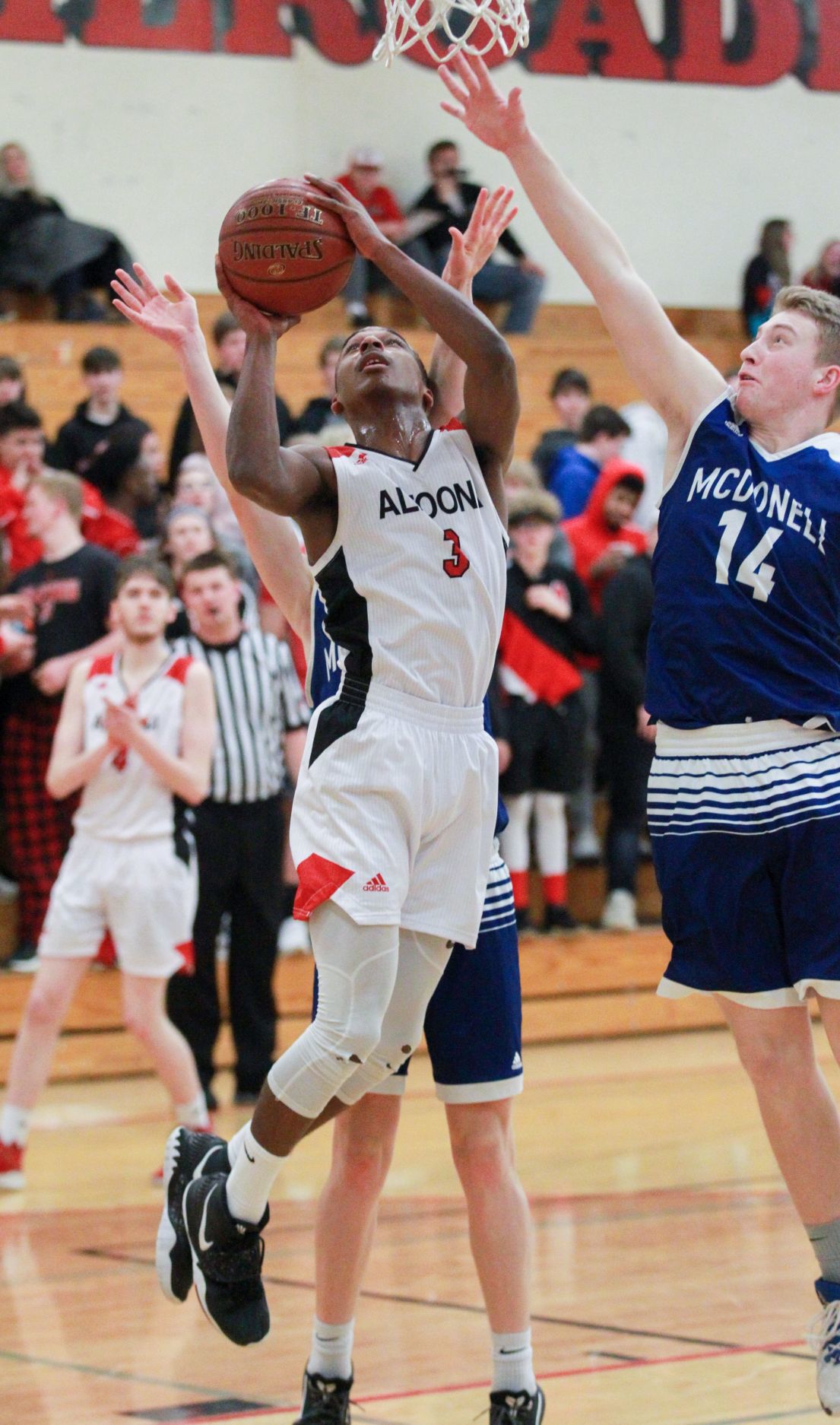 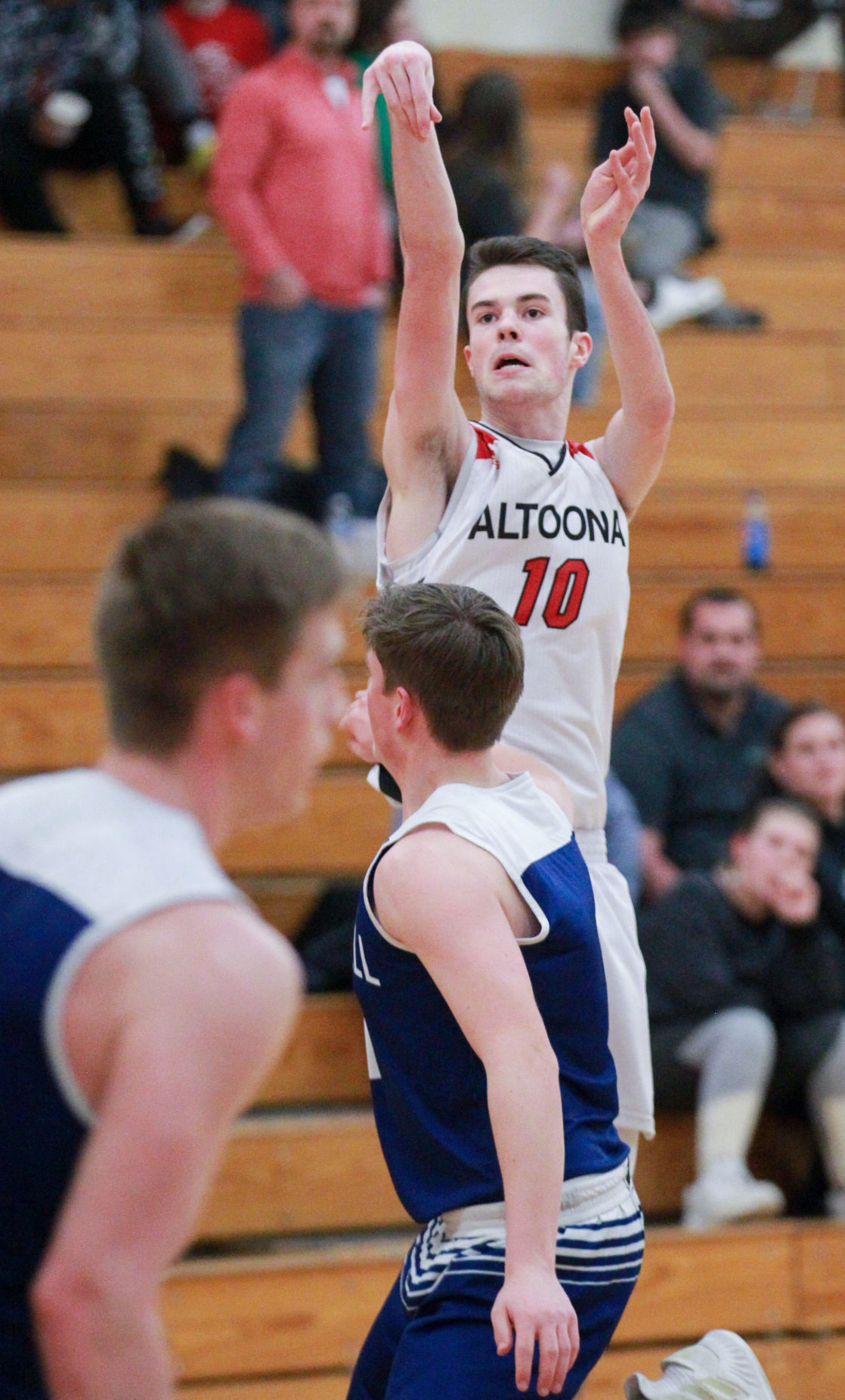 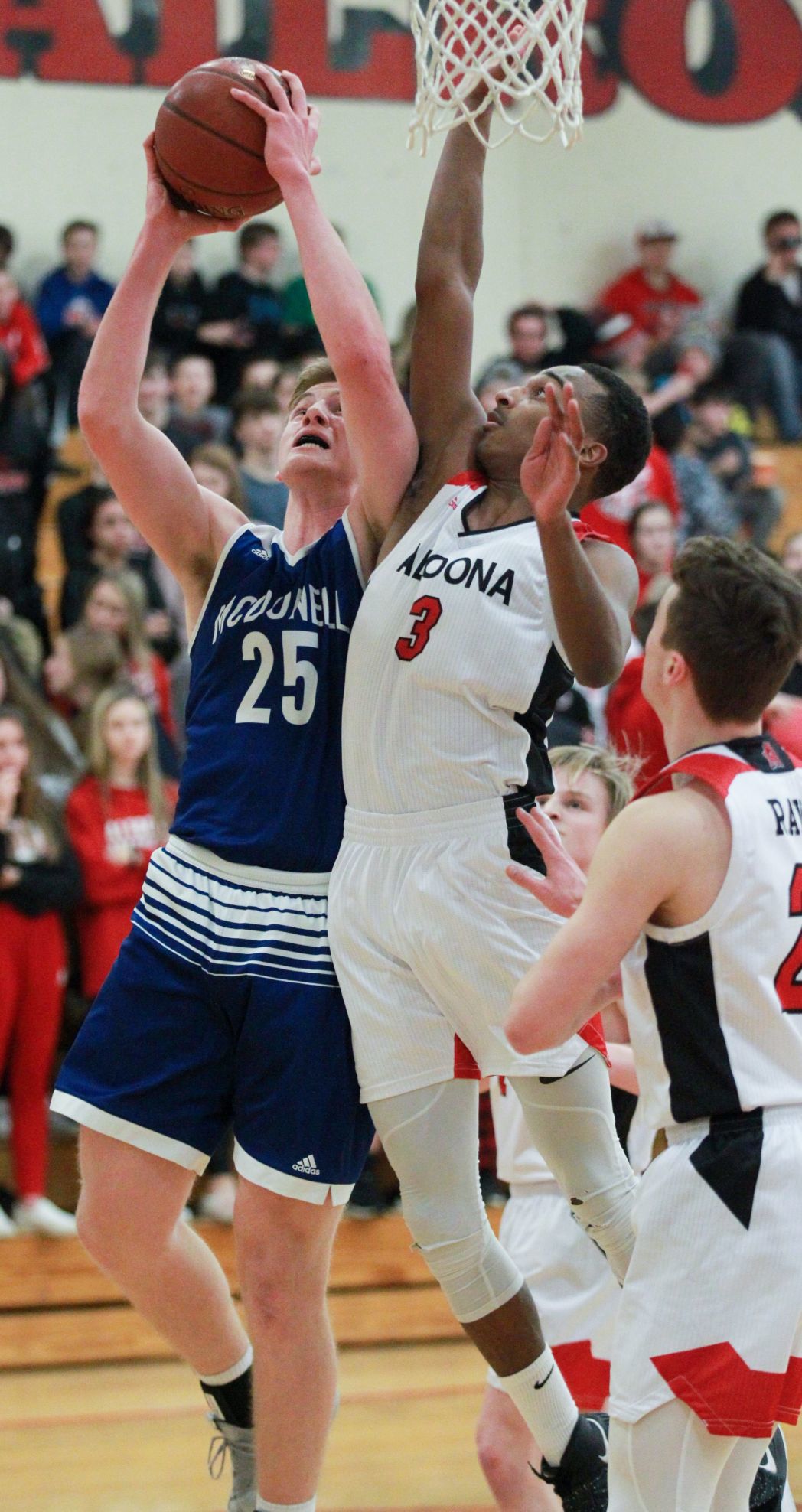 McDonell's Eion Kressin goes up for a layup against Altoona's Keshawn Harris on Thursday night in Altoona.

Altoona coach Paul Henrichs congratulates Blend Sabani in the final minutes of Thursday night’s 64-38 victory over McDonell. With the win the Rails clinched a share of the Western Cloverbelt Conference title.

McDonell's Eion Kressin goes up for a layup against Altoona's Keshawn Harris on Thursday night in Altoona.

ALTOONA — With 2:35 left in the game, Altoona coach Paul Henrichs gathered his team together by his bench and reminded them of their marching orders.

“Don’t let them get back into the game,” he told his boys.

Then, with the Rails up 62-32, the bench unit checked into the game. Once clear of earshot, Henrichs changed his tune. He walked down the bench shaking hands and hugging the eight boys that remained on the sideline.

“How does it feel?” he asked Evan Moss.

Nine months after Henrichs proclaimed he wanted to turn Altoona into a “basketball powerhouse,” the first-year head coach and his Rails clinched at least a share of the Western Cloverbelt conference title with a 64-38 victory over McDonell on Thursday night in Altoona.

“The feeling is unreal,” Moss said. “The goal coming in to the year was to put a conference championship up on the banner, it’s been 13 years, and we got that done.”

Immediately following the game, the Altoona boys rushed into the locker room for a post-game meeting. When they emerged, Henrichs was soaking wet.

“We all started jumping up and down with our water bottles and we doused him,” Moss said.

“If we win conference championships, they can get me as wet as they want,” he said.

The game was a rout straight from the jump.

Altoona went up 10-1 using its swarming defense to keep the Macks off balance. With McDonell neutralized offensively, the Rails zipped up and down the court, scoring buckets in transition and finding open shooters for killer 3-pointers.

Nate McMahon hit three 3-pointers in the half and led Altoona with 13 points heading into the break up by 15.

A 9-2 run to open the half ended any hope of a McDonell comeback.

“I think we really got outplayed and outcoached to some extent,” Macks coach Adam Schilling said. “They did a really good job of spreading the floor and hitting the open guy. ... When we got open shots we didn’t quite make them, and we got outside shots that didn’t go in.”

After the game the party started. “We Are The Champions” played from the speakers and one Rails fan put in her request for an extra large conference championship t-shirt.

“It’s just crazy,” junior Keshawn Harris said. “Ever since the beginning of the season we’ve wanted this, so it’s just crazy.”

“I’m so proud of everyone,” McMahon added. “We did it! That’s been our goal and we did it!”

Harris finished the night with 21 points, tying McDonell’s Eion Kressin for the game high. He was joined in double figures by Rails teammates McMahon, who scored 14, and Moss who scored 10.

With Thorp’s 68-62 victory over Osseo-Fairchild on Thursday, the Cardinals can still claim a share of the conference title if they win out and the Rails stumble in their last two games against Cadott and Osseo-Fairchild. It’s an unlikely possibility, but one Henrichs isn’t going to overlook.

“The biggest thing is we can’t share this with a team we beat twice,” he said. “We’ve got another big game next week and goal No. 1 was to win conference and we have a share of it now, but we want to win it outright.”

Once the conference title is solely in their grasp, the Rails will turn their attention to the Division 3 playoffs.

“Once it gets into sectional play, anything can happen,” Henrichs said. “We talked about the bullseye growing every time out. ... When you’re the team to beat, you’ve got to be prepared.”

For McDonell, the loss marked their third in their last four games after a pair of heartbreaking one-point losses to Fall Creek and Thorp.

“We’re a Division 5 team in this conference and that’s a tough thing to do and we’ve got a pretty good record, so we need to bounce back from this game,” Schilling said. “We’ve got to win a couple of these so we aren’t playing on the road in the playoffs hopefully.

Things won’t get much easier for the Macks, who will continue their road trip with a visit to Regis on Tuesday for a 7:30 p.m. tipoff.