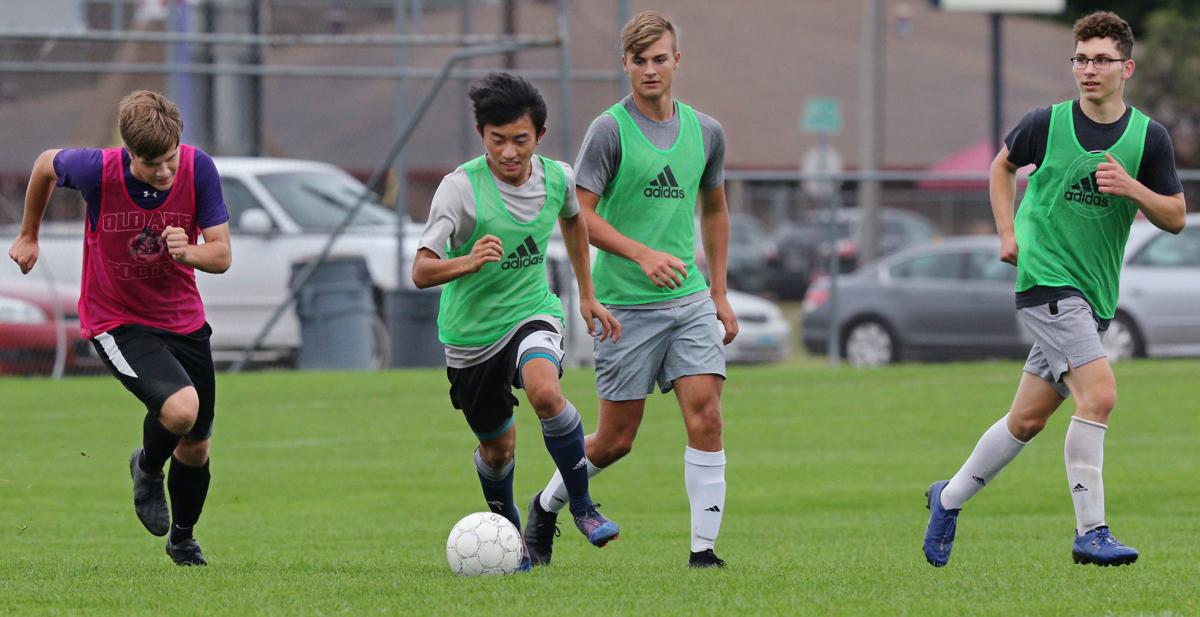 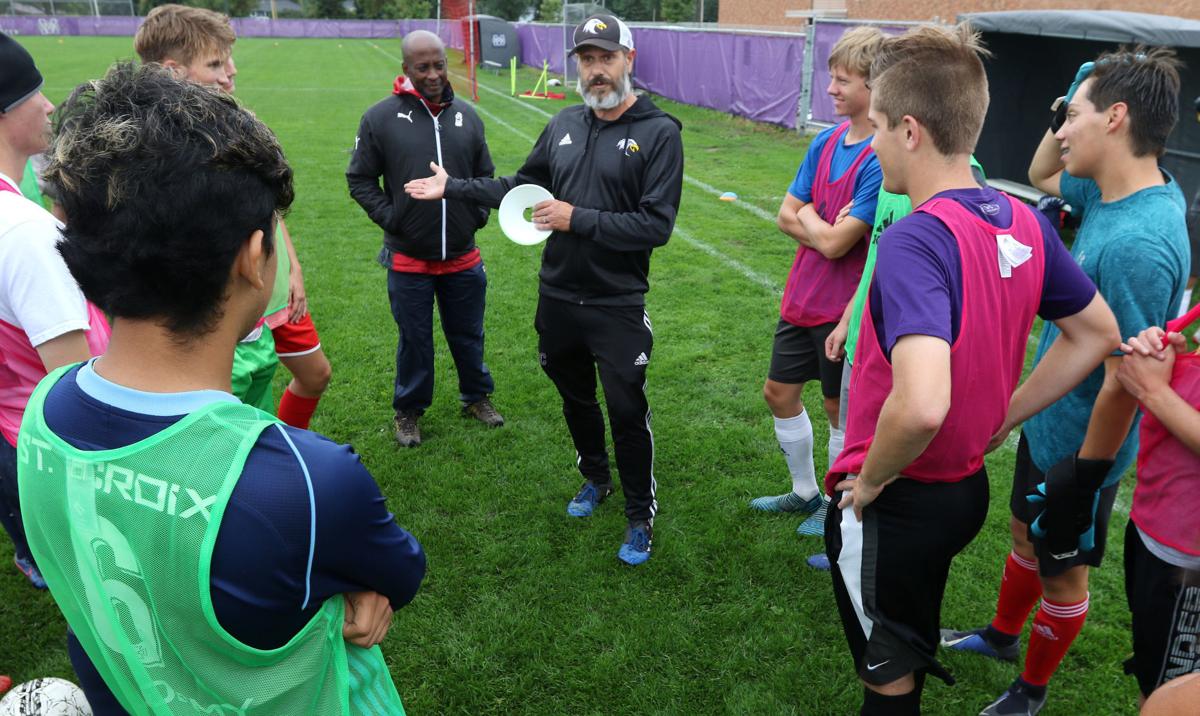 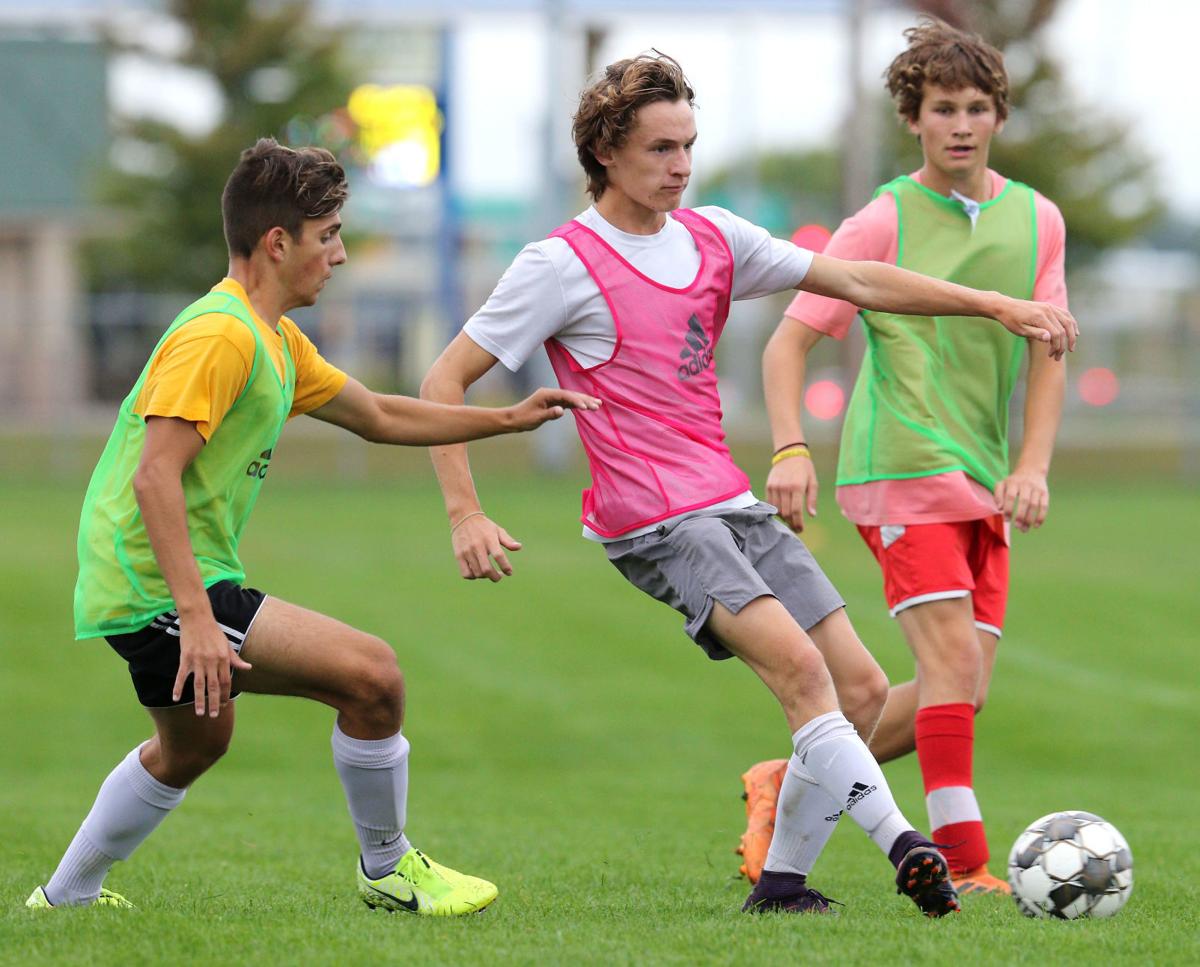 The Old Abes, looking to make a seventh trip to the state tournament and second in a row under head coach David Kite, fell in the regional final to Appleton North in a dramatic 12-round penalty kick shootout. It was impressive Memorial had even made it that far considering they had to play 62 minutes down a man, but that didn’t ease the hurt that carried into this year.

“We were devastated,” senior defender Ethan Pawlak said. “We really want revenge, so we’re really getting at it and making sure we’re sitting at the top of the game.”

This season is about redemption, especially for the team’s five or six seniors that got a taste of the state tournament experience two years ago as sophomores. The goal is clear – get back to state, and this time, win it all.

“We hope some of those experiences will push this group through in the latter stages,” Kite said.

The Old Abes have already gotten one piece of payback out of the way, beating Appleton North 2-1 in a season-opening rematch on Aug. 30.

They certainly have the talent to continue taking that next step.

Memorial is currently ranked sixth in Division 1 in the Wisconsin Soccer Coaches Association weekly state rankings after starting the season 2-0-1, joining No. 7 Hudson as the only teams in the area making an appearance. The defense, backed by new starting goalie Scott Knowlton, only allowed one goal through the three outings.

If the returning talent wasn’t enough, the Old Abes also added senior Lushi Xiong, a first-team All-Big Rivers selection last year at Eau Claire North. He had been a critical member of the Huskies since his sophomore year.

“We already had quite a roster as it was and when he came across and joined us, it just made this group a little more special,” Kite said. “I really respect the player he is and I’m just really excited to coach him and for him to be a part of the program this year.”

All six Big Rivers coaches polled expect Memorial and Hudson to duke it out for the conference title once again this season. The two schools, which have combined for every conference title this decade, play at the Raiders on Sept. 17 and in Eau Claire on Oct. 10.

In addition to matching up against Hudson, which won the league last year at 10-1-1, Memorial will be heavily tested by its nonconference schedule. Middleton, ranked fifth overall in the state, Wauwautosa East, ranked No. 2 in Division 2, and Oregon, the defending D2 state champions, should prepare the Abes for the competition they’ll face in a long playoff run.

“The nonconference games are what’s going to keep us going, keep us moving for sure,” Junker said.

Junker, one of the seniors who was on that state team two years ago, said there’s a sense of wanting to pass down those memories to the next generation of Memorial soccer players. For now, though, he’s focused on the present and soaking in the moment. That’s one of the lessons the last group of state-worthy upperclassmen taught him.

“The team is always strong, but this year there’s something special,” Junker said.