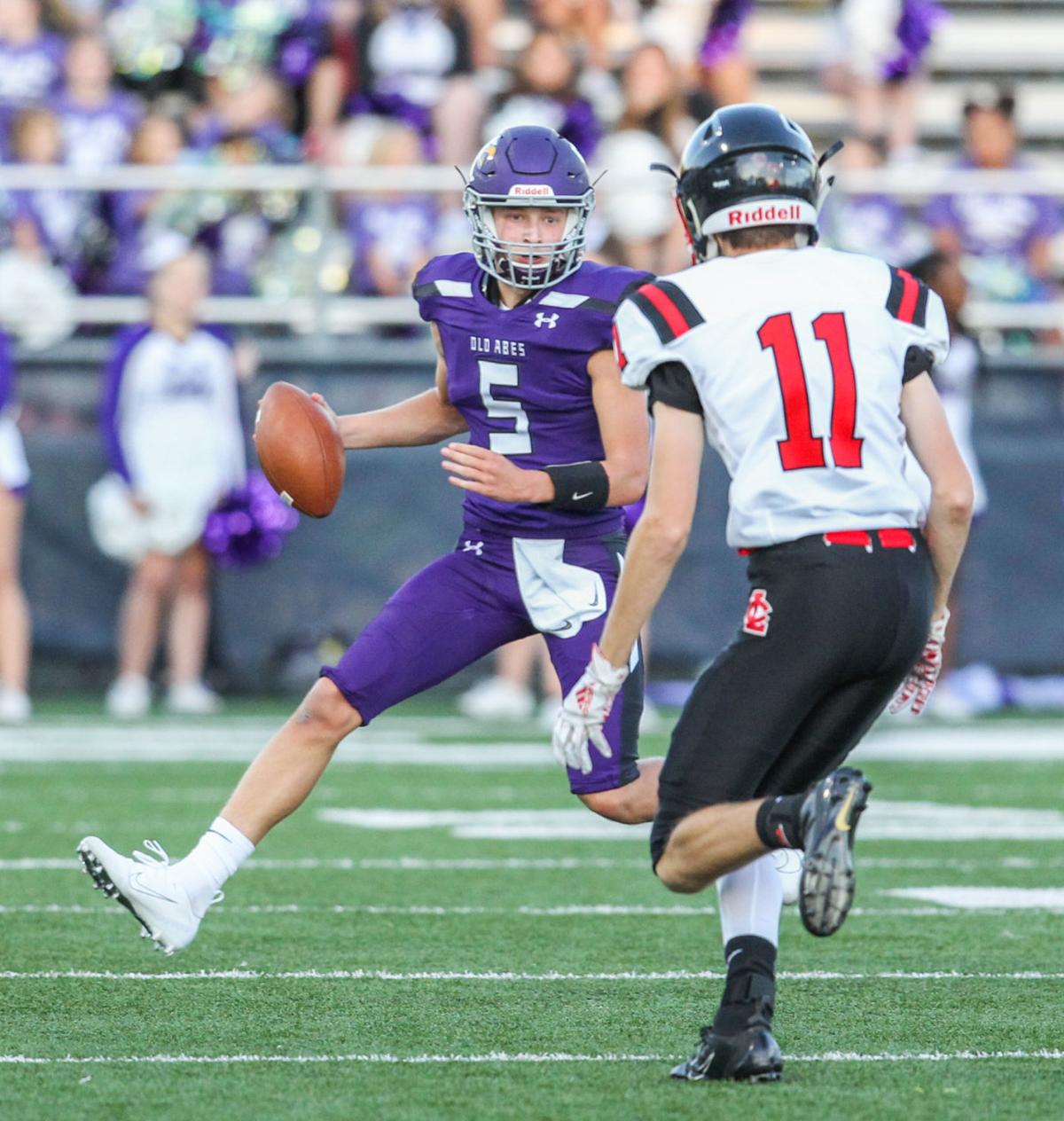 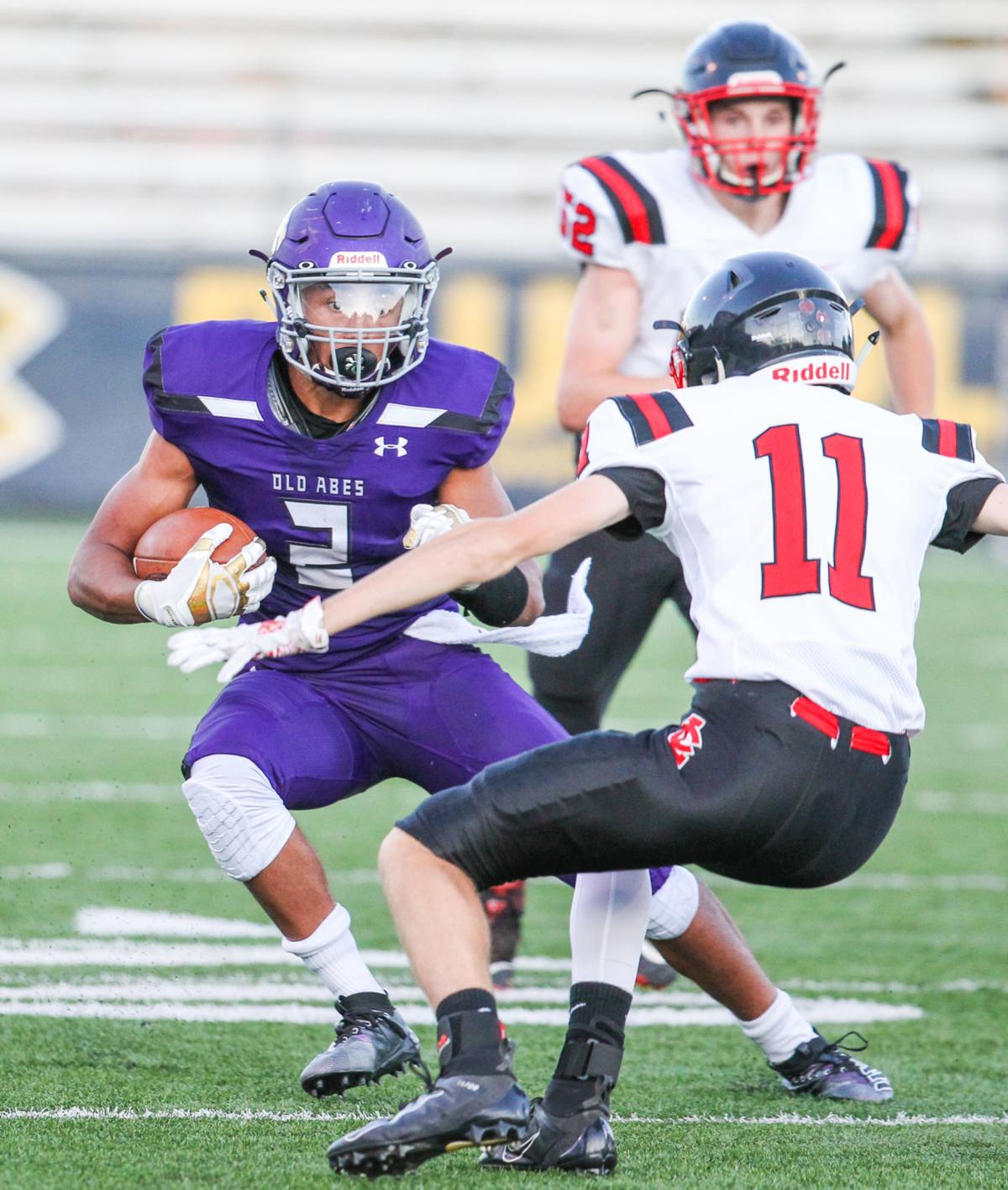 With a large group of returnees – especially at the skill positions – it was a season of high expectations that was looked forward to with excitement for Eau Claire Memorial’s football team.

Although the Old Abes posted a five-win season and made the playoffs, early injuries to key players and a series of close losses denied them from reaching what they hoped for.

“Injuries hurt us right away and plagued us all season to the extent we didn’t know from week-to-week who was going to play,” said third-year Coach Mike Sinz. “It made it tough to get a rhythm offensively and we had to use players both ways.

“Still I was proud of the way they battled through adversity. We were competitive in every game and they all went down to the fourth quarter.”

That took care of the losses in a season where many were left asking what might have been.

That came after the Abes opened the season with a head of steam, scoring 109 points in opening wins over La Crosse schools Logan, 47-22, and Central 62-44.

They piled up 600 yards in the win over Central as junior running back Loyal Crawford exploded for a school and city record 338 yards and five touchdowns.

And then the injuries hit. That included Crawford, the Wisconsin Badger recruit who suffered a hamstring injury, the first of a couple that would limit him to two starts. He played in just five games and in only 13 of 40 quarters for the season.

The loss of Crawford and his run threat put pressure on the air game, where quarterback Bryson Johnson had to scramble to get the ball to his record-setting receivers as the major weapon.

For the most part, he did that, throwing his way into school and city history with 1,810 yards and finishing with a two-year plus total of 4,100 air yards, 4,502 total offense and 37 touchdowns, second only to the leading totals posted by three-year QB Ben Everhart (2012-14) and passing some legendary figures in school annals.

“Bryson was a great player for two years and it was all due to his dedication,” Sinz said. “I’ve never coached a more dedicated kid who put in more time in the off-season with his receivers.”

It helped to have veteran receivers in Calvin Tanner, Will Hesse and Jack Piper in particular.

Tanner could be called the team’s Most Valuable Player due to his versatility on both sides of the ball.

“He was our playmaker and played multiple positions,” Sinz said. “He was in on almost every snap all season.”

Coming into the season on the verge of setting receiving records, he concentrated as a defensive back covering the opponent’s leading receiver and wound up leading the team with three interceptions. He also returned kicks and played some in the offensive backfield.

He still caught 26 passes for 555 yards and three TDs to finish his three-year career with 85 receptions, 1,411 yards and 16 touchdowns, all school records and among the tops in the city.

Hesse led the Abes with 27 catches for 581 yards and seven touchdowns. Jack Piper was another valuable handyman who took 20 passes for 308 yards.

Crawford led the ground game with 671 yards at a 9.1 clip and scoring 11 touchdowns. When he was down, Ethan Van Grunsven and Reese Woerner got the majority of the carries and Johnson scrambled for 287 yards and five scores.

“The last three games, he was just terrific,” Sinz said of Gerber. “He’s a three-sport athlete and never misses a weight room session.”

Others singled out by Sinz were Hank Boese and Nick Oberding in the line, Garlie at linebackers, Hesse and Piper, for his all-around contributions.

“We have to replace 22 totally-committed seniors and will miss their leadership,” Sinz said. “We ‘ll need others to step up and will have to have a great off-season.”