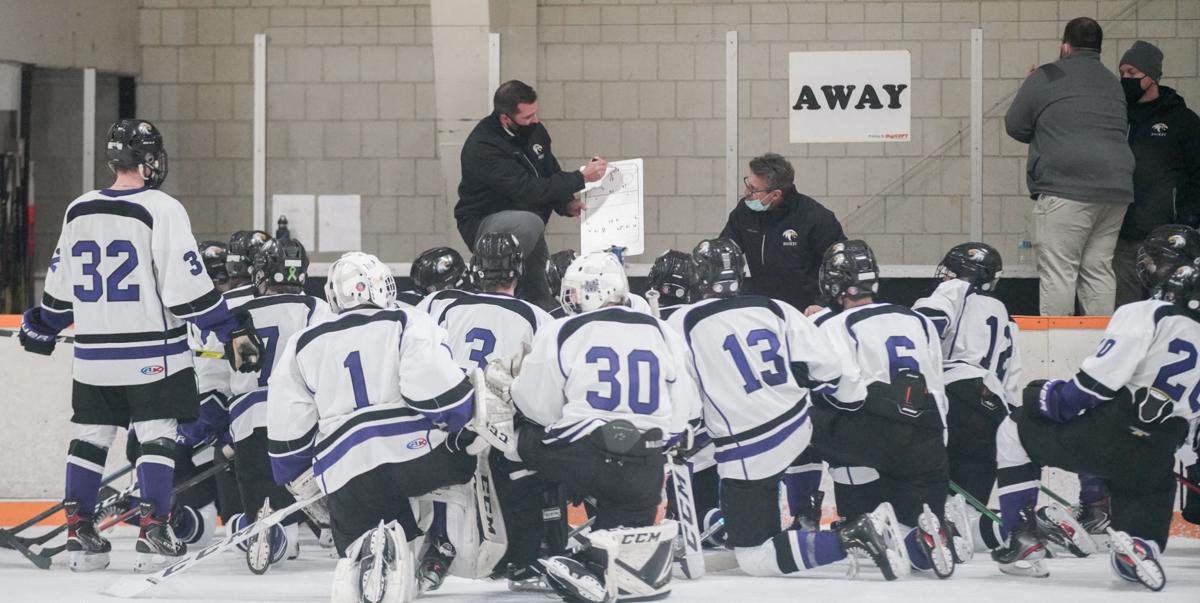 Eau Claire Memorial players gather during a timeout during a game against Eau Claire North on Friday in Altoona. 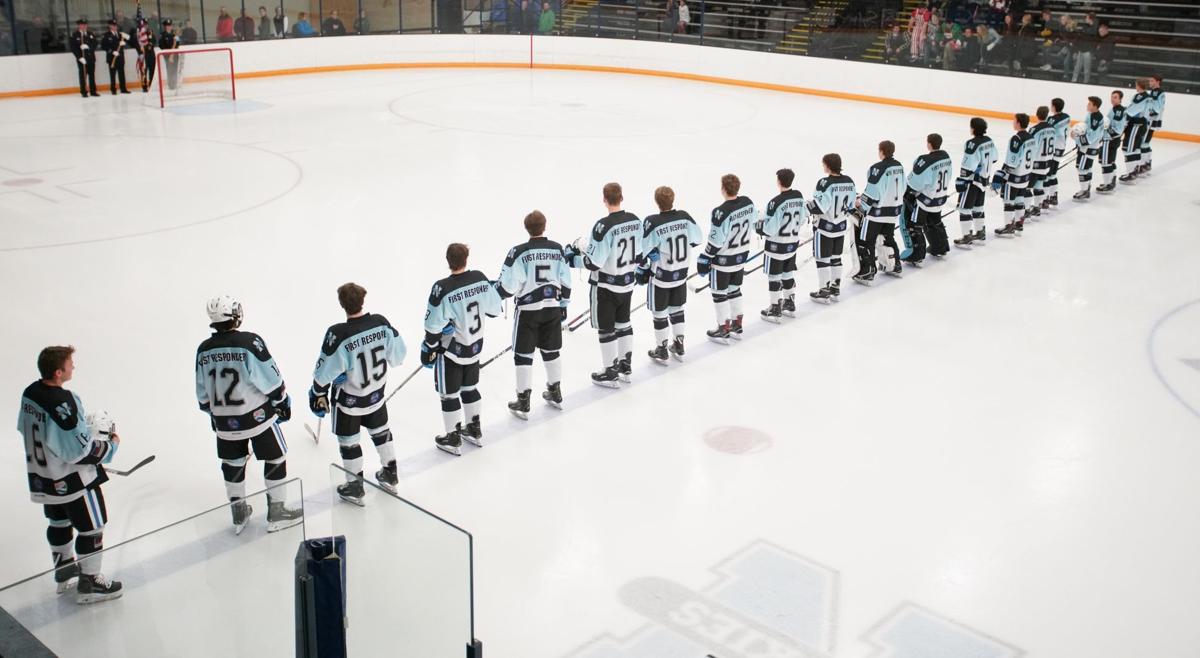 Eau Claire Memorial players gather during a timeout during a game against Eau Claire North on Friday in Altoona.

Players from the Eau Claire Memorial boys hockey team requested a loosening of rules, as well as the addition of spectators, during upcoming games at Hobbs Ice Arena in a video posted on Tuesday night.

The video, which includes a statement read by various members of the team, is directed at the Eau Claire City-County Health Department, Hobbs Ice Arena and the Eau Claire Area School District. It was created by players with approval from the team’s coaching staff according to Melody Brennan, the mother of Memorial player Sam Brennan. She helped coordinate the video’s creation and published it from her Youtube account.

Hobbs Ice Center reopened last week after being closed for nearly two months — first due to rising COVID-19 activity and then to repair broken equipment. While the Eau Claire Area School District hockey teams can return to the facility, they must follow a five-page set of guidelines put in place due to the pandemic.

Some rules, like bench limitations and the barring of spectators, exceed those at other hockey facilities in the Chippewa Valley.

Hobbs Ice Arena’s Phase 3 Gameplay Protocol, shared with the Leader-Telegram by the facility’s management, allows only ten players and one coach on the bench at any given time. Additional players are required to social distance in the hallway behind the benches in the main O’Brien Rink. Additional coaches can coach from the mezzanine above the team benches.

Penalty boxes are limited to one player at a time. Additional players are required to stand behind the penalty box.

Locker rooms are closed during practices and open during games, though capacity is limited.

Spectators are not allowed for high school games, while one parent or guardian per skater is allowed to enter for players under 10 years old.

The bench mandate is the most difficult to follow given the nature of the sport. Hockey teams make substitutions on the fly, not on a predetermined schedule. Hockey can be like organized chaos. And with only one coach on the bench, the teams aren’t exactly set up to coordinate players moving from the hallway, to the bench and onto the ice.

“Not having our team on the bench to communicate and shift change really complicates the game,” junior defenseman Luke Erickson read from the Memorial statement. “Every rink we have played at has allowed us, all the players and coaches, to be on the bench during the game.”

Eau Claire Memorial athletic director Kevin Thompson confirmed in an email to the Leader-Telegram on Jan. 5 that the Eau Claire Area School District’s teams could play game at Hobbs after spending the early stages of the season strictly on the road. However, the first city game of the season, originally slated for Saturday at Hobbs, was rescheduled and relocated to Altoona Hobbs on Friday.

North coach Ryan Parker cited the stringent bench rules for the change. He said Hobbs initially limited the bench to five to six players and a coach.

“In order to play a game like this, there are so many moving parts,” Parker said Friday night. “We need to have a bench. There are so many things going on. Guys get hurt, they get injured, they’re coming off, there’s penalties. There’s so many nuances that go into the game.”

Once the bench capacity was increased, his Huskies became the first team to play at the facility this year on Tuesday night.

“You’re trying to talk to guys that are 20, 25 feet away,” Parker said. “That’s very, very challenging. It feels more like you’re a spectator trying to give pointers along the way instead of being in there coaching, talking and teaching. It was definitely a challenge and it definitely takes away from the game.”

The Eau Claire Area Stars girls program is scheduled to play at Hobbs next, with puck drop set for 7 p.m. Thursday. UW-Eau Claire, which also plays at the facility, is set to return to action in both men’s and women’s hockey next month.

When it comes to attendance, other ice arenas in the surrounding area have allowed limited spectators during the pandemic.

Attendance at Hobbs was discussed earlier this week at an Eau Claire City Council meeting. Stephanie Pyykola, the mother Ryele Pyykola of the ECA Stars, asked that players be allowed to each have two spectators attend.

“Hobbs is plenty big to accommodate two spectators per player,” she said.

The Memorial video was not the first time high school athletes have used their voices to challenge guidelines amid the coronavirus pandemic. Athletes from around the Chippewa Valley marched in the summer to protest the Eau Claire City-County Health Department’s health order.

“Social media is a powerful platform and with many current events we are all living through this is a great opportunity to learn and grow in advocacy,” Brennan said. “The boys should be proud that they did what they could and shared their voice for the game they love to play as student-athletes. In the end, they will respect the protocols, but are hopeful Eau Claire County will consider their perspective.”