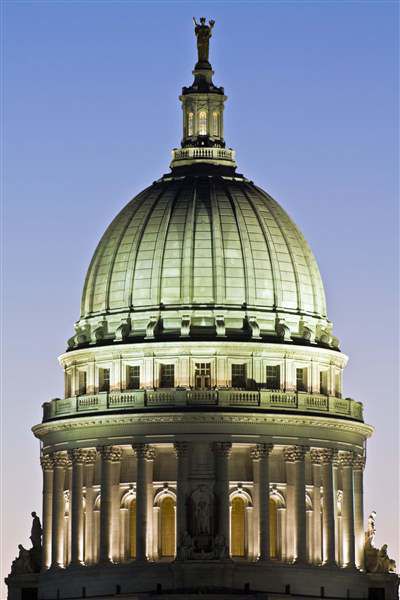 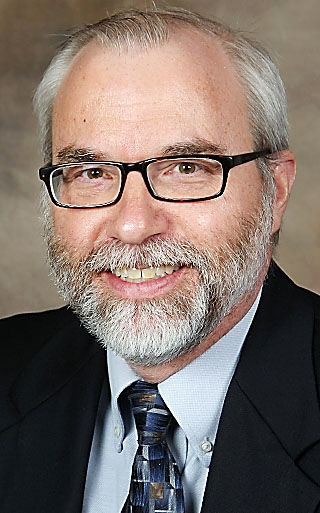 Securing a new UW-Eau Claire building and navigating a split in power between Democrats and Republicans gives added importance to an annual visit Chippewa Valley business leaders make to the state Capitol.

More than 100 local business and community leaders will travel Wednesday to Madison in the Chippewa Valley Rally — meetings with policymakers to explain what the area seeks from state government.

This year’s rally has added significance because the Legislature will be crafting its budget and November’s election put new people in power, said Scott Rogers, governmental affairs and workforce director for the Eau Claire Area Chamber of Commerce.

“We have newly divided government and that changes things,” he said.

After eight years of Republican dominance in state government, voters elected Democrat Tony Evers as governor in November but the state Legislature remains in the GOP’s control.

To talk about working across the aisle, this year’s rally will start with a speech from a longtime Wisconsin governor that had to do that for most of his tenure.

Former Gov. Tommy Thompson, who also was a cabinet secretary for President George W. Bush, will deliver an introductory speech to the delegation after it arrives in Madison.

For 12 of his 14 years leading the state, Thompson, a Republican, worked with Democrat control of one or both houses of the state Legislature.

“He will talk about how to be effective in divided government and talk about some of the issues we’re focusing on,” Rogers said.

The rally is a combined effort of chambers of commerce in Eau Claire, Chippewa Falls and Menomonie.

“It’s pretty substantial as far as our work in advocacy,” Jody Hagman, CEO of the Menomonie Chamber of Commerce, said about the visit to Madison.

Visiting legislators as a region gives the rally a larger impression than if the chambers would’ve visited individually, she added.

There’s no one single issue that’s most important, Hagman said, and all three chambers agree upon the same agenda to present to lawmakers.

“It’s all woven together very tightly,” she said.

Though the overall headings are usually economic and workforce development, education and infrastructure, this year’s rally booklet features a few new specifics.

Economic development has consistently been a major priority of Chippewa Valley Rallies, but the emphasis has shifted in recent years.

In the aftermath of the recession, the chambers wanted legislators to create initiatives to attract industry and create new jobs. But as a labor shortage has become more pronounced, the focus is now on attracting employees, keeping existing ones in state and helping people overcome barriers to getting a job.

An addition to this rally’s education agenda is chamber support for a new building at UW-Eau Claire to replace its aging Phillips Hall.

The UW System Board of Regents did vote in support of a new Science and Health Services Building at the Eau Claire campus, but delegates are going to ask legislatures to secure the $109 million in the 2019-2021 state budget and enumeration for the remaining $147 million for the following budget.

Aware that other UW campuses are seeking similar building projects, the rally will emphasis not only benefits a new science building will have for students, but also the local business community.

“One of our big workforce issues is having medical professionals,” Rogers said, adding that research done at such buildings can eventually spawn businesses as well.

A request for a $74 million renovation and addition to UW-Stout’s Heritage Hall — home to the university’s College of Education, Hospitality, Health and Human Services — in the 2023-25 state budget will also be requested by the rally.

The rally’s primary transportation pitch has remained the same — a long-term solution for the state’s financing of its highways and getting away from borrowing to pay for them.

In addition to requests, the agenda includes appreciation for past efforts, namely $15 million in state funds contributed to a downtown Eau Claire arts center, ongoing support for K-12 and higher education, and recent economic development grants that aided local businesses.

After local delegates are picked up on two buses early Wednesday morning from Menomonie, Chippewa Falls and Eau Claire, the caravan is slated to arrive at about 10 a.m. at the Best Western Premier Park Hotel in downtown Madison.

The morning session will include a briefing on the slate of issues that will be presented in visits to lawmakers’ offices. Rally attendees then break into small teams and will have five appointments with legislators’ offices — either meeting with lawmakers or their staff.

“We actually get to the majority of offices from throughout the state,” Rogers said.

Between senators and representatives, there are 132 legislative offices and the rally will get to about 105 of those.

Evers is invited to make a speech at a mid-day luncheon at the hotel. Following the official meetings, there is a reception at 4 p.m. at the hotel intended for networking. After that concludes, buses will leave Madison and return to the Chippewa Valley on Wednesday night.

For those who still want to sign up, the registration fee is currently $89 (early-birds were charged $79), which includes transportation and food. Contact chambers of commerce in Eau Claire, Chippewa Falls or Menomonie to register.