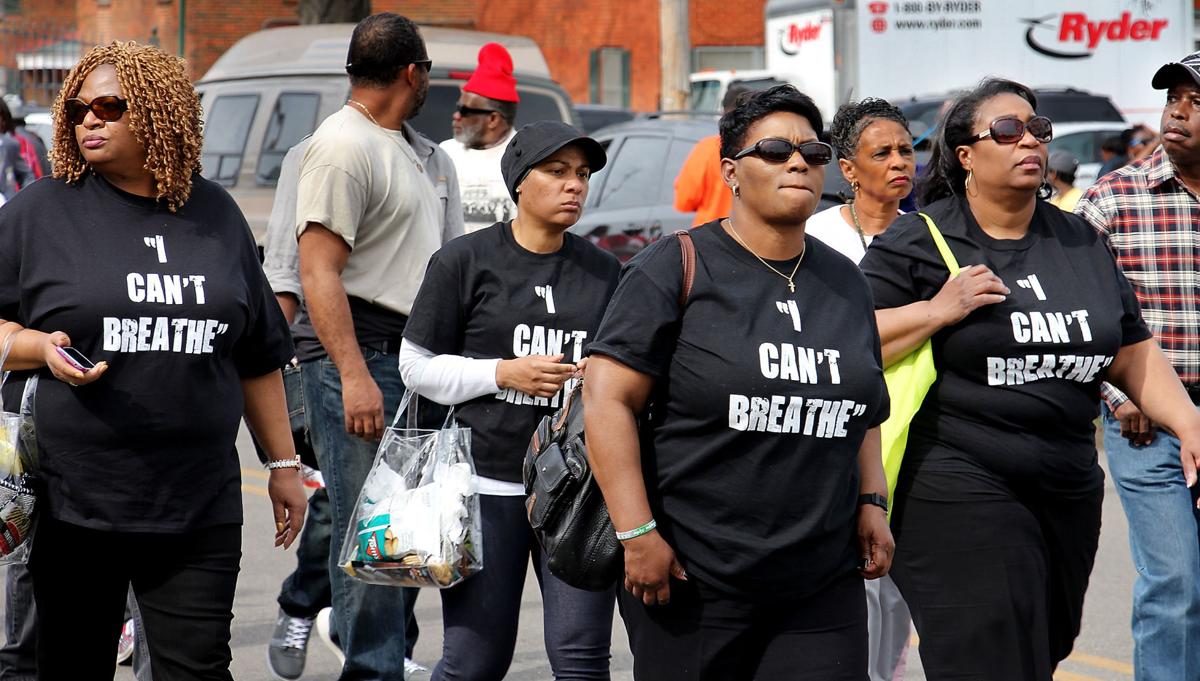 People march Sunday in Selma, Ala., to commemorate civil rights marches there in the summer of 1965, including a march on March 7 of that year that became known as “Bloody Sunday” after state troopers attacked participants.

A girl holds a sign commemorating the civil rights marches of 1965 Sunday in Selma, Ala. 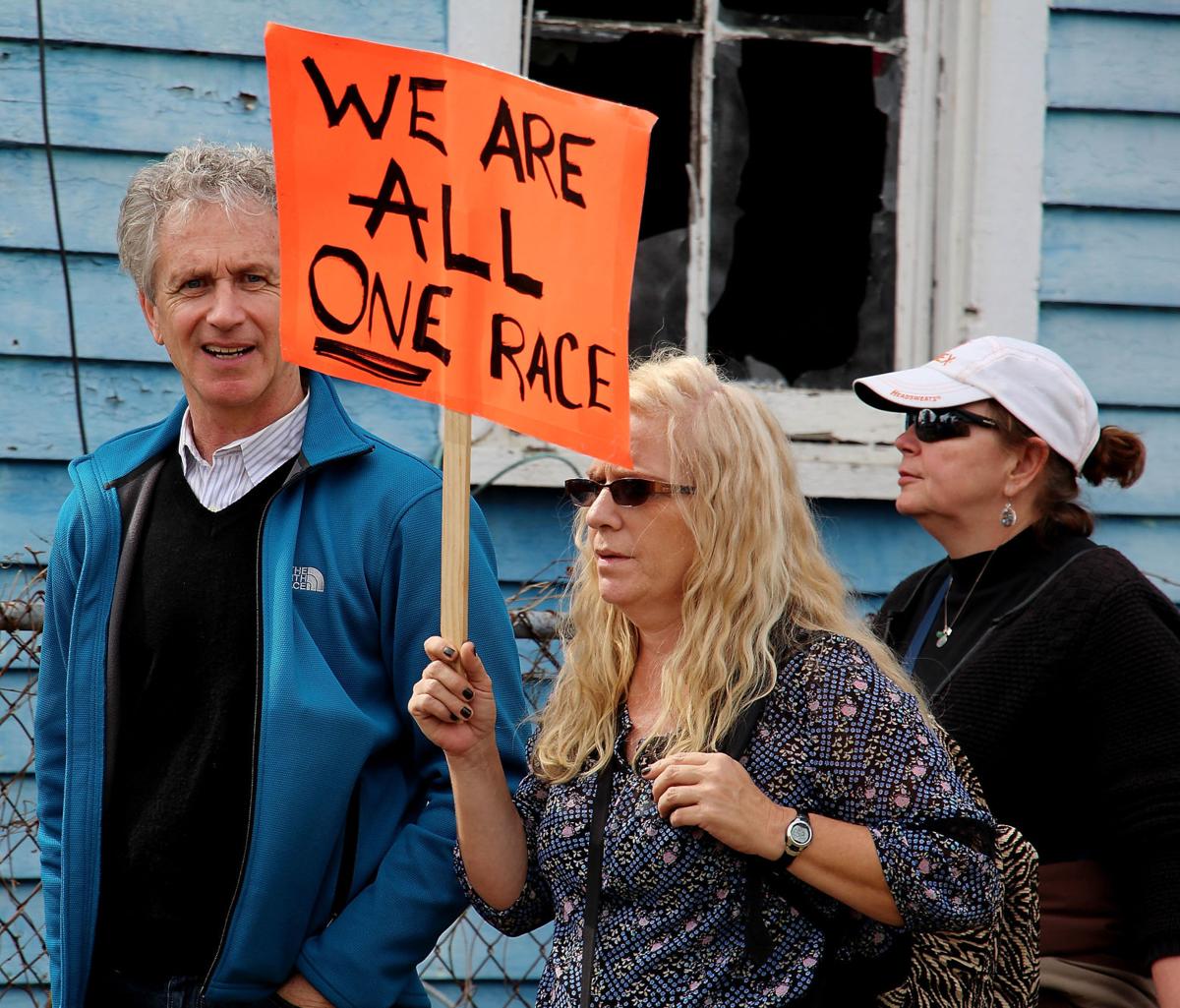 An unidentified woman carries a sign Sunday in Selma, Ala., during an event to commemorate civil rights marches there 50 years ago. 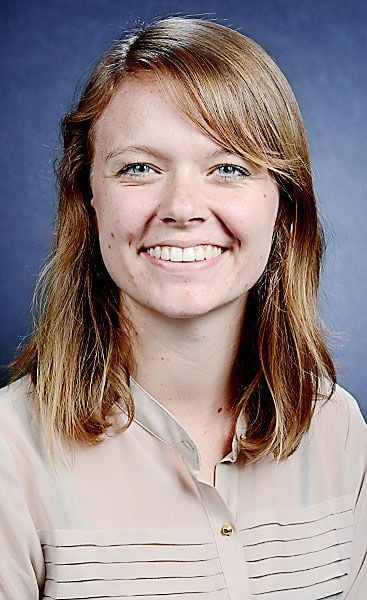 People march Sunday in Selma, Ala., to commemorate civil rights marches there in the summer of 1965, including a march on March 7 of that year that became known as “Bloody Sunday” after state troopers attacked participants.

A girl holds a sign commemorating the civil rights marches of 1965 Sunday in Selma, Ala.

An unidentified woman carries a sign Sunday in Selma, Ala., during an event to commemorate civil rights marches there 50 years ago.

At the onset of this month I had never been to the state that inspired band Lynyrd Skynyrd’s rock anthem “Sweet Home Alabama.” I had never heard President Barack Obama speak in person. And I had never met anyone who took a stand after experiencing firsthand the segregated South and police brutality during the civil rights movement of the 1960s.

All that changed after I spent a week in Selma, Ala., a historic small town nestled on the banks of the Alabama River in the state’s central region. I experienced all of that and so much more.

I had the good fortune to be invited to Selma by Jan Larson, associate professor of communication and journalism at UW-Eau Claire. I was among other UW-Eau Claire journalism students past and present who came to Selma to report on the 50th anniversary of the marches from that city to Montgomery, Ala., historic events credited with forcing into being the Voting Rights Act, which ensures voting equality for Americans.

Sunday afternoon I meandered through the crowded streets of downtown Selma, surrounded by the scents of festival food booths that dotted sidewalks, catering to crowds gathered to celebrate the historic march that became known as “Bloody Sunday” for the violence police inflicted on protesters that March day in 1965. The sun beat down on my already-burned skin as I snapped photos of the signs people toted.

A young black girl perched on her father’s shoulders proudly held up her cardboard sign that read, “I am because we are because Selma was.” A middle-aged white couple traveled the streets with a bright orange sign that said “We are all one race.” Others held up signs stating “50 years later the struggle continues” or “First love yourself to best love others.”

People of many races, ages, socioeconomic backgrounds and genders packed Selma’s streets last weekend as the importance of the actions of protesters here five decades ago was recognized. The president and his motorcade were gone, the streets weren’t blocked off for his safety reasons and Selma felt a lot more like what it has always been: a town that belongs to the people who aren’t afraid to challenge the status quo and inspire true change.

For a while my fellow students and I stood along the route from Brown Chapel Church to the Edmund Pettus Bridge and watched the foot soldiers relive the route they walked as children or teenagers five decades earlier. Then we hopped in behind the Rev. Jesse Jackson and followed in their footsteps.

In 1965, those foot soldiers were largely teenagers courageous enough to challenge the norm in the segregated South. They were people such as Lynda Blackmon Lowery, who was 14 on “Bloody Sunday.”

Lowery used her experience of being beaten on the Edmund Pettus Bridge and seeing her unconscious, seemingly dead sister in someone’s arms as motivation to march to Montgomery.

Among the marchers 50 years ago was James Webb, who defied a Dallas County sheriff in 1965 who told Webb he didn’t believe anything was equal. Webb responded, saying “Then sir, are you saying that if I have a quarter and I’m black, and you have a quarter and you’re white, then my quarter isn’t worth as much as yours?”

The passage of the Voting Rights Act, significant as that legislation was, didn’t mark the end of many marchers’ journeys as civil rights activists. For them, it was just the beginning. People like Lowery and Webb continue to work today against all forms of racial injustice.

While the marchers celebrated accomplishments in race relations since they marched 50 years ago in Selma, they also expressed concerns about the current state of those relations, citing recent police shooting deaths of unarmed black men by white police officers — including one Friday in Madison — and rollbacks of previous progress regarding voter ID laws.

After spending time in this hot spot of political change, I’ve learned the people of Selma are proud of their history. They are proud of the people who woke up on a March morning five decades ago and took a stand despite a sea of blue Alabama state troopers waiting to beat them with billy clubs.

However, people here also realize how much Selma still needs to change. They note that whites and blacks often lead different kinds of lives, evidenced by the nearly segregated schools across much of the southern U.S. in which most black children attend public schools while their often-wealthier white counterparts go to nearly all-white private schools.

As I reflect on the many conversations my fellow UW-Eau Claire students and I have had during the past week, I think of a common thread that unites this town and keeps people striving for a better world: potential. Selma has great potential, and its residents want the world to know that.

The residents of Selma want the world to not only hear about their high crime rate or those long-ago brutal beatings on the bridge. They want us to know they are working day in and day out to help their home reach its potential. They are the foot soldiers of today, they are the unsung heroes, and they are making a difference.