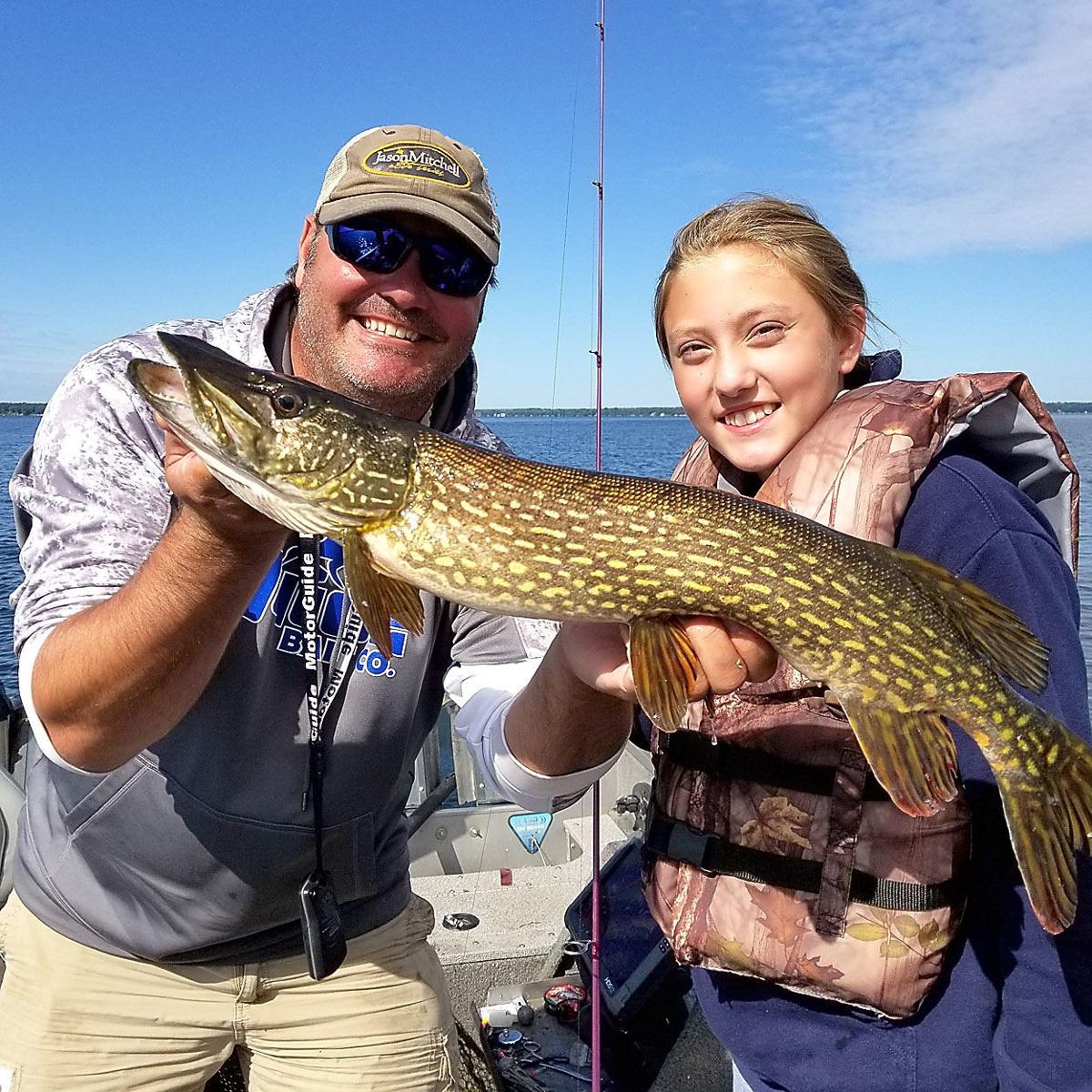 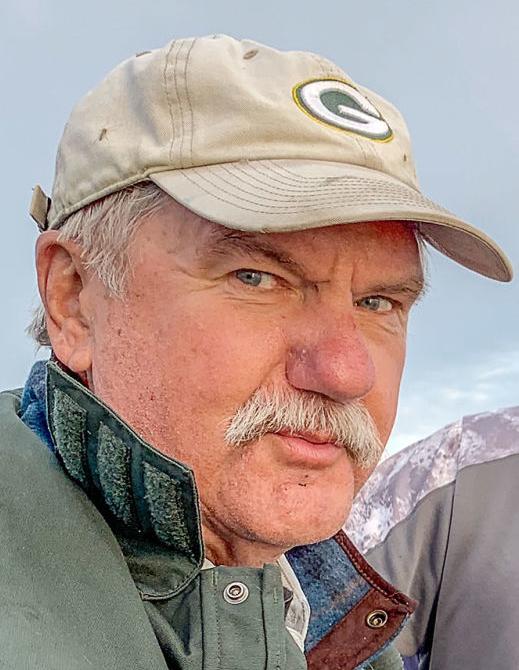 BRAINERD, Minn. — On a recent 50-ish degrees early fall day, the calm, mostly deserted waters of Gull Lake would add to a treasure chest of memories for a foursome boat of anglers hopelessly caught up in sportfishing’s circle.

During a weekend family retreat before school started, 12-year-old Savannah Grange today relied on local guide and national fishing and hunting TV show producer and photographer Nate Berg, a native of Blair, backed by her dad Marshall Grange and me, her grandpa, to coach her and witness whatever gifts the morning would bring.

Our first spot on the sprawling 9,947-acre lake would be barely 200 yards from the public access boat launch where around sunrise we met Berg, who had done some scouting the previous evening and left fish biting.

Our plan was to resume trolling crawler harness rigs along a slow sloping weed line where walleyes, smallmouth bass and northern pike ambush small perch, suckers and hopefully our juicy worms. Berg said he turns to crawlers when crayfish molt and water temps drop to the lower 60s.

“A lot of people fish deep at this time of the year,” Berg said. “I look to the shallower water close to weeds.”

Berg, 42, and I met three decades ago when I hosted a regional TV show. We covered the starry-eyed 11-year-old as he gained national attention by fishing 1,261 consecutive days, as he repeated often, “just for the fun of it.” After his streak ended, Berg and I remained in contact as he finished high school, went on to college, and eventually landed his “dream” job videotaping segments for the hugely popular Minnesota-based Babe Winkelman outdoors show.

The boy from small-town pond-fishing Lake Henry found himself travelling across two continents and dozens of countries to gather fishing and hunting material for Winkelman’s production. Eventually, Berg left that show to take on similar assignments for Jason Mitchell Outdoors, which is seen on Fox Sports North, available throughout the Midwest’s cable networks.

In addition to working for Mitchell, Berg said he now “moonlights” as a fishing guide (NateBergFishingGuides.com). He relishes teaching young newcomers and older novices about different aspects of the sport he’s honed over a career approaching 20 years.

“Catch and release is an important aspect of fishing the young follow,” Berg said. “The older generation says ‘take a limit,’ and I understand that but the younger people say keep enough for one meal.”

Savannah Grange, a Lakeville, Minn., eighth-grader, listened intently as Berg and her dad coached her over several hours and then took pride in her landing what would be her first “keeper” walleye and her largest fish ever, a 29-inch northern pike.

“I could tell he knew a lot about fishing,” she said. “Catching the first walleye was kind of cool. I had to reel real hard to get the pike next to the boat, and when he got it in the net I was super happy.”

Although it’s fall, Berg was dressed for summer and walked barefoot around the boat unhooking fish, tying on new spinners and monitoring his electronic fish finder. A grown man, but not all that far removed from the idyllic 11-year-old boy sitting on a tree limb fishing the angling haunt, Lake Henry, of his boyhood.

Berg said: “I may love fishing more now than ever, just watching people like Savannah learn and get excited about catching fish. I’m still learning every day. Things I learn out in the field doing the (Mitchell) show I can apply back here on our lakes.”

There are about 400 lakes within a 30-mile radius of Brainerd, and Berg said he’s fished about 200 of them for their diverse species ranging from perch and walleyes to muskies and whitefish. He tries to add 10 new spots a year to his logbook. Most of his panfish guiding is ice fishing, with walleyes being the top open water choice.

Still an ambassador of sportfishing as a family affair, Berg’s guide business this year donated 21 “charity trips” assisting fundraising for rod and gun clubs, veterans organizations and youth fishing groups. Berg said he wouldn’t be able to continue the rigorous road schedule, guide anglers and donate trips without the blessing of his wife, Natalie, a medical administrator.

“I don’t think enough people in the industry donate (trips),” Berg said. “Even if it was just one trip a year, that would help. It’s giving back to the industry that has given so much to me.”

And delighted by her excitement pulling fish in, it’s right for Berg to predict that Savannah Grange will remain among those he’s hooked into fishing for a long, long time.

Carlson is a freelance writer who lives in Eau Claire.