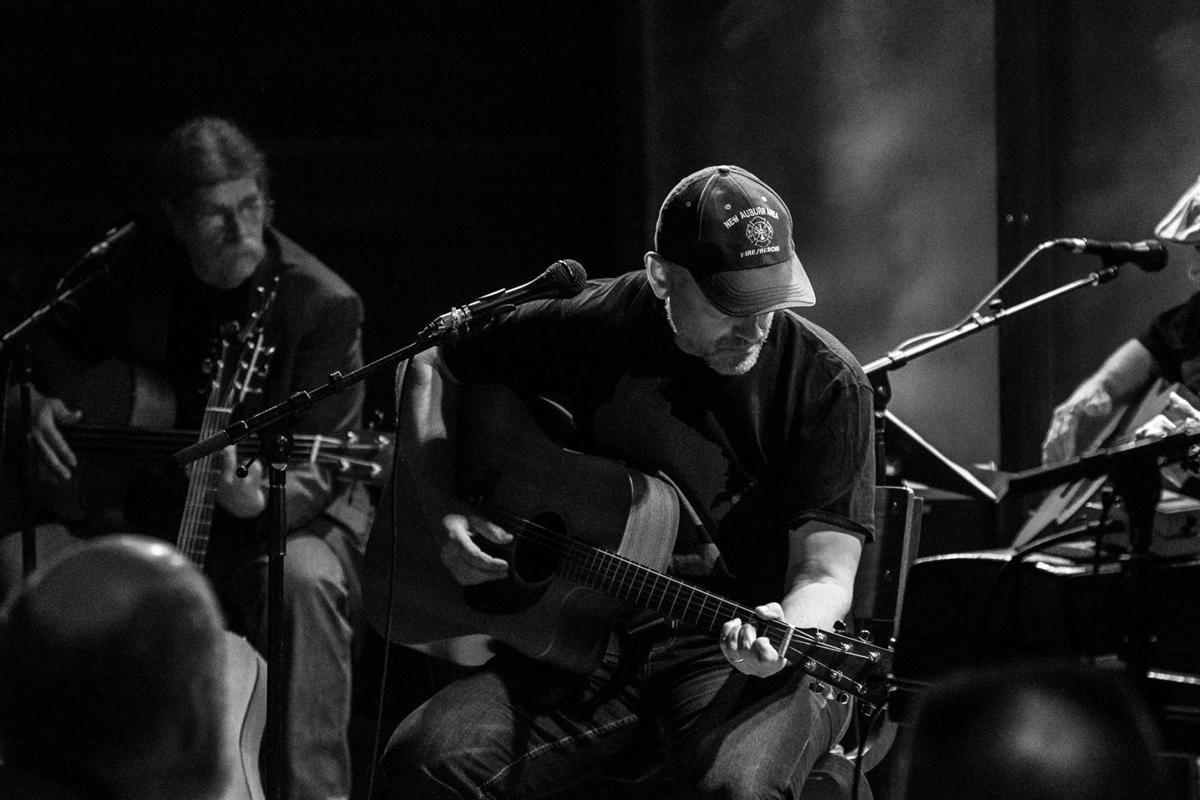 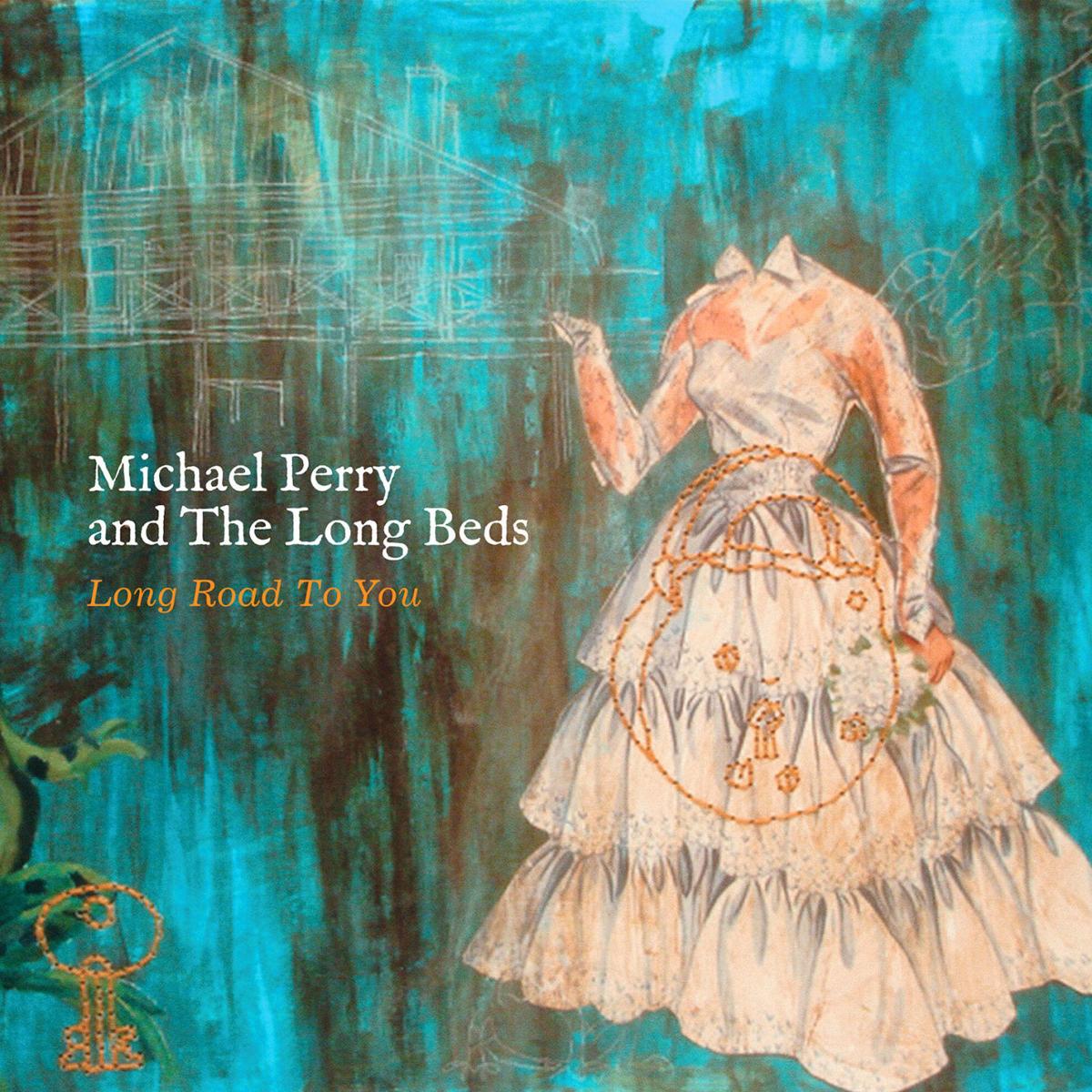 In addition to the EP “Long Road to You,” Michael Perry and The Long Beds have released the albums “Headwinded,” “Tiny Pilot” and “Bootlegged at the Big Top.”

In addition to the EP “Long Road to You,” Michael Perry and The Long Beds have released the albums “Headwinded,” “Tiny Pilot” and “Bootlegged at the Big Top.”

Michael Perry sees writing as his primary job, but his gift with words stands out in his music as well.

That’s evident in the lyrical depth in the six tracks that make up “Long Road to You,” a new EP he created with his band, The Long Beds. Compositions include the title cut, about two people who found love later in life; “Little Guy,” a heart-wrenching ballad that focuses on a custody battle; and “Threads,” a poetic spoken word piece.

“I never forget that writing prose is my No. 1 duty to my family,” the Chippewa Valley resident said with a smile. That reflects work such as his best-selling memoirs “Population 485: Meeting Your Neighbors One Siren at a Time,” “Truck: A Love Story,” “Coop,” “Visiting Tom” and “Montaigne in Barn Boots: An Amateur Ambles Through Philosophy.” He also has written fiction, including “The Scavengers,” a book for young readers, and “The Jesus Cow.” His column, Roughneck Grace, appears weekly in the Wisconsin State Journal.

Along with his literary efforts, Perry and The Long Beds work on music when they get a chance and perform “a smattering of shows every year.” So when Perry found he had accumulated a number of songs, some new and others older, he decided to share a new release.

“We just thought, we’ve got these things, and it would be fun to get them recorded,” he said.

The band will perform Friday in Pablo Center at the Confluence’s Jamf Theatre. The set list will include the tracks on “Long Road to You,” a couple of new songs planned for a project due next year and favorites from a catalog that includes three albums. Perry also will share stories while on stage.

“That’s become pretty natural. I think we always give a nod to the fact that I do a little writing on the side,” he deadpanned. “That also is one of the ways you let people know that you’re grateful is by inviting them into what’s in your heart. … One way to make people comfortable and feel like you’re really happy to be there is to do a little humor. And I have a lot of stories that are easy to tell between songs.”

Perry is modest about his musical talents but highly grateful for the talented musicians who are part of The Long Beds.

One of those players, roots-rock singer-guitarist Mary Cutrufello, said one of the rewards of performing with Perry is his original work. Cutrufello knows whereof she speaks. Her musical career includes time in Texas, where she played lead guitar for revered songwriter Jimmie Dale Gilmore.

“I love playing guitar … but it always starts with a song,” the St. Paul resident said. “Musically, he’s a little more developed than he likes to talk about, but the songwriting is really the driver.”

Evan Middlesworth, owner of Pine Hollow Studios in Eau Claire, played a major role in the EP as producer, mixer, arranger and Long Beds multi-instrumentalist. He said he appreciates the flexibility Perry shows in the studio.

“I enjoy his openness to evolve the songs,” Middlesworth said in comments via email. “His guitar is used as an initial sonic scratchpad to set lyrics to but he isn’t afraid to let me step in and alter the chord progressions or arrangement up if it means the song benefits from it overall.

“We have a great creative relationship,” he continued. “I can be very direct with Mike about his songs. I see an artist that wants to evolve with Mike — just like any other artist — but I also see a very classic hard working mid-western drive. It’s my favorite combination. We can be artsy but not need to walk on egg shells or light some sage and discuss … no, let’s just get right down to it, be excited and move on.”

Perry shared insights about what went the “Long Road to You” tracks:

‘Long Road to You’

The song started as a duet between the two characters who have seen their share of life experiences. But, as Perry explained, it ran 12 minutes, and Middlesworth persuaded him to pare in down to around the three-minute mark.

Perry acknowledged he still thinks some of the discarded verses are “pretty good.” But, he added, “It’s a fun puzzle to say, ‘How much can I take out of this song and still convey what I wanted to convey in the first place?’”

The song represents his goal of creating a specific character that listeners can see themselves in — or someone they know.

“I remember when I wrote the book “Visiting Tom,” and this still happens, but the very favorite bit of feedback I can get on the book ‘Visiting Tom’ is when someone says, ‘Oh, I have an uncle just like him,’ or ‘We have a neighbor just like him,’” Perry said.

When Perry is told the song delivers a strong emotional impact, he replied: “That’s because it’s a nonfiction song. That’s one of those rare songs where I will say I absolutely lived that song. I was in a relationship with someone who was going through a custody battle.”

Perry also noted that the events described are more than 15 years old.

“The lope, that’s the word I would use, the lope of that song is full credit to Evan,” Perry said.

The story Perry tells involves a guy finding the not-so-fond farewell letter stuffed inside a boot.

For this spoken-word track, Middlesworth recorded it as an instrumental, which Perry listened to and wrote whatever came to his head. It appeared on the third release from the Wisconsin Vinyl Collective, an effort in which the albums all feature music by artists with strong Wisconsin connections and are released exclusively through independent record stores on Record Store Day in April.

“It’s something that I want to do more of with Evan,” Perry said. “The next album we’ve been doing a couple where I’ve said, ‘Bring me music and let me write to it.’ I’ve never done much of that.’”

Middlesworth said he was pleased with how the production went.

“It all came together very quick, which is what I always hope for!” he wrote. “I’ve written music for theatre productions since I was 18. ‘Threads’ was a song I wrote for a stage production of ‘August: Osage County’ some years ago. Mike and I were hanging out at the studio and I started talking about these instrumentals I wrote that had no real home. I played him ‘Threads’ and he started writing. It turned out so well I decided to completely re-record my original version from the ground up and after Mike edited his words down I got him behind the mic.”

‘Golden in the Morning’

In further praise of the Long Beds’ musicianship, Perry pointed to Ben Lester’s “amazing” pedal steel work on several of the EP’s songs, including “Underlined.”

“Golden in the Morning,” however, features Lloyd Maines, one of the giants of the instrument. Aside from his talents on other instruments and as a producer, Maines has played pedal steel for recognizable names such as Guy Clark, David Byrne, Radney Foster and the Dixie Chicks (a group that includes Natalie Maines, daughter of Lloyd Maines).

Cutrufello had gotten to know Lloyd Maines when she lived in Texas, and when it became apparent some steel was needed on “Golden in the Morning,” she offered to send him an email. Perry quickly gave the go-ahead.

Middlesworth emailed Maines the track, and some days later he offered to send them three different performances for what Perry said was a “very fair” price, and they could use them as they saw fit. They agreed, and Maines sent the files back within a matter of days.

Perry was impressed with all of the performances, not just the one they used. “What I love about it is you listen to it and you can tell he gave the song a serious listen,” he said. “That speaks volumes to me.”

“It’s the sensitivity to the songs and what singer-songwriters are doing that’s made him a legend down in Texas, probably all over the world by now,” she said.

This song has been a popular part of Perry and the Long Beds’ live shows. In part, Perry said, that’s because it lets band members showcase their talents.

“They’re always going to be working around a certain structure; they never play that the same,” he said. “Mary’s back working with effects. And then, personally, it’s a thrill to turn Billy Krause loose. Because we all know what Billy’s voice is, but it’s really wonderful to be playing a show far from home, and everyone’s seen him back there singing harmonies and playing banjo, and then all of a sudden I go back and stand beside Chuck on the bass, and I let Billy do whatever he wants on that verse. It gets people’s attention.”

The recorded version features a special performance by the band leader on his father’s dented old trumpet.

“I made no bones about it,” Perry explained. “I said, ‘Evan, I don’t care where you have to bury it; this goes on the album because I want to be able to say I played trumpet on this album.’”

Middlesworth described “Ashes” as “different from the others since the beginning.”

“When a song comes down the line that is different from the others I try to dig in to it more and push it further down that road — if it’s different, let’s be different, get excited and not be at all apologetic about it,” he added. “That being said, there isn’t much difference between the record and how we do it live. Billy’s voice is run through an Organelle that I can manipulate live in the same way it is on the record. The arrangement is the same but in its own unique way each time we play it something new can happen. In these circumstances I aim to make the recorded version exciting for what it is at that moment. Five months from now that song may completely change! It’s one of those buggers.”

With characteristic humility about his music, Perry offered a shared element between his songs and his writing.

“I’ve always approached it with the idea that I’m not trying to be a rock star, I’m not really even trying for a music career per se,” he said. “It’s like, every time I write a book or give a reading I want people to understand that I’m fully invested; I care. So that was my approach with the music. I’m not there to wow anybody, but I am there to give them an honest, sincere performance as best I can with my limited palette.”

He elaborated on his description of “limited palette,” saying he doesn’t see the phrase as self-deprecation.

“Just stated as fact — these are the colors I have to work with,” he said. “Let’s make a heck of a thing out of these colors.”