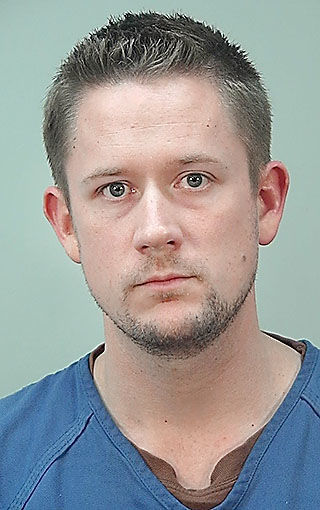 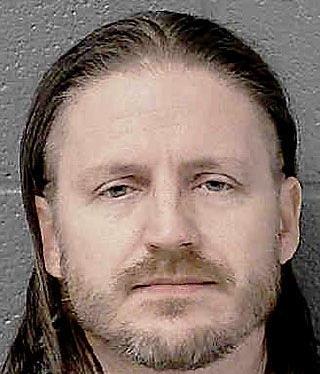 Peggs is charged with sex trafficking of a minor and making child pornography.

Paul Wilkes of Eau Claire, whose 7-year-old son is open enrolled at the Altoona Elementary School, said his first reaction was shock when he read the news on Facebook Thursday morning.

Charges against Peggs were unsealed Thursday, and the U.S. Department of Justice sent a press release to local media that morning announcing the indictment.

Wilkes defended the Altoona school district on social media on Thursday, saying the district could not have known about the incidents when Peggs began as superintendent in July.

Altoona school board president Robin Elvig said Thursday that board members did not know about the investigation into Peggs when they hired him, and that “extensive background checks” did not turn up anything.

Peggs was a middle and high school principal in Gilman as well as the school district’s athletic director from 2014 until 2016. It’s during that time that Peggs is accused of the crimes listed in the indictment.

“He has to answer for what he did, and they’re pretty serious allegations,” Wilkes said. “But I really wanted to send the message out to people, don’t hate the school district and system for it.”

Wilkes said his son looked up to Peggs as a role model. Wilkes and his wife plan to encourage and support their son in the next few weeks.

“Our healing process with our son is going to be, ‘We need to talk about it, but we don’t need to say (exactly) what happened,’ ” Wilkes said. “We let our son know, ‘you guys are safe … everything’s gonna be OK and you’re not in danger.’ ”

Peggs was driven to Madison for his initial appearance Thursday afternoon in a federal courtroom, where an attorney pleaded not guilty on Peggs’ behalf. He is still in custody.

A hearing is scheduled for 1 p.m. Monday to determine whether Peggs will continue to be held or released.

“I am very upset, as I am sure all other parents are,” Sammy Osborne of Altoona told the Leader-Telegram in a Facebook message Friday. “We need to do better for our children.”

Osborne received an email from the school district at around 10 a.m. Thursday, alerting parents to the news of Peggs’ arrest, she said.

Elvig said the Thursday morning email was sent to all parents, but may have accidentally been flagged as spam or junk email by some parents’ email accounts.

High school students had been gathered at a 10 a.m. assembly and informed of Peggs’ arrest — those students have access to their phones between classes, and the school district wanted to inform students before they saw the news on social media, said Principal Jim Reif.

At 11 a.m., Lisa Hedrington of Altoona picked up her high school freshman son and seventh-grade daughter from school and took them home.

Hedrington said Friday that she didn’t see the district’s email until after the assembly, adding that she’s upset the district sent an email to parents instead of calling.

“My kids were shocked. My daughter was really upset … my son feels like he can’t trust anybody anymore,” Hedrington said.

Hedrington kept her son and daughter home from school Friday. She added that she hopes Altoona teachers will be offered support services as well: “They trusted (Peggs), and they deserve better.”

“Our family trusted him,” she said of Peggs. “We need to just process that on our own.”

Altoona teachers were “shocked by the developments,” Greg Emerson, a teacher at Altoona Middle School, told the Leader-Telegram in an email Friday.

“We only know what we know and we will move forward as a school district,” Emerson said. “We have an amazing staff and community; people have reached out from all over to tell us they are thinking of us.”

In an emergency meeting Thursday afternoon, the Altoona school board named the district’s business manager, Mike Markgren, as acting superintendent.

As of Friday afternoon, the district had taken Peggs’ information off its website.

Fierce Freedom, an Altoona-based nonprofit working against human trafficking, said in a Facebook statement that they’ve offered to help the school district educate students, parents and teachers on human trafficking “when they are ready.”

The statement added: “Like every member of our Altoona community, Fierce Freedom is experiencing grief, frustration and sadness over the arrest of the Altoona Superintendent … we are praying for everyone involved and will continue the fight so that these types of crimes are eliminated.”

Peggs’ indictment alleges that between October 2015 and May 2016 Peggs recruited and maintained an underage girl, referred to as “Jane Doe 1” in the indictment, knowing this person would engage in a commercial sex act.

Furthermore, Peggs is accused of using the girl to engage in a sexually explicit act that was video recorded in December 2015 on an iPhone.

The U.S. Attorney’s Office did not specify where the incidents involving Peggs happened. The office said the victim is from Wisconsin but not from the Altoona school district.

However, officials would not specify her age when the incidents occurred or what part of the state she is from.

Peggs’ arrest is connected to similar charges against Bryan Lee Ragon, 43, of Charlotte, N.C., who was arrested the same morning in North Carolina, according to the U.S. Attorney’s Office in Western Wisconsin.

Ragon is director of IT systems at a Charlotte area engineering and construction firm, according to a LinkedIn page listed under his name. He is listed as having attended UW-Platteville from 2005 to 2010.

Ragon is accused of trafficking a minor in North Carolina, Wisconsin and elsewhere between Dec. 16 and 31, 2015.

Court documents say Ragon also transported a minor within Minnesota between Dec. 28 and 31, 2015.

A spokesperson with the U.S. Attorney’s Office in North Carolina on Friday declined to comment on what states Ragon’s charges stemmed from, and links between Ragon’s and Peggs’ cases.

In the same month Peggs is accused of using an iPhone to record a minor in a sexually explicit act — December 2015 — Ragon is accused of receiving child pornography, based on news releases about the two indictments.

Ragon appeared in federal court in Charlotte on Thursday morning and remains in federal custody.