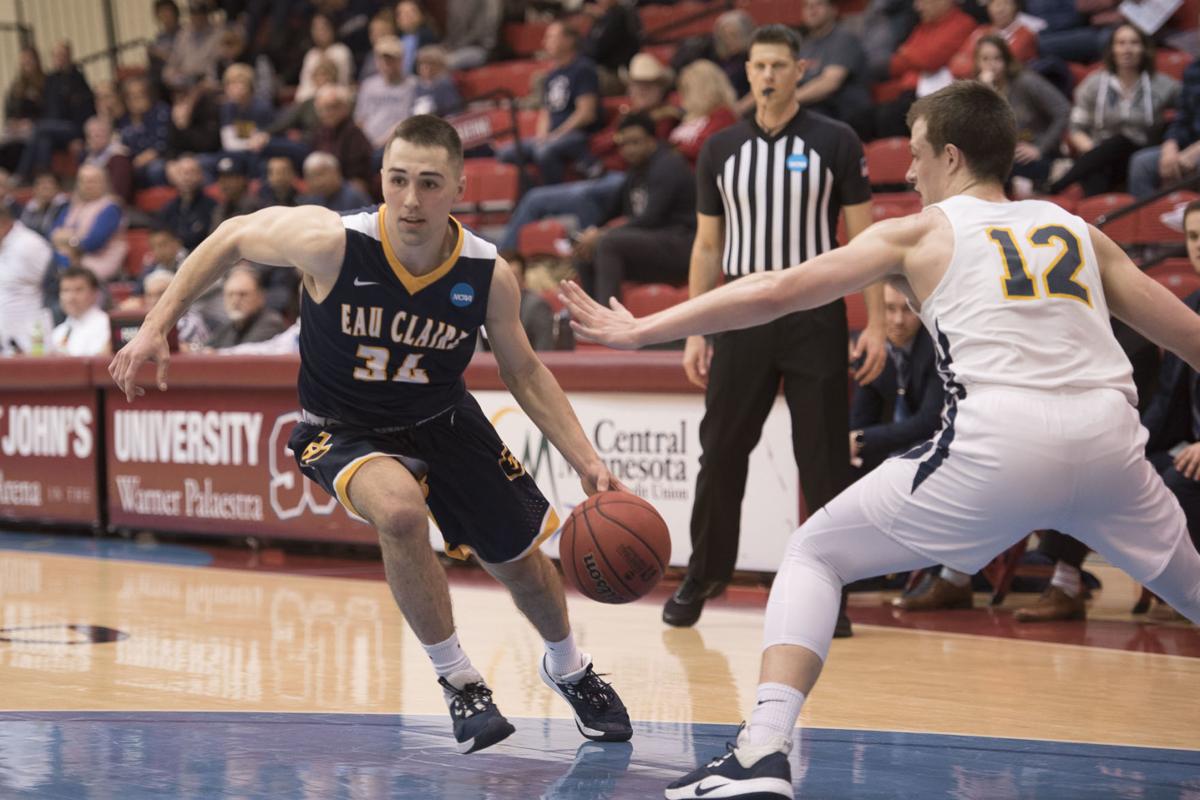 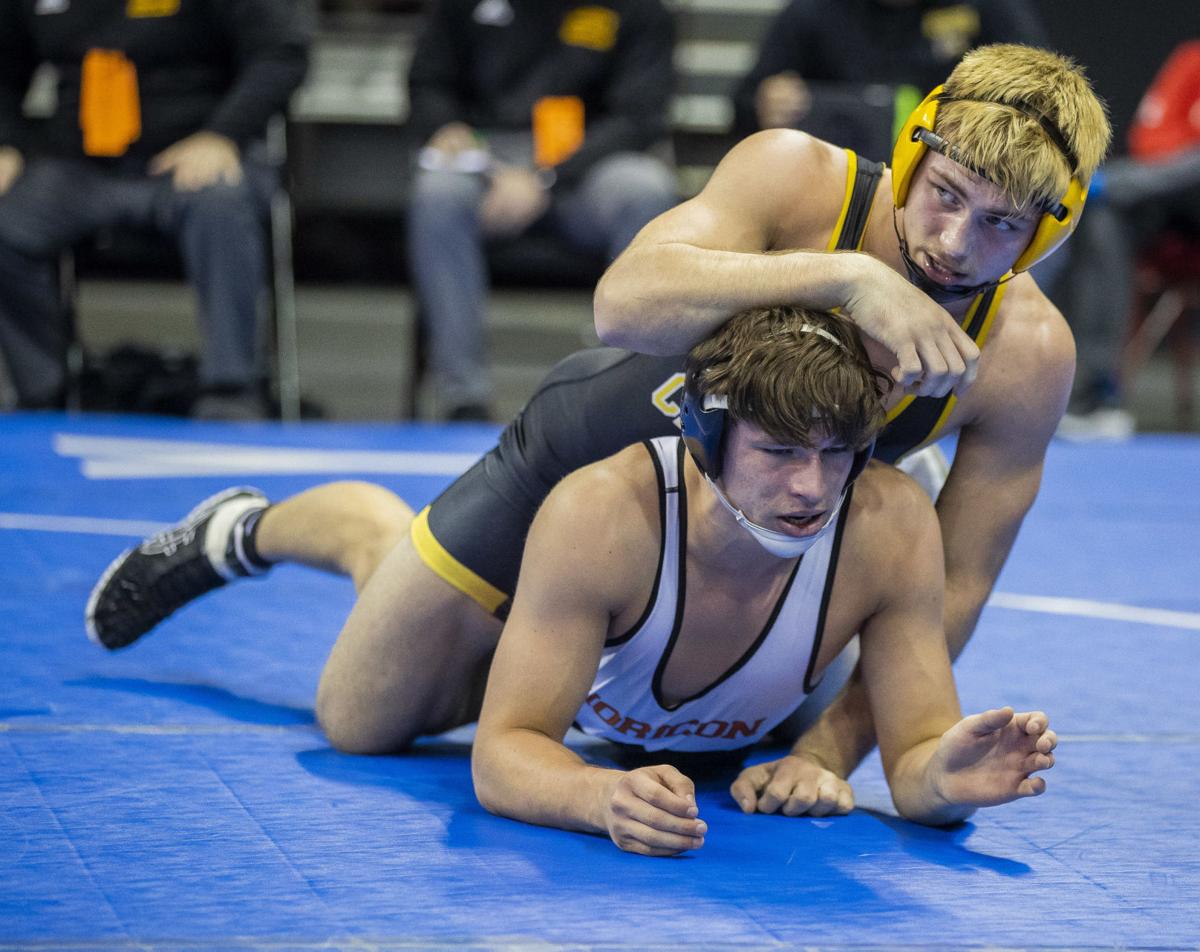 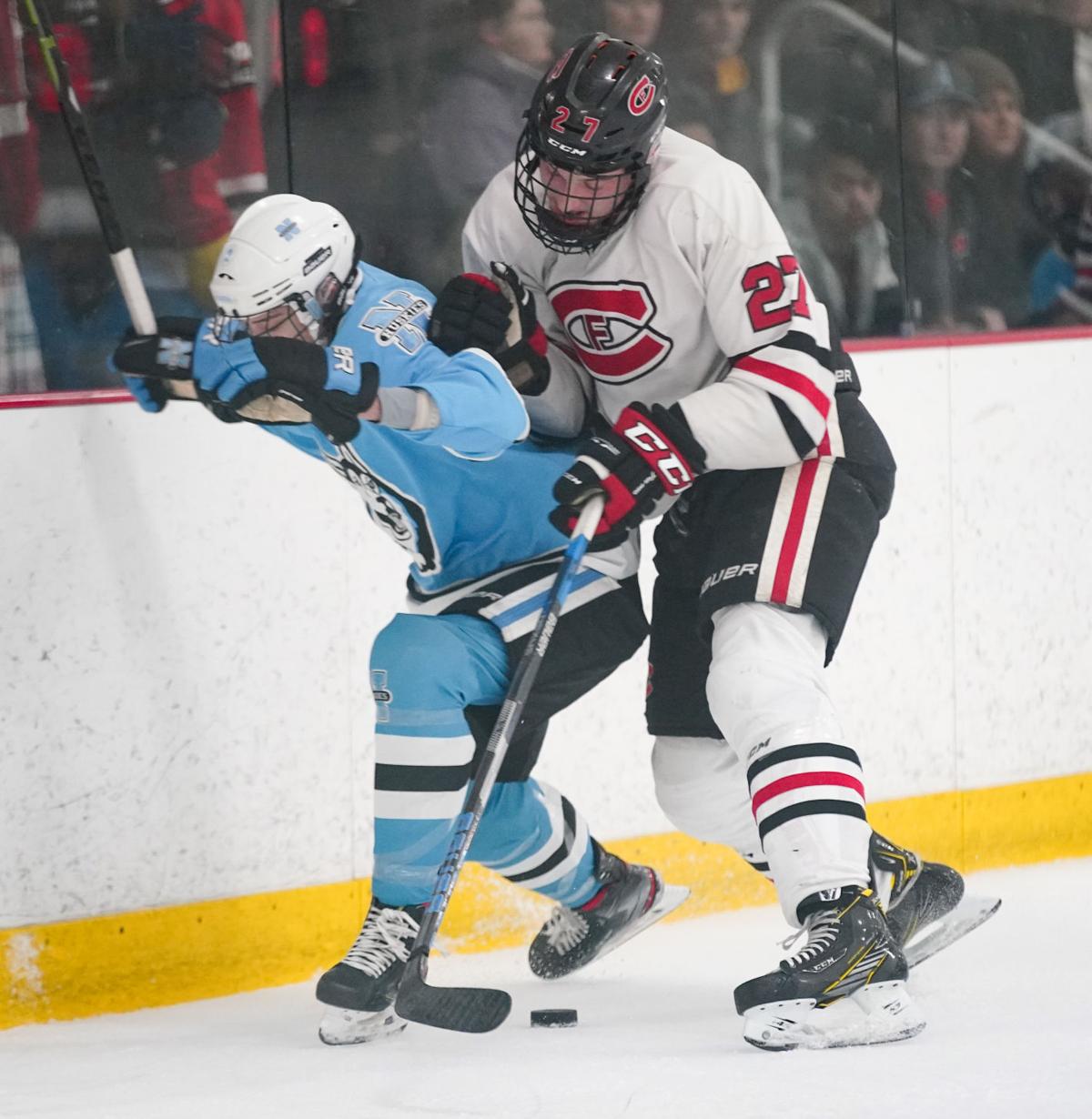 The COVID-19 pandemic affected nearly every part of our lives this year. And sports were no exception.

Countless area athletes lost opportunities to play, were forced to change plans and protocols and had to find new and creative ways to stay in shape with gyms and schools closed for long chunks of time. But even with sports largely non-existent for much of 2020, it remained an eventful year.

Following are the top ten sports stories of 2020 as determined by the Leader-Telegram sports staff:

1. COVID-19’s effect on the sports world

It started on March 12, when the NCAA canceled the remaining winter and all spring sports championships. UW-Eau Claire already had competitors going at the NCAA wrestling tournament and was prepping to compete at the indoor track and field championships after winning a men’s outdoor national title the year prior. The Blugolds’ men’s and women’s hockey teams were both set to compete in their respective tournaments with high expectations.

There haven’t been any WIAC games since, with the league set to return to action for winter sports in February.

Hours later the WIAA called off the remainder of the boys basketball playoffs, prematurely ending the season for McDonell and Blair-Taylor, as well as the girls basketball state tournament after action had already begun. In April, the WIAA canceled the entire spring sports season.

There was far less baseball played this summer in the Chippewa Valley than normal since the Eau Claire Express and Legion ball both sat the year out. The Chippewa River Baseball League called off its season a day before it was set to start, with some teams continuing with non-league schedules.

Prep sports returned this fall, but delayed and with some structural changes. The football playoffs were cut down to two levels and state championships eliminated. Volleyball teams saw their schedules cut, with multi-team events out of the picture. Wrestling is dealing with that same issue this winter, with teams only allowed to compete in duals once a week. Attendance at prep sporting events has nearly entirely been limited to parents and other close family members.

Eau Claire North and Memorial sat out the fall, moving those sports to the newly formed alternative spring, before returning to competition this winter.

With vaccines now being distributed, there’s a light at the end of the tunnel when it comes to sports returning to normal.

The messages in the Snapchat group included a picture of a cross burning at a Ku Klux Klan event and made reference to the university’s Black Male Empowerment group. “For all who can’t make the BME meeting, (name deleted) and I are holding WME tonight at 7,” a message reads, referencing a non-existent White Male Empowerment group.

The messages were condemned by UW-Eau Claire Chancellor James Schmidt and resulted in anti-racist rallies on campus as well as the formation of a Rapid Action Task Force. However, a UW-Eau Claire panel of faculty, staff and students found the players did not violate the UW System code of conduct, ending their suspension in September. This decision was met with backlash from members of the team and the newly formed task force.

UW-Eau Claire head coach Wesley Beschorner told the Leader-Telegram in October that the involved students were not with the team as it began practices this fall. The squad, like all fall Blugold athletic teams, did not play any games this year amid the pandemic.

Beschorner said the players agreed to take part in restorative justice efforts to rejoin the team in the future.

Stanley, who played his college ball at Iowa, has stayed close to home after being selected in the seventh round by the Minnesota Vikings in April. He’s spent this season on Minnesota’s practice roster.

“I’m super excited,” Stanley said on draft day. “It was a nerve-wracking day, but worth it for sure. This is pretty awesome.”

Stange, currently playing college hockey at the University of Wisconsin, was taken in the fourth round by the Detroit Red Wings in October in his second year as a draft eligible player.

“I didn’t really have a favorite team growing up,” Stange said following his selection. “It kind of became my team today. I think it’s really cool to be picked by an original six team, a team with history like that. The fans are going to be awesome there.”

Stange has notched four goals in ten games with the Badgers this season.

Three players with local ties made their first career MLB appearances in an unusual year for the sport, one which featured an abridged schedule and expanded playoff while mostly cardboard cutouts looked on.

Kyle Cody, a McDonell graduate, enjoyed great success after finally getting the call from the Texas Rangers in August. His move from the team’s alternate site to the main roster was the culmination of years of work after undergoing Tommy John surgery in 2018. He was considered one of the franchise’s top minor league pitchers before the surgery and looked the part in eight appearances this year, posting a 1-1 record and a 1.59 ERA in 22.2 innings.

Daulton Varsho, a former member of the Eau Claire Express and nephew of Express manager Dale Varsho, was considered one of the top catching prospects in all of baseball when the Arizona Diamondbacks brought him up this season. He got significant playing time as both a catcher and outfielder, suiting up for 37 games while hitting .188 with three home runs and nine RBIs.

JP Feyereisen represented the Big Rivers as a member of the Milwaukee Brewers. The former River Falls righty posted a 5.79 ERA and pitched 9.1 innings in six appearances with the Crew.

Andrew Urlaub, an Eau Claire Memorial graduate, established himself as one of the top up-and-coming ski jumpers in the country this year. He led Americans by placing 18th at the World Junior championships in Germany, a showing that helped him earn 2020 Ski Jumping Athlete of the Year honors from the U.S. Ski and Snowboard Association. His top performance came at Zakopane, Poland, when he jumped into fourth place and had the day’s longest jump of 135 meters or 437 feet in FIS Cup competition.

Urlaub’s year also included a nomination for the National Ski Team along with fellow Chippewa Valley natives Ben Loomis and Landon Lee. He’s a candidate for a spot on the 2022 U.S. Olympic Team that is scheduled to compete in China.

It was a stressful weekend for the Blugolds after falling 78-72 to UW-Oshkosh in the WIAC men’s basketball championship on Saturday, Feb. 29, when the team lost the opportunity to earn the league’s automatic qualifier for the NCAA Tournament. But less than two days after the final buzzer, UW-Eau Claire heard its name called anyways.

“As a coach, this is something you dream of for your players,” said Siverling, who was a student at UW-Eau Claire the last time the Blugolds were in the tournament. “To have this group get the opportunity to do this is something really special.”

Cole Rabedeaux scored 20 points, followed closely behind by Carter Brooks and Cam Kuepers with 18 each, as the Blugolds rolled to a 78-61 victory against Whitman in the first round. However, Saint John’s work in the paint was just too much a day later as the Johnnies ended UWEC’s season in the second round with a 78-69 triumph. In the end, the third round was canceled anyways due to the pandemic.

Spaeth is now wrestling at the University of Minnesota, and Brenner will soon follow him to Minneapolis next year.

There was a chance for an all-local matchup at both the Division 3 and 4 levels of the state volleyball tournament this year, a sign of the area’s prowess. Three teams from the Western Cloverbelt made the cut, McDonell, Fall Creek and Osseo-Fairchild, and two local schools, Immanuel Lutheran and Osseo-Fairchild, made their first ever appearance at the WIAA tourney.

This year’s state tournament featured an unusual format, with each of the four divisions playing at a different venue and both rounds being played on the same day.

McDonell, making its first state appearance since 2010, was the only local squad to make it to the state championship match. The Macks swept Prentice in the first round of the D4 tournament before falling to Catholic Central in the title bout.

“I think we’re all just grateful that we even had a full season,” McDonell’s Maggie Craker said. “Right now it hurts, but I think in a couple days we’ll realize what the big picture is and how good our season was.”

Two local hockey programs made the trip down to Madison this year thanks to the WIAA’s move to separate boys hockey into two divisions.

Chippewa Falls, which earned a spot in the Division 1 tournament, had to battle through a field dubbed the “sectional of death” to end a 21-year state drought. The division split meant hockey powers Wausau West and Hudson were added to a sectional already including the two Eau Claire schools and Chi-Hi. The Cardinals beat three teams that made it to state the year prior, including upsets of Wausau West and Hudson, in their playoff journey.

The state tournament brought an absolute heart-stopper for Chippewa Falls, a double-overtime thriller that went to eventual state champion Verona.

Rice Lake also needed a pair of upsets to compete in the first ever WIAA Division 2 state boys hockey tournament. The fourth-seeded Warriors upended No. 5 New Richmond, No. 1 Amery and No. 2 Hayward to earn their first trip to Madison since 2009. Unfortunately for Rice Lake, they also fell to an eventual state champion at the Alliant Energy Center in St. Mary’s Springs.

10. Longbella has memorable summer on the links

Thomas Longbella had dealt with his fair share of heartbreak at the Wisconsin State Amateur, most notably falling in a sudden-death playoff for the title in 2018. This year, though, he finally got over the hump.

Longbella, a Chippewa Falls native and McDonell graduate, won the event in dominant fashion this year in River Hills. He set a tournament record by finishing every round in the 60s to finish 10 strokes ahead of the competition.

His success continued at the State Open, where he finished fifth, and he came close to qualifying for this year’s PGA Tour 3M Open in Blaine, Minn.

In no particular order: