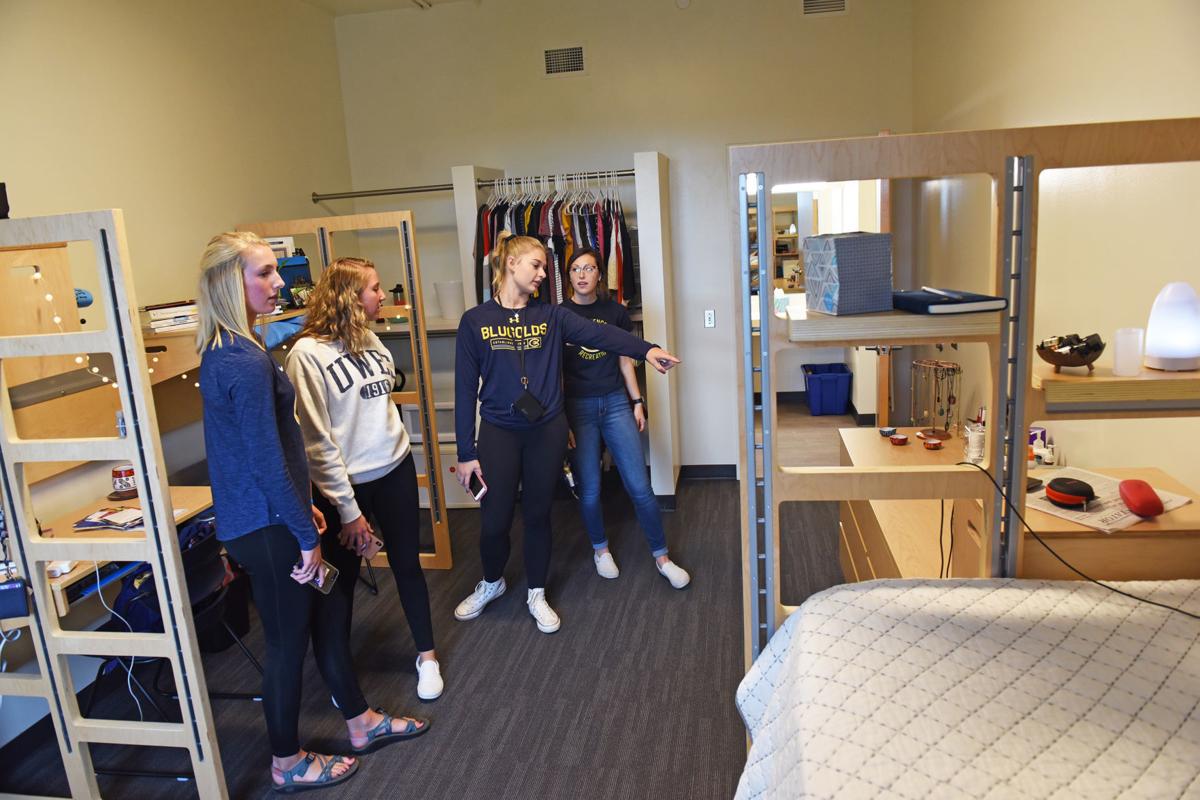 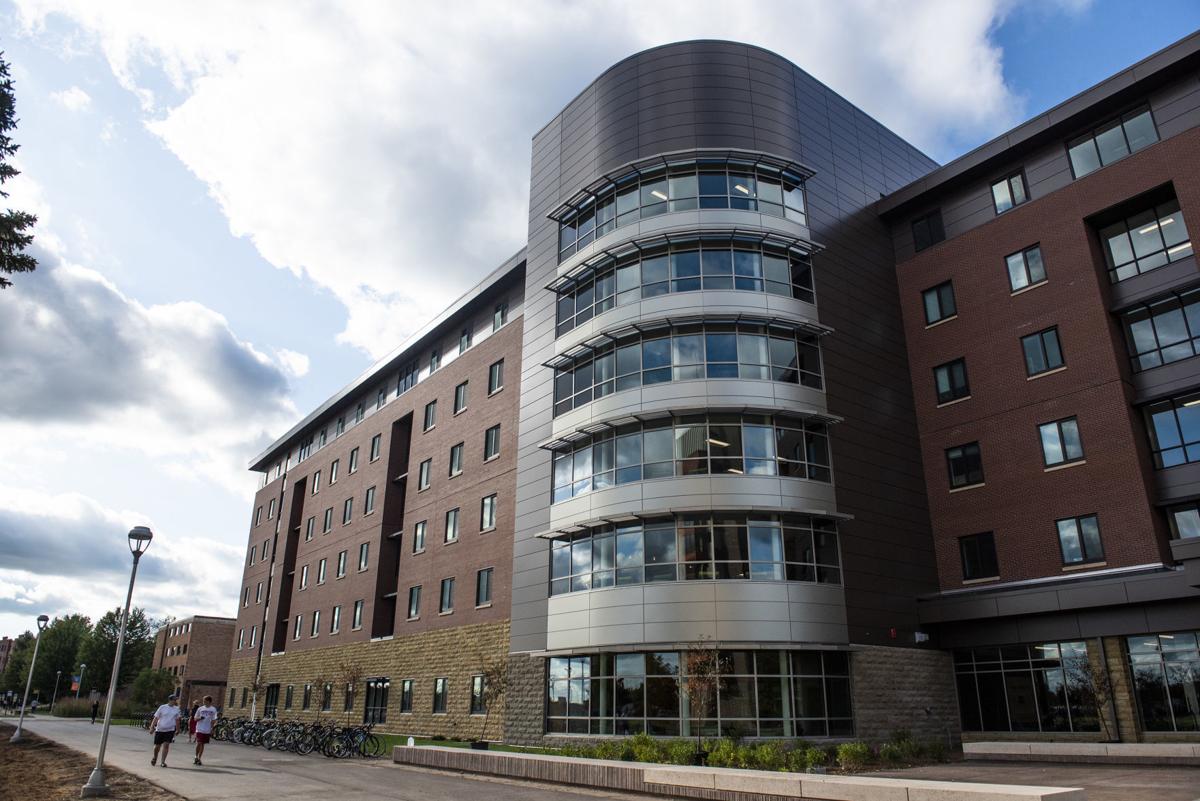 UW-Eau Claire held a formal opening of its newest residence hall, The Suites, on Friday. The building will add 432 student beds to campus.

UW-Eau Claire held a formal opening of its newest residence hall, The Suites, on Friday. The building will add 432 student beds to campus.

The $35 million building is the university’s first “suite-style” residence hall, with four students per unit in either single or double bedrooms. The units don’t have a kitchen, but each has a private bathroom, said Quincy Chapman, director of housing and residence life.

The new hall, located on the upper campus, is funded through student housing fees, Schmidt said. Students moved in for the first time this month.

The building is easing cramped university housing and shortages of bedrooms for students, he said.

“For more than 40 years our campus has suffered from a chronic shortage in student housing, resulting in the use of study lounges and every available nook and cranny to maximize the number of students we could squeeze into our residence halls,” Schmidt said. “We also routinely use hotels to house hundreds of students at a time.”

No UW-Eau Claire students were placed in hotels this year, Chapman said Friday.

The Suites also lets the university renovate the upper-campus, 310-bed Governors Hall, slated for 2020-21, without displacing students. Chapman said: “It addresses immediate shortages, but it also gives us a little wiggle room to do some renovation in the future.”

A past study suggested the university should have 4,700 student beds, but after more exploration, the university is aiming for between 4,700 and 5,000 beds, Chapman said.

The addition of The Suites brings its number up to 4,200. About 100 beds will be affected while Governors Hall is renovated, Chapman said.

While crews are still completing a few projects in the building, the final touches are cosmetic, Chapman said: paint touch-ups, decorative treatments and details related to special room locks. He expects that work will be completed within several days, he said.

The hall, at 642 University Dr., hosts 432 students. It’s available to transfer and upperclassman students, according to the university. A meal plan is required for all students who live there.

In addition, the building has air conditioning, music practice rooms, a fitness room, a lobby lounge with a fireplace, game room and meeting rooms.

For a nine-month academic year contract from 2019 to 2020, students living in The Suites will pay $5,400 to share a bedroom in a four-student suite, according to the university’s website.

A state building commission approved the new residence hall in June 2017; the university broke ground on The Suites in February 2018.

The building’s name will remain The Suites, though the university could later choose to rename the building in honor an individual, Chapman said.

The university was also slated to wrap up renovations in the Towers North residence hall this fall as part of a two-building renovation that began in fall 2017 at Towers South, assistant chancellor for facilities and university relations Mike Rindo said in July.