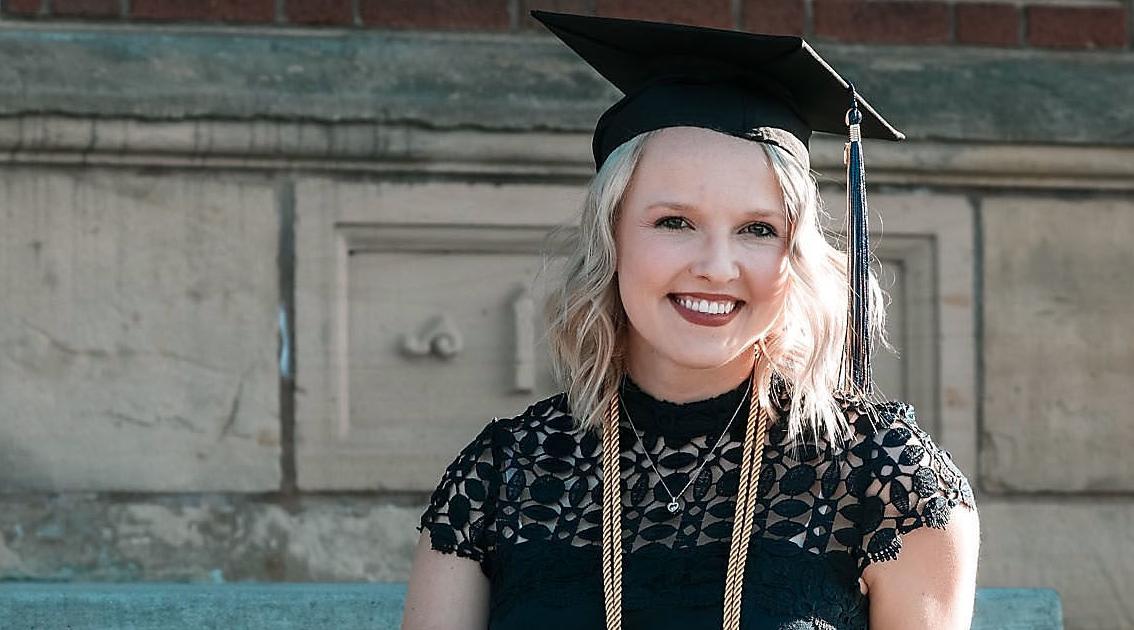 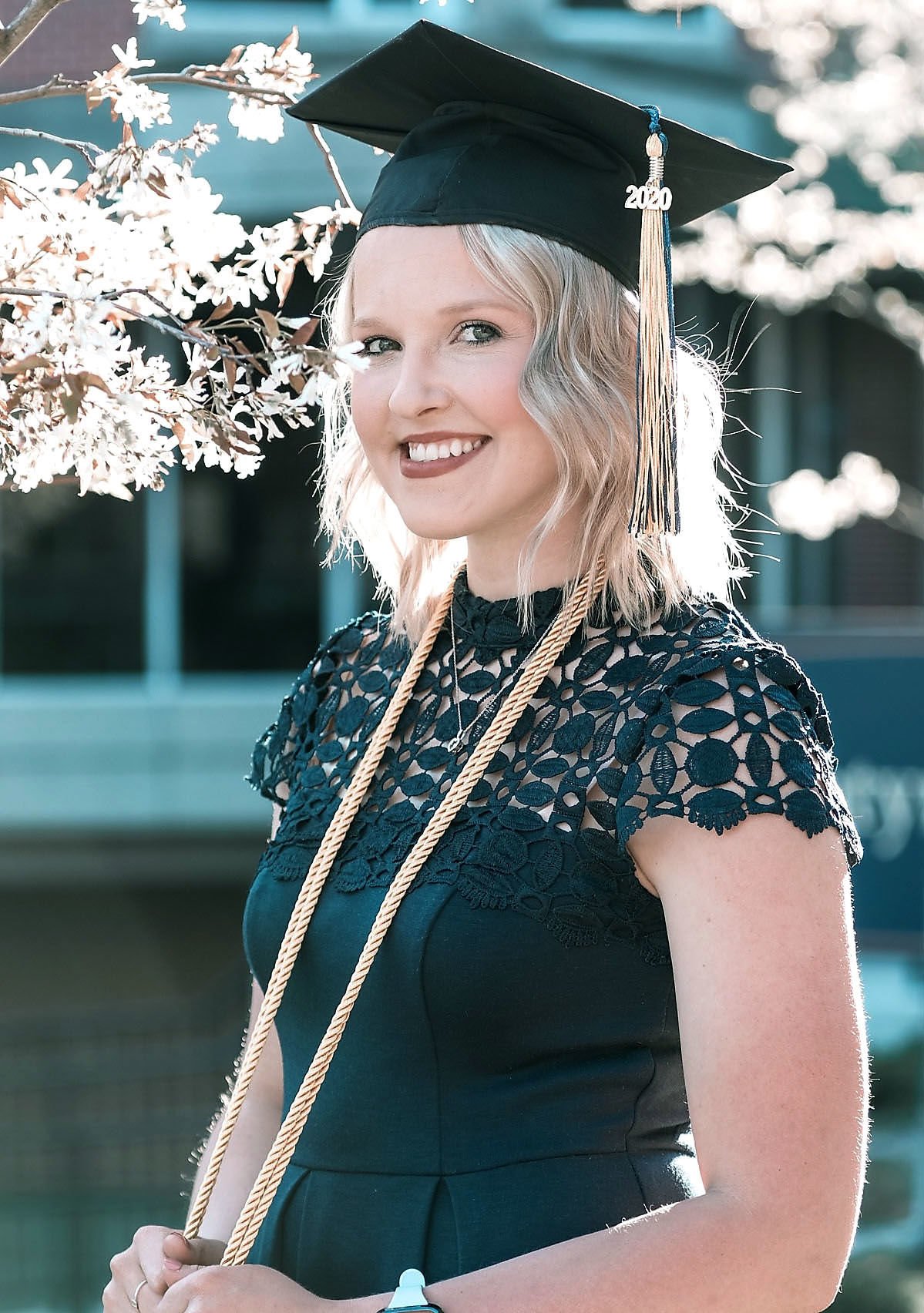 Janelle Peterson will graduate with a criminal justice degree this week. She is one of 1,433 graduates this semester from UW-Eau Claire.

Janelle Peterson will graduate with a criminal justice degree this week. She is one of 1,433 graduates this semester from UW-Eau Claire.

A first semester criminal justice course changed her mind, however. During that class early in her college career, a lecture slide mentioned victim advocates, which piqued her interest.

Peterson took an immediate interest in the topic and eventually dove all in to the course of study, switching her major to criminal justice. Fast forward less than four years, and Peterson has already worked full time for several months as a victim witness specialist in the Eau Claire County District Attorney’s Office.

A Cameron native, Peterson is one of 1,433 UW-Eau Claire graduates this semester. A ceremony originally scheduled for Saturday was moved back to Oct. 2 because of COVID-19. Peterson will have a small gathering with her boyfriend and family to mark the celebratory occasion.

After seeing the presentation on victim advocates, Peterson asked her professor how she could learn more about the field. She eventually shadowed Jessica Bryan, victim witness coordinator/supervisor in the DA office.

Peterson enjoyed the experience and found Bryan excelled at her job.

“I wanted to be just like her,” Peterson said.

Bryan recalled meeting Peterson and said she seemed pleasant and eager to learn. Bryan encouraged her to volunteer with the office’s crisis response program, and Peterson enjoyed doing that six hours per week. She eventually worked her way up to a part-time job and began a full-time role this January while still in college.

The profession appealed to Peterson because she likes being there for people, whether it’s the best or worst day of their lives. She also enjoys that each day on the job brings something new.

“It’s not something you get bored of,” Peterson said.

Eau Claire County District Attorney Gary King met Peterson when she worked as a volunteer and was impressed with her abilities.

“Janelle performed her duties as if she was a seasoned specialist in the office,” King said in an email.

Peterson has always felt protective of others, and she called it unique to work with people often going through one of the lowest points of their lives and helping them understand the process ahead of them.

“There have been several instances where I have worked with individuals who simply need someone to listen to them,” Peterson said in an email. “It always amazes me that by providing such a simple thing, I can have a big impact on their day or even life.”

Coronavirus has forced changes to her job and education. For the past couple of months, Peterson worked eight hours from home and then completed her online schoolwork in the evening. She said it has been difficult to not see professors or classmates in-person during the final stretch of her collegiate career, particularly because no one knew that mid-March would mark their final day on campus.

Juggling work and student responsibilities did not always come easily, but Peterson credited her family and boyfriend with supporting her over the past four years. Peterson’s work and classes helped inform each other, and she is now fully committed to what she called her dream job. She plans to stay in the area for a long time.

There were times when Peterson didn’t know if she would graduate. That experience was particularly difficult during her sophomore and junior years when her father faced stage 4 colorectal cancer, the most advanced type. She spent several weeks in the hospital, and at several points, doctors weren’t sure if Peterson’s father would live. He ultimately recovered and the cancer is now in remission.

Bryan, who is now Peterson’s supervisor, had never had a college student work in her office before, but Peterson impressed her enough and already had a wealth of experience that it made sense to offer her a full-time role. Bryan said Peterson is fun to be around but takes her role seriously. She added that Peterson is inquisitive, has a welcoming, comforting personality, is a good listener, possesses patience and is receptive to constructive criticism.

Bryan appreciates that Peterson enjoys her line of work and wants to stay in the area. Bryan and King expect Peterson to continue growing in her role.

“We are fortunate to have her as part of our staff,” King wrote. “She is extremely skilled, a team player, and someone who has a future defined only by her own career goals.”

Peterson did not anticipate the path her collegiate career would take her on, and it involved myriad challenges, but she appears to have found her calling.

UW-Eau Claire has 1,433 graduates this semester. A commencement is slated to take place Oct. 2. It was originally scheduled for May 23 but delayed due to COVID-19.