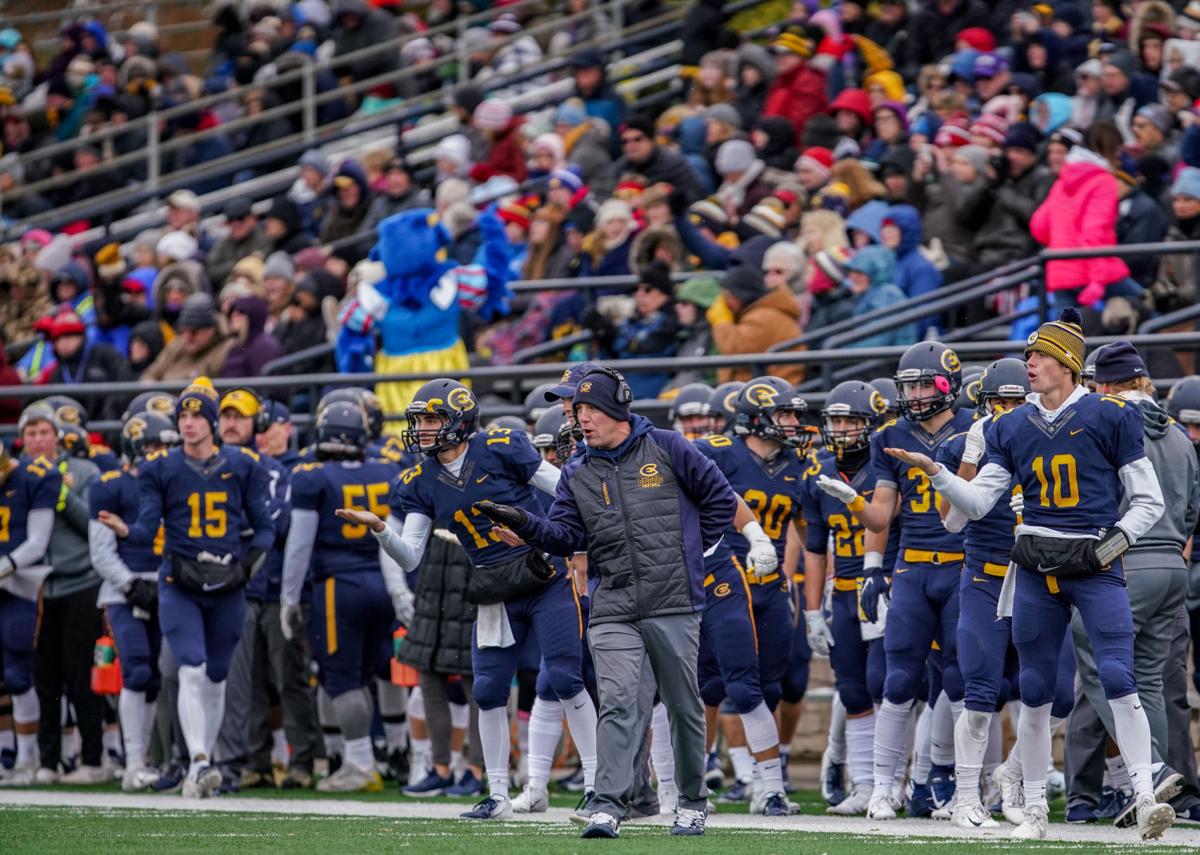 UW-Eau Claire head football coach Wesley Beschorner, middle (in jacket), and the Blugolds bench send a signal to the huddle during a game against UW-River Falls on Oct. 12, 2019 at Carson Park in Eau Claire. 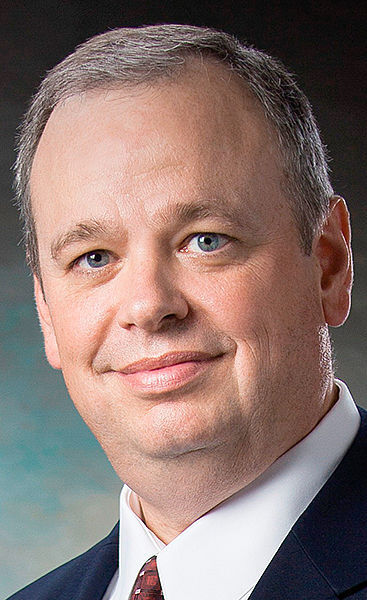 EAU CLAIRE — A UW-Eau Claire panel found that five Blugold football players did not violate the UW System code of conduct for a racist group discussion on Snapchat.

The university announced Tuesday evening that a panel of faculty, staff and students delivered its final judgement, which ends the student athletes’ suspension from the team.

“Based on the outcome of the judicial process, these five men will be allowed back on the team roster,” football Coach Wesley Beschorner said in a statement released by the university. “We have strongly urged them to participate in restorative justice activities if they want to truly be part of our team. We are committed to fighting racism through education and action.”

The team is not playing football games this season following the Wisconsin Intercollegiate Athletic Conference’s decision in late July to cancel the fall sports season.

Chancellor James Schmidt responded Tuesday to the decision that closes the case.

“While we accept the ruling of the panel, it is NOT acceptable behavior for Blugolds to act in a racist manner,” he said in a written statement.

Schmidt continued by saying the football team faces hard work of rebuilding trust and the entire university must take on the challenge of being better.

The five players, who the university has not identified citing the federal Family Education Rights and Privacy Act, were suspended in November when a discussion among them using social media service Snapchat was leaked and became public.

“While the context of the ‘Snapchat Case’ is up for interpretation and we feel no personal malice towards those involved, the imagery and verbiage used in this incident were appalling,” Beschorner said.

The Snapchat conversation among the players included a picture of a cross burning at a Ku Klux Klan rally. Accompanying the photo was the comment, “For all who can’t make the BME meeting, (name deleted) and I are holding WME tonight at 7.” (WME referred to a nonexistent White Male Empowerment group in contrast to the actual Black Male Empowerment group on campus that includes numerous Black football players.)

Others responded to the initial message by asking if the cross would still be burning if they’d arrive a few minutes late to the WME meeting.

The casual usage of racist imagery in a conversation that also mentioned a campus minority group created an uproar among students and faculty last fall, leading to rallies seeking change in the campus culture. One outcome of that was a 16-member task force formed by the university to respond to racist incidents on campus. That group made several policy recommendations in February, including the creation of a restorative justice program and new equity, diversity and inclusion training programs for students and employees.

The player said members of the team have previously reached out to university leadership to discuss the matter, but received little communication about the investigation and what could be done.

Vice chancellor for equity, diversity & inclusion and student affairs Warren Anderson said in the statement “facts in this case shows that there was a serious lapse in judgement,” but he added that does not represent other athletes or the university as a whole.

“While there are some that will not agree with the outcome of this case, we must progress in a manner that moves the institution forward,” Anderson stated.

That includes an external review of the athletics program and its policies, which is already underway. Several university-wide efforts related to equity, diversity and inclusion also are in progress, including initiatives recommended by the task force.

As for the football team, the Blugolds player said it wouldn’t be impossible for the five subjects of the investigation to achieve restorative justice. However, he added that it may be difficult to repair relationships that were affected by the incident.