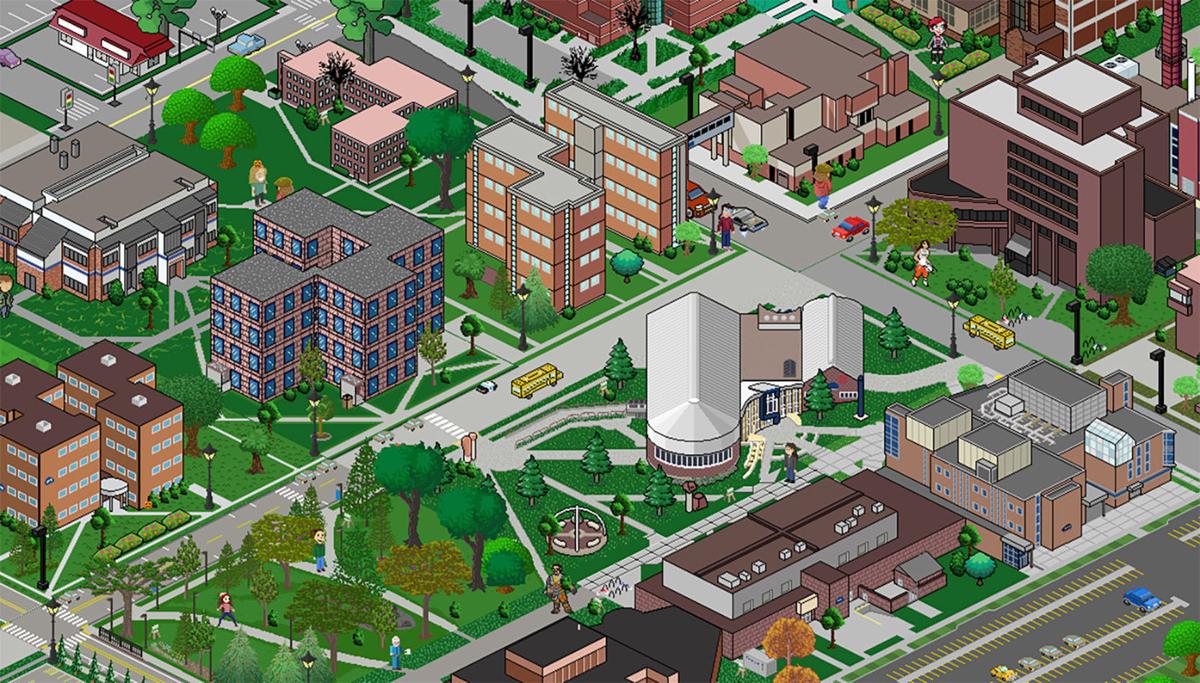 UW-Stout art students created a game-style map of the Menomonie campus this fall. The map includes more than 500 layers of content. 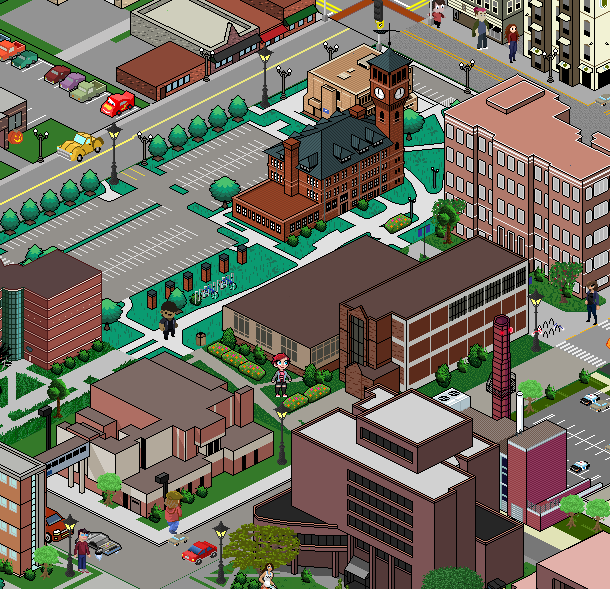 Students in UW-Stout’s pixel and vector art class created avatars of themselves that were spread around the campus map they designed.

UW-Stout art students created a game-style map of the Menomonie campus this fall. The map includes more than 500 layers of content.

Students in UW-Stout’s pixel and vector art class created avatars of themselves that were spread around the campus map they designed.

People attending a UW-Stout gaming event Wednesday night could be forgiven if they gazed at a giant campus map on display and thought for a moment the Menomonie campus was actually part of a video game.

That was the idea behind a mapping project recently completed by a group of UW-Stout art students.

Students in the university’s pixel and vector art class showed off a 6-by-3-foot printed poster of their game-style map of the UW-Stout campus at Wednesday’s Stout Game Expo, SGX. The expo featured opportunities to play student-created video, tabletop and arcade games, including some incorporating virtual reality.

The map, created by 42 students, involved re-creating the 45 campus buildings, streets, sidewalks, vehicles, foliage and other features from a bird’s-eye vantage point in a style similar to a video game.

“I think it was terribly successful,” said Karl Koehle, the game design and development instructor who teaches the class that completed the complex mapping project. “We got a great reaction across campus.”

Koehle explained that students each were assigned to create multiple tiles depicting the buildings and other campus physical features, and then he used tools and techniques commonly used in production to combine them into a final map with 507 layers of content. One student even snuck in a layer including a UFO.

"Looking at the final product, I’m so proud of what we all accomplished," said sophomore Syd Simonis. "Each and every one of us sees the campus in a different light — the final campus map shows all our perspectives at once to capture all the character that our school has to offer."

In addition to the artistic creation, the project gave students opportunities to work on troubleshooting and collaboration — key skills needed in the gaming industry.

"I learned a lot about teamwork through this project because even though each of us was focusing on our own sections, in the end, we were all creating puzzle pieces that had to eventually fit together," Simonis said. "This meant that roads had to match up, people who had neighboring tiles had to discuss who was drawing what, and so on."

Koehle said the campus map was an ideal avenue for students to apply their artistic talents to the world around them.

“Re-creating the campus seemed to provide the best opportunity for students to work on their art skills, learn about their environment and practice interpersonal communication, all while working on a meaningful project,” Koehle said.

As part of the project, students also were asked to create an avatar of themselves that could be animated when hooked up to a controller, just as characters in actual video games.

The students created everything on the map at the pixel image, he said, adding, “They placed every pixel dot by dot.”

Simonis was assigned to translate the UW-Stout heating plant, a parking lot and surrounding fields into pixels.

"I really enjoyed looking at our campus from a new perspective, walking around with friends and taking pictures of the buildings to make sure we got the details just right," Simonis said.

Students met with a representative of the university archives department during the early part of the class to learn about the history of the buildings they were re-creating and since have come full circle.

“We submitted a print to the university archives, so now our map is part of UW-Stout’s permanent record,” Koehle said, noting that the image eventually will be available on the campus website.

UW-Stout’s game design programs, in computer science and art, have been ranked in the top 25 in the nation for the past six years, according to the university.