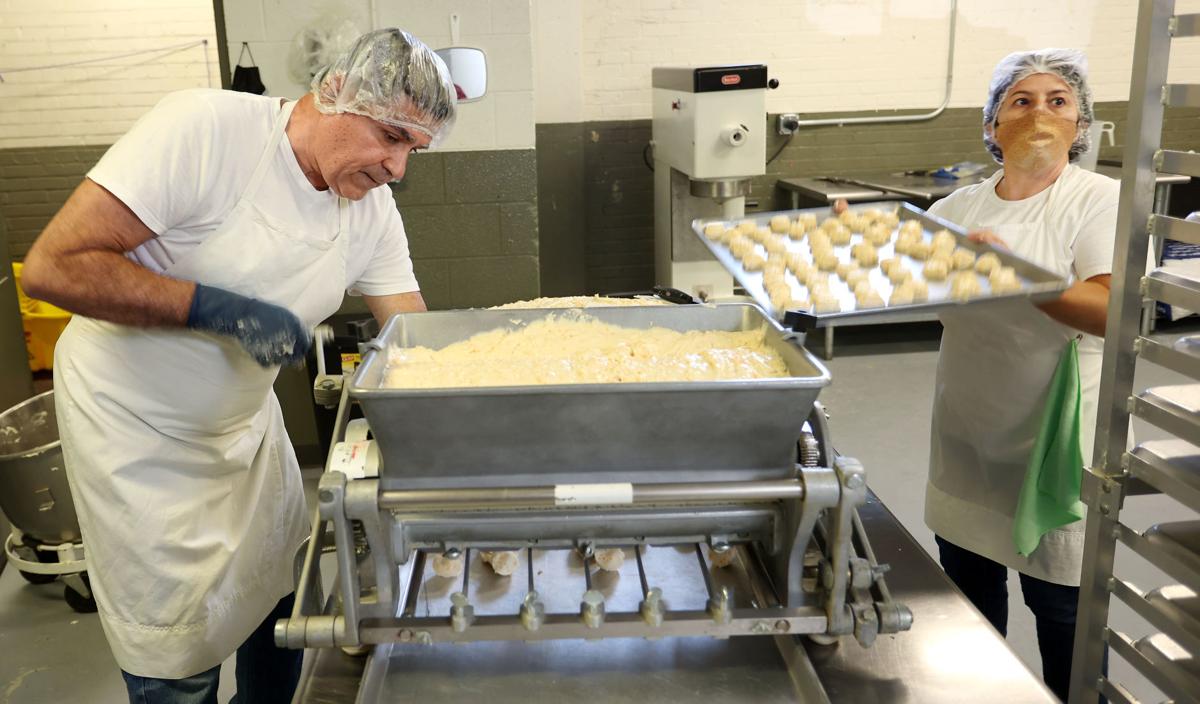 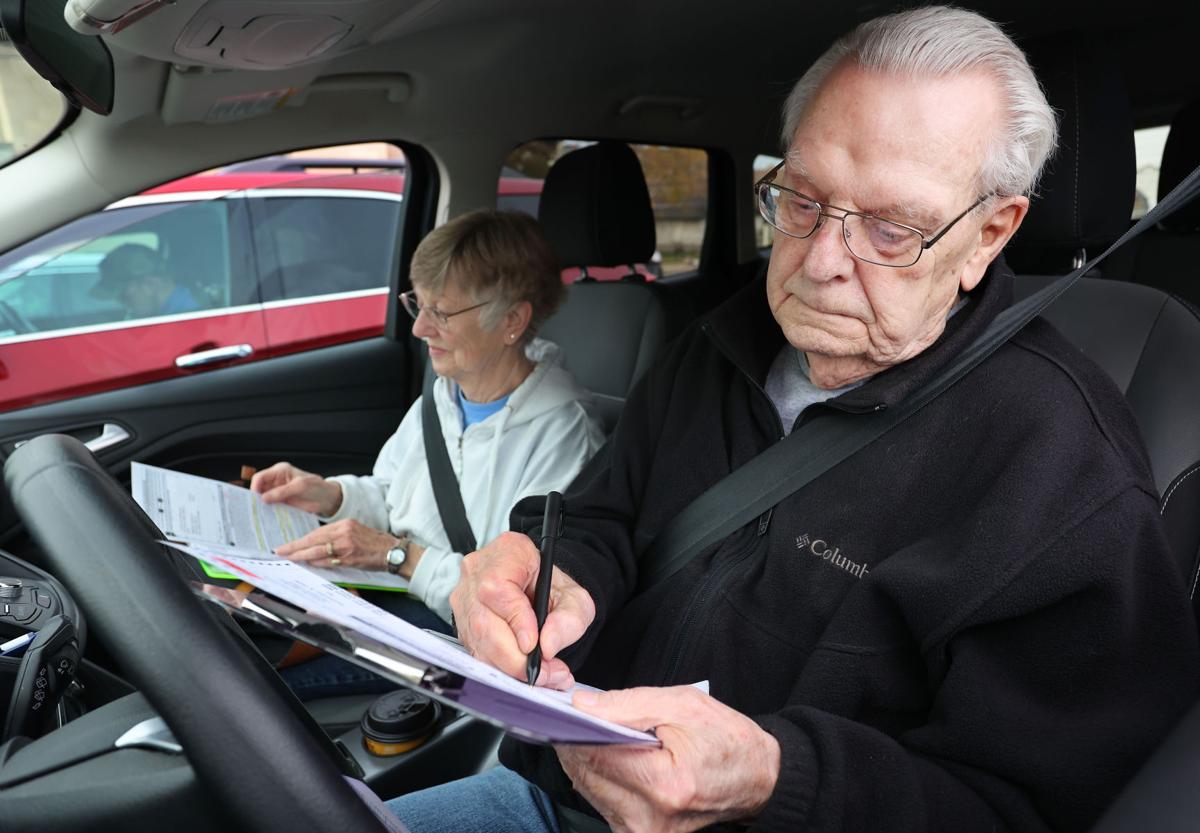 John Barstad and Carolyn Gabrielsen Barstad use Eau Claire’s drive-thru voting to cast absentee ballots from the comfort of their own vehicle Tuesday at City Hall. They waited nearly an hour to vote but wanted to avoid in-person voting due to COVID-19. 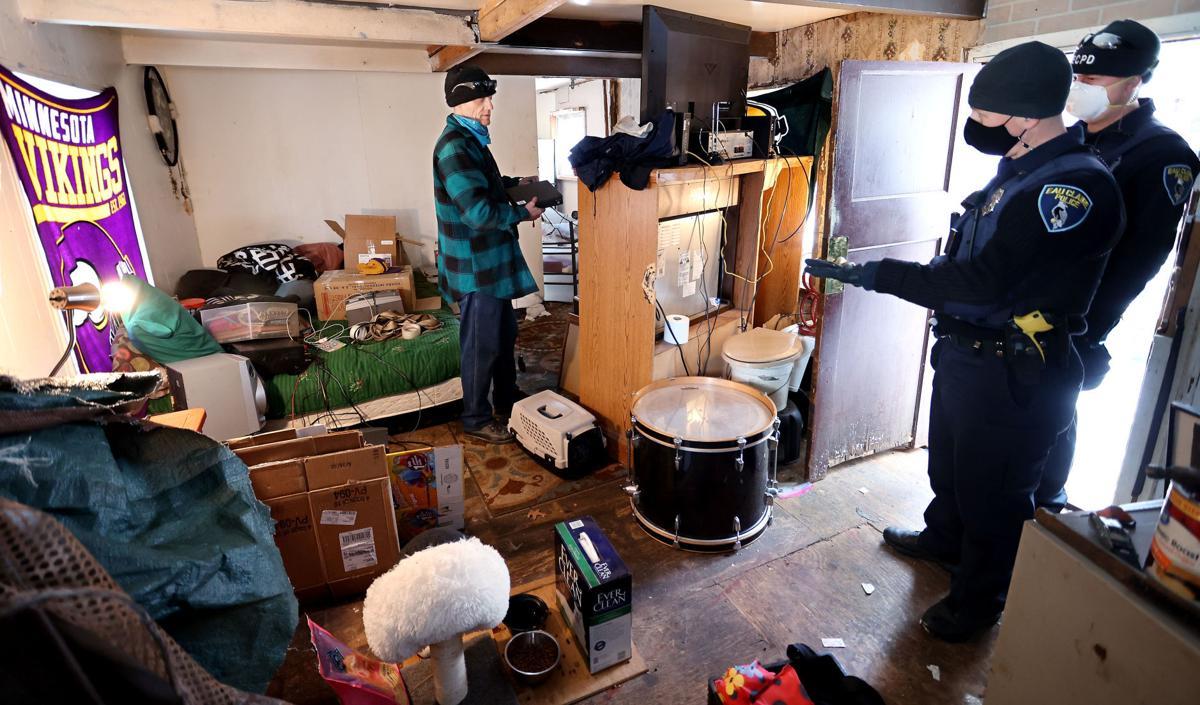 Eau Claire police officers reminded Richard Hovde, a four-year resident of Maples Mobile Home Park in Eau Claire, that the power was being turned off and that he needed to be moved out by noon Monday. Hovde was going to move in with a friend and put most of his belongings in storage. The park has been sold to Ferrell Equipment & Supply, which operates a business next door to the trailer park. View more photos at LeaderTelegramPhotos.com. 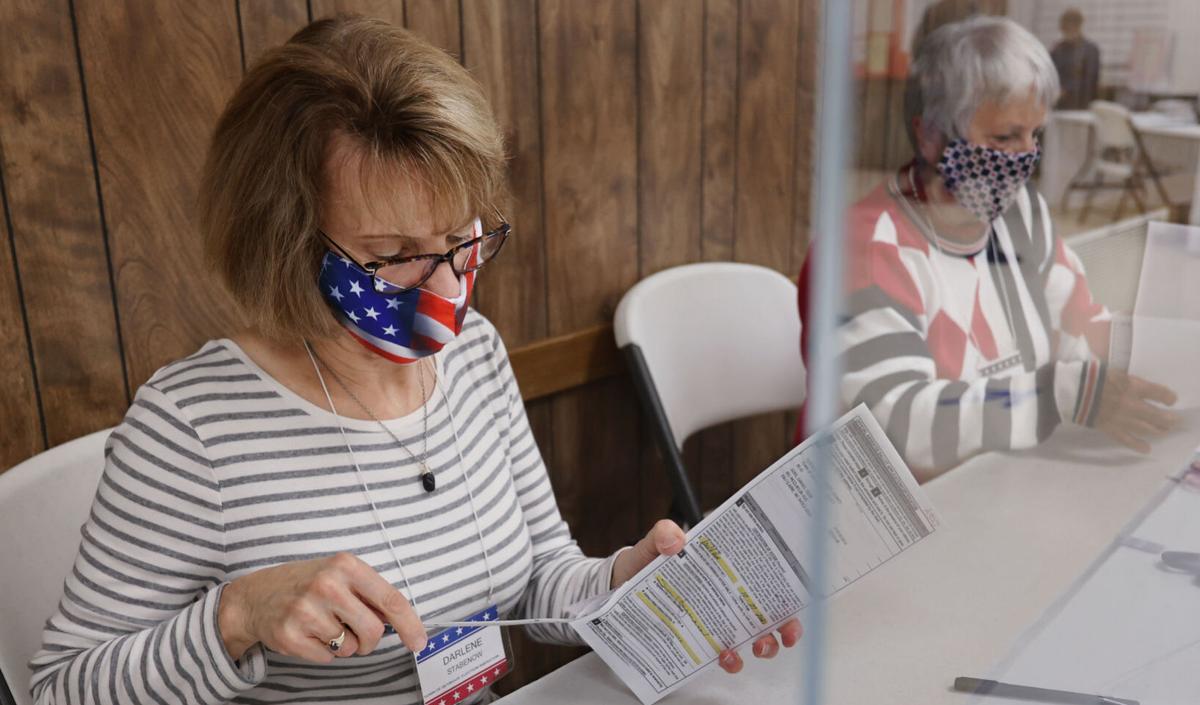 Poll worker Darlene Stabenow, foreground, opens and reads the name and address on the absentee ballots before they are tabulated Tuesday at the Seymour Town Hall. View more photos at LeaderTelegramPhotos.com. 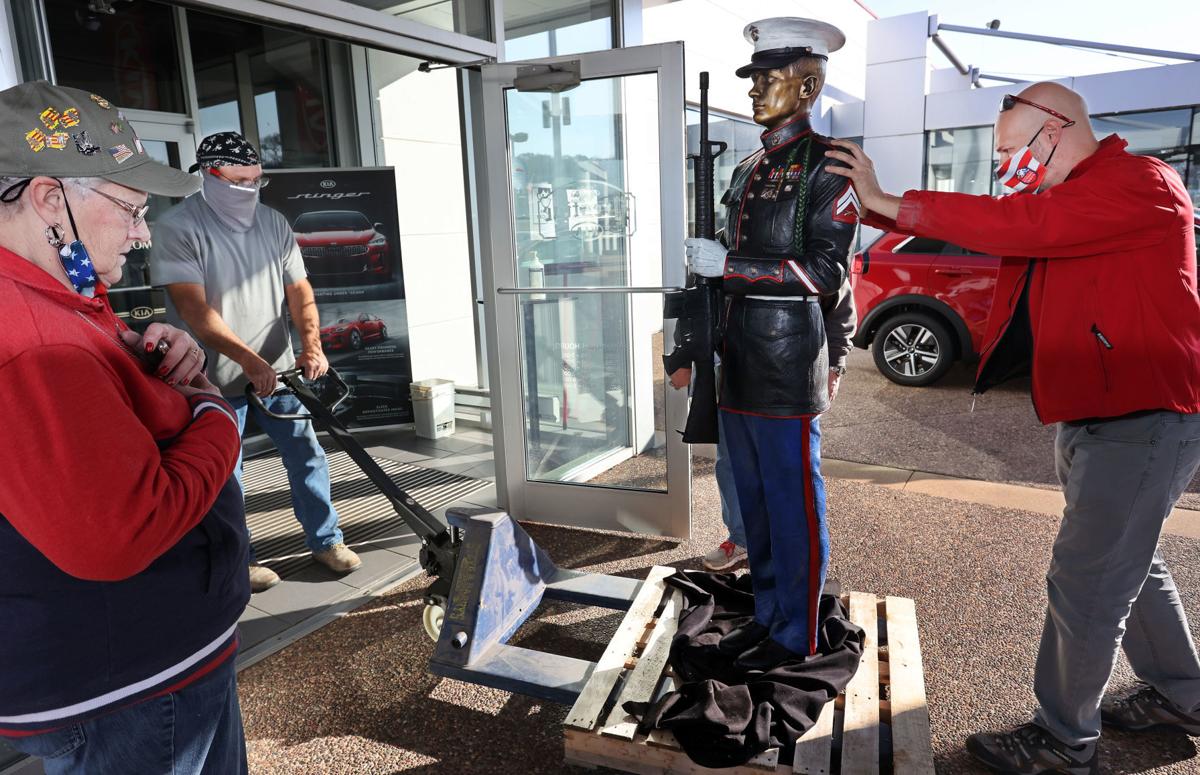 Kaye Olson, a Gold Star mother from Eau Claire, watch as Daniel Karo, left, and sculptor Sutton Betti wheeled a bronze Marine statue into Prestige Auto in Eau Claire on Thursday. The statue’s uniform is replicated after Olson’s son Andy Stevens, who was killed in Iraq in December 2005. The statue is one of three on display in Eau Claire throughout the winter before they will be formally installed at the Chippewa Valley Veterans Tribute in Altoona in spring 2021. View more photos at LeaderTelegramPhotos.com. 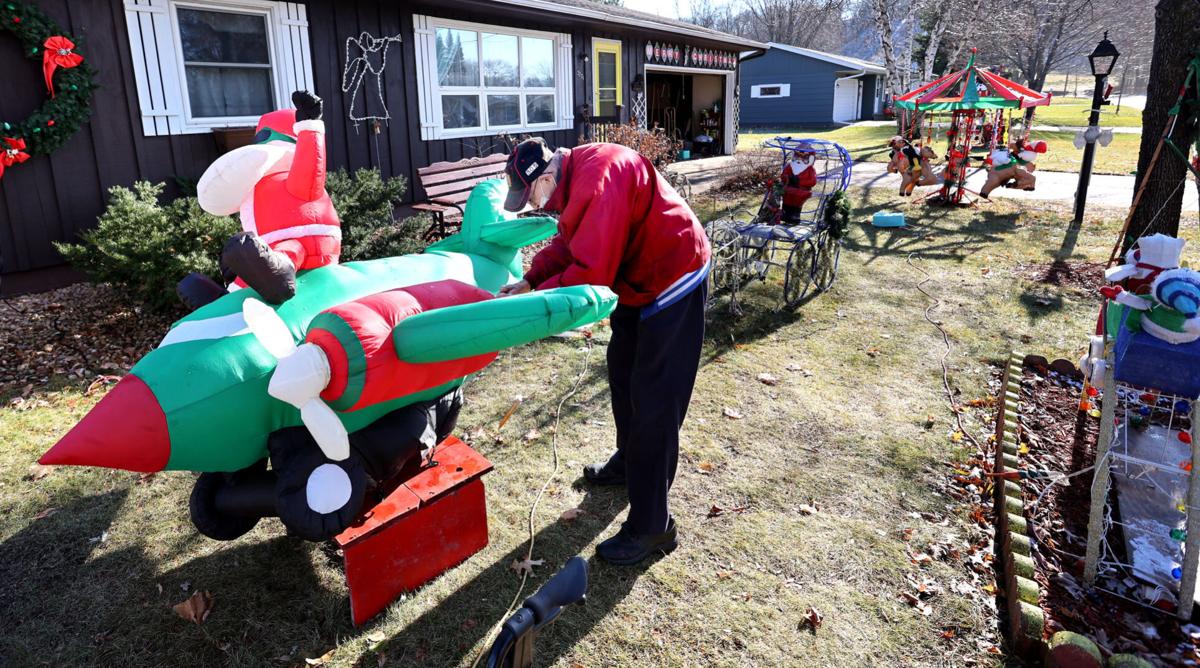 Bill Bauer, 94, of Eau Claire finishes decorating his yard on Wednesday for the holidays. Previously a longtime Chippewa Falls resident, Bauer has been turning his lawn into a festive winter holiday scene since 1950. View more photos at LeaderTelegramPhotos.com.

An artist rendering shows the exterior of the proposed new Children’s Museum of Eau Claire at 126 N. Barstow St. 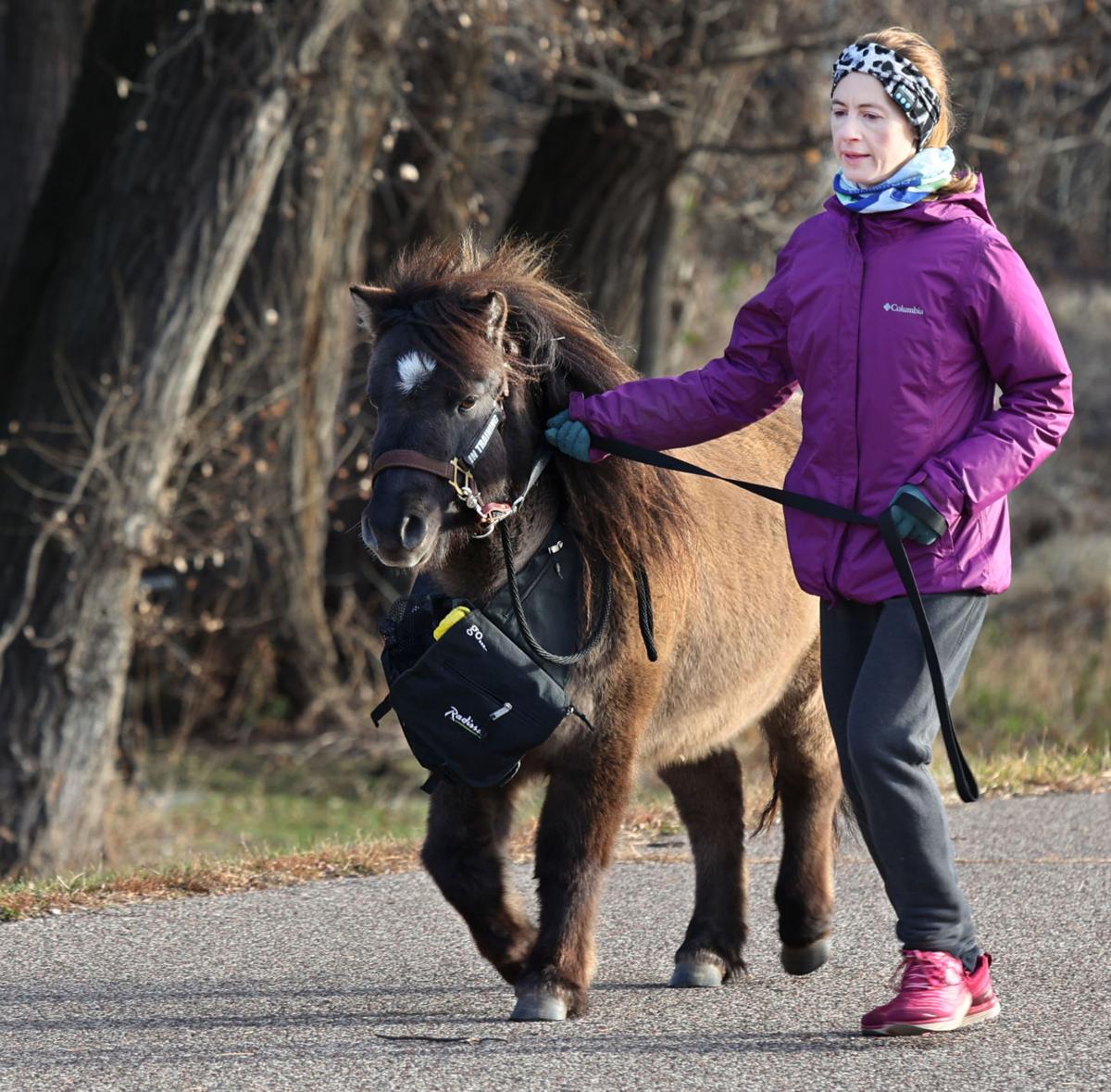 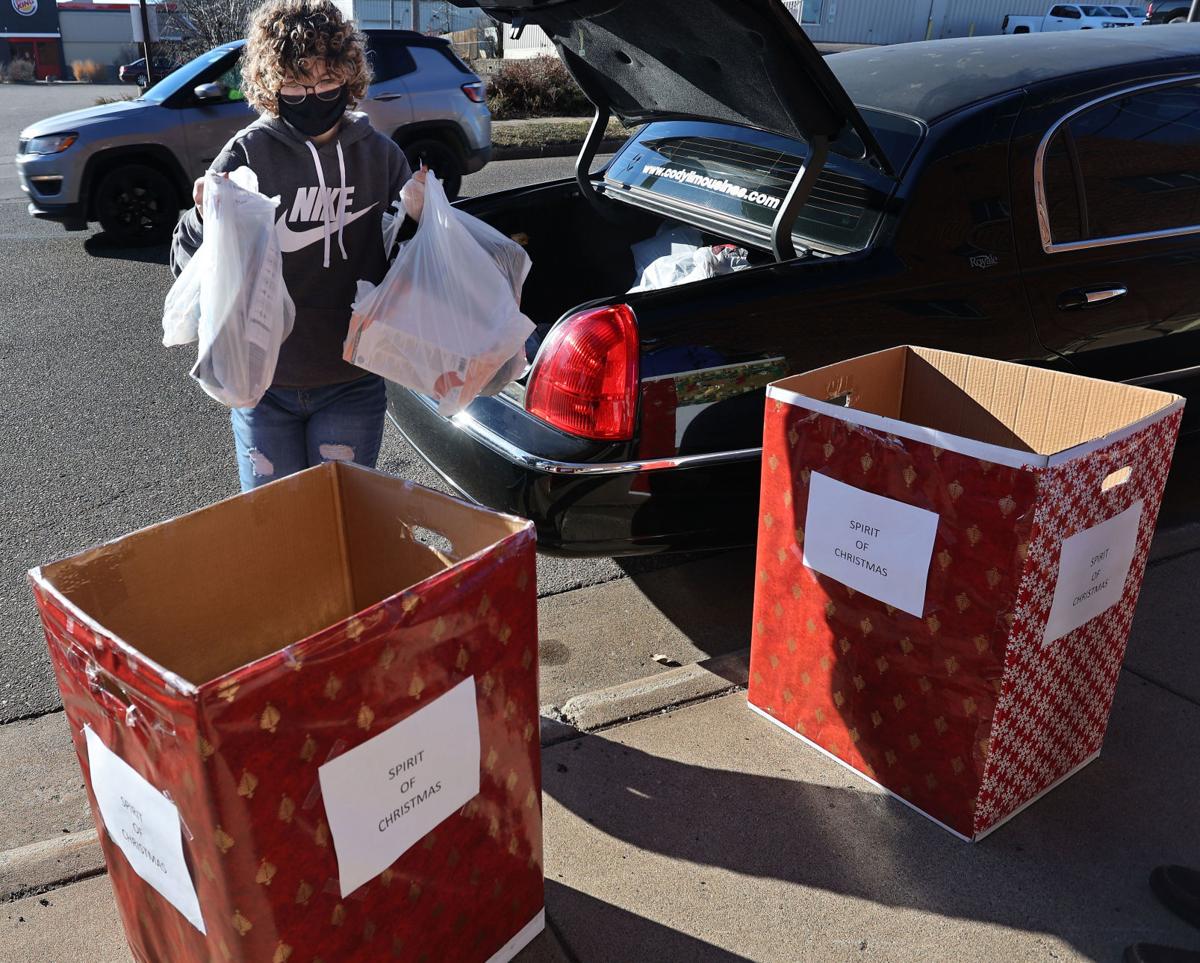 After a limo ride and shopping, Railynn Barnard of Chippewa Falls, who’s living with acute myeloid leukemia, delivered gifts Wednesday that she purchased through Make-A-Wish Wisconsin to Spirit of Christmas of Chippewa County. View more photos at LeaderTelegramPhotos.com. 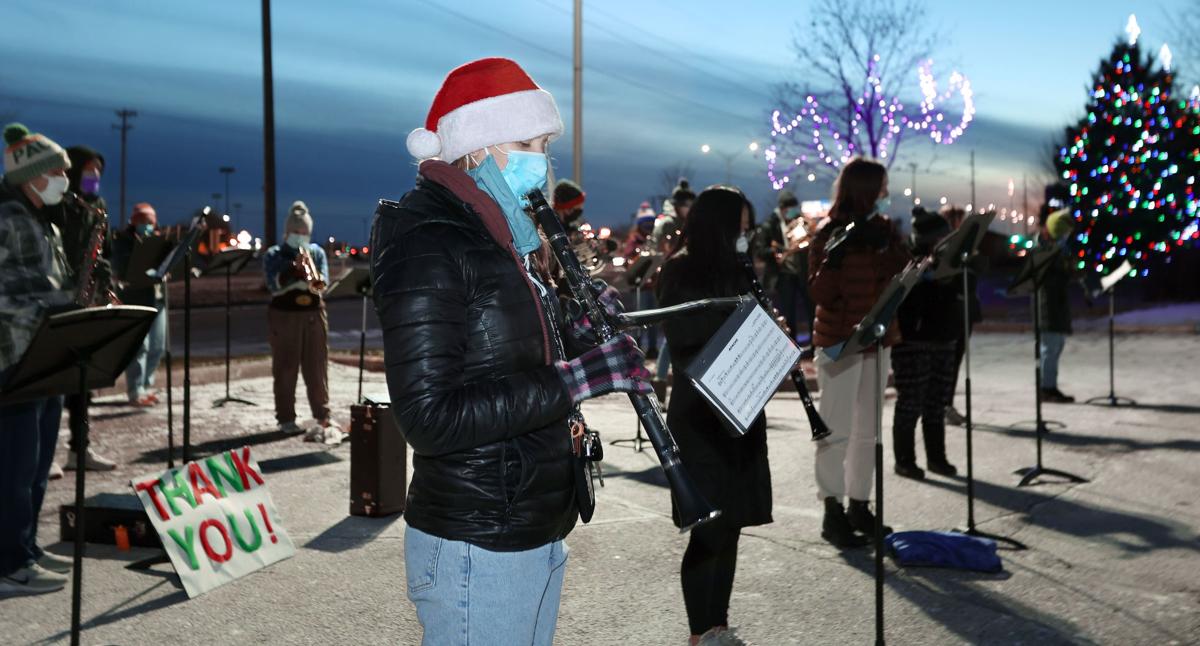 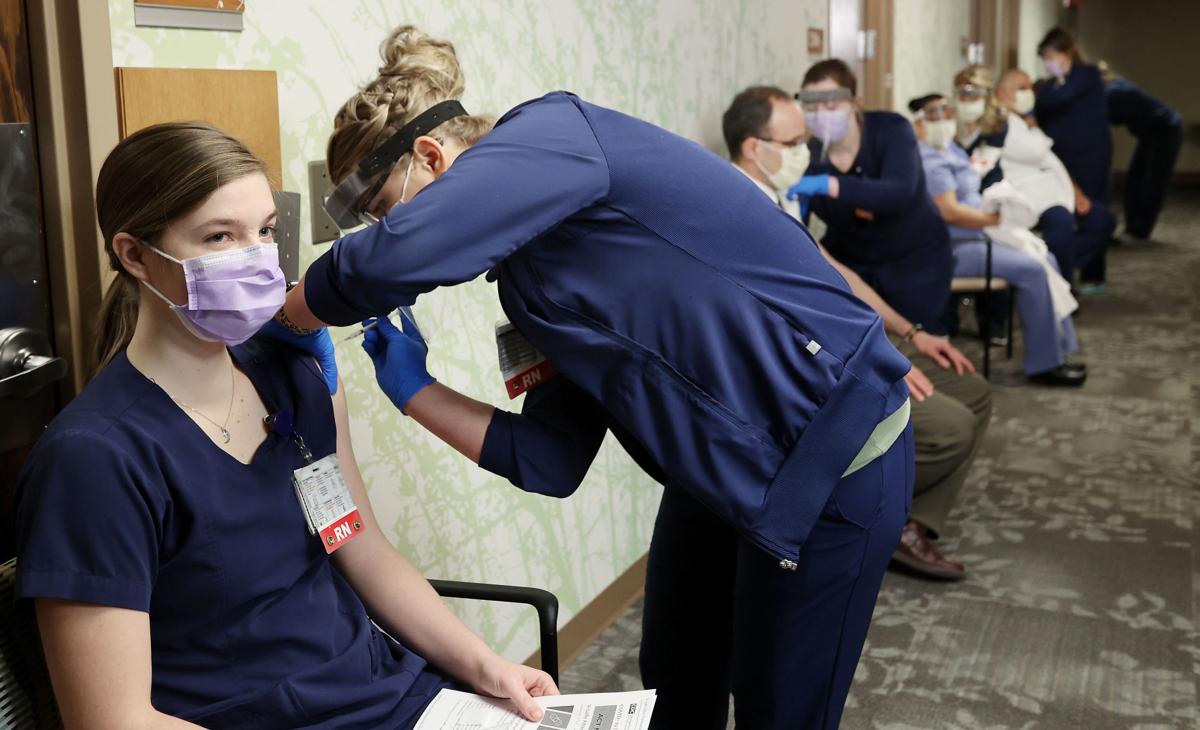 EAU CLAIRE – The fall saw Wisconsin face the biggest outbreak of the COVID pandemic thus far, with numbers far exceeding anything that had come before. But the news wasn’t all bad. Plans began for life after the pandemic and some measures actually showed surprising returns. It all played out with a hotly-contested election taking place.

The Eau Claire school district said it had a $7.7 million surplus, a result of the truncated 2019-2020 academic year.

The Eau Claire Area Chamber of Commerce came out in opposition to a controversial health ordinance proposal. Businesses around Eau Claire were hit with fake quarantine placards, an apparent protest against the ordinance. The ordinance was eventually postponed.

Solar panels were ready to go at Memorial and North high schools, with an anticipated Dec. 1 switch-on date.

Absentee voting requests were up in the Chippewa Valley as voters looked to avoid possible crowds at polling places on Election Day.

Rock Fest unveiled its lineup for the 2021 festival. Most of the acts from the canceled 2020 event were signed up.

The Pereira family brought a Brazilian specialty to area grocery stores. The bread proved a hit with fans.

Authorities discovered a woman’s body in a suitcase in Chippewa County. The case remains under investigation.

Drive-through voting proved popular with Eau Claire residents, another pandemic innovation in a year that saw many such changes.

Dale Peters retired as Eau Claire’s city manager. Peters had previously delayed his retirement to help the city cope with the pandemic.

The Chippewa River Water Trail was designated as a national recreational trail.

The L.E. Phillips Memorial Library started looking to lease a temporary location for use during its renovations.

The Eau Claire County Sheriff’s Department said it had a surplus.

YMCAs opened learning centers in the area to help students.

A very close election in Wisconsin saw Joe Biden flip the swing state back to Democrats. Ron Kind, who represents the 3rd Congressional District, survived the strongest challenge of his career.

Statues honoring veterans and their families arrived for display prior to their installation at the Chippewa Valley Veterans Tribute.

Area nonprofits received grants designed to support them during the pandemic.

Veterans Day celebrations were scaled down.

Eau Claire County said revenue in 2020 was down, but so was spending.

Both the Marshfield and Mayo Clinic hospitals in Eau Claire announced they were full, with all staffed beds occupied.

Chippewa County had more than half of its COVID tests come back positive. The 55 percent rate was far in excess of the state’s average, even as Wisconsin surged to near the top outbreaks nationally.

Traffic at the Chippewa Valley Regional Airport was down significantly.

The University of Wisconsin system went online for classes.

Bill Bauer continued to brighten people’s days with his holiday decorations. It’s a tradition he has participated in for seven decades.

Vaccine trials showed success in protecting against COVID, raising hopes for efforts to end the pandemic.

Concept art was released for the new Children’s Museum.

Hospitals said they faced a critical situation as COVID numbers continued to spiral upwards. Hobbs Ice Center closed to the public due to the pandemic.

Near-perfect weather led to a strong opening to deer season in Wisconsin.

Eau Claire helped set up a quarantine area in the community’s homeless shelter.

An Eau Claire woman said she was happy to be alive after a freak shooting left her with major injuries.

Thanksgiving arrived as Wisconsin neared 8,000 new COVID cases per day. Officials feared a holiday COVID surge as families gathered. That didn’t wind up happening in the state, though it did in other areas, and numbers began declining again.

CVTC submitted building plans for its transportation facility, a result of the successful referendum earlier in the year.

The Children’s Museum got an offer for their property in downtown Eau Claire. The bid was considerably faster than expected when the property was put on the market.

Local hospitals began preparing to receive shipments of COVID vaccines, which were widely expected to get approval within weeks.

Readers responded warmly to the story of Jack, a miniature horse being trained for a possible career as a therapy animal.

Nestlé announced a $50 million investment and expansion into its facilities in Eau Claire.

First responders gathered outside hospitals to applaud doctors and nurses at shift changes.

Investigators released preliminary information that identified the officers and man killed in a November officer-involved shooting.

Area hospitals said they had fewer patients, but were still well above normal levels. While new COVID cases were falling, many of those sickened in the November surge still needed care.

Wintertime in the City went ahead as a scaled-down event.

Eau Claire sued to force closure of the Regency Inn & Suites hotel, saying it far exceeded other area hotels for the number of criminal complaints, and that efforts to resolve the issues had failed.

Wisconsin Farm Technology Days confirmed it would return to Eau Claire in 2021. It had been scheduled to visit this year, but was one of many events canceled by COVID.

The Blue Angels, the U.S. Navy’s flight demonstration team, confirmed plans for an appearance in the Chippewa Valley in 2022.

The Hobbs Ice Center stayed closed, but not because of COVID. Necessary repairs to equipment delayed the planned reopening.

Railynn Barnard’s request from the Make-A-Wish Foundation was granted, and it was an unusual one. She asked that the foundation help make sure others in the area had a bright Christmas.

A man died after being stabbed in Eau Claire on Thanksgiving.

Experts called domestic violence a “shadow epidemic,” saying the need for services had increased during the pandemic along with challenges in providing assistance.

UW-Eau Claire said it was clearing out a second dorm for COVID quarantine space for the university’s spring semester.

The first shipments of a COVID vaccine arrived in the Chippewa Valley. Health care workers were the first to be vaccinated.

Bruce Barker announced his retirement from CVTC, which means the school will seek a new president in 2021.

A tiny home village was planned for Chippewa Falls.

Eau Claire announced the names of finalists for the position of city manager.

Wisconsin’s flagship university system said it would have students back on campus for the spring semester.