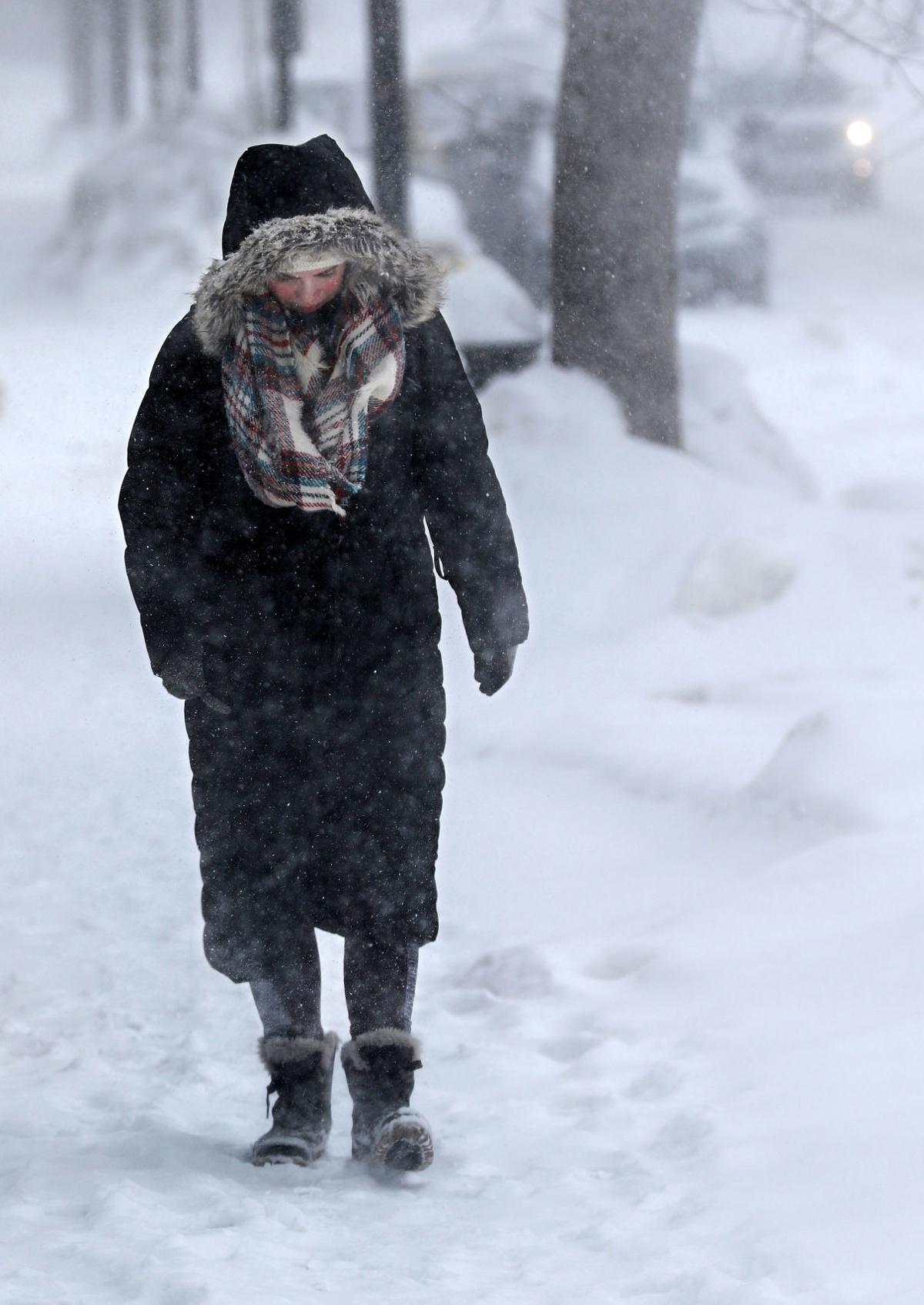 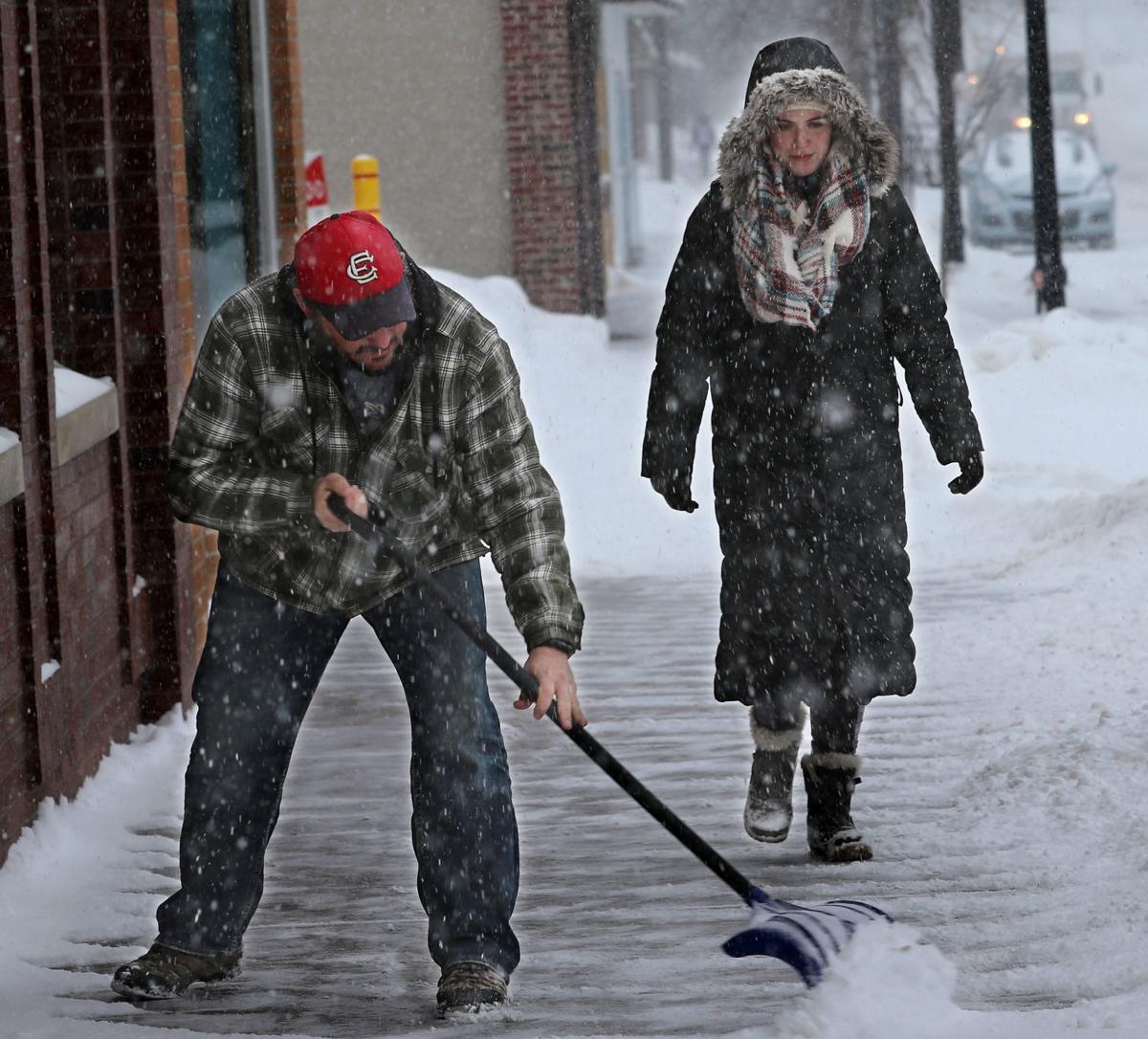 Ryan Bembnister, owner of The Goat on Water Street in Eau Claire, clears the sidewalk in front of his business Wednesday as bundled-up UW-Eau Claire senior Caroline Walz of Wauwatosa walks by during a heavy snowfall. View more photos at LeaderTelegramPhotos.com. 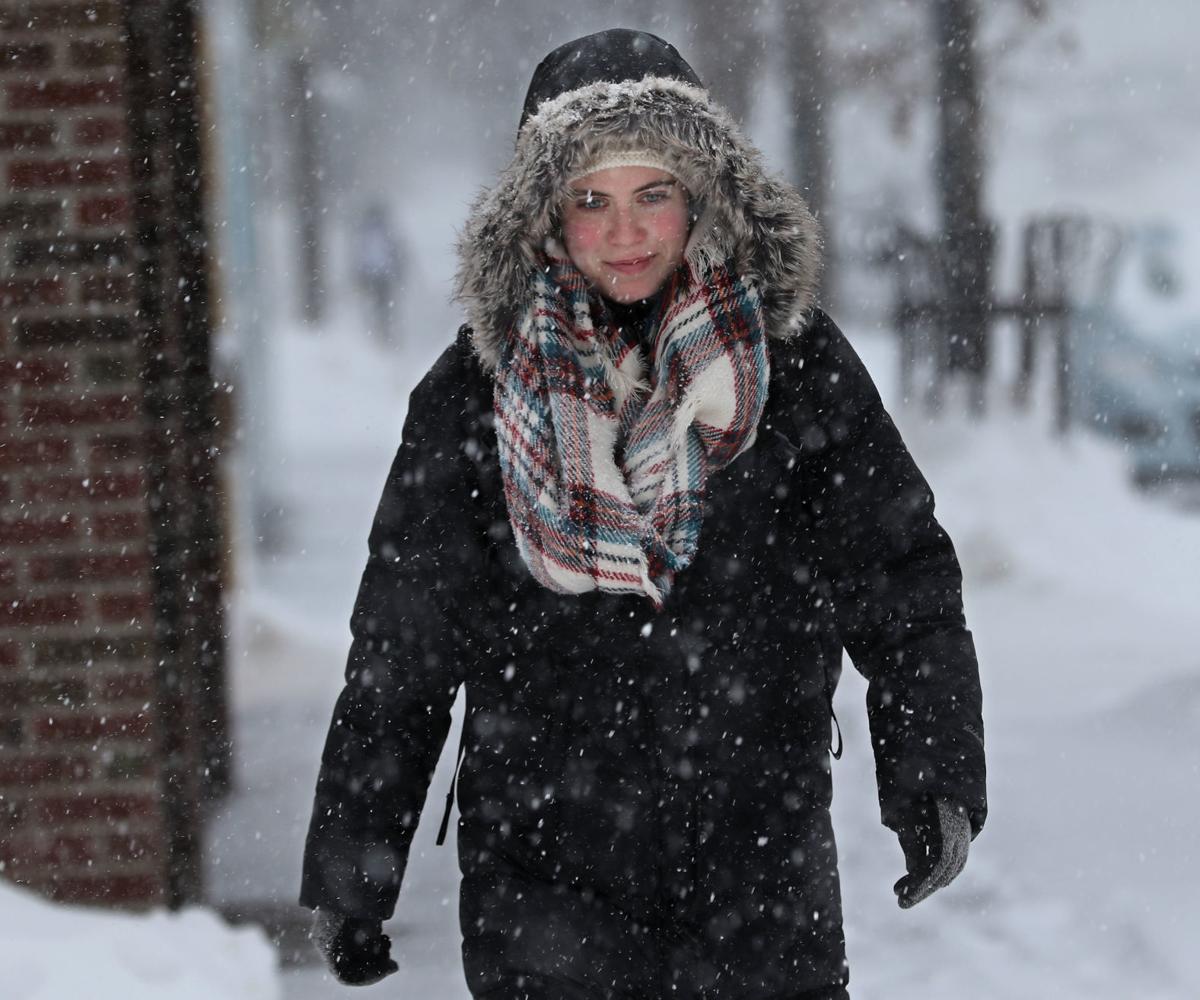 Ryan Bembnister, owner of The Goat on Water Street in Eau Claire, clears the sidewalk in front of his business Wednesday as bundled-up UW-Eau Claire senior Caroline Walz of Wauwatosa walks by during a heavy snowfall. View more photos at LeaderTelegramPhotos.com.

Another day, another snowfall record.

Not only is that what it feels like, but that’s the reality in this unprecedented February in Eau Claire and communities throughout west-central Wisconsin.

With Wednesday’s storm dropping 5 inches of snow on Eau Claire by 3:30 p.m., the city had received 33.7 inches of snow so far this month, adding to the February snowfall record broken last week, said Shawn Devinny, a meteorologist with the National Weather Service in Chanhassen, Minn.

The previous February snowfall record for Eau Claire was 28.2 inches, set in 1936.

Perhaps even more impressive, he said, is that this year’s February snowfall total in Eau Claire is more than quadruple the February average of just 7.3 inches. That’s the kind of thing that happens when Eau Claire has received at least a trace of snow on 14 of the first 20 days this month.

However, the city still has a long way to go before challenging its full winter snowfall record. This year’s season-long total so far is 57.2 inches, which makes it already at least the ninth snowiest winter since Weather Service records began in 1893, but still nearly 3 feet behind the 1996-97 record of 89.3 inches, Devinny said.

“You’ve got some work to do to break the season-long record, but you’re certainly above the average so far,” he said. “If we have a couple good storms yet in February and March, you never know.”

Cumulative snowfall this winter in Eau Claire is 22.8 inches more than normal by this date, so the aching backs of residents from seemingly endless shoveling and snowblowing in recent weeks have been hard-earned.

Other communities in west-central Wisconsin received significantly more snow in Wednesday’s storm. Among the highest totals reported were 11 inches in Dallas, 9 inches in Boyceville and Hudson, and 7 inches in Menomonie.

Still, Devinny warned that Chippewa Valley residents shouldn’t put their shovels away just yet, as the Weather Service forecast calls for a break today and then more snow possible Friday, Saturday, Sunday, Monday and Tuesday.

The weekend storm has the potential to drop a lot of snow on the region, but it’s too early to predict for sure, he said, attributing the repeated snowstorms to a global weather pattern likely to continue for at least another week.

“It’s an active storm track over us because of where the jet stream is right now, and it has persisted that way for a long period of time,” Devinny said.

For those who like to plan ahead, the average March snowfall total in Eau Claire is 8.6 inches.

As of about 3:30 p.m., the Eau Claire Police Department had responded to 11 motor vehicle crashes — two involving injuries — and three documented slide-ins or stuck vehicles during Wednesday’s storm.

By 5 p.m., troopers in the Wisconsin State Patrol’s northwest region had responded to 25 slide-ins and 22 crashes, one involving injuries, on Wednesday. The agency reported that many roads were still snow-covered and slippery.

“We’re still urging motorists to slow down, maintain that good distance from the vehicle in front of you, plan ahead and don’t be on the road if you don’t need to be,” said Sgt. Jonathan Luck of the State Patrol post in Eau Claire.