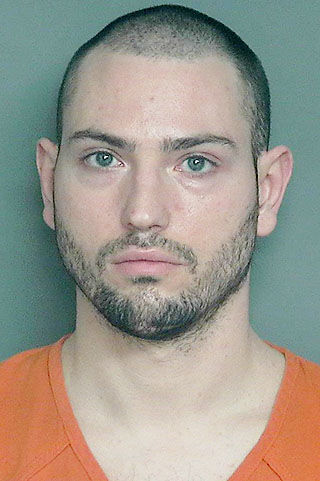 The teen the man was communicating with was actually an undercover police officer, authorities said.

A $1,000 cash bail was set for Warren, which prohibits him from having unsupervised contact with children and using electronic devices with internet capabilities.

Altoona police received information Dec. 5 that Warren may have been contacting underage victims he met on a dating application.

On Dec. 8, an Altoona police officer sent Warren a private message on a social media site.

After a short conversation, the officer told Warren he was a 14-year-old boy.

The conversation turned sexual in nature and Warren sent the officer a picture of male genitalia.

Warren sent the officer a second photo the following day.

On Dec. 11, Warren asked the officer if he wanted to spend the night with him.

The officer reminded Warren he was only 14 years old when Warren asked him to send a photo.

Warren continued to ask for a photo.

The officer then sent Warren an undercover image of a male. The face was not visible on the photo.

Warren sent the officer a third nude photo on Dec. 30.

Warren and the officer agreed to meet on Sunday and Warren said he would pick the boy up.

Warren asked for the address and the officer gave Warren a meeting spot on Elm Drive in Altoona.

At 8:38 p.m. Sunday, a vehicle believed to be driven by Warren was pulled over by police on Oak Drive, just south of Hillcrest Parkway. Warren was identified as the driver.

Warren was asked to step out of the car and was told officers were investigating information that Warren was coming to meet with a 14-year-old boy for sex.

Warren was arrested and said he didn’t know why he was being arrested.

Warren declined to give police consent to search his cellphone.

If convicted of both charges, Warren could be sentenced to up to 40 years in prison.