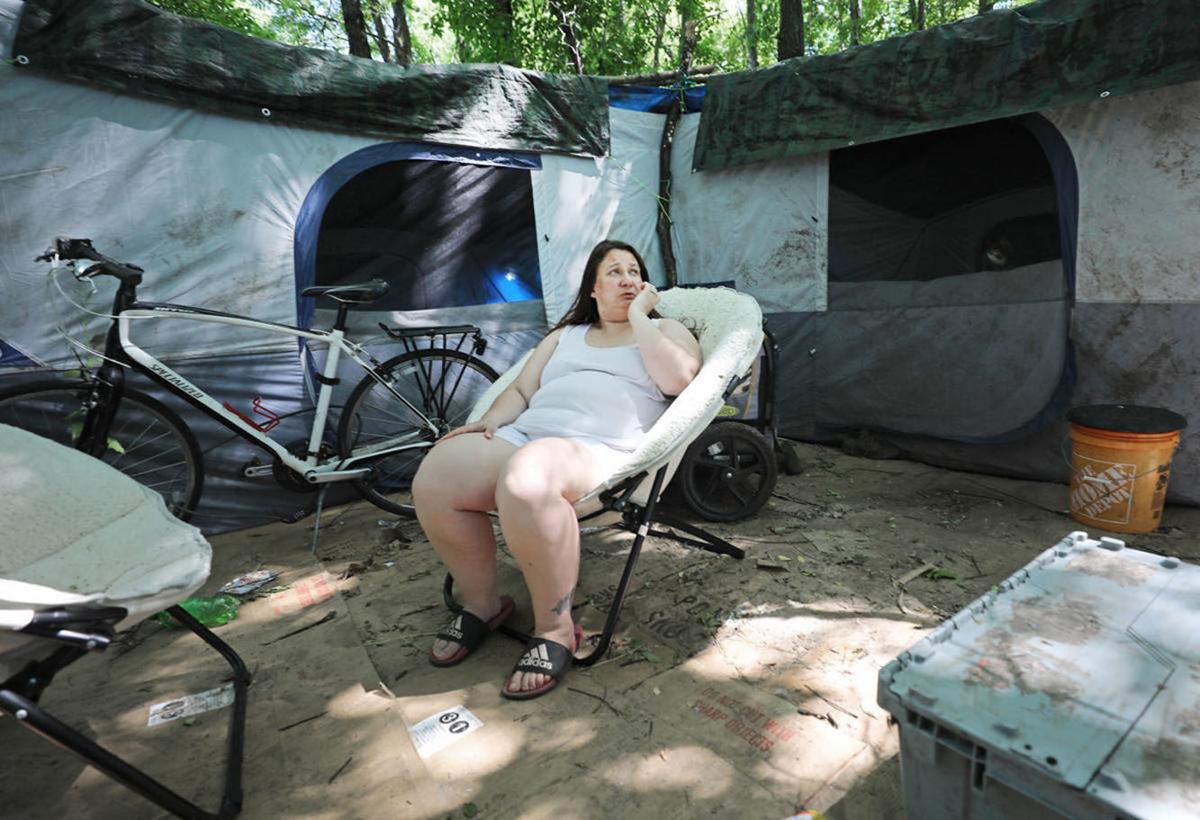 Heather Hypse rests outside her tent on Madison's east side. She and her companion, Richard Potenberg, have jobs and hope to find housing. 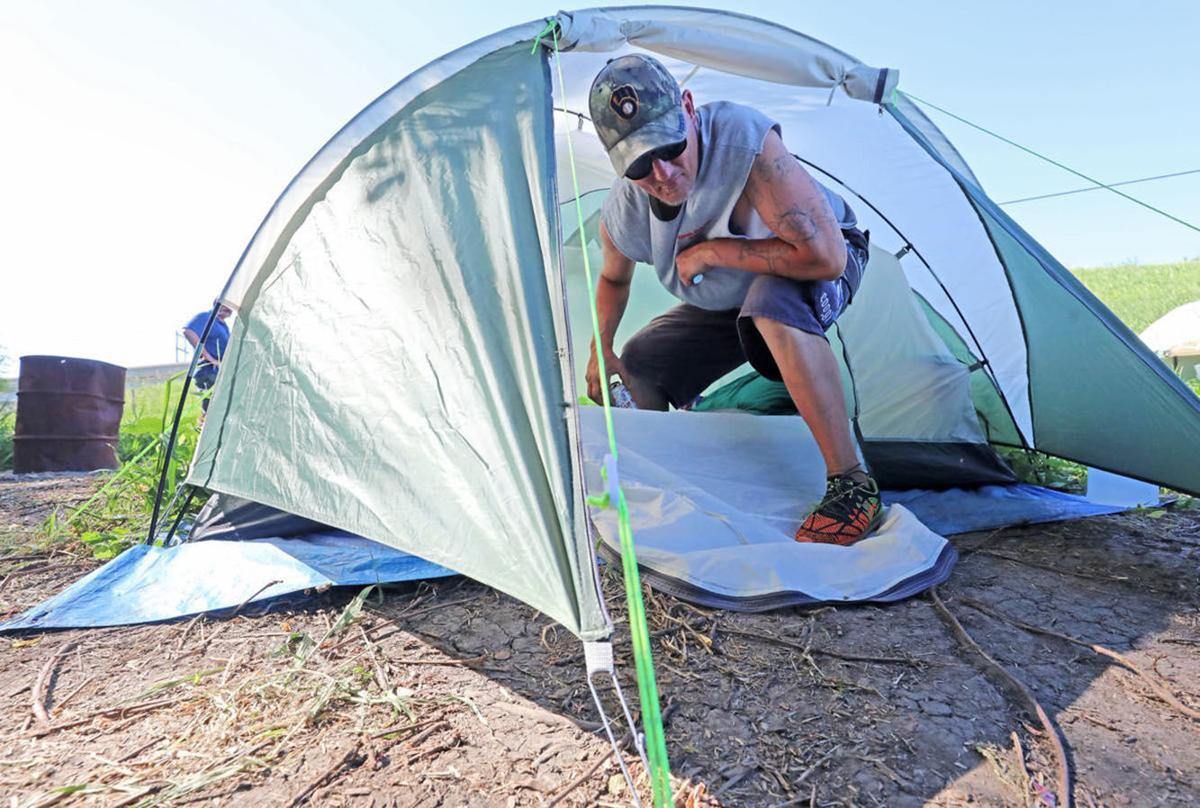 Jimmy White stays in a tent on a city-sanctioned site for homeless campers in Madison.

Heather Hypse rests outside her tent on Madison's east side. She and her companion, Richard Potenberg, have jobs and hope to find housing.

Jimmy White stays in a tent on a city-sanctioned site for homeless campers in Madison.

MADISON — As the COVID-19 pandemic shows no signs of slowing, more homeless people are sleeping outside in tents, often in small clusters usually on public property, advocates and city officials say.

There are many reasons for the increase, but the main one seems to be fear of the new coronavirus in shelter settings, said Ben Jackson, an outreach worker for nonprofit Porchlight who works with many homeless living outside.

“I’ve got people coming out of shelter asking me for tents,” he said.

At the dawn of the pandemic, Jimmy White opted for a tent over shelter. “I love it out here,” he said, referring to the campsite he shares with others off a trail in a city park. “I love being outdoors. We’re trying to make it a home. The homeless community is pretty small. Everybody pretty much knows everybody. This is the safer way to quarantine if you really think about it.”

The choice offers more freedom and makes social distancing easier, but it’s also less hygienic, with a lack of access to soap, water and other sanitation supplies — a primary means of preventing infection, said city community development director Jim O’Keefe, who estimates that more than 60 people are camping and receiving services.

Dozens more — perhaps another 40 to 50 — are believed to be camping in out-of-the-way places unknown to those who work with the homeless.

Concerns about their safety prompted Mayor Satya Rhodes-Conway to issue an executive order on May 7 allowing temporary camps at some city properties that can be outfitted with portable toilets, hand-washing stations and trash containers. The order is largely to let homeless individuals camping outside stay where there are, not encourage new encampments.

Still, connecting homeless people with health care, including COVID-19 screening, is harder for those living outdoors, O’Keefe said. To address the problem, groups that help the city work with the homeless population are distributing hygiene supplies and information fliers about COVID-19 that describe how it spreads, how it can be prevented and what to do when symptoms appear.

“Thankfully, with all the measures we put in place, there has not been widespread infection among people experiencing homelessness,” he said. “It was reported that one individual living in an unsheltered location was infected, but the infection was contained and no further spread happened.”

The increase in the number of homeless people living outdoors from a year ago is dramatic, Jackson said.

Before the pandemic, he said he had been working with 121 outdoor clients since the beginning of the year. That number has risen to 260 so far, despite a ban on evictions and funding for eviction prevention.

“These are just people trying to survive in a very difficult situation,” Jackson said. “The primary income source for a lot of folks was panhandling. But no one wants to get close enough to give them money.”

Others have jobs and stay outside for fear of the pandemic, because they want to stay with a companion or spouse, or simply can’t afford or find housing.

Heather Hypse and her companion, Richard Potenberg, have been camping in an L-shaped, makeshift tent since the fall, hunkered down over the winter and now battle the elements, squirrels and raccoons as they work at a restaurant and look for housing.

“We go to the day shelter. Porchlight brings us food,” Hypse said. “We don’t have any trouble.”

The main challenges, Jackson said, can be getting along with fellow campers and the constant risk of having their tents, sleeping bags and personal belongings stolen. The campers are generally safe, but “there is always a danger when living in this manner,” he said.

While some feel safer outside during the pandemic, the outbreak has made things harder in other ways.

“For people who remained outdoors, the biggest challenge remains the closure of so many resources they rely on for food, a safe place to be and connection to services,” O’Keefe said. “Libraries, free meal sites, shopping malls, some of the day shelters have closed.”

“There is absolutely nowhere to go,” said Steven Miller, who has been homeless for a decade and camps on the Far East Side.