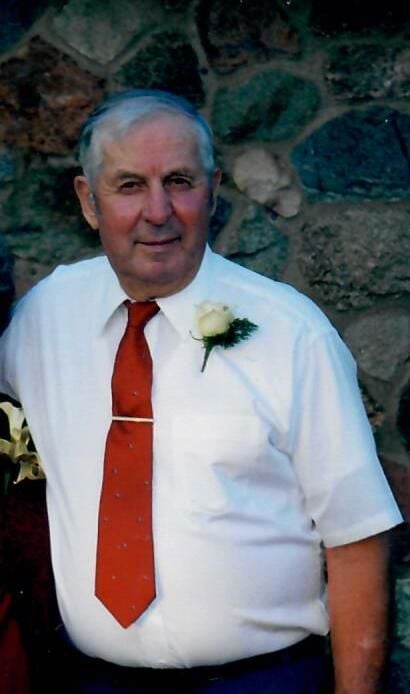 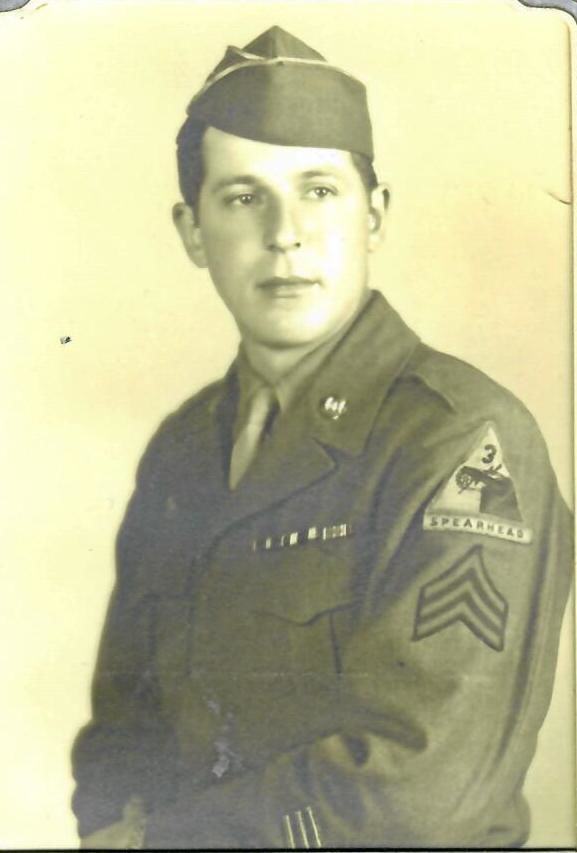 Anton (Tony) F. Jacks, age 100, passed away on January 7th at the Veteran’s Home in Chippewa Falls, WI due to covid-related complications. Tony was born November 24, 1920 in rural Thorp to immigrant parents, Anton and Anna (Franczowiak) Jaks and was raised on the family farm. After his local schooling, he went to work as a lumberjack/logger and took evening classes at the CCC (Civilian Conservation Corps) near Medford WI. On March 19, 1942 he enlisted in the US Army and served his country during WWII as a decorated Sergeant where he saw combat action in Normandy, Northern France, Ardennes (Battle of the Bulge), Rhineland, & Central Europe.In April 1945, the 6th Armored Division liberated Buchenwald Concentration Camp and while there, he was informed of the war atrocities witnessed by a Polish survivor. Thru his military service, Tony earned several medals, some of which included the Silver Star, Bronze Star, French Citation and Legion of Honour (France’s highest order of distinction) due to his ingenuity during a mission that led to no American or French casualties and saved many lives. In October 1945, Tony was honorably discharged and went to work in Chicago.

On June 3rd, 1950 he married Valeria Wincek and moved to rural Thorp where they farmed and raised six children. In 1983, they retired from farming and enjoyed traveling. Throughout the years, he volunteered his time in the community and always stayed updated on local and world events. Tony was a member of the St Bernard/St Hedwig Parish, American Legion, Sportsman’s Club and Moose Lodge. His sense of heroic pride and honor were shown by his involvement in the American Legion Post 118 for 50+ years by attending monthly meetings, military parade marching, volunteering his time with various ceremonies including weddings, banquets, and military funerals. Later in life, he proudly participated in the Honor Flight to Washington D.C.

His lasting legacy will be his strong work ethic, integrity and resourcefulness that he taught his children and grandchildren. He had a zest for life and in his younger years he enjoyed hunting, fishing, meat processing, cutting wood, being outdoors, and making delicious potato pancakes. Other hobbies included playing cards, taking trips to the casino, gardening, polka music and playing his harmonica. He had a positive influence on his grandchildren by sharing stories, songs, quotes, artistry and geography knowledge. In his final years, he entertained and shared his wisdom and humor with other members and staff at the Veteran’s Home. Recently, he showed up on the Today Show Smucker’s Jar recognizing his 100 years of life!

He was preceded in death by his wife (Valeria), daughter (Diane) and great-granddaughter (Bria).

A memorial service will be held later this Spring.

Online condolences may be expressed at: www.cuddiefh.com

To plant a tree in memory of Anton Jacks as a living tribute, please visit Tribute Store.