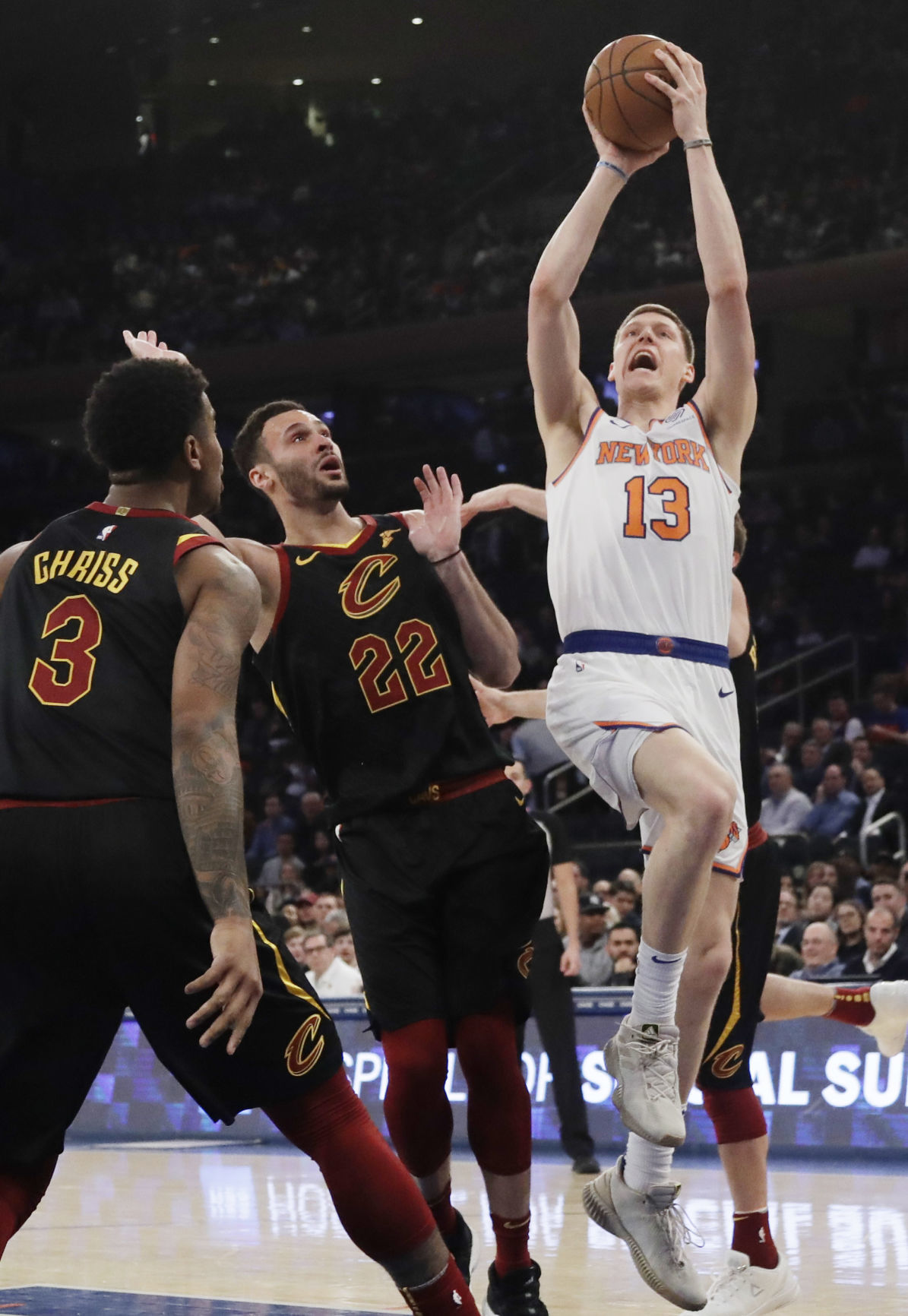 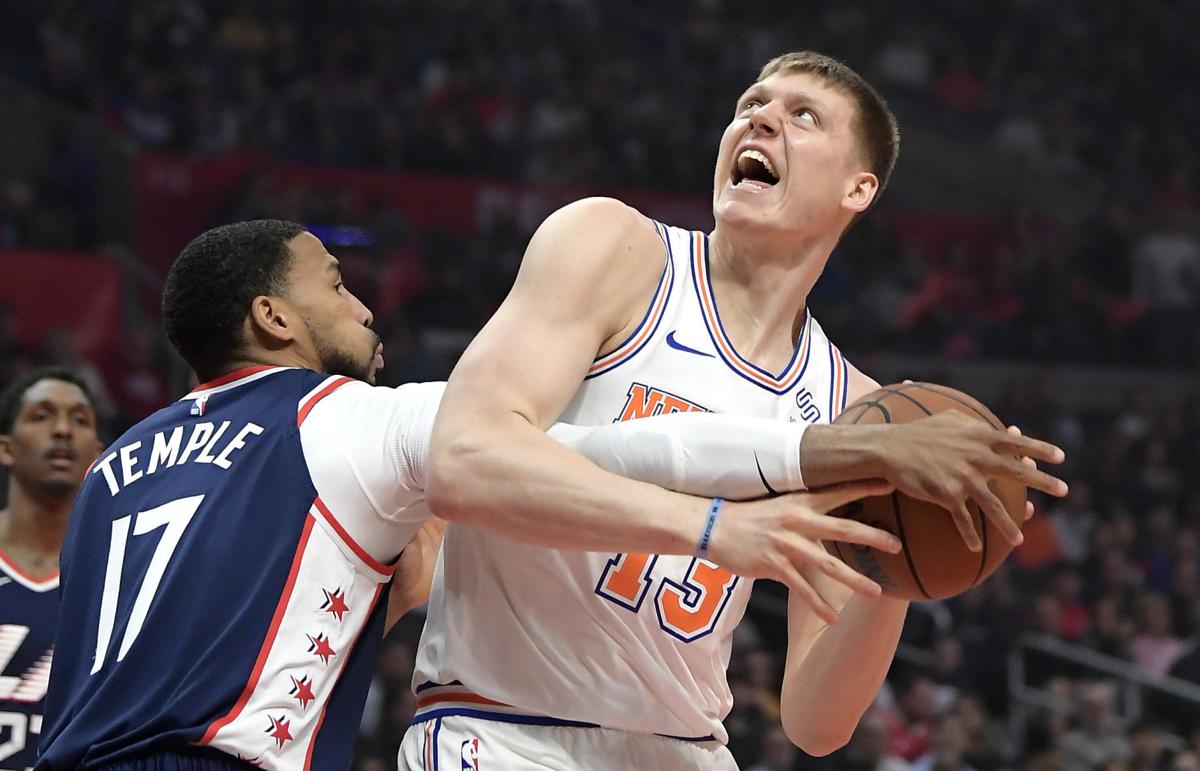 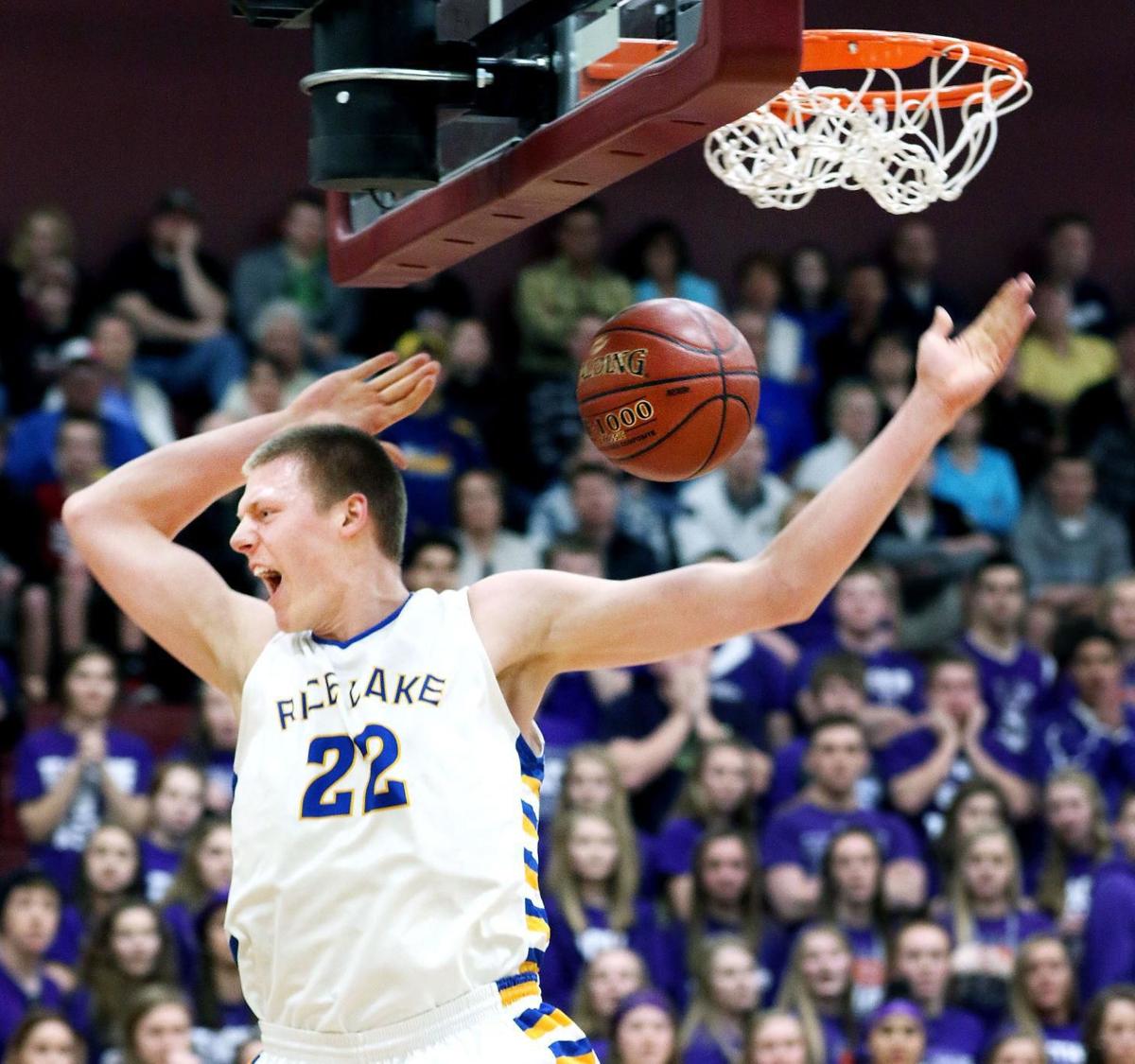 Rice Lake’s Henry Ellenson reacts after dunking the ball in Onalaska’s basket during a WIAA Division 2 sectional semifinal on March 21, 2015 in Menomonie. 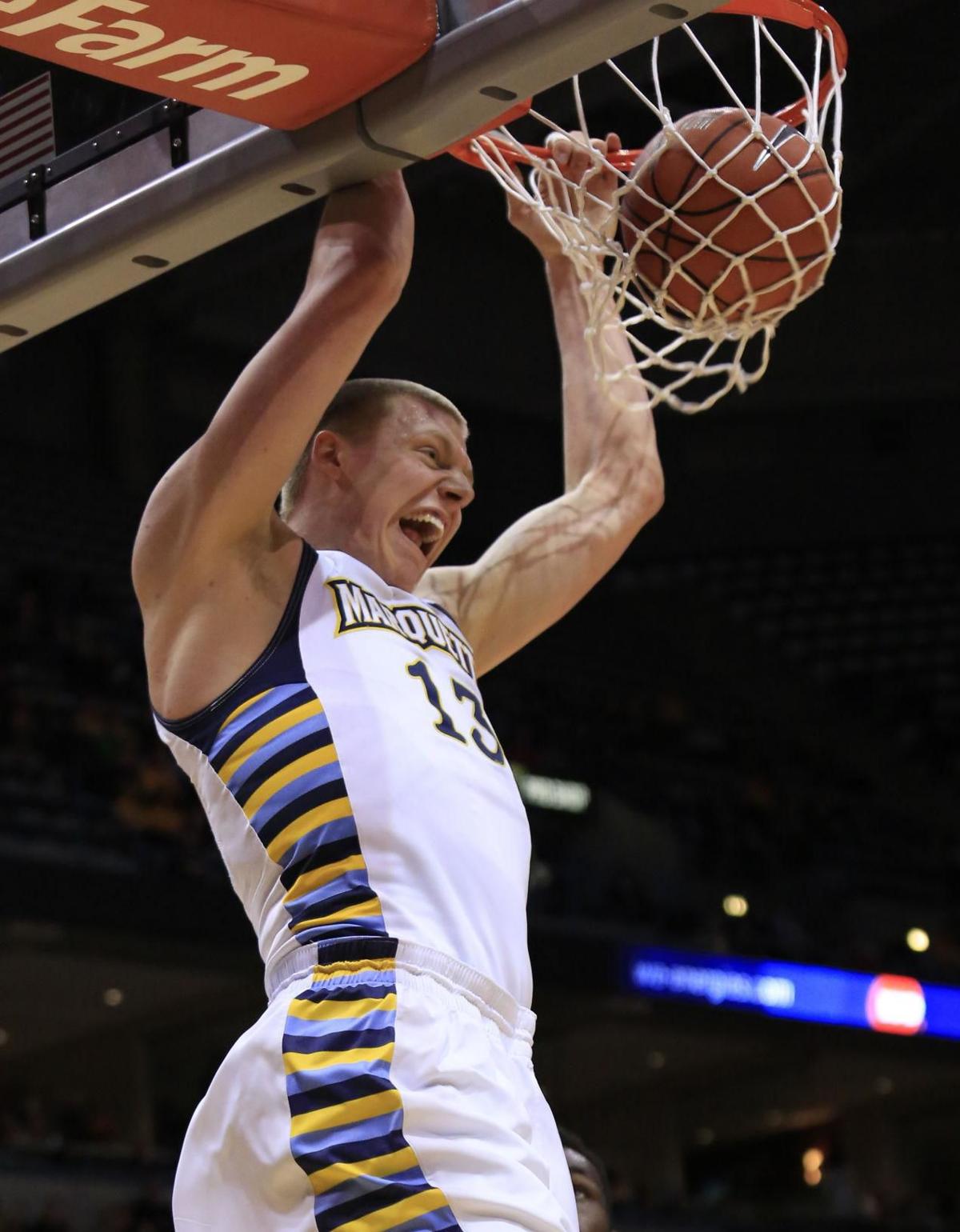 {span}Marquette forward Henry Ellenson gets a slam dunk against Georgetown on March 1, 2016, in Milwaukee.{/span}

Rice Lake’s Henry Ellenson reacts after dunking the ball in Onalaska’s basket during a WIAA Division 2 sectional semifinal on March 21, 2015 in Menomonie.

{span}Marquette forward Henry Ellenson gets a slam dunk against Georgetown on March 1, 2016, in Milwaukee.{/span}

MINNEAPOLIS – Henry Ellenson admitted it himself. He’s never experienced adversity quite like this.

The former Rice Lake star has succeeded his entire career. With the Warriors, he was named Big Rivers Conference Player of the Year and Leader-Telegram Player of the Year three times each and established himself as one of the top recruits in the country.

Marquette didn’t make the NCAA Tournament in his one season with the Golden Eagles, but individually he still earned Big East Rookie of the Year and proved he was worthy of the first round pick the Detroit Pistons selected him with in 2016.

In the NBA, Ellenson is seeing the brutal business side of sports.

“This has been different,” Ellenson said Sunday prior to his New York Knicks squad’s matchup with the Minnesota Timberwolves. “It’s been a test for sure. I’ve had to learn a lot through it. … It’s definitely something I’ve never experienced, and to do it for two and a half years, that’s a lot.”

Ellenson, drafted 18th overall, had his time with his original team cut abruptly last month following the trade deadline. The playoff-fueled Pistons opted to waive Ellenson, who had played only two games with the team this year, on Feb. 9 to make room for recently bought out sharpshooter Wayne Ellington.

Ellenson was sleeping when the move went down, waking up to three missed calls from his agent and another from his dad telling him to call his agent back.

Suddenly, he was out of the league he worked so hard to get into.

“After leaving Detroit, I wasn’t quite sure I was going to go somewhere else,” Ellenson said.

“I was lucky I’ve still got teams out there that believe in me.”

He found a landing spot with the Knicks, the former home of his all-time favorite player Carmelo Anthony and a team with nothing to lose when it comes to taking a flyer on a former first round selection. With it came a chance for playing time he’s been waiting years for.

Getting minutes in Detroit was always difficult for Ellenson with the glut of big men the Pistons boasted, especially once the team traded for Blake Griffin last season. He averaged under nine per game in his first two seasons.

“Being behind Tobias (Harris), Blake and (Jon) Leuer, (Anthony) Tolliver, veteran guys, it was tough, but I learned a lot from them too,” Ellenson said. “I wouldn’t trade that experience because I think I’ve learned so much since my rookie year.

“I feel like I’ve learned a lot as a basketball player. Now it’s time to get on the court and show it.”

He certainly showed growth early on with the Knicks. Originally on a 10-day deal, Ellenson all but sealed a rest-of-year contract with a performance on Feb. 26 against the Orlando Magic. He scored 13 points, grabbed nine rebounds and dished out five assists and hit a pivotal 3-pointer with two minutes remaining.

He played 36 minutes that game, the most he’s seen since his days with the Golden Eagles.

“That was huge, to get that feel again and hit the big time shot at the end,” Ellenson said. “That was just fun, having fun playing basketball again. I just want to keep getting that feeling.”

A game later, he scored 13 again and grabbed five rebounds against the Cleveland Cavaliers.

His minutes have dwindled since those performances, with him only suiting up for three against Phoenix and four against Sacramento. Those who drove the hour and a half from the Chippewa Valley left disappointed on Sunday since he could only be seen sitting on the bench for the entirety of Minnesota’s 103-92 victory.

Knicks coach David Fizdale is still optimistic about what he sees in the former Warrior.

“He’s showing some great signs for us,” Fizdale said. “He’s versatile. He can shoot the basketball. He’s super smart. Obviously, I’m beating him over the head about defensive rebounding, because I think that he can really excel there with his length and his wits. You know, we’ve been very happy with Henry and having him on board.”

Minnesota is the closest Ellenson can come to a homecoming. The fervor has died down a bit since the forward’s first visit to Target Center with the Pistons, but he still asked for about 20 tickets this year.

He returned to his hometown over All-Star break, but a busy travel schedule makes it difficult to come back often. He’s still plugged in though, following the UW-Eau Claire basketball teams closely to watch his girlfriend, Maddie Dunathan, and his best friend, Ben Widdes.

“They both had good years,” Ellenson said. “Both point guards, both ran the show, so it was fun watching them online. I was always tuned into their online streams.”

Thankfully for his career, he’ll be spending most of his evenings the next five weeks with the Knicks and not streaming.

Working on his 3-pointer is obviously a key, especially in today’s NBA and considering Ellenson’s talents have skewed toward the offensive side of the ball at this high a level. He shot 32 percent from deep with the Pistons, but has upped that total by 10 percent in seven games with the Knicks.

He said he works on the deep ball more than any other aspect of his game. On Sunday he was practicing shooting beyond the arc well after most of his teammates ended their warmups and headed to the locker room.

Ellenson isn’t out of the woods yet, since his latest contract doesn’t provide long-term stability. It’s a multiyear deal but includes an optout this summer if the Knicks need to cut salary to make room for big-name free agents like Kevin Durant and Kyrie Irving.

For now, he gets a bit more time to prove he belongs in the Association.

“I’m getting an opportunity on the court here. Coach is putting me out there, so I’m just trying to make the most of it,” Ellenson said. “Finally, after two years I’m getting a chance to play.”