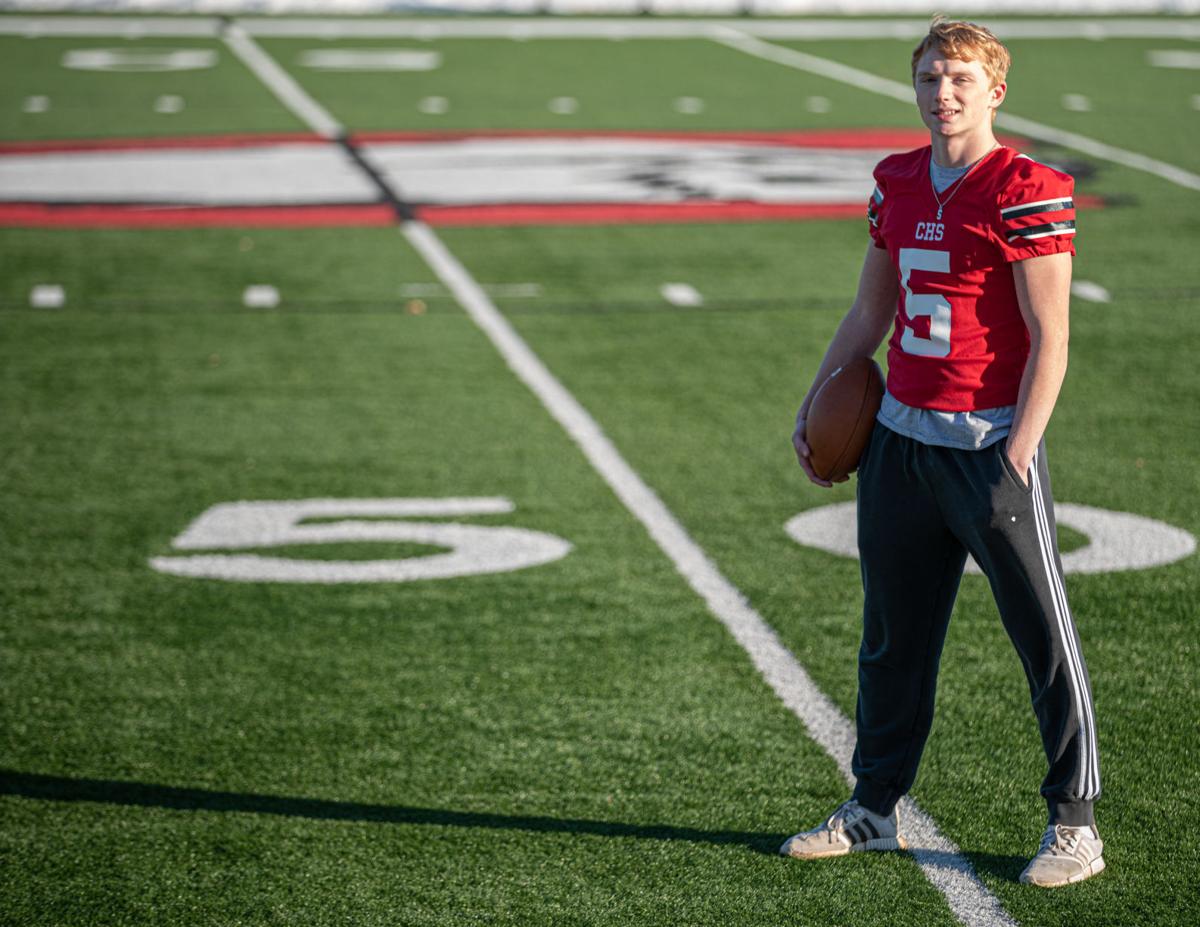 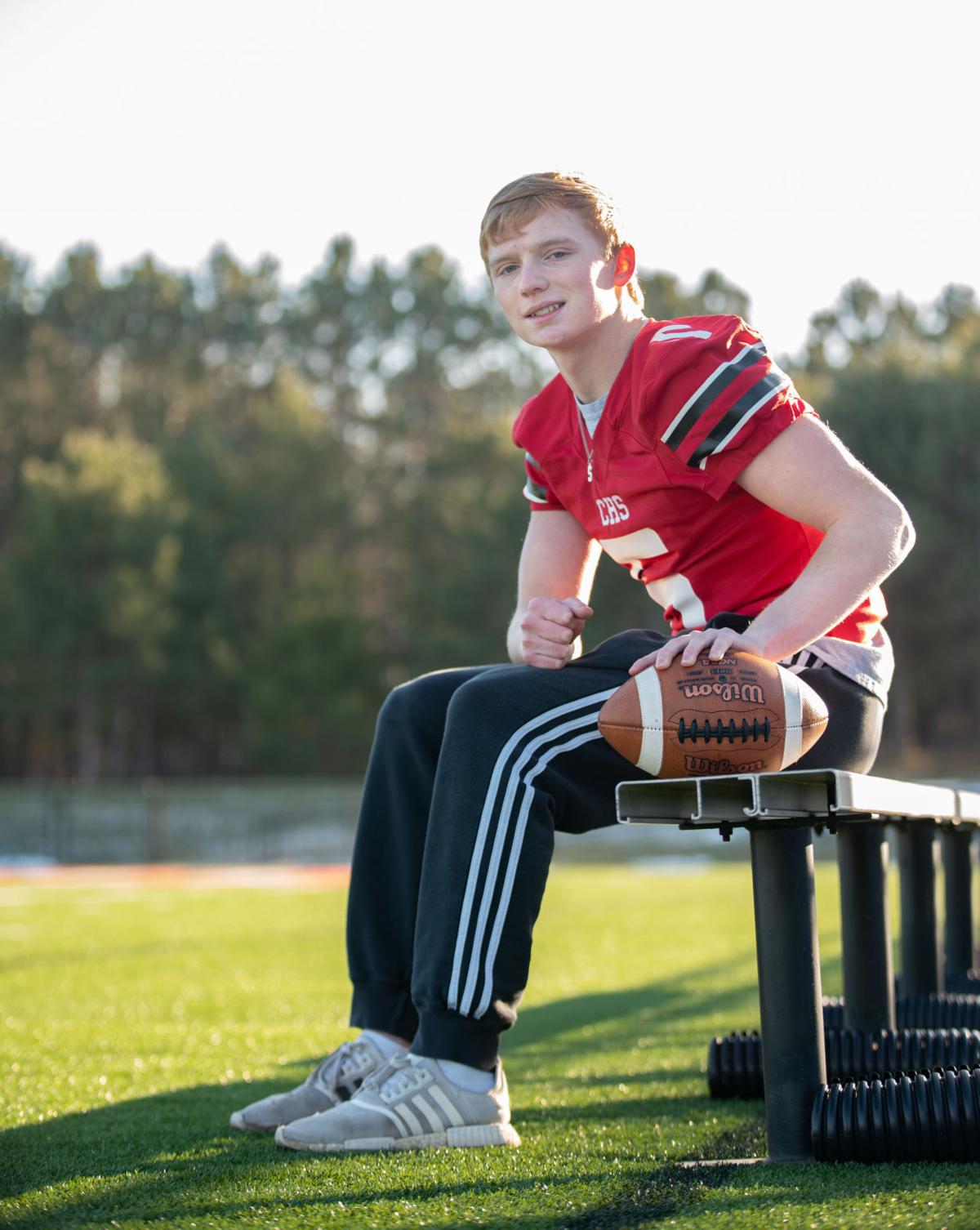 Cumberland's Jack Martens was also an All-Northwest first team selection as a junior. 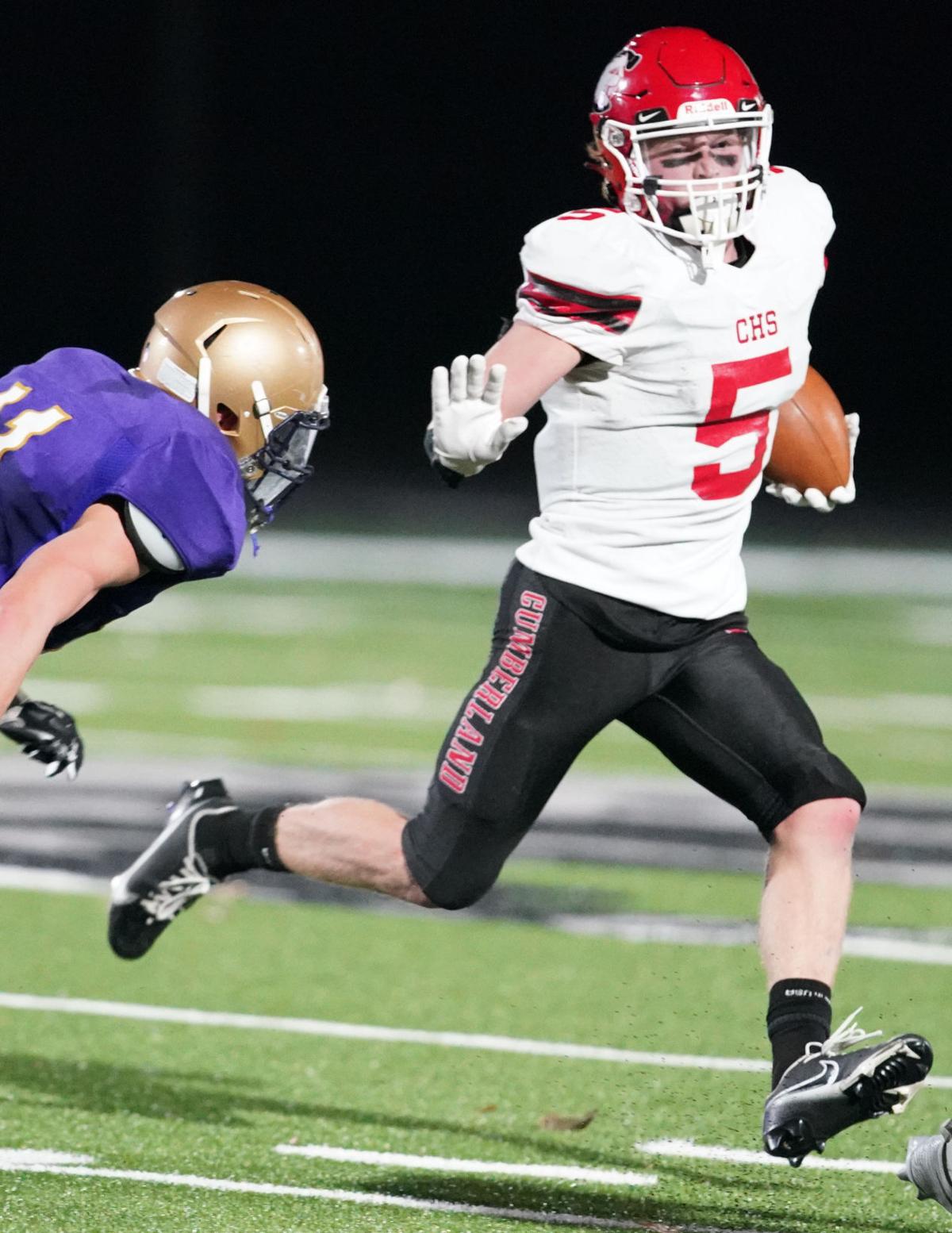 Cumberland's Jack Martens puts out a stiff arm during a game against Durand on Friday, Nov. 6 in Durand. 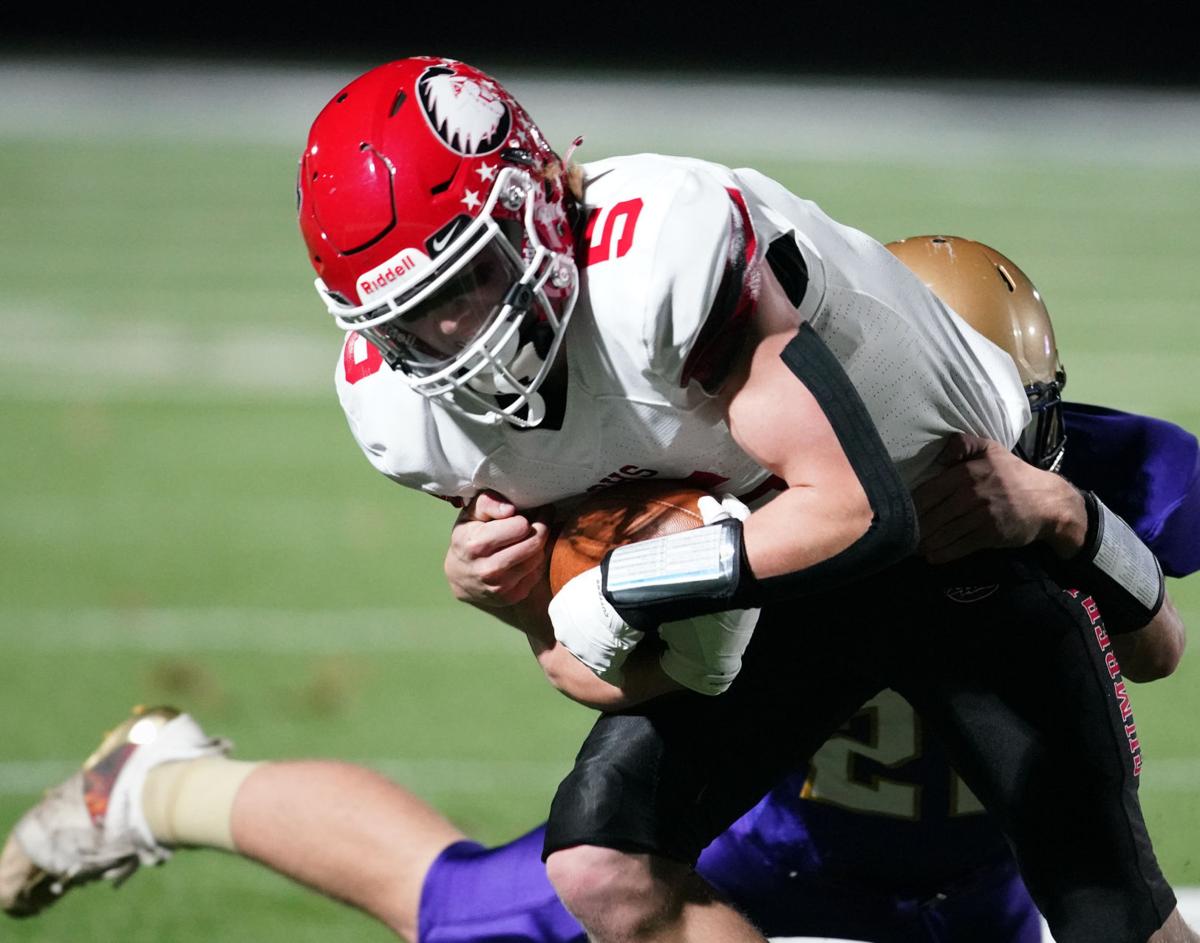 Cumberland's Jack Martens fights for yardage while a Durand player tries to bring him down during a football game on Friday, Nov. 6 in Durand. 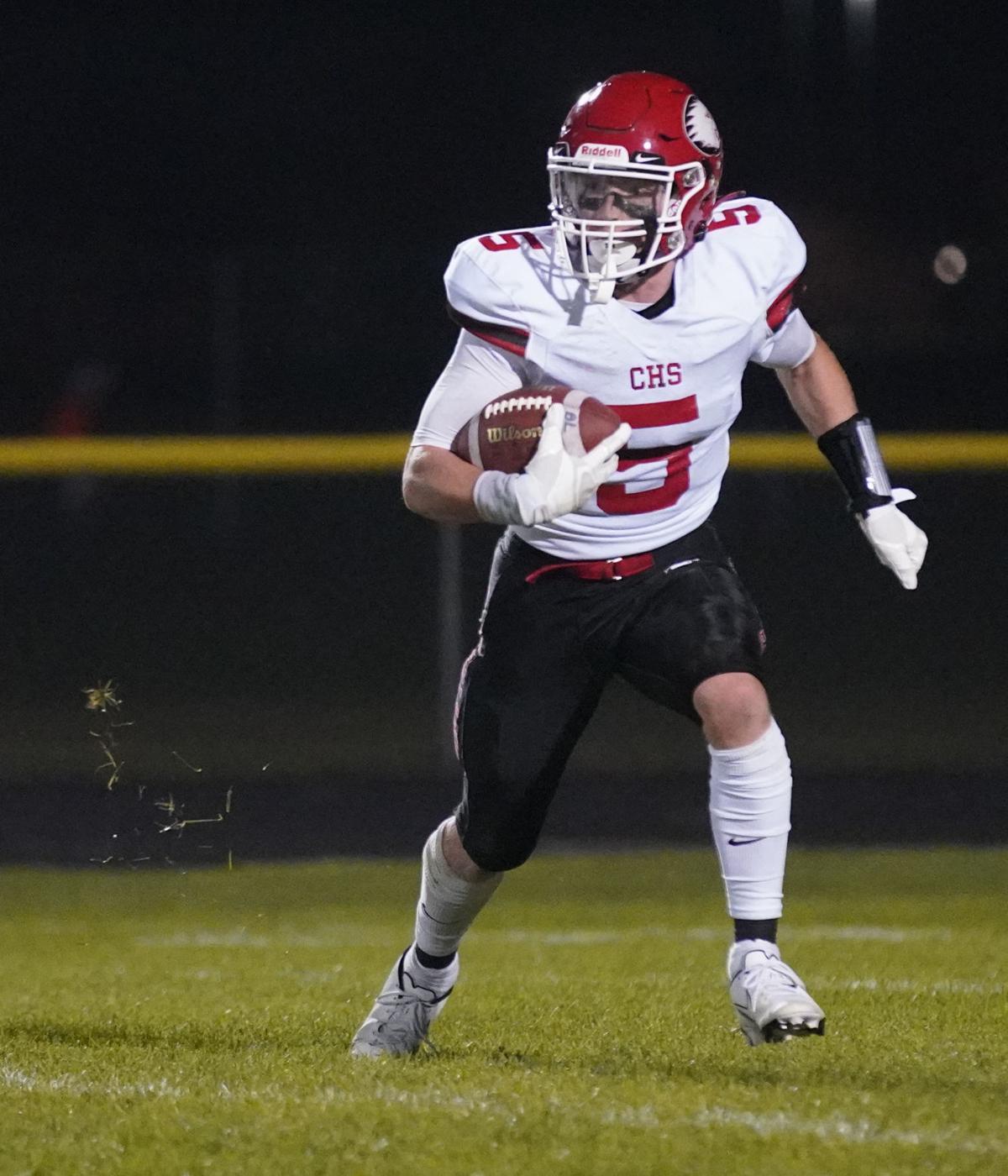 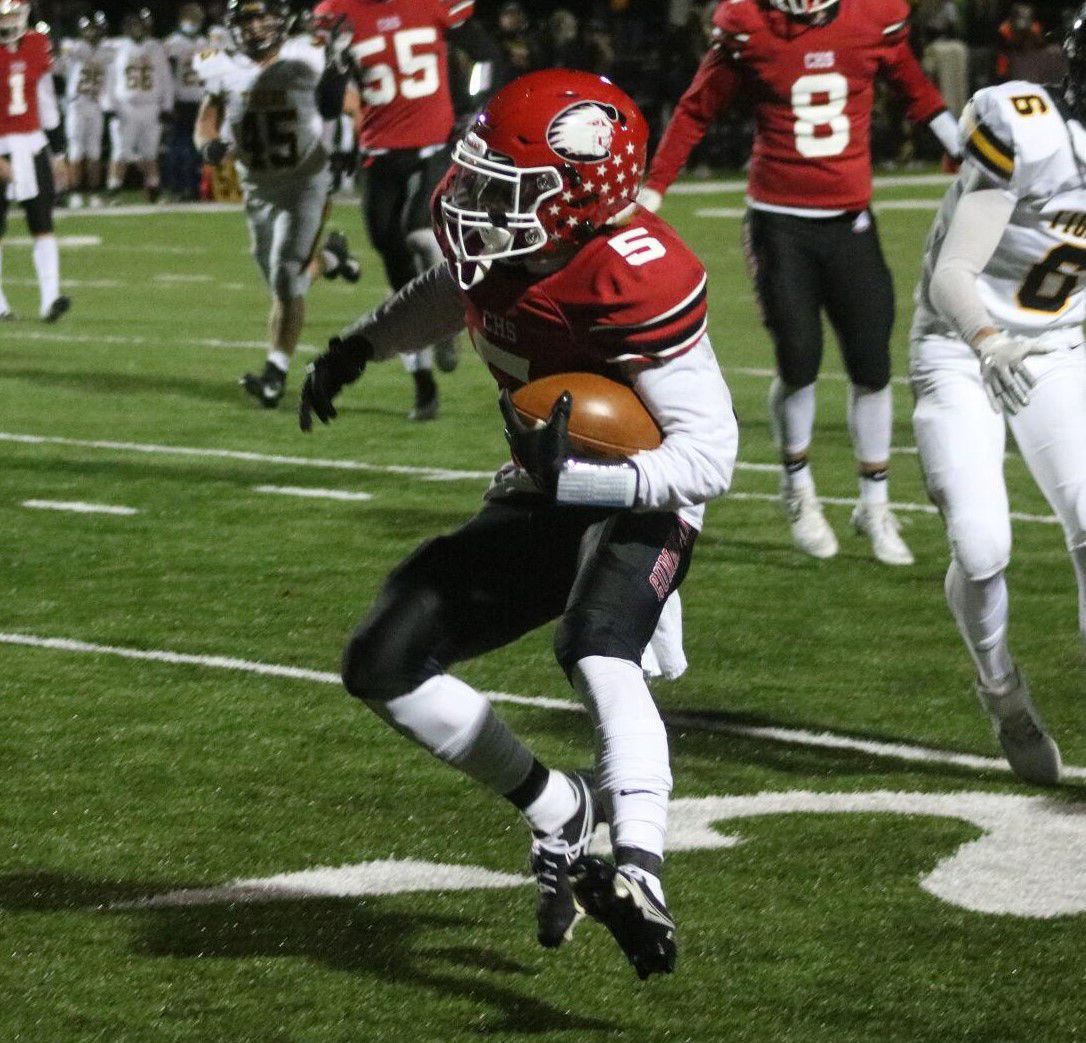 Cumberland's Jack Martens runs with the ball during a game against Northwestern on Friday, Oct. 16 at Cumberland. 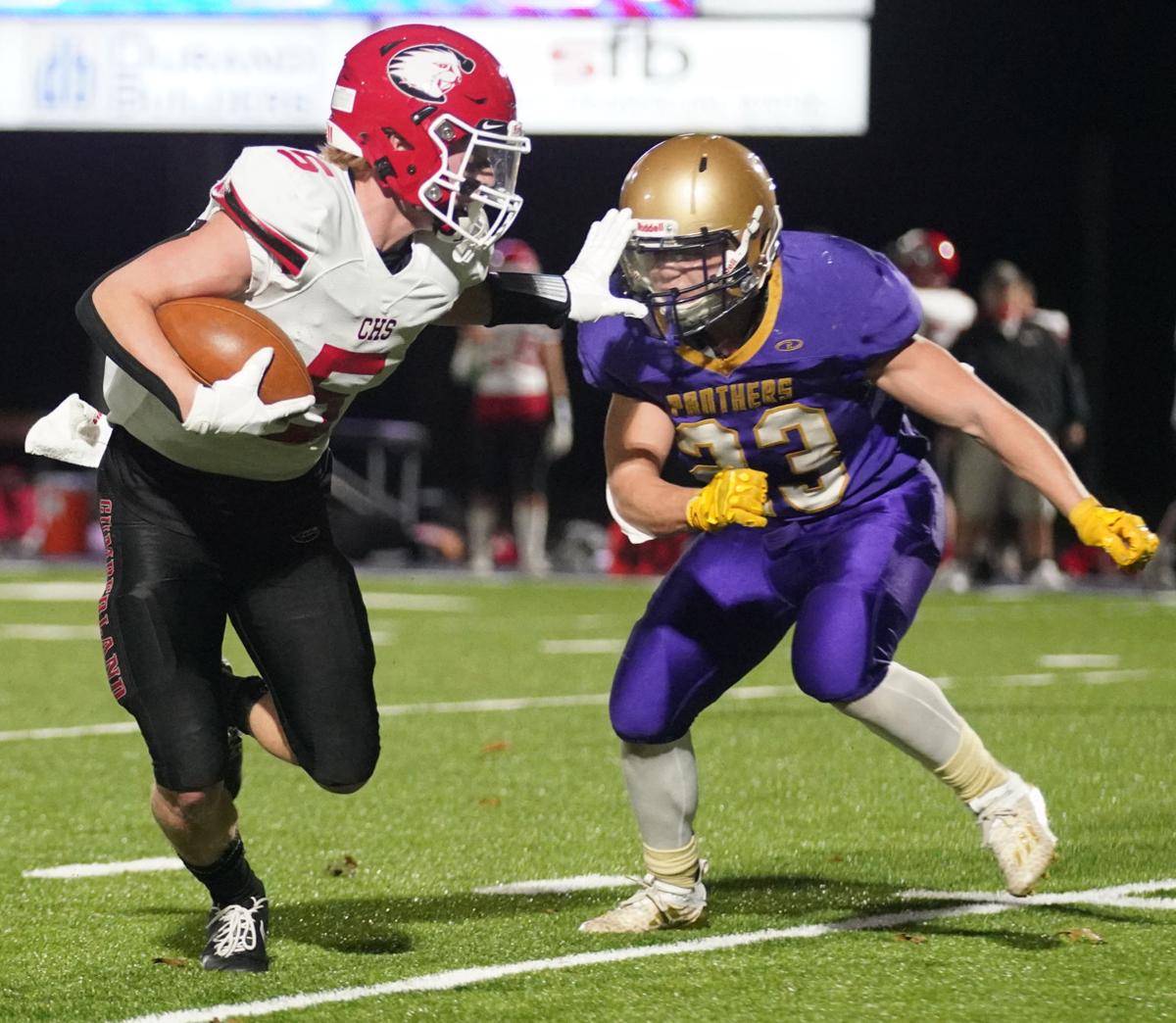 Cumberland's Jack Martens was also an All-Northwest first team selection as a junior.

Cumberland's Jack Martens puts out a stiff arm during a game against Durand on Friday, Nov. 6 in Durand.

Cumberland's Jack Martens fights for yardage while a Durand player tries to bring him down during a football game on Friday, Nov. 6 in Durand.

Cumberland's Jack Martens runs with the ball during a game against Northwestern on Friday, Oct. 16 at Cumberland.

CUMBERLAND — Jack Martens entered his senior football season with high aspirations. They fell in line with those of his Cumberland teammates; namely, win the Heart O’ North Conference for the first time since 2012 and then mount a state tournament run come postseason play.

The journey to make that a reality started in the summer with a tent on the team’s football field. That way, the team would be able to continue offseason prep in an outdoor environment to stay in line with COVID-19 protocols.

“We had stuff in the mornings, we’d go down to the field to get stuff in, strength and conditioning,” Martens said. “But even after that, we’d get guys to go throw routes, we found some other schools to play 7-on-7. We did everything we could to get on the field. We spent almost the whole day together trying to get better because we had goals in mind.”

In the end, the pandemic eliminated the possibility of hitting one major target — the WIAA’s adjusted schedule did not include state championship games, limiting the postseason to a two-week exercise. The Beavers still took care of all the obstacles put in front of them. Cumberland went 7-0 in the regular season, claiming that Heart O’ North title and the team’s first undefeated conference crown ever. The Beavers then rolled in their postseason foursome, earning a regional title in dominant fashion while securing the program’s first undefeated season since 1930.

And with that, Martens leaves the wildest prep football season in the sport’s history with positive memories.

“Obviously we’d have liked to make a run and go to Camp Randall,” Martens said. “But we’re just happy to end on a win and have an undefeated season. We did all we could.”

Martens contributed greatly to the overall success and many of the Beavers’ top moments over the last few years. He hauled in 86 catches for 1,136 yards this fall, finding the end zone 19 times overall. He surpassed 100 yards receiving seven times, including an eye-popping 203-yard performance against one of the top teams in the Cloverbelt Conference, Durand.

The Beaver wideout was named the Heart O’ North offensive player of the year and earned the Al Toon Award from WisSports.net as the state’s top senior receiver. And that’s all before mentioning his work on defense, where he earned all-region honors as a defensive back and was named a first team All-Heart O’North selection for a second time.

Now, he can add one more accolade to the list: All-Northwest player of the year.

“I was talking to another coach as a partner and he kind of summed it up,” Cumberland coach Corey Berghammer said. “’I’ve never seen Jack Martens tackled for a loss.’ Every time he touched the ball there was positive yards. When you watch him play, that’s just the way it is. He plays with a desire and a grit that he’s not going to get stopped on anything. He just has a skill set that’s different.”

Competitiveness has been instilled in Martens from the beginning. That tends to happen when you have a twin brother. And while Josh moved away from football and toward basketball and baseball, that fire remained in Jack on the gridiron.

A four-year varsity player, Martens first burst onto the scene as a sophomore when he caught 56 passes for 785 yards and nine scores. Berghammer knew the Beavers had something special then. Martens, an honorable mention, was one of just two sophomores to earn a Wisconsin Football Coaches Association all-state nod that season.

A year later, he upped his totals to 94 catches, 1,190 receiving yards and 12 receiving touchdowns. Berghammer wondered if those numbers would go down this fall with teams putting their full weight into stopping him, but that didn’t happen at all. Part of that was his own work, another part the success of his teammates.

Both Berghammer and Martens’ father, Cumberland offensive coordinator Jace Martens, noted his eagerness to credit others for his success.

“I’m really most proud that he knows it’s a team game,” said Jace Martens, a former high school backup of current Wisconsin coach Paul Chryst. “When he gets all-state like he did last year he wanted a picture with the whole team. He didn’t want an individual picture. ... He had teammates come down to the all-state banquet. Those are the things that make me most proud and I’ll remember most.”

Indeed, Cumberland was far from a one-man show. Three additional Beavers made the two All-Northwest teams, including quarterback Maddux Allen. He and Martens combined to torment opposing defenses. Sam Schradle and DaShaun Ames gave the team more weapons to put into motion, and the O-line was vital considering where Martens often corralled the ball.

Cumberland’s offense was entertaining to watch and nearly impossible to stop. The core of the playbook was a series of jet sweeps and shovel passes as the Beavers worked to get the ball in Martens’ hands as often as possible and take advantage of the group’s overall speed.

Making the catch in the backfield was the easy part for Martens. Then he had to get to the outside, follow his blockers and make guys miss. Berghammer said he couldn’t remember a time this season where the first contact brought Martens down.

Don’t get complacent either. Allen and Martens showed a strong ability to connect downfield too.

The offense topped 40 points seven times this year, maxing out with 62 against St. Croix Falls. As expected with that level of production, few of the Beavers’ games were nailbiters. Even the team surpassing its biggest hurdle from last year, Northwestern, proved to be anticlimactic. Martens notched a pair of touchdowns as the Beavers handed the Tigers their first regular season loss since 2017 in shutout fashion, 28-0. Two weeks later, they knocked off Spooner 48-6 in a de facto conference title game.

In its postseason finale, Cumberland bested a strong Stanley-Boyd squad 46-17.

“Ever since eighth grade we were like, ‘We have a shot of being something great,” Martens said.

Martens announced earlier this week he’ll be continuing his football career next year at the Division I level, verbally committing to South Dakota of the Football Championship Subdivision. He’ll graduate in the spring boasting historic career totals. His 250 receptions ranks second in Wisconsin history, his 3,305 yards third and his 37 receiving touchdowns fifth.

“As a coach you are so caught up in your next opponent or how you’re going to game plan,” Berghammer said. “It really was toward the end of the year, with two weeks left, where I really realized historically what he’s accomplished. It’s just amazing for our community to be able to see this and especially for our young kids, to be able to see what he’s done from a historical standpoint. At the same time, they get to see him every day and see how much work it takes to be that type of player.”

He and his classmates are leaving a heck of a legacy.

“I don’t know if I’m ever going to have the privilege to have a team like this again,” Berghammer said, “with all the parts that we had and everything aligned the way it did. You always kind of hope that’s going to happen someday, but that doesn’t happen every day for us.”

In addition to player of the year Jack Martens, here are the rest of the players who made the 2020 Leader-Telegram All-Northwest football firs…