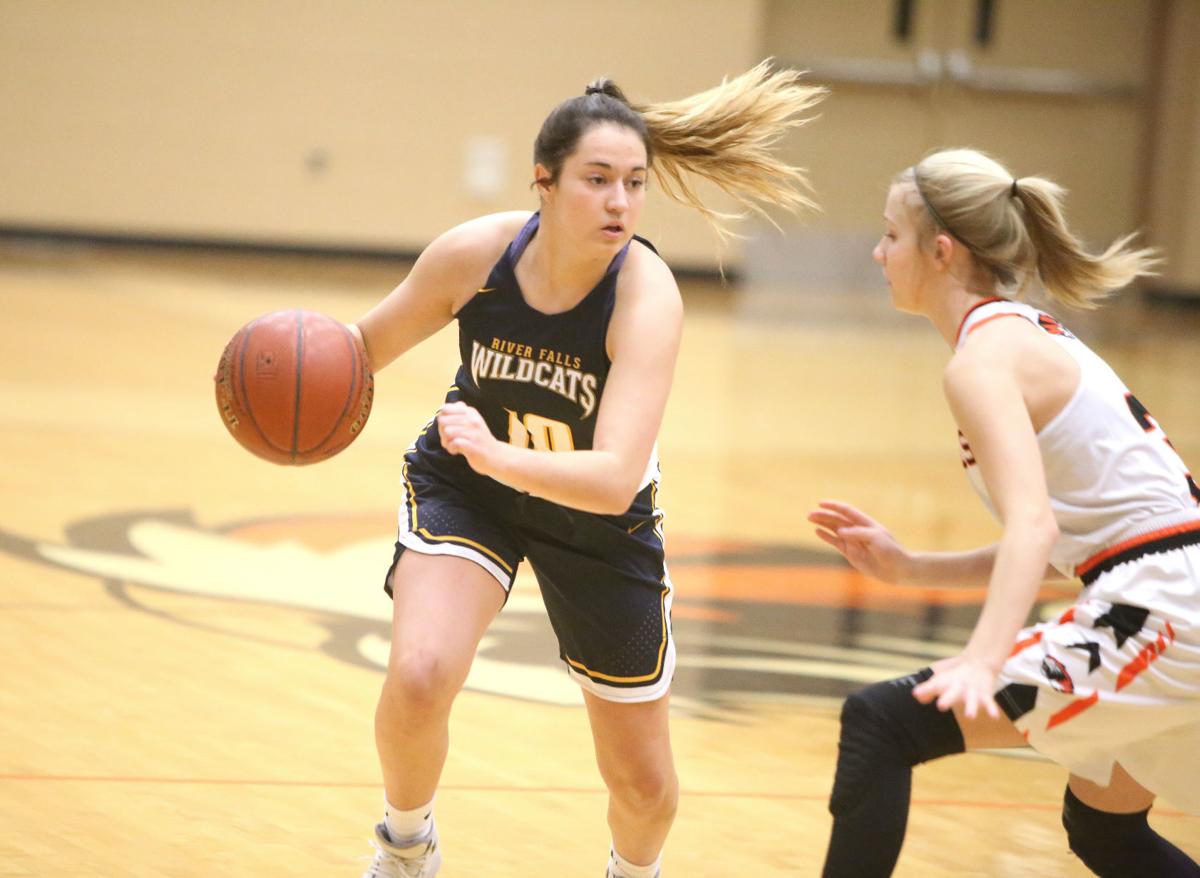 River Falls standout Kylie Strop (10) is shown during a game at New Richmond on Friday, Jan. 10, in New Richmond. 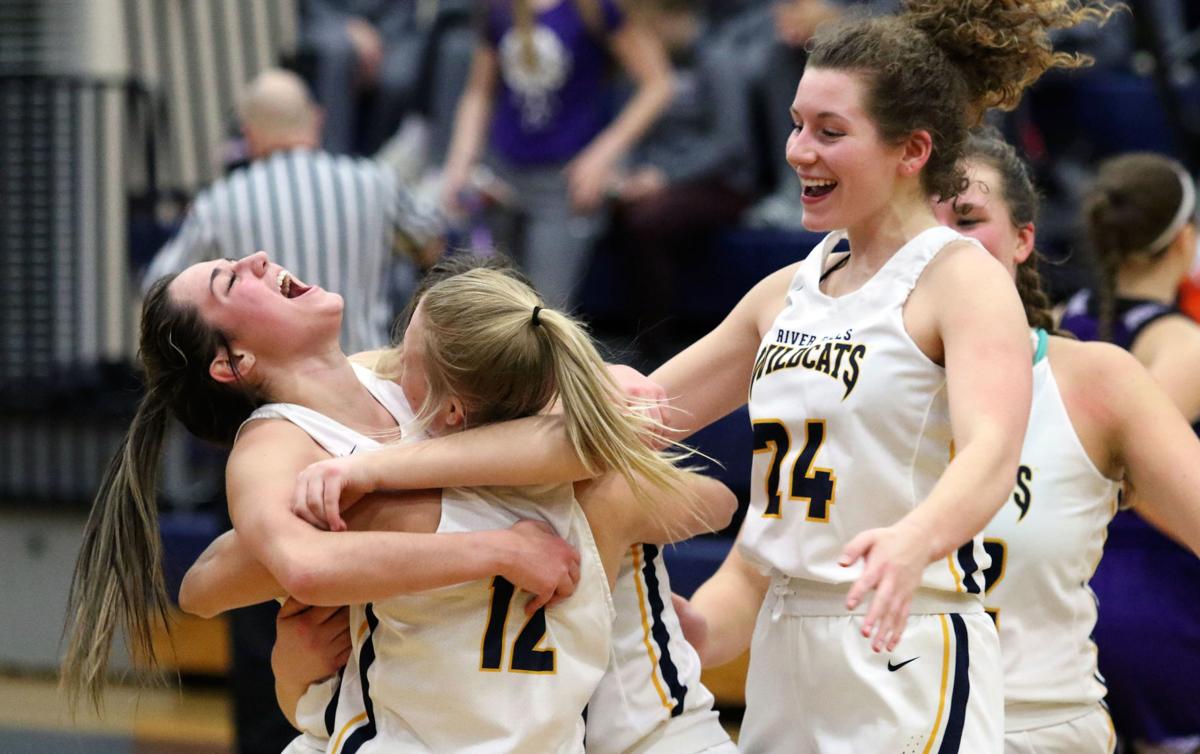 Senior Kylie Strop, left, lets out a yell as she celebrates with her River Falls teammates, including Jordan Szymanski (12), Abby Doerre (24) and Taylor Kasten after the Wildcats won the first conference title in program history with a 61-44 victory over Eau Claire Memorial Saturday, Feb. 15, in River Falls. 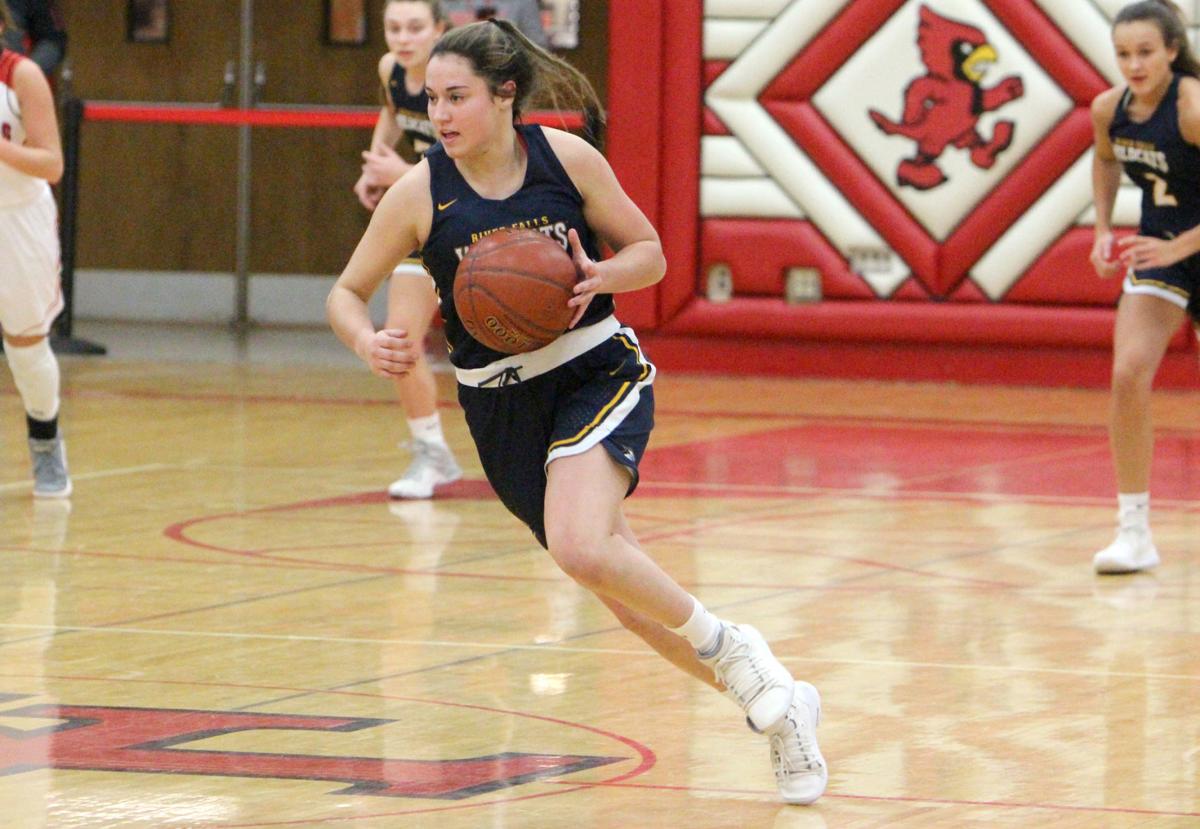 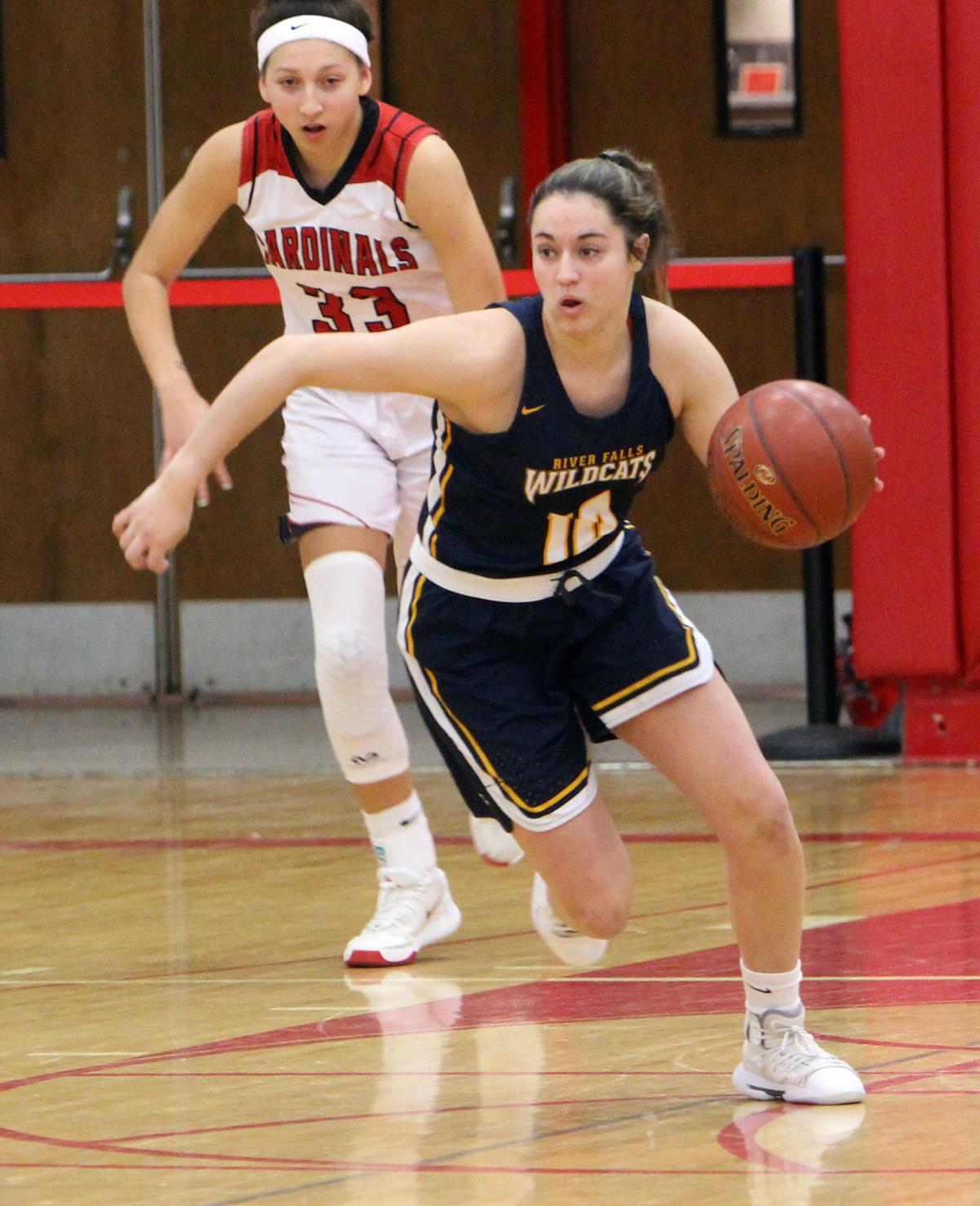 River Falls standout Kylie Strop (10) is shown during a game at New Richmond on Friday, Jan. 10, in New Richmond.

Senior Kylie Strop, left, lets out a yell as she celebrates with her River Falls teammates, including Jordan Szymanski (12), Abby Doerre (24) and Taylor Kasten after the Wildcats won the first conference title in program history with a 61-44 victory over Eau Claire Memorial Saturday, Feb. 15, in River Falls.

As Kylie Strop put it, she has a “killer mentality.”

Strop, working inside, grabbed an offensive board. When the next shot missed, she grabbed another, and then another. In the end, she went to the line for free throws.

“She’s just always in that attack mode,” Sticht said. “She wants to win in everything that she does, whether it’s a drill in practice or a game. She just competes on every possession.”

It’s a mentality that helped Strop lead the Big Rivers in all three major statistical categories during conference play, lead River Falls to the program’s first ever BRC title and claim the conference’s player of the year honors.

And now, it’s helped her earn All-Northwest girls basketball player of the year.

That game against Chippewa Falls, played on Jan. 28 in River Falls, served as a major turning point for the Wildcats. Chi-Hi, led by a pair of future college basketball players and All-Northwest selections in Caelan Givens and Aaliyah McMillan, seemed poised to claim at least a share of the Big Rivers title for a ninth consecutive season.

In addition to being an historic powerhouse in the conference, the Cardinals were also a bit of a bugaboo for Strop and her River Falls classmates. Going into that outing, Strop said she had never beaten Chippewa Falls at any level, going all the way back to her start in fourth grade.

She was all over the floor in the Wildcats’ first meeting of the year with Chi-Hi, scoring 17 points while grabbing 17 rebounds. Her teammate Taylor Weick led all scorers with 20 points as River Falls earned a narrow 61-54 victory.

“She was not going to lose to Chippewa again,” Sticht said.

It served as a major prove-it moment for the Wildcats. Both Strop and Sticht said that win showed the team they were capable of taking home that elusive conference title. And it made sense the Wildcats needed a dramatic sign to fully buy in after the forgettable seasons the squad endured at the start of Strop’s career.

She’s gotten playing time since her freshman year, when River Falls was looking to get out of the cellar of the conference. The Wildcats finished last in the Big Rivers in Strop’s first year, winning only one game in the BRC and six in total. They stayed in last in the conference in her sophomore year but saw improvements in the win category, claiming eight victories overall and two in conference play.

It may not have been obvious at the time, but that was the start of a gradual build for the program. Over Strop’s career, both the overall and conference win total climbed each season, with the BRC results flipping from 1-11 in 2016-17 to 11-1 this year.

“It was just really fun,” Strop said. “From my freshman season to my senior season, it’s crazy.”

The Wildcats weren’t able to complete the season sweep against Chippewa Falls, with the Cardinals getting revenge on their home court on Feb. 21. But that would be River Falls’ only BRC loss this season, giving the squad a one-game cushion vs. second-placed Hudson.

The title was secured with a 61-44 victory against another one of the school’s rivals for the conference title, Eau Claire Memorial, on Feb. 15.

“It felt amazing,” Strop said. “I was just so overjoyed and so happy. I didn’t even know what to do.”

River Falls High School got new banners to hang up in its gym this year, celebrating the many conference championships the school has claimed throughout its athletic department. But the school district only ordered the new banners for programs that already had conference crowns, meaning girls basketball was noticably absent.

Not now, though. The new banner arrived in time for the Wildcats’ end-of-year banquet.

Individually, Strop had her best offensive season as a junior, when she averaged 19.4 points per game. That clip dipped by nearly two full points per game in her senior year, but that didn’t mean she took a step back. Sticht said he saw her mature over her four years, which he credited to her playing time both for River Falls and in AAU, to the point where she was able to get others involved easily.

“You want to be on varsity your first year, then you want to start on varsity,” Sticht said. “Eventually you get to the realization you want to win on the varsity level. That’s kind of the progression we saw.”

The unselfishness made her even more difficult to defend.

And that competitive fire never wavered.

“I don’t really care who you are, I’m going to try and fight for it if I can,” Strop said. “Sometimes if I’m not having the best offensive game I’ll try to make up for it in other ways, work super hard on defense or getting boards or getting my teammates open.”

“When I went up there I just kind of fell in love with everything,” Strop said. “I love their entire staff. I met the girls and they were super nice, they were great. The facilities were awesome. I like the area, and it’s also far enough away from home where I can be by myself and also come back too.”

Strop graduates second on River Falls’ career scoring list with 1,542 points, only trailing Murphy. She played 95 games in her varsity career, which came to an end with a loss to New Richmond in the regional finals.

Most of all, she helped leave the program better than she found it.

“I thought we could have went a lot further,” Strop said. “I think everybody did. We still had a great record-breaking season that people will remember.”