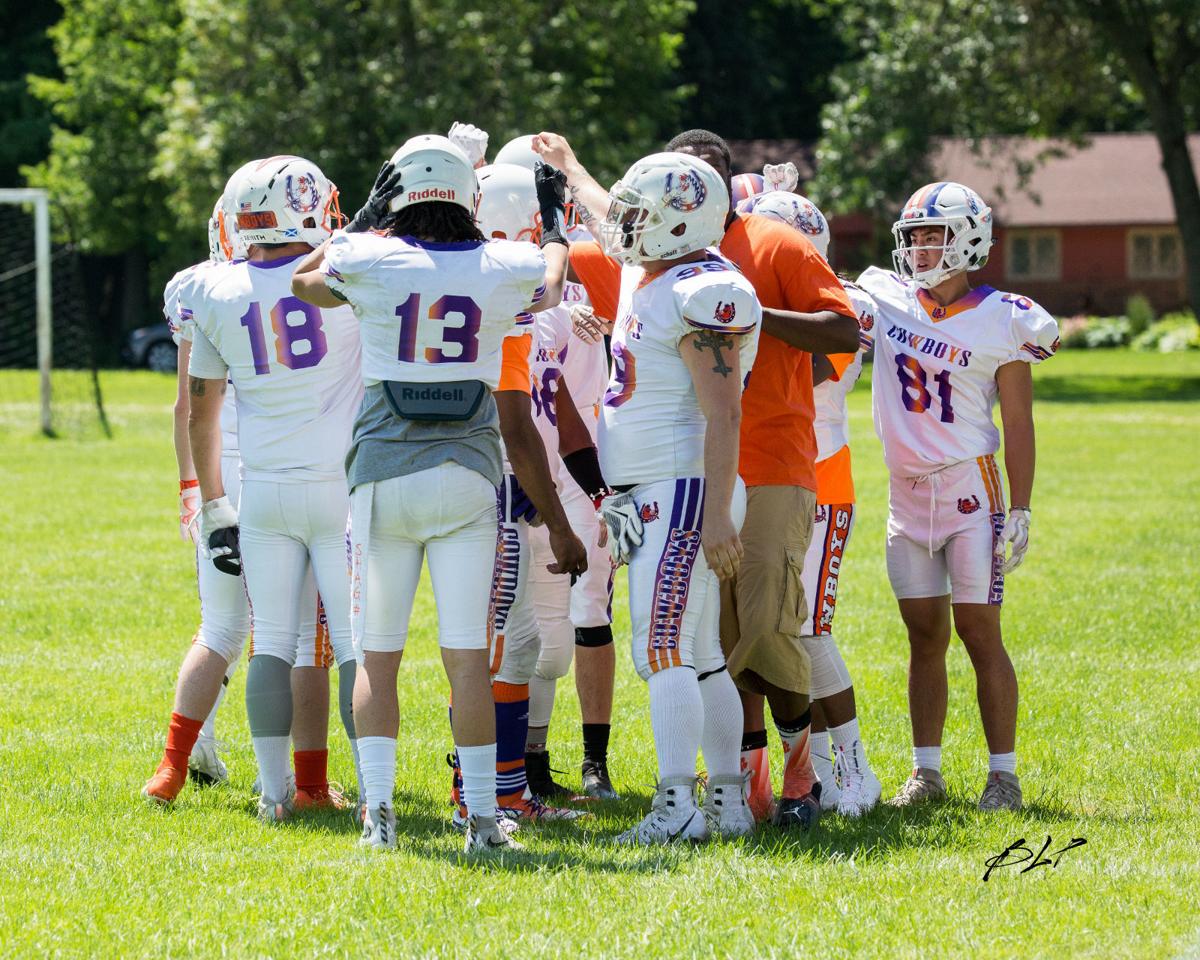 Members of the Northern Light Cowboys gather together during a game against the Marshfield Bandits on June 27 in Marshfield. 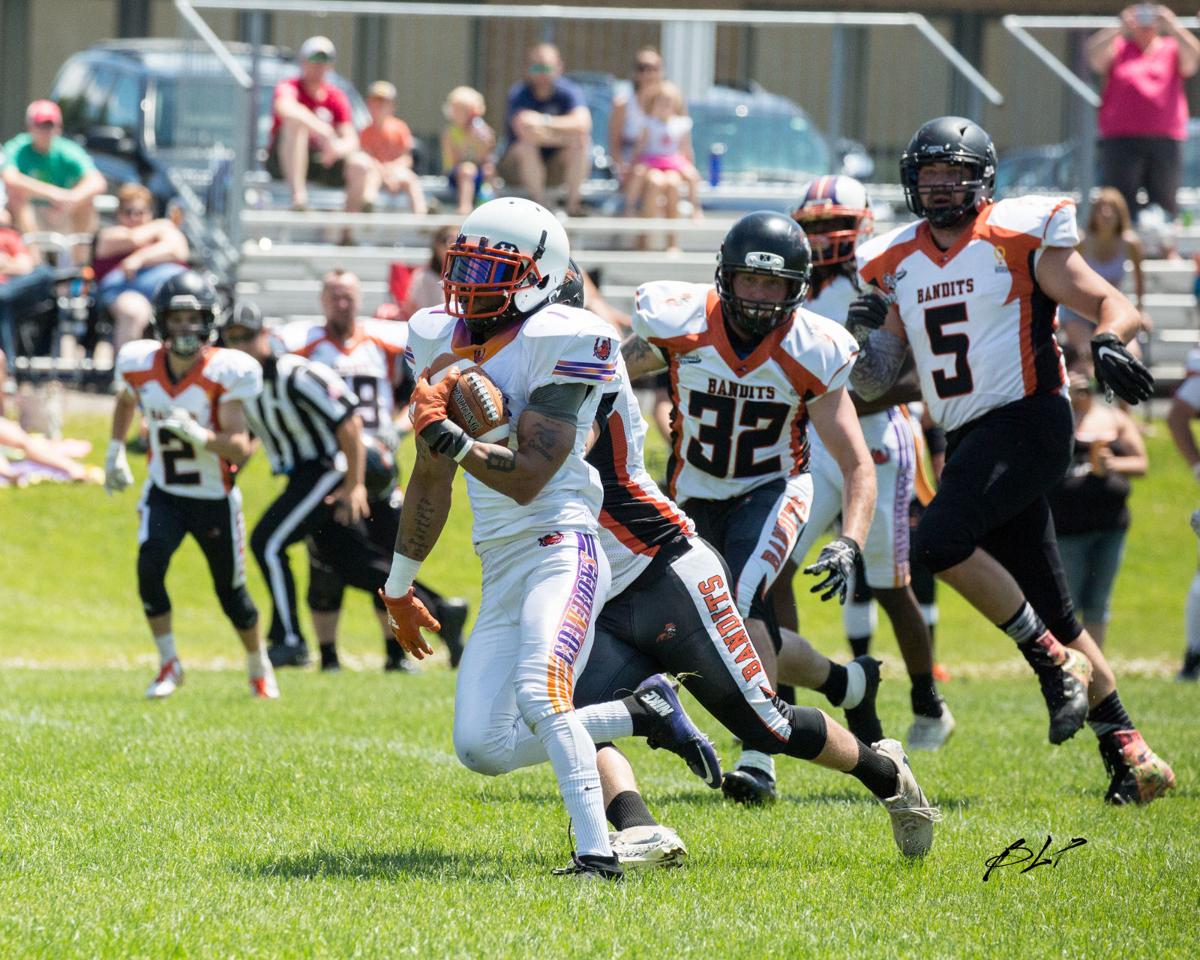 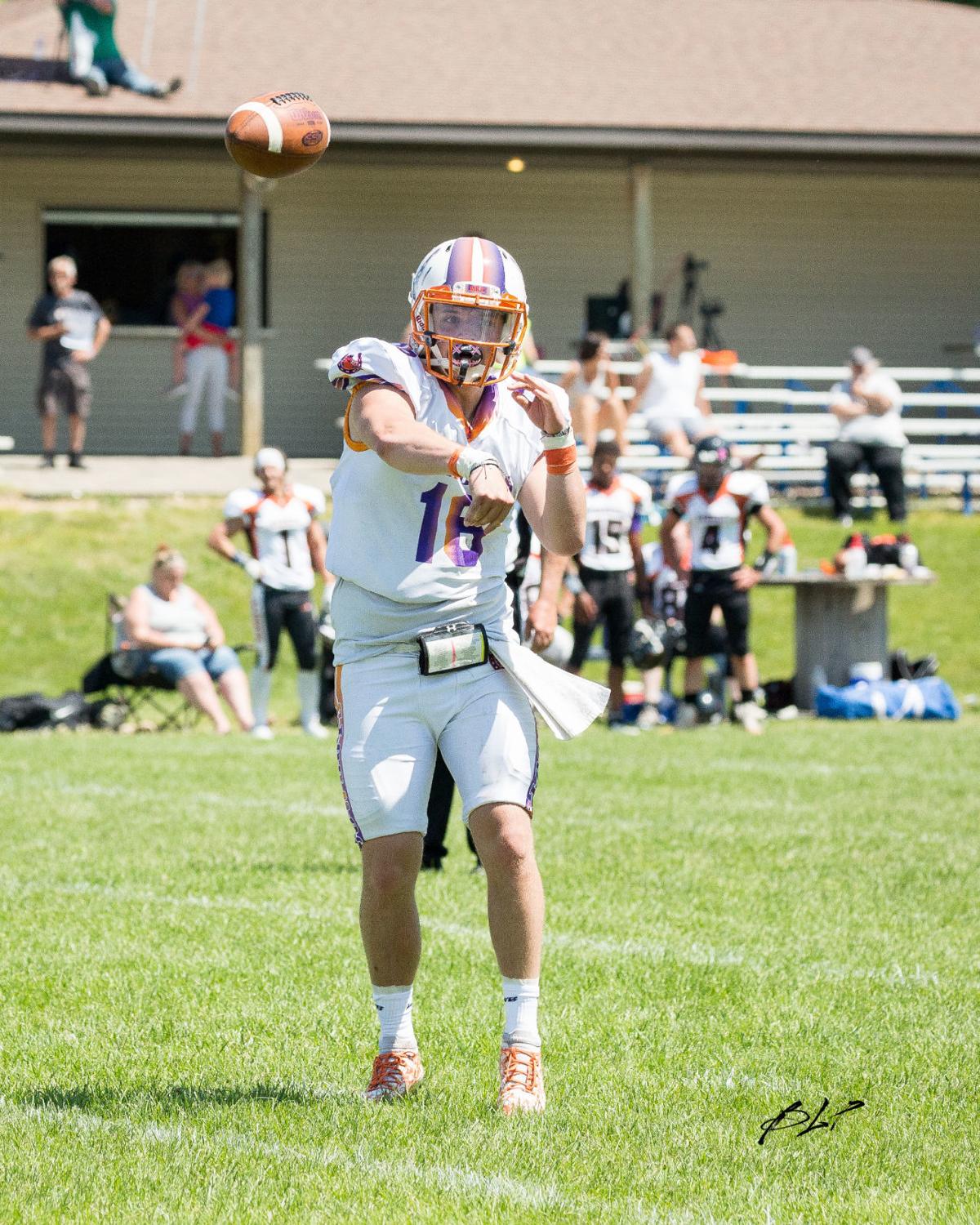 Members of the Northern Light Cowboys gather together during a game against the Marshfield Bandits on June 27 in Marshfield.

As high school football teams around the state cross their fingers in hopes of a season this fall, one local squad was able to hit the field for some pigskin.

The Northern Light Cowboys, an amateur team based out of Eau Claire, traveled east on June 27 for a non-league game against the Marshfield Bandits. It was a strong showing for the Cowboys on the field, a 48-16 triumph with mostly family watching on from the bleachers.

“It felt great, just the atmosphere with all the fans there,” said quarterback Daniel Huppert, a 2018 Chippewa Falls graduate. “It was just a great turnout, great to be out there.”

The game marked the start of a peculiar season for the Cowboys, who won’t be able to play at their usual home or in the league they planned on participating in due to the coronavirus pandemic. Carson Park’s athletic facilities are closed, and the Champions Amateur Football League started without the team in June while Northern Light was working to find a field for practices and games.

Due to lighter restrictions in Wood County, the newly launched Marshfield franchise had the facility and capability to host the Cowboys in a matchup that served as a major tune up for everyone involved. The Cowboys’ practices have been limited, both in frequency and participation, due to COVID-related logistical hang-ups.

“It was just a good, fun, down to earth game,” Cowboys team manager Brittany Lofgren said. “It was good to work some of those kinks out and get our players on the field for the first time.”

Football by nature is a physical sport, one that features sustained contact between players and a high chance of respiratory particles being shared. That’s why the WIAA listed it as among the sports with the highest risk during the coronavirus pandemic, along with wrestling.

The WIAA’s sport-specific guidelines released last month call for social distancing on the field and the sidelines, sanitation of footballs and other equipment and limiting certain drills or interactions depending on the level of risk in a local area.

Lofgren noted the difficulty of mitigating risk while playing football. Some players have opted to sit out for the safety of themselves and their families.

The Cowboys and Bandits didn’t shake hands before or after the game, but for the most part, Lofgren said the opener was run like a normal football game.

“If players want to play, they’re kind of signing on for that risk on their own,” Lofgren said.

Both Huppert and Cowboys wideout Trae Griffin feel playing is worth the risk. Griffin, who made his Cowboys debut against the Bandits, said it wasn’t a difficult decision at all.

“I love the game way too much,” said Griffin, who previously played amateur ball in Hudson and the Twin Cities. “My first opportunity to play football called, I was, ‘Yeah, I’m there.’ No questions asked.”

Lofgren said the Cowboys have found a home for the summer in the MidStates Football League, which pushed back the start of its season from June 13 to Aug. 8. Where home games will be played is still up in the air, so she requested fans keep up to date with the team’s website.

“We’ve been asking around, but we obviously can’t play in the city of Eau Claire or the city of Altoona,” Lofgren said. “We’re looking at possibly Chippewa, if they’ll let us go up there. But we don’t know for sure yet where we’re going to be playing.”