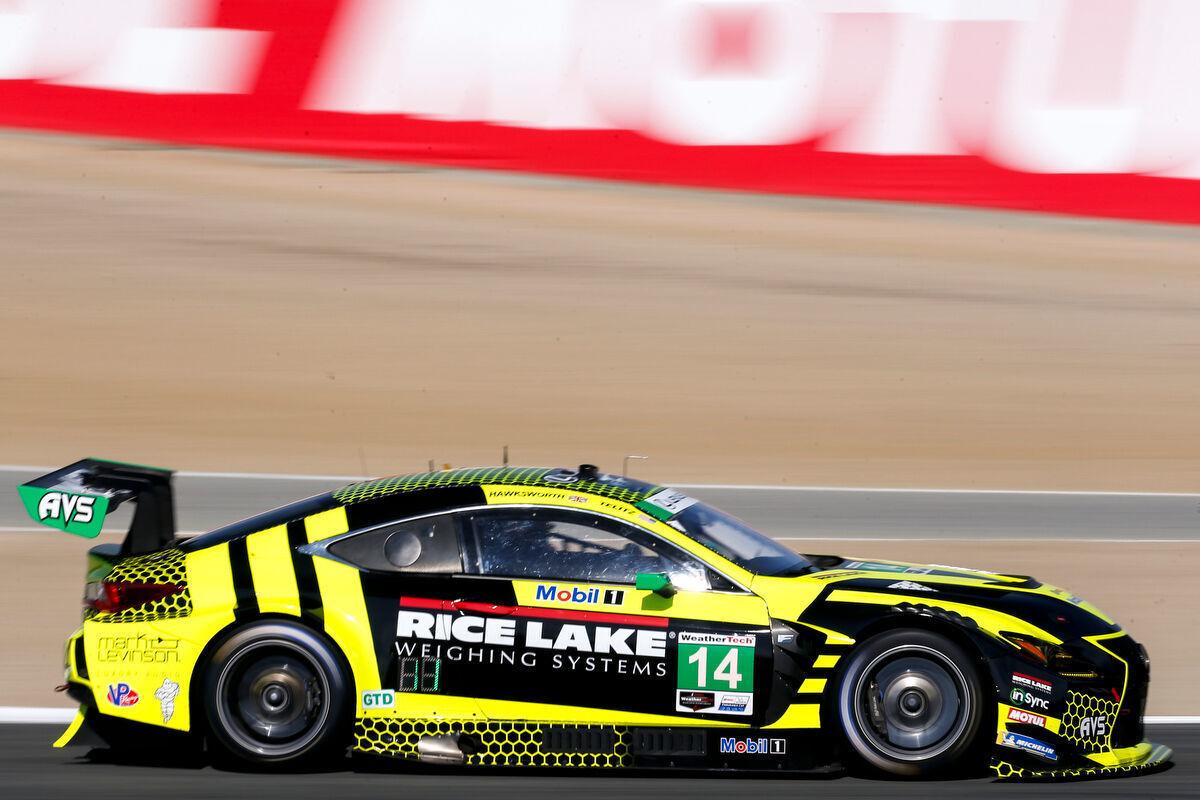 The No. 14 AIM Vasser Sullivan Lexus driven by Birchwood native Aaron Telitz and teammate Jack Hawksworth takes to the track during the Hyundai Monterey Sports Car Championship on Nov. 1. 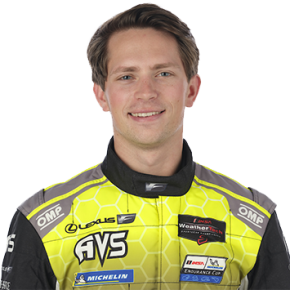 Aaron Telitz has a chance to complete this season on top.

The Birchwood native and former UW-Eau Claire Blugold is in his first full season racing in the International Motor Sports Association WeatherTech SportsCar Championship, and heading into the final race, Telitz remains in the top five of the driver standings for the GT Daytona class.

“This is the second year that AIM Vasser Sullivan has control of its Lexus RC F GT3 race car,” Telitz said, “so it’s just a product of the team putting the car together a little bit better, learning what makes it work, what doesn’t work.”

Telitz has helped guide No. 14 Lexus for AIM Vasser Sullivan to a few wins this season at the 240 at Daytona, Cadillac Grand Prix at Sebring and the Acura Sports Car Challenge at Mid-Ohio, paving the way to a IMSA WeatherTech Sprint Cup Championship. The Sprint Cup features seven of the 11 WeatherTech Championships GTD races.

“Our goal for the last race is we’re going all out,” Telitz said. “We’re trying to win. The only way we’re going to win the championship is by us winning the race.”

Telitz led the points standings, with teammate Jack Hawksworth right behind him, heading into the penultimate race, the Hyundai Monterey Sports Car Championships at Laguna Seca on Nov. 1.

Telitz and Hawksworth started from behind after qualifying and couldn’t make up ground, finishing the day in 11th place. Mario Farnbacher and Matt McMurry claimed first place to move past Teltiz for first in the standings.

Farnbacher and McMurry each have a season score of 256, with Patrick Long and Ryan Hardwick at 249. Telitz is in fifth at 248, with Hawksworth two points behind him. Winners receive 35 points, with 32 for second, 30 for third and 28 for fourth. After that there is a decrease of one point for every place behind the leader.

The No. 14 car will have a chance to bounce back on a course it won at earlier this season, although that was just a 2:40 race.

The 12 Hours of Sebring is one of four races on the schedule that exceed three hours and one of three that is at least 10 hours long. The season has featured the Rolex 24 at Daytona, the 10-hour Motul Petit Le Mans near Atlanta and finally the the 12-hour race on Saturday to close the season.

Endurance racing presents its own challenges, Telitz said. Each team will feature three drivers who rotate multiple times behind the wheel. Telitz will be joined by Hawksworth and Kyle Kirkwood. Telitz said this style of race is about avoiding mistakes early. You have to bring your best all day because an early error could end the race for the team.

“The first part of the race is about managing the car, making sure you’re not wearing out the breaks, abusing the gear box or the engine, going off track a lot — or anything like that,” Telitz said. “It’s just about being smooth and consistent and getting the car to the end of the race. Then you got a fight.”

There isn’t a long turnaround heading into the next season after much of the SportCar Championship schedule was postponed to later this year due to the pandemic. The 2021 season begins with Rolex 24 at Daytona on Jan. 31. Telitz hopes to be back racing for AIM Vasser Sullivan next season, but he’s also open to a return to his roots if the opportunity presents itself. He came up through the ranks in open wheel racing, from karts all the way to Indy Lights, the step below Indy Cars. When some open wheel racing opportunities weren’t as prevalent, Telitz made his way to SportsCar last year.

Telitz has also brought local sponsor Rice Lake Weighing to his new venture in SportsCar. The Rice Lake Weighting logo has been prominently displayed during a couple of races this season and Telitz said it’s been great to embrace his Wisconsin roots with a long-time sponsor of his throughout his racing career.

“It’s really cool to bring along the company that helped me get going in racing,” Telitz said, “and now that I’ve made it to a top level, and they’re still there. I think that’s a really cool thing.”

After having made the full-time jump to SportCar this season, Telitz was eyeing a smooth transition. He hoped to have the No. 14 prepared to battle it out on top the leaderboard all season, and he’s done just that. With a couple of goals already in hand, Telitz and the No. 14 team are looking to finish the season strong.

“For us to win the Sprint Championship, both manufacturer and driver this year, that’s huge already for us. Now we’ve got one more to check off the list. It’s going to be a little tougher to do and 12 hours of Sebring being the last race of the year, you never know what might happen.”