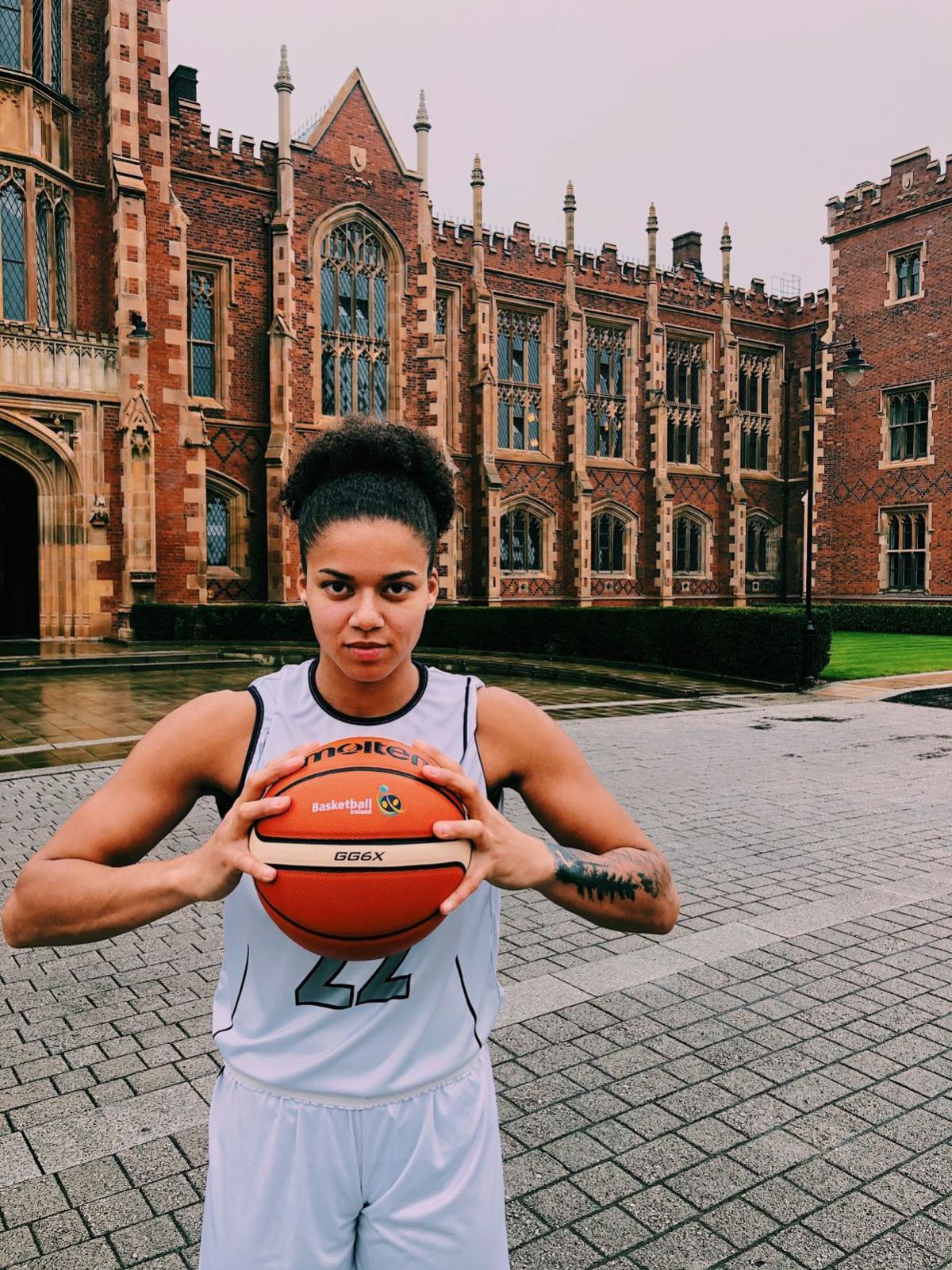 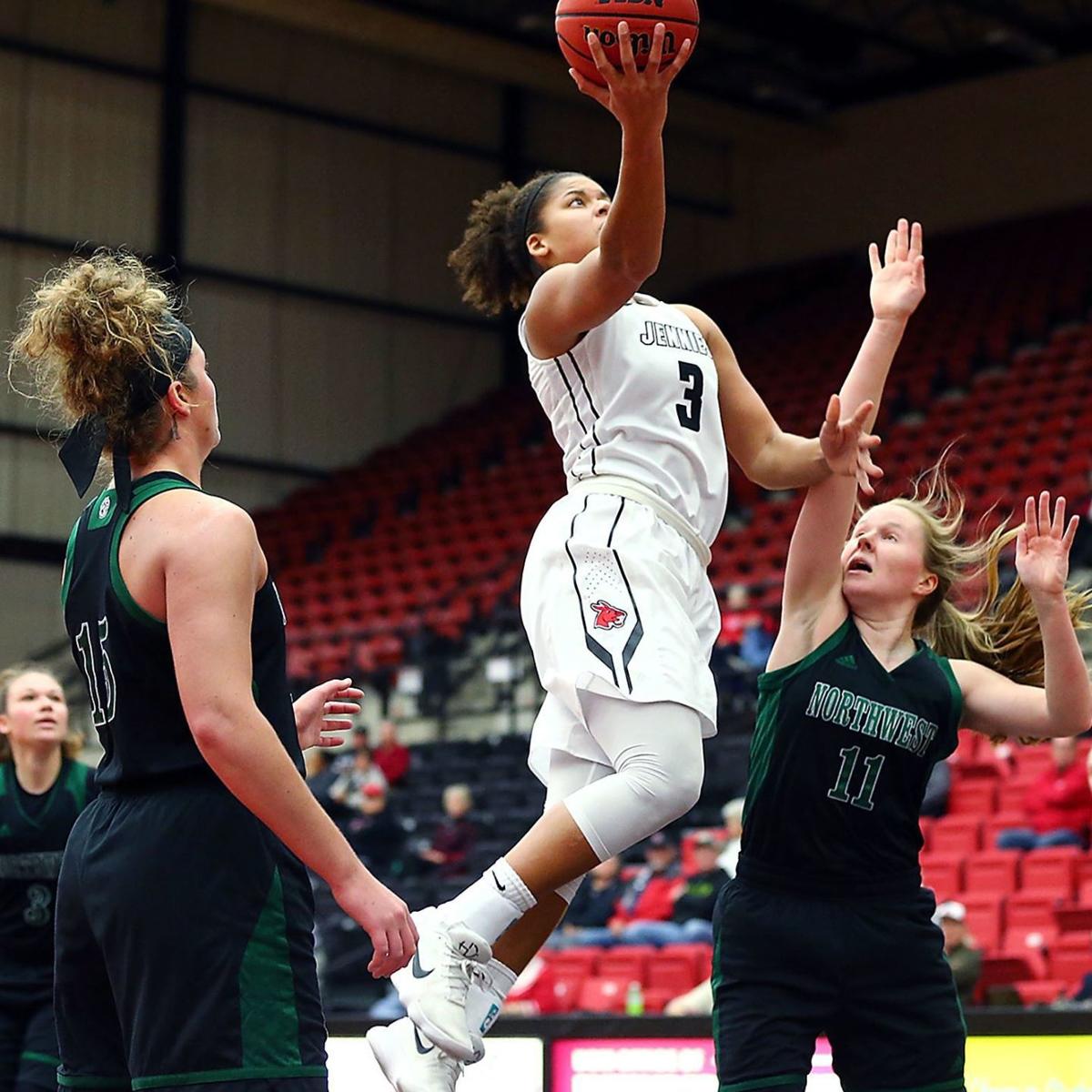 North grad Kayonna Lee puts up a shot for Central Missouri, where she played the final two years of her collegiate career. 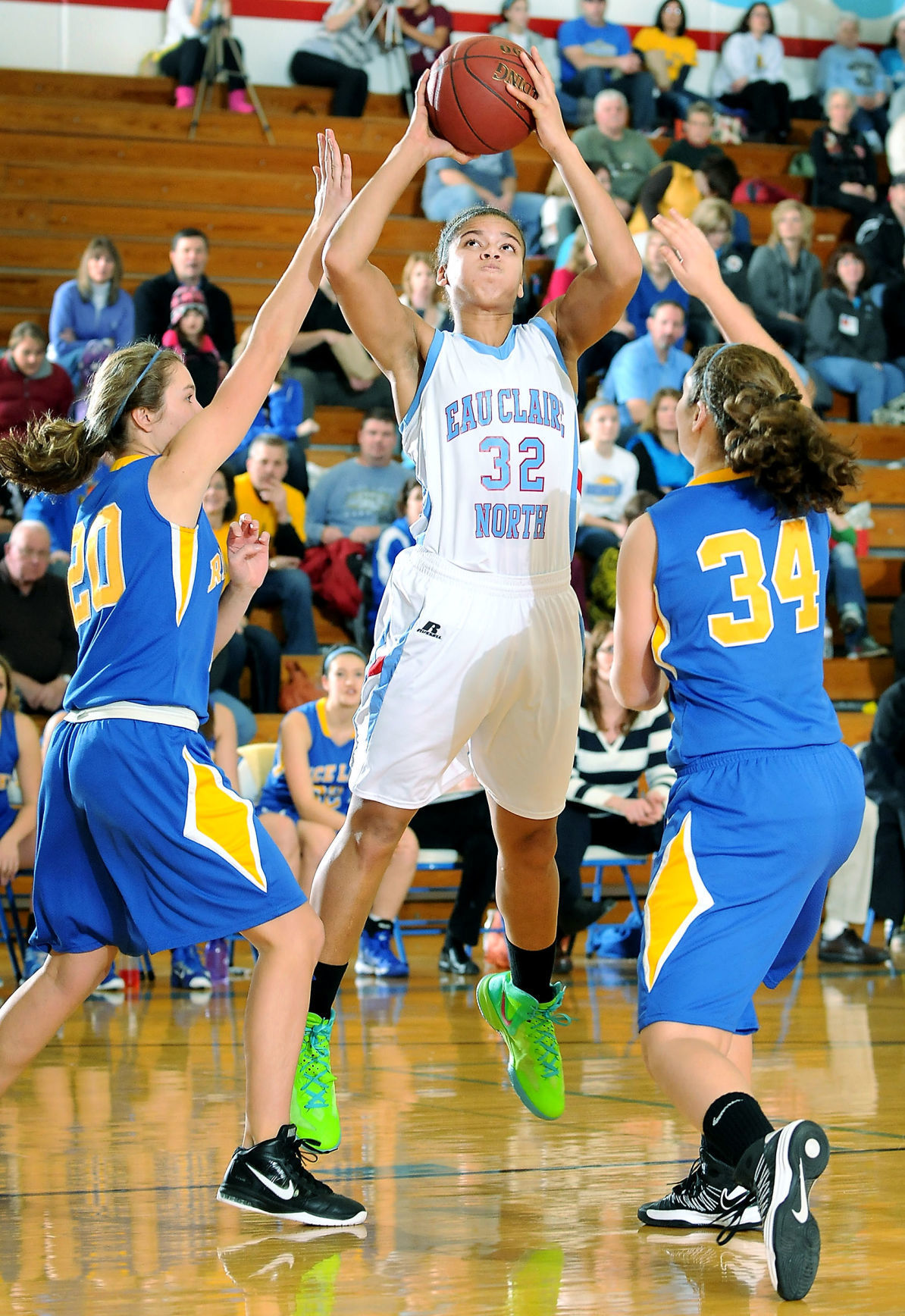 Kayonna Lee puts up a shot while with North in the first quarter between Rice Lake's Staephanie Baribeau, left and Josie Buckley during girls basketball action on Dec. 14, 2012.

North grad Kayonna Lee puts up a shot for Central Missouri, where she played the final two years of her collegiate career.

Kayonna Lee puts up a shot while with North in the first quarter between Rice Lake's Staephanie Baribeau, left and Josie Buckley during girls basketball action on Dec. 14, 2012.

Kayonna Lee should be in Australia right now, continuing to carve out a professional basketball career overseas.

The former Eau Claire North Husky-turned-pro signed a deal to play with the Mackay Meteorettes this summer, marking the next step in a professional journey that has already had stops in Oshkosh and Northern Ireland.

“It was going to be a really good spot, a good place for me to showcase my abilities,” Lee said earlier this week. “Great challenge in that league, the NBL1. ... I was really looking forward to that but obviously COVID put a stop on sports right now.”

Instead, she’s back in her hometown, stuck until the effects of the pandemic blow over. That offer to play in Australia is gone too, since the league has canceled its season like many others around the globe.

It’s certainly a blow, but it will take more than a hiccup to dash Lee’s dreams of a lengthy professional career. It’s a path she’s known she wanted to follow since her days playing in the Doghouse.

“I think that comes with manifesting things you want in life,” Lee said. “For me, I was like, ‘My desire is to continue playing basketball, no matter where that is.’”

The where has changed a handful of times for Lee, starting in Eau Claire. She was an All-Northwest first team selection and Big Rivers player of the year as a senior, averaging 14.7 points and 8.4 rebounds per game while also terrorizing on the defensive end. In 2011, her sophomore season, Lee helped the Huskies earn their first trip to the state tournament in 30 years.

Michelle Peplinski, the former head coach of the Huskies and current Altoona girls head coach, remembers Lee arriving to the program as a quiet, humble teenager who looked ready to step into a role at the high school level as a freshman. Behind the modest demeanor, that competitive edge was there.

“I just remember one of the things she mentioned when I was first talking to her was her goal was to play high school basketball, play college basketball and hopefully play professionally,” Peplinski said. “I think that was a goal that she set for herself. Not that other athletes don’t have those aspirations to continue playing after high school, but with Kayonna you just knew it was different. It was just in her blood to compete.”

Lee was originally planning on going to Illinois State, but a coaching change led her to Johnson County Community College for a pair of years before transferring to Division II Central Missouri. The Lady Cavaliers went 65-3 while she was at JCCC, winning a NJCAA DII national championship in 2015. Lee earned another ring at Central Missouri, this time an NCAA DII title as a senior in 2018, while upping her efficiency offensively and continuing to build a reputation as a steady defender both inside and out.

She was a two-time Mid-America Intercollegiate Athletics Association All-Defensive team member and the Defensive Player of the Year as a senior.

“We just got into a habit of switching everything,” Central Missouri coach Dave Slifer said following her final campaign. “She’d put enough ball pressure on those guards that nobody had easy looks inside. I think her versatility was her biggest asset.”

After a year as a graduate assistant, she was set to join the professional ranks last summer. But even with her decorated resume and ties to winning programs, Lee faced the stigma that any non-Division I athlete faces. Before heading overseas she’d have to prove herself in the U.S., and thankfully for her there was an opportunity not too far from home.

Lee entered the professional basketball world just as the Wisconsin GLO, a semi-professional team based out of Oshkosh, planned to embark on their inaugural season. She signed on with the squad to kickstart her post-collegiate career, and once again she helped a team claim hardware. The GLO thwarted the Flint Monarchs’ quest for a fourth straight Global Women’s Basketball Association title with an 80-78 victory on Wisconsin’s home court.

“A great opportunity to play with a group of girls that are extremely talented,” Lee said. “All of them either were already overseas or if not, headed overseas that summer season.”

Most importantly for Lee, the time with the GLO helped her met her agent, Matt Krejci, who worked to lock down that previously unattainable contract in Europe. She turned her opportunity with the GLO into a job this winter in Northern Ireland with the Belfast Rockets, signing with the squad officially in the fall.

“Kayonna’s ability to play any position really impressed me,” Rockets coach Breda Dick told the Leader-Telegram in an email. “Her ability to rebound, score and strong defense was very evident in her tapes.”

Dick said Lee had a major impact on the Rockets, who play in the second level of Irish women’s basketball. She praised Lee’s rebounding, transition game and basketball smarts, which helped her work as a strong facilitator. There were some adjustments for Lee, both on the court and off it. A few rule changes took some getting used to, like how players can’t call timeouts, and she had to learn a whole new dictionary of overseas slang.

But she found comfort and took in the experience.

“Just traveling and seeing diverse areas was pretty neat,” Lee said. “Everything was green and fresh. It is beautiful.”

Her season was called off with only a few games left on the Rockets’ schedule. She said she wasn’t sure she’d even be able to come back to the U.S. amid the pandemic at first, but after some travel hang-ups she made it back to Wisconsin.

“It was definitely chaos,” Lee said.

Her move to Australia was supposed to be another step up the professional ladder, but that will have to wait for now. Lee is looking at the silver linings. She originally thought she’d only see her family for a couple weeks. Instead she’s been back for months, valuable time considering her job is taking her around the world. She has a hoop at her house and is watching film, working out and connecting with other basketball players in the Chippewa Valley.

And the opportunities are there once things get back to normal. Lee said she’s had a couple offers already but understands this is a waiting game.

“Teams are noticing my defense, my ability to quickly change directions,” Lee said. “You don’t see a lot of players that can play both sides of the floor right now.”

With championships at three different levels at the age of 25, whoever does land Lee should know they’re getting a winner.

“Her dedication, commitment, intelligence and hard work is why Kayonna will always be on championship teams,” Dick said.